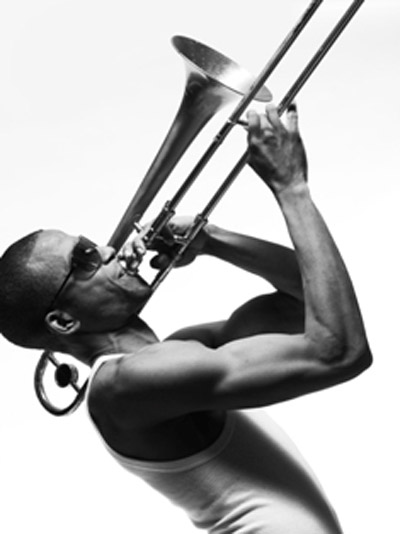 At just 24 years old, Troy (aka "Trombone Shorty") Andrews has already performed with stars such as Lenny Kravitz, U2, Green Day and Aerosmith. Hailing from New Orleans' Treme neighborhood, he attended the elite New Orleans Center for the Creative Arts and quickly became a staple on the city's music scene, following in the footsteps of his older brother and bandleader James Andrews. In 2007, music magazine Offbeat named him Performer of the Year.

Fresh from the annual JazzFest in New Orleans, his new album "Backatown," is heating up the Billboard charts. The album debuted at No. 1 on the contemporary jazz charts and stayed there for almost nine weeks. It currently sits at No. 5 on the jazz chart and has been steadily climbing up the "Heatseekers" chart.

This event has no opening act; Trombone Shorty will take the stage for two sets at 6:30 p.m.

Artpark's Outdoor Amphitheater opens to the public at 4 p.m. on event nights, and can be accessed via the upper park's Portage Road entrance off of Center Street or through South Fourth Street nearest the Mainstage Theater.

Carry-ins (food and beverages) are prohibited at all of Artpark's free concert events. On-site parking is available. The New York state parking fee is $10.