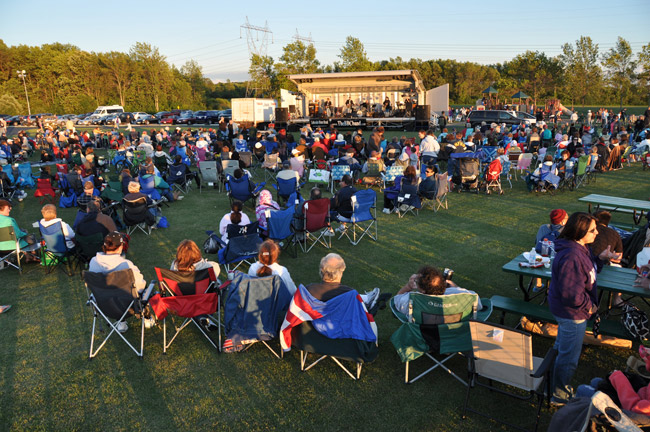 The Town of Niagara opened its summer concert season at Veterans Memorial Park off Lockport Road last week with two bands, plus fireworks to celebrate Independence Day. Shown in the pictures: young fans at the stage while the BBC Band performs, some of the crowd at the concert, town employees Phil Fending and Phil Mitchell manning the concession stand grill, and, since it was much cooler last week, concert-goers bundled up and comfortable. Next up is the town's third annual American Graffiti Concert on July 19 with Then & Now and Shama Lama. (photos by Marc Carpenter)