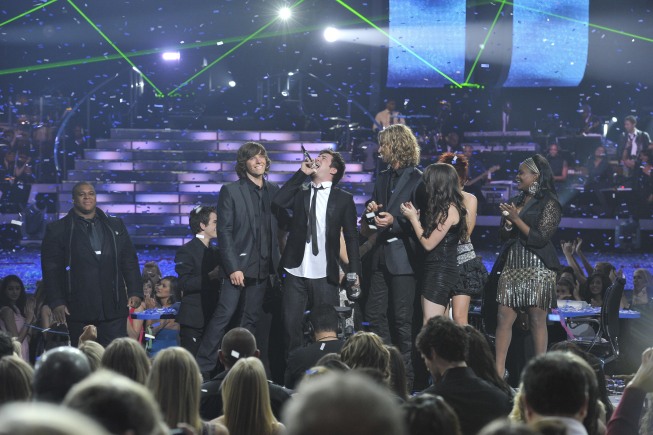 Before "American Idol," Lee DeWyze worked as a paint store clerk in Mt. Prospect, Ill. Kris Allen was a college student from Conway, Ark. David Cook tended bar in Blue Springs, Miss. Chris Daughtry was a service advisor at a car dealership in Greensboro, N.C. Carrie Underwood lived on a farm in Checotah, Okla. Jennifer Hudson was a cruise ship performer from Chicago. Kelly Clarkson was a waitress from Dallas. One audition changed the rest of their lives.

Once again, aspiring singers will have the opportunity to audition in cities across the country to become the next "American Idol," as the No. 1 show on television begins auditions for its milestone 10th season on Saturday, July 17 in Nashville, Tenn. The search for the next singing superstar will continue in Milwaukee on Wednesday, July 21; New Orleans, on Monday, July 26; East Rutherford, N.J., on Tuesday, Aug. 3; Austin, Texas, on Wednesday, Aug. 11; and San Francisco, on Thursday, Aug. 19.

In celebration of the momentous 10th anniversary and in an effort to continue to find the best undiscovered talent in the nation, "American Idol" is expanding the eligibility age range for the first time ever to include hopefuls from 15 to 28 years old. (The previous minimum age requirement was 16.)

"A lot of young, talented people are now seeking careers and representation before they turn 16," said Cecile Frot-Coutaz, executive producer of "American Idol." "Lowering the age limit allows us to tap into this talent pool."

AMERICAN IDOL auditions will be held as follows:

Audition information, including forms and requirements, will be available online at americanidol.com. Visit americanidol.com for exclusive videos, interviews and photos from auditions, as well as special behind-the-scenes information and all of your "American Idol" news.

Categories
Behind the Screens Entertainment On Stage