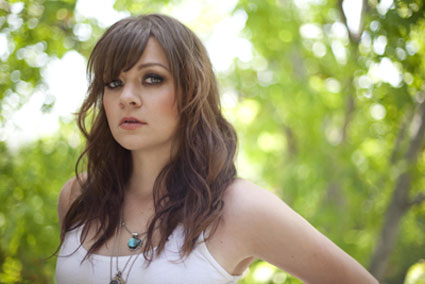 Grand Island native Stacy Clark will release her first recording with Vanguard Records, "Connect the Dots," on Aug. 10. Fans can get a taste of the latest album when Clark returns to Western New York to open for America at Artpark on June 29.

Now living in Southern California, Clark has a charming, idiosyncratic voice and heartfelt lyrics that have already won over several of television's top music supervisors. Songs from Clark's self-released 2007 album "Apples and Oranges" have been featured on such youth-oriented shows as The CW's "One Tree Hill," MTV's "The Hills," "The Buried Life," "My Super Sweet Sixteen," Bravo's "The Rachel Zoe Project," and VH1's "The Price of Beauty."

The 12 songs on "Connect the Dots" are produced by Matt Appleton (Panic! At the Disco, The Veronicas).

Among Clark's numerous charitable affiliations are Habitat For Humanity, The American Red Cross, and The National Multiple Sclerosis Society. She recently aligned herself with To Write Love On Her Arms, a non-profit movement dedicated to helping people who struggle with depression, addiction, self-injury and suicide.