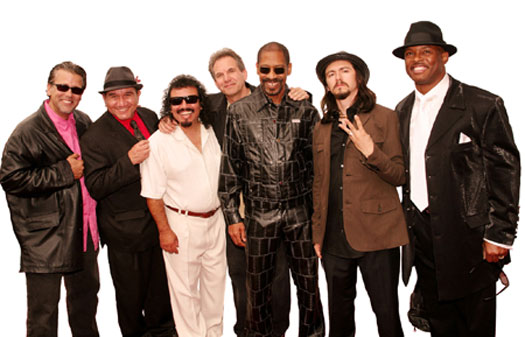 It's summer. And, with summer comes the annual excitement of Artpark's summer-long free concerts.  First Niagara presents "Tuesday in the Park." The free concert series gets under way June 15 with popular 1970s funk outfit War.

The group is best known for hits, "Why Can't We Be Friends," "Lowrider," "Spill the Wine," and more. War returns to Artpark for their second appearance at the "Tuesday in the Park" series. In 2008, the band closed out the season with a memorable jam session on the Amphitheater stage.

All of Artpark's free concert events begin at 6:30 p.m. Artpark's Outdoor Amphitheater opens to the public at 4 p.m. on event nights, and can be accessed via the upper park's Portage Road entrance off of Center Street or through South Fourth Street nearest the Mainstage Theater.

War was one of the most eclectic bands of the' 70s, freely melding soul, Latin, jazz, blues, reggae and rock influences into an effortlessly funky whole. Although War's lyrics were sometimes political in nature (in keeping with their racially integrated lineup), their music almost always had a sunny, laid-back vibe emblematic of their Southern California roots. Their classic songs have made successful comebacks, after being featured in TV shows and movies, as well as being sampled or covered by other artists.

The evening's opening act is Then & Now.

Like all of Artpark's free concert events, each evening includes a wide variety of family-friendly, hands-on art workshops, including drawing, face-painting, dress-up, self portraits and more.

Food and beverage carry-ins are prohibited at all of Artpark's free concert events. On-site parking is $10.