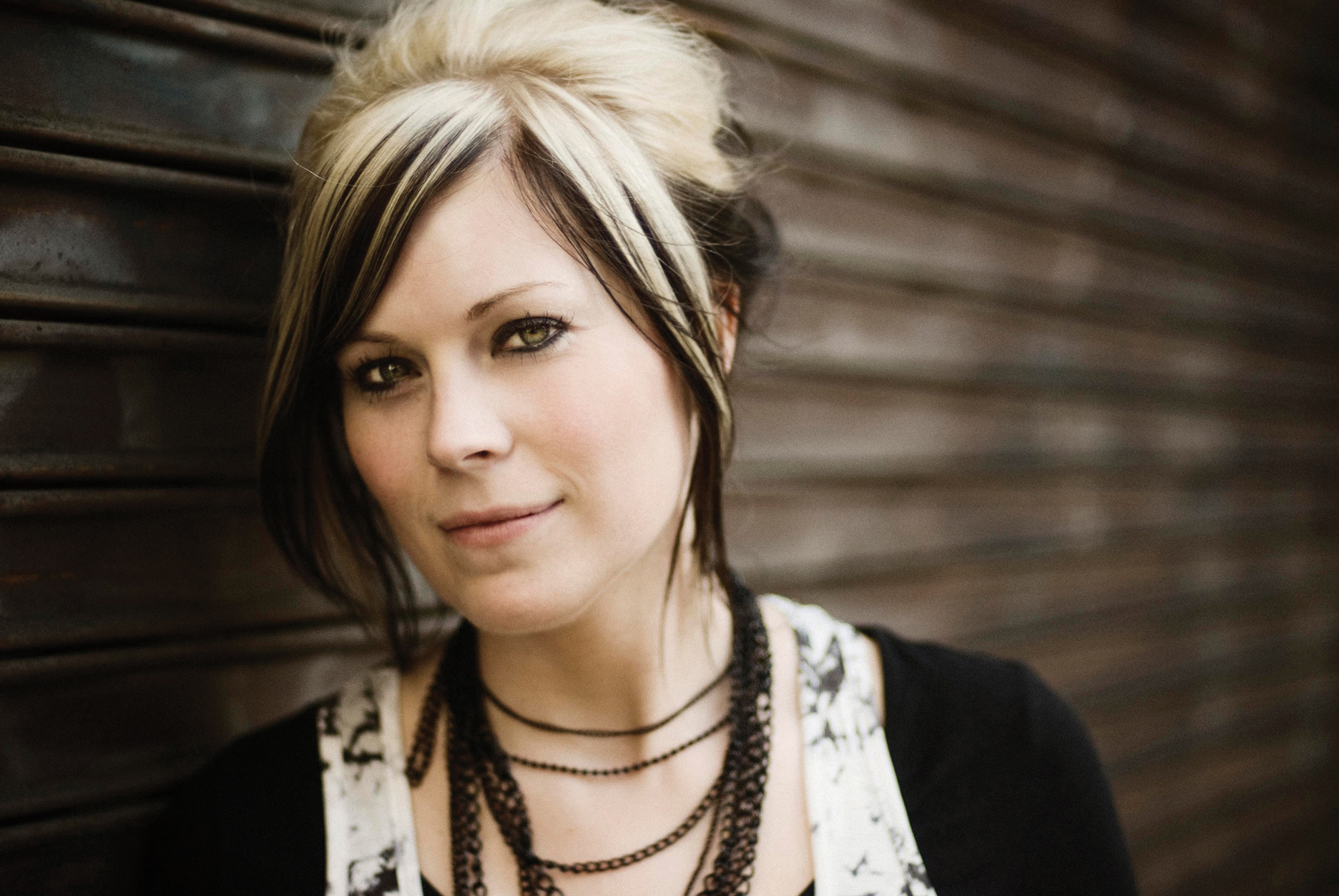 Those acquainted with Vicky Beeching know her as a tried and true worship leader; an artist whose straightforward lyrics provide easy entry into praise.

And those watching her on stage for the first time realize she has really cool hair.

As in, an amalgam of blond and black locks chopped and shaped to messy perfection.

"So many questions about my hair - it's hilarious," Beeching says, laughing, during a phone interview.

"OK, so, it's actually blond," she says. "That's my natural color - same as my dad. It's slightly darker than the blond that I've got, but I do take it up a few more tones. Basically, we put my hair back in a ponytail, split it in half, dye the ends black. The topside, we just put a bit of bleach in. That's the colors.

"Then I just go home, tease the heck out of it, and put it up in pins and it becomes (what it is)."

And it is, in fact, her trademark look. The colors even spill over into rich gold, brown and tan colors on Beeching's Web site and the jacket of her latest CD, "Eternity Invades." Her hair is a symbol of her outer rock star personality.

If Beeching's patented goldilocks are noticeably different, so too is her understanding of worship. Unlike any other form of music, songs of praise succeed only when they connect man with God. Beeching gets that, and writes lyrics that are understandable, inspiring and offer direction. Her tracks are not so ethereal as to be highfalutin or confusing.

A sample lyric from "Break Our Hearts," a song from "Eternity Invades," says: "It's time for us to live the songs we sing/And turn our good intentions into action/To bring the kind of worship you desire/And move beyond our self-absorbed distractions."

In "Salvation Day," Beeching sings, "O I was dead but now I live/O all my sin has been forgiven/O now with all my heart and soul I say/Thank you for my salvation day."

"I think, hopefully, the songs are way more true to who I am," Beeching says. "I've been a lot more picky in the last year-and-a-half about who I write with and what kind of songs I write - and wanting to stay true to my heart as a corporate worship leader. The last two albums had a chunk of songs on there that were more CCM (contemporary Christian music), you know, slightly more performance based.

"And this album, I've just been really ruthless, and I just decided that I was only going to put songs on there that would work in the corporate (church congregation) setting."

Beeching says that philosophy carries over into her stage show.

"My live show has just become more and more congregational; more and more corporate, in terms of the songs," she says. "And I've got a great band around me. I'm loving the guys I'm playing with, so, hopefully, you'll really enjoy their contributions, and it will be more a time of worship than my concerts have ever been."

With "Eternity Invades," Beeching set out to capture the authenticity of her live show.

"(My fans would) see me in concert leading worship and then they'd buy the albums and say it didn't really match up with what they experienced because the CDs sounded pretty smooth, pretty Nashville. A bit too, kind of, CCM," she says. "With this album, I went with an independent producer so that I could really be involved in the process. He was very open to ideas and input.

"We tried to really replicate what you get live, which is not so much programming. It's not really the electronic. It's just band instruments, and it rocks a bit harder and it has a lot more energy to it. Hopefully, that's the experience you get, that you actually feel like you're listening to something that's almost live, and you get kind of swept up into the energy of it."

On Friday, Beeching was part of the Christian Musician Summit at the Chapel at Crosspoint in Getzville. In addition to performing, she also taught current and aspiring worship singers how to hone their songwriting skills.

"That's one of my very favorite things to talk about, actually," Beeching says. "I think there is so much that we could all learn. It's just a constant process of growing and learning."

"My heart is really just to grow songwriters, and help everybody - whatever stage you're at, " she says. "If you're a wannabe songwriter, or if you've been doing it for years and just need to take another step. Just to help people to get to that next level."

Beeching says her own songs come from time spent with God.

"I think a lot of my songs come out of prayers," she says. "So, whatever is on my heart, whatever I'm asking God about, tends to work its way into a song.

"It's basically me walking with God; him teaching me stuff or me going through stuff in my life; me beginning to pray about it; and then the prayers eventually turning into a song."

CMS at the Chapel continues Saturday, May 15. It is sponsored by Kingdom Bound Ministries. For more information, visit www.christianmusiciansummit.com. "Eternity Invades" is now in stores and available online. Vicky Beeching's Web site is http://vickybeeching.com/blog/.