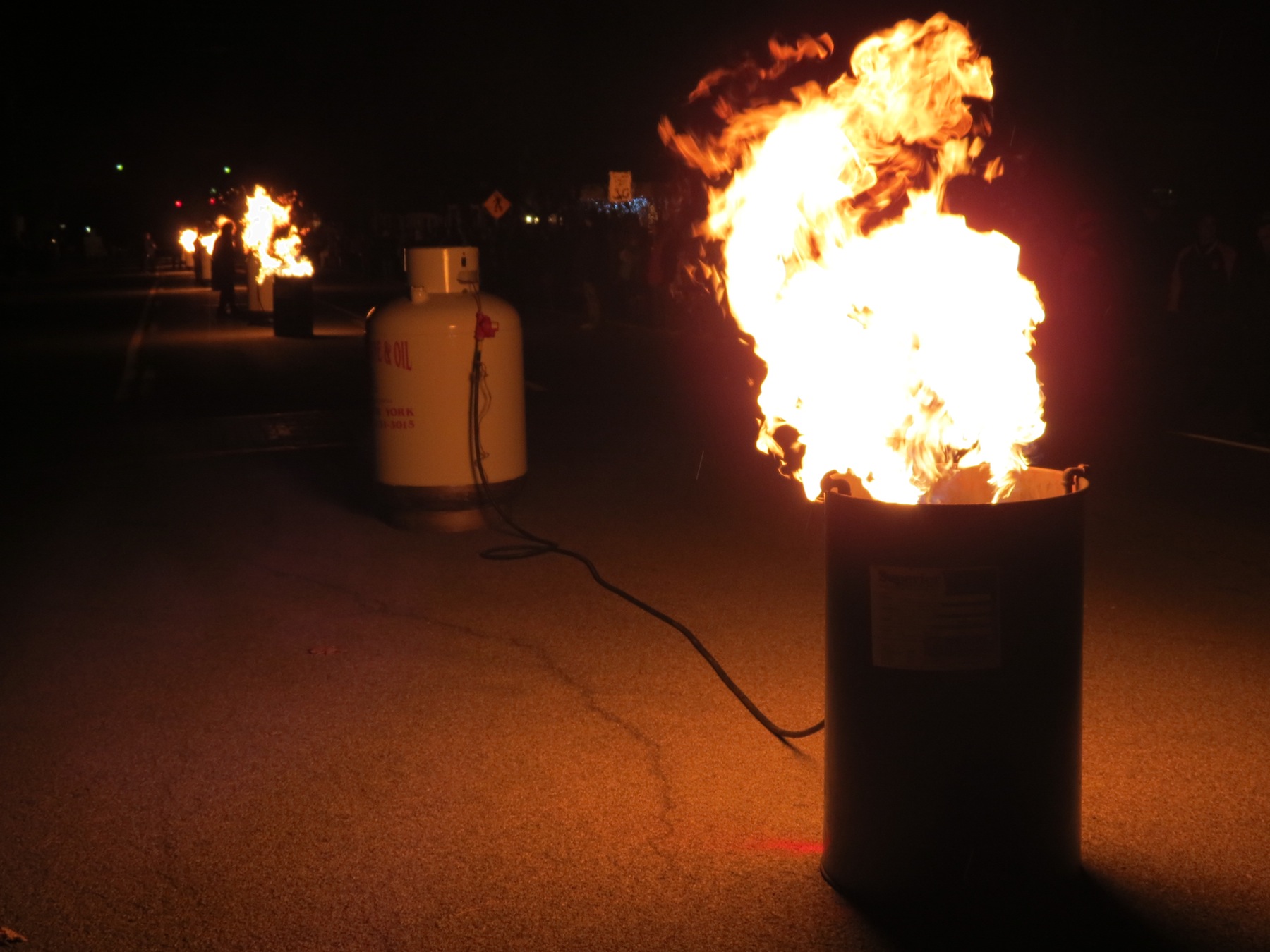 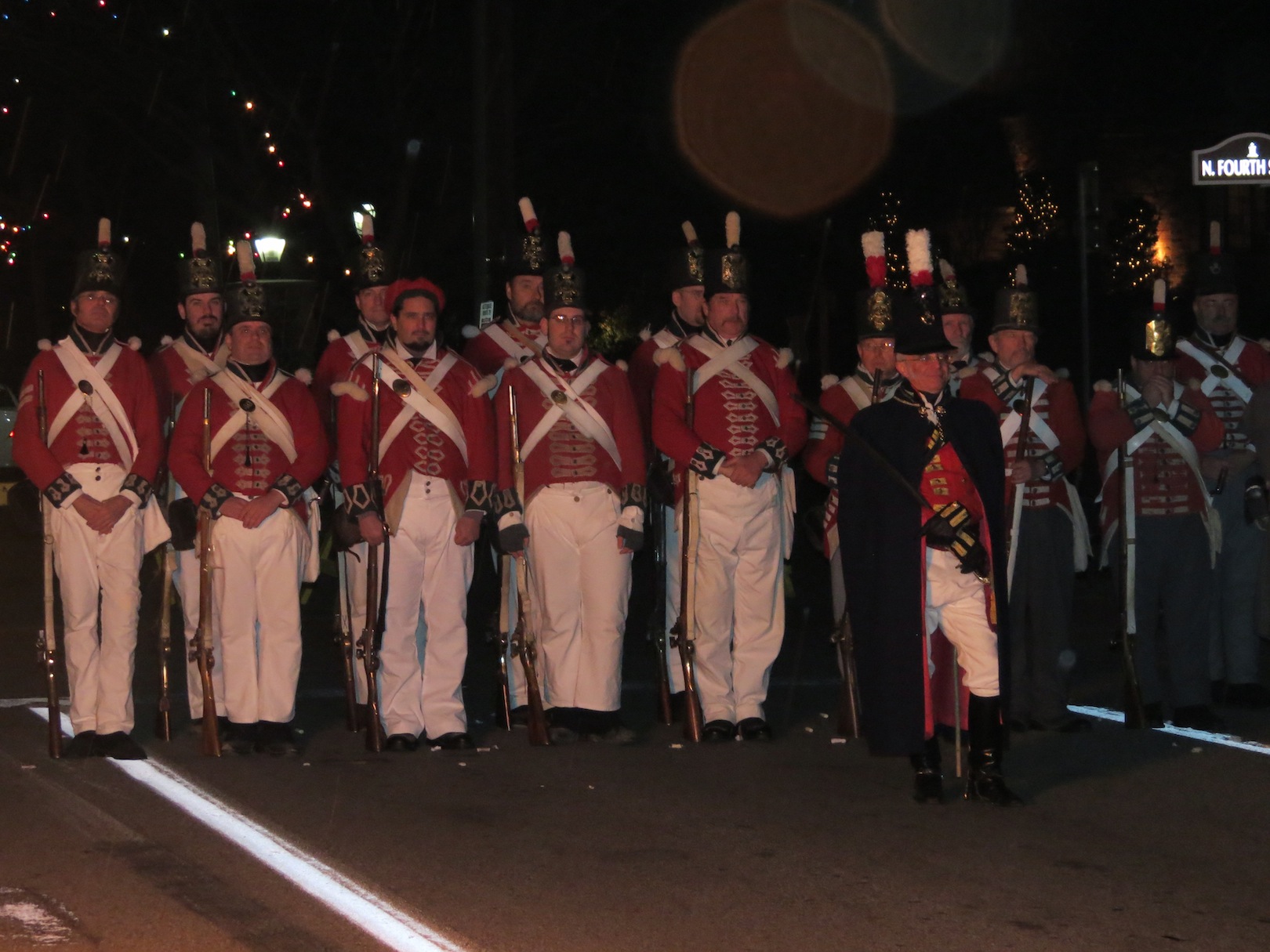 Imagine a street lined with flames and filled with chaos as dozens of Lewiston's citizens run barefoot through the night trying to escape attacks from British forces. On Saturday, Dec. 15, from 6:30 to 7 p.m., watch Lewiston's most important day in history commemorated as citizens run for their lives while American troops fight a losing battle against an overwhelming British force.

"Flames Through Lewiston" is free to the public and will take place on Center Street (from Fourth to Fifth streets). Dozens of re-enactors dressed in period clothing will march, fight and run through the street. Spectators will watch re-enactors of American and British troops, Lewiston citizens and Tuscarora and Mohawk Natives act out their part in this infamous attack. Ten large fires will blaze down the middle of the street, while civilians run for their lives. British and American troops will battle for Lewiston, shooting muskets at each other.

An interesting twist in the event is a unique moment in American history when Native Americans rescued white settlers from a foreign attack. These Native Americans of the Tuscarora Nation saved the day, allowing time for citizens to run to safety.

Lee Simonson, a volunteer with the Historical Association of Lewiston and the "Flames Through Lewiston" narrator, called this a "spectacular event."

"This is the most unusual re-enacted event in Western New York," he said.

Simonson explained that nowhere else in this area can you find a re-enactment with 8-feet tall flames through an open street.

"This event allows people to get a taste of what it was like to live in Lewiston 200 years ago," he said.

Lewiston was burned to the ground and a dozen citizens were killed during the raid, which occurred on Dec. 19, 1813, during the War of 1812. Around 6 a.m., British troops seized Fort Niagara and set off a cannon in Lewiston's direction to alert awaiting British soldiers to burn down the village. With the Mohawk natives by their side, the British dominated the American troops and set fire to the village during the horrific moment in history.

"Flames Through Lewiston" is organized 100 percent by volunteers from the Historical Association of Lewiston and is part of the War of 1812 bicentennial commemoration.

On Saturday, Center Street will be closed from Fourth to Fifth streets after 4:30 p.m. There will be no parking on the street during this time. More than 2,000 spectators are expected to come out to witness this unusual and amazing event. This year, the public will be asked to stand behind the street curbs to widen the safety zone.

Interested amateur and professional photographers who wish to be in the street will be required to secure permits from the Lewiston Museum before the event. To do so, call 754-4214.

HAL will sell 1812 flags as well as 1812 books and items at Ashker's Juice Bar and Café at 463 Center St., directly across from the Frontier House.

This will be the last chance for the community to watch this event at night. Next year, on the bicentennial of the British attack, "Flames Through Lewiston" will be incorporated into the unveiling of the Tuscarora Heroes Monument. Ceremonies will be held the morning of Dec. 19, 2013. 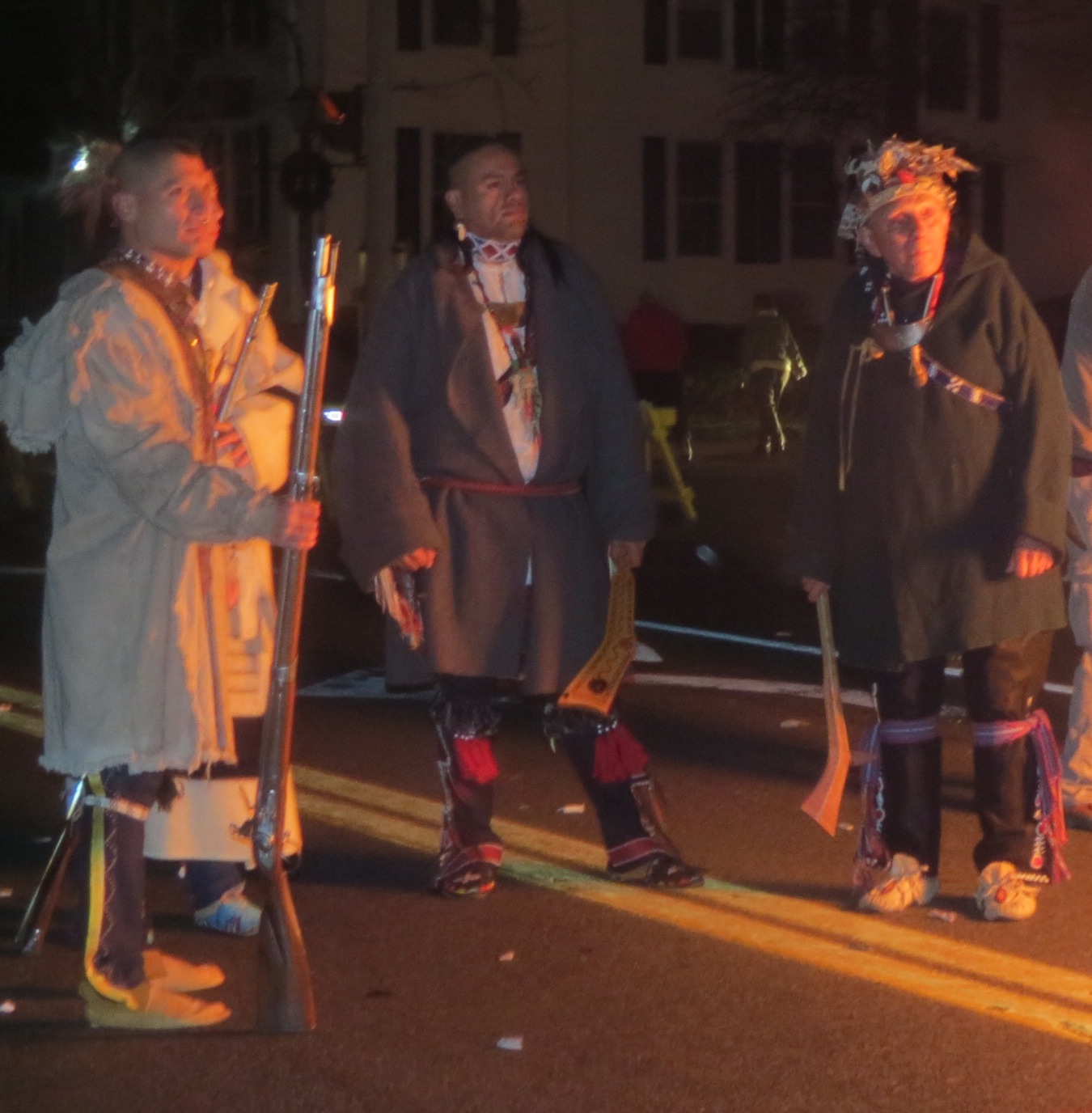