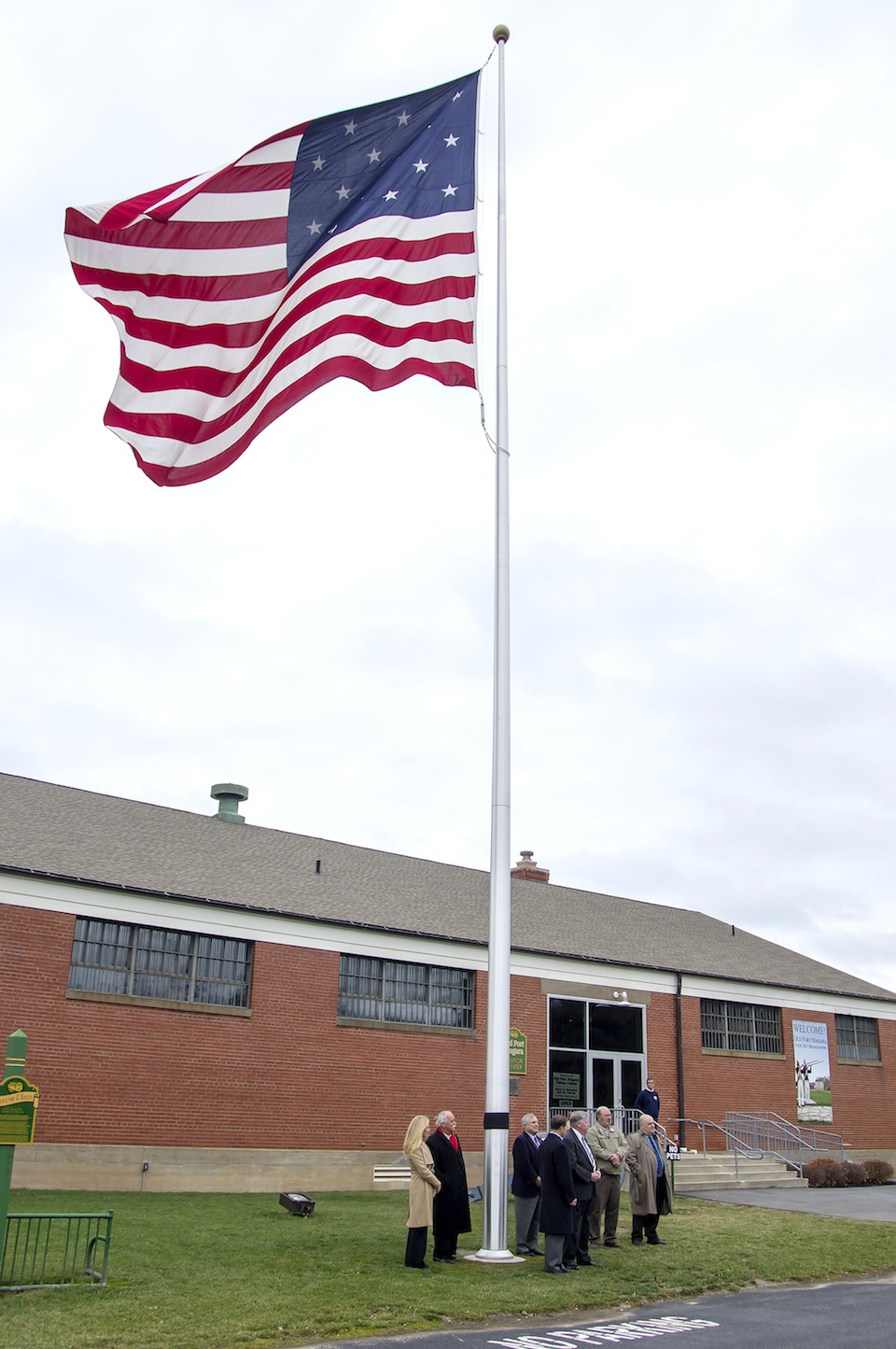 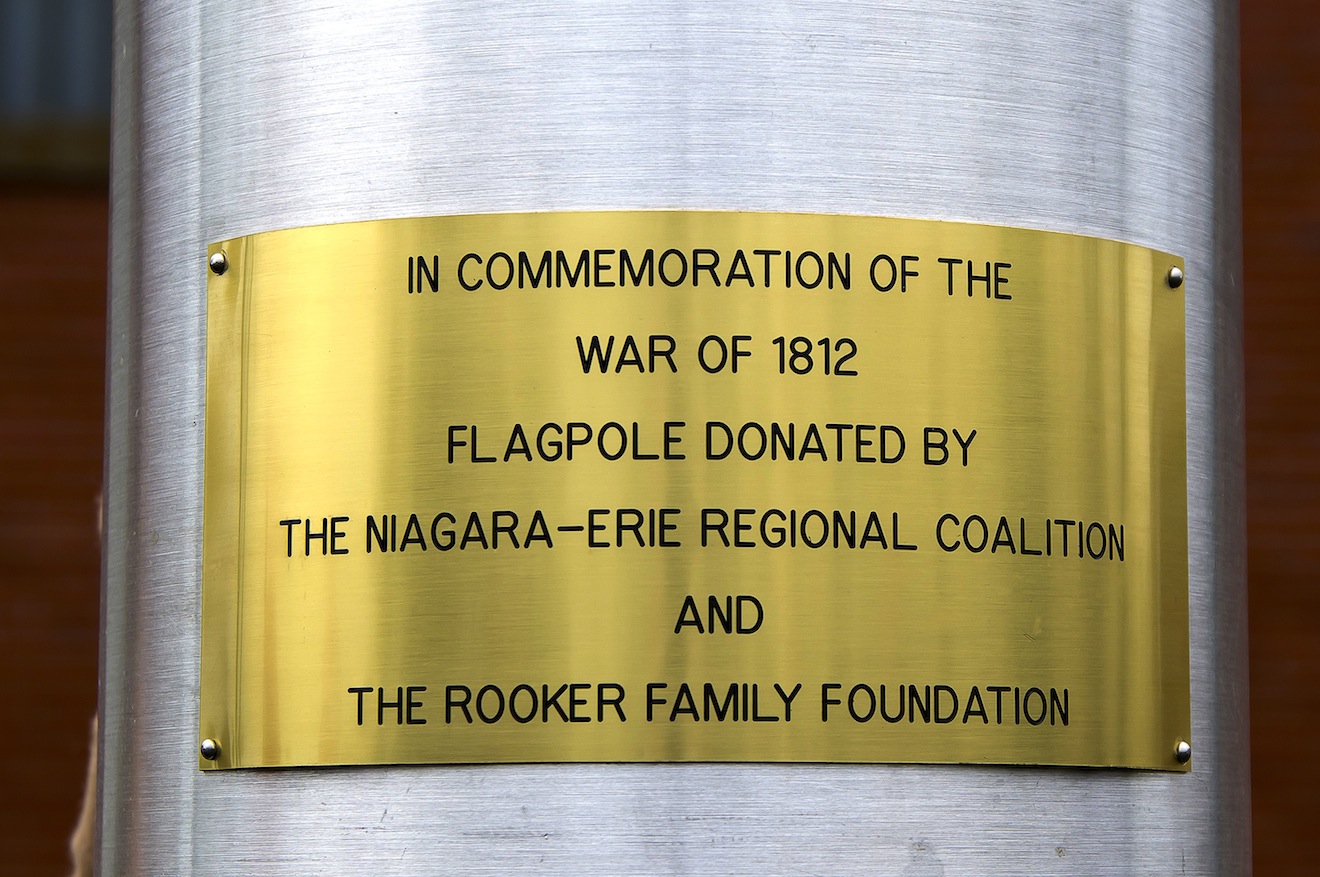 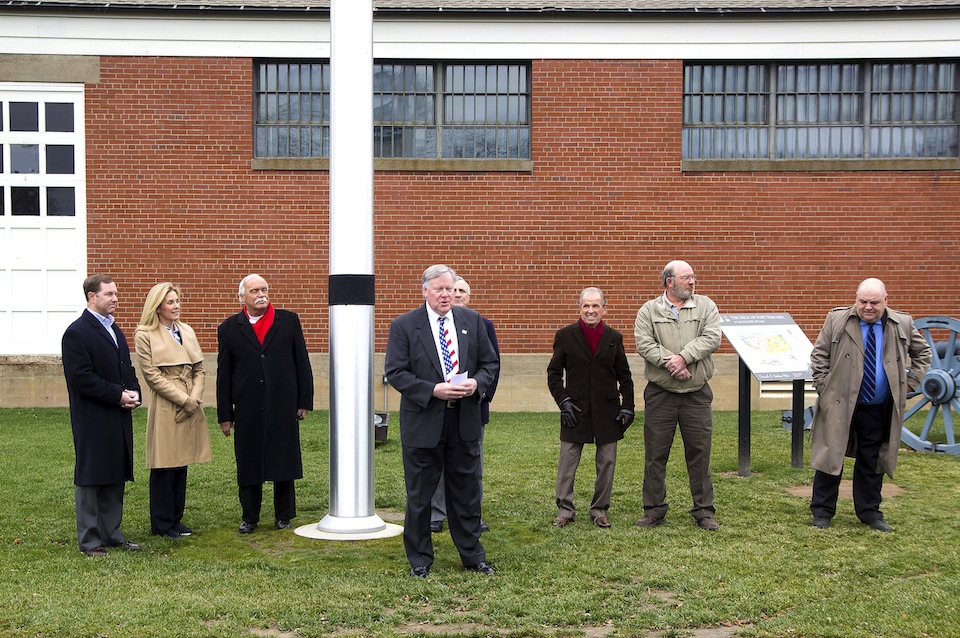 Local leaders were on hand Sunday, Dec. 9, to witness a sight that harkens back to the desperate battles of the War of 1812: a flag with 15 stars and 15 stripes flying over Old Fort Niagara.

The tall flagpole, which rises over the fort's visitor center, flies the massive 24-foot-by-28-foot, 15-star flag - a replica of the garrison flag that flew over the fort prior to its capture by the British on Dec. 19, 1813.

The flagpole was funded by NERC, the Niagara-Erie Regional Coalition. NERC also recently donated funds to the upgrade of lighting on the ships in the Buffalo Naval Park.

The flag that flies from the pole is an exact replica of the original garrison flag, which is now on display in the fort's visitor center. The real flag only returned to the fort from Scotland in 1994 after being purchased from a family there.

The 32-month-long War of 1812 is credited with solidifying and strengthening the U.S. as the dominant power on the North American continent and establishing definitively the borders between the U.S. and British Canada. 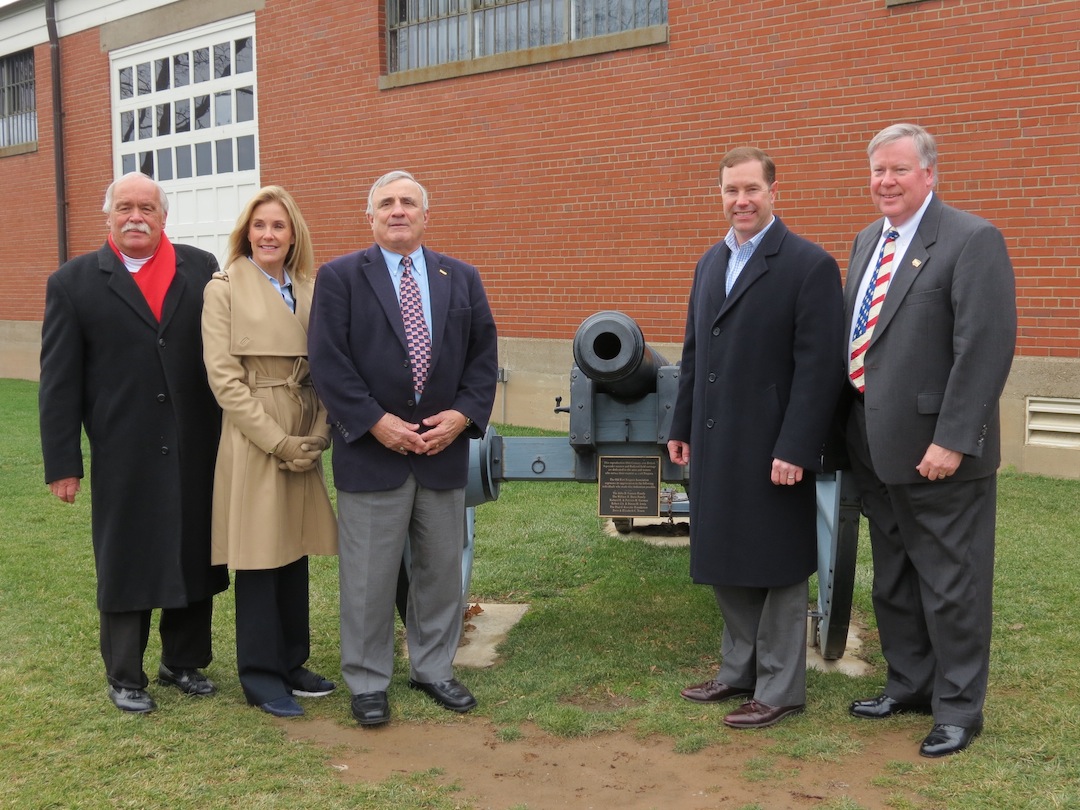 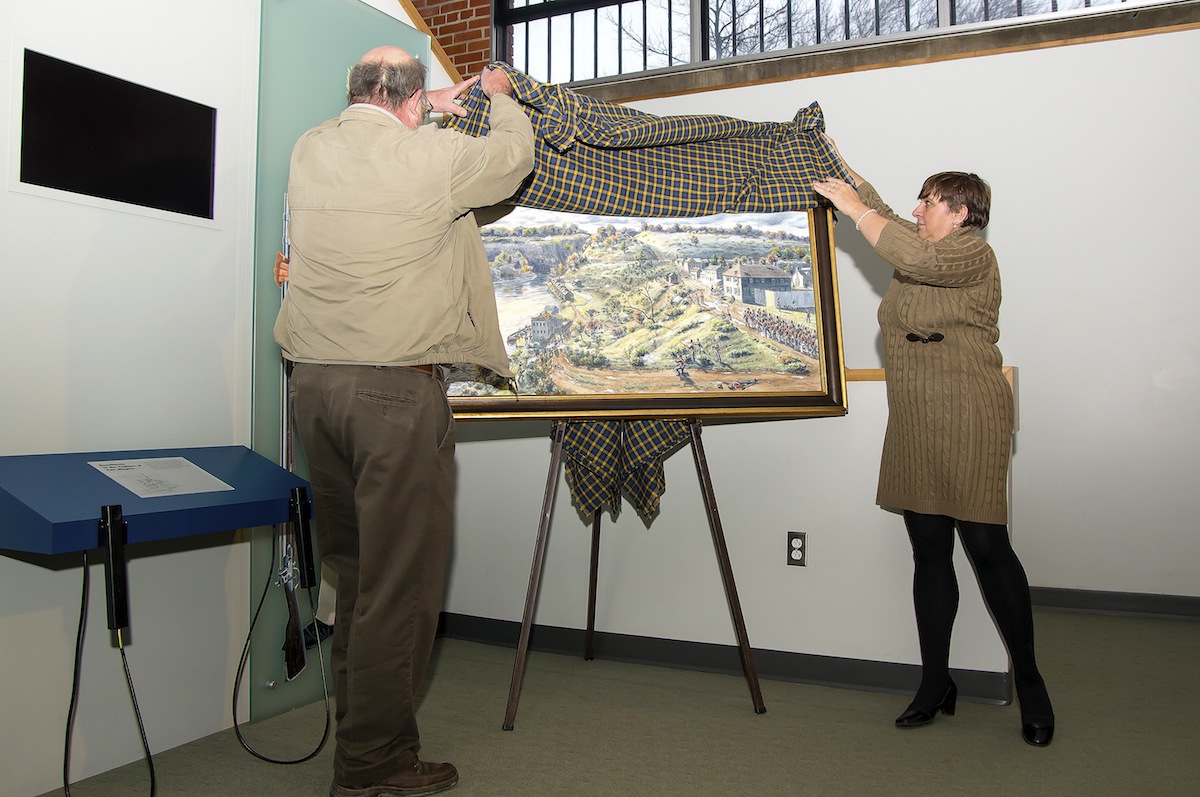 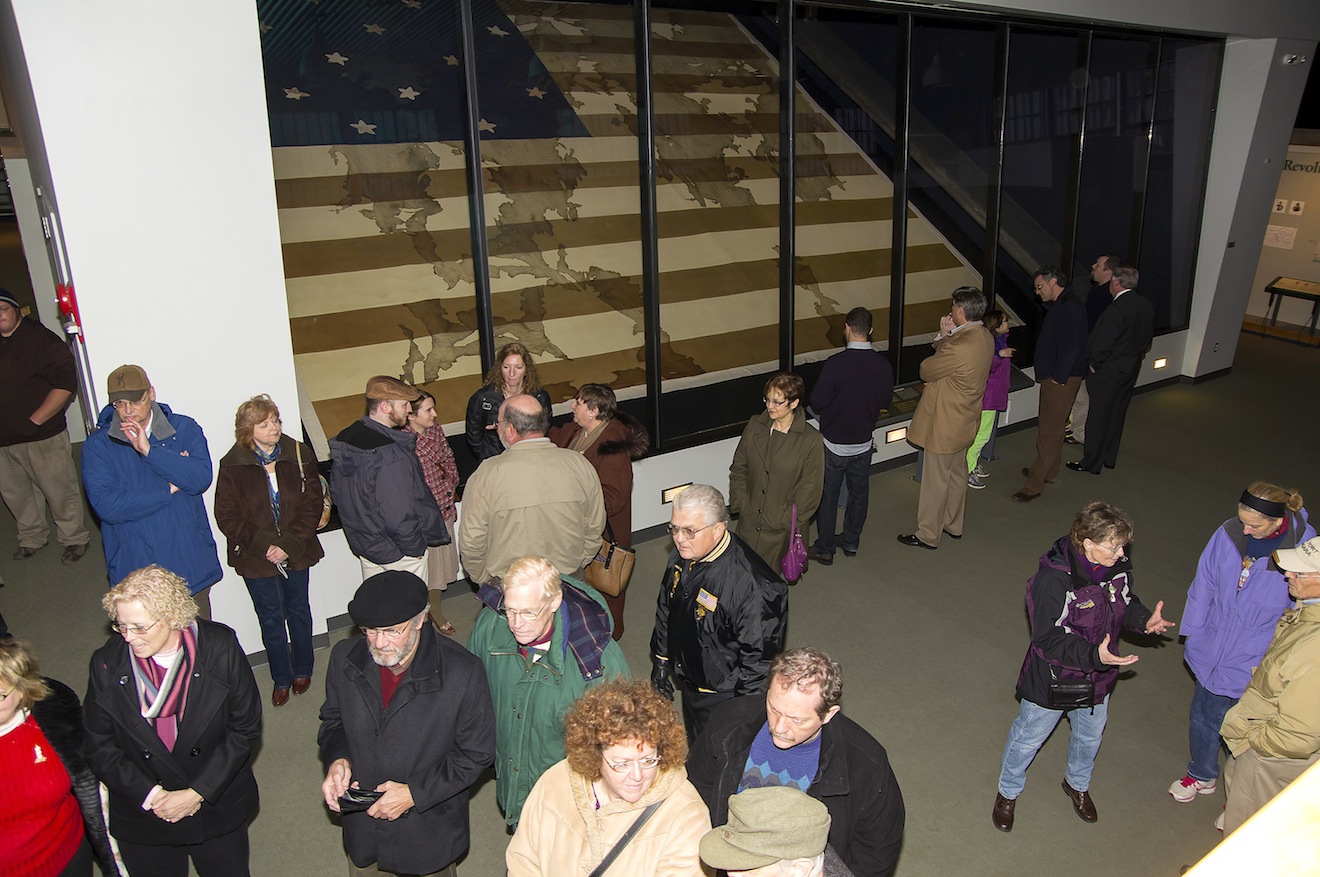 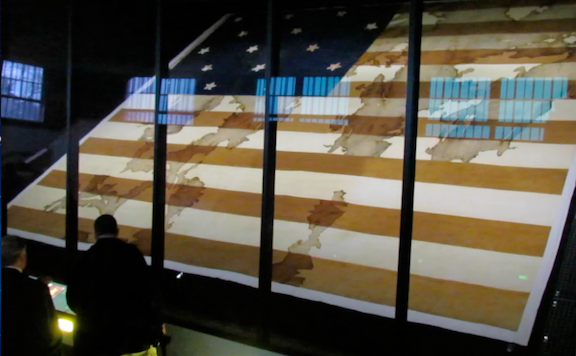