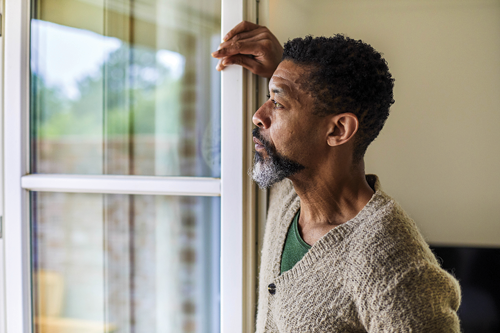 The Jan. 2 collapse of Buffalo Bills safety Damar Hamlin in Cincinnati on national television during “Monday Night Football” was the most recent in a string of traumatic events that have impacted the Buffalo area in the past eight months. Other events included the racially motivated massacre that killed 10 persons and injured several others at the Jefferson Avenue Tops in Buffalo on May 14; a dangerous blizzard that turned into a “bomb cyclone” and took approximately 42 lives; a Buffalo fire that resulted in the deaths of five children; and the death of Buffalo pediatrician Jonathan Daniels and his two daughters, Jordan and Jensen, in a house fire.

With each new trauma, it has become more and more difficult for Western New Yorkers to process the graphic and painful images that they have watched on television during the news or “special reports.”

Karl Shallowhorn, director of youth programs at Mental Health Advocates of Western New York, said, “We just keep getting sucker punched. It has a way of wearing us down emotionally. In other words, how much more can we take?

“In the last year alone, think of all that’s happened here. How do we deal with that? What do people do with all of that? Some people are better able to cope with it than others. There are people out there who are prone to anxiety or depression. There’s been an increase in those conditions with COVID, certainly. Locally, 5/14 absolutely devastated the local Black community. And then, the blizzard. Forty-two people died. And then, there were five children who died in a fire on Dartmouth in Buffalo. That’s devastating. And, one thing we can’t forget is the death of Dr. Jonathan Daniels, who was Buffalo’s only Black pediatrician. Many people may not recognize how significant that is. He was known as a leader. He was a provider. He treated a lot of people. He was on the faculty at UB. He was a fixture in the community.

“Vicarious trauma is really what can be described as witnessing someone else’s trauma, or hearing someone else’s trauma, or going through a traumatic experience vicariously. Many years ago, it came about that nurses, because of the level of work they do, were basically getting burned out. There was so much emotional energy given that it served to run them down. Mental health clinicians will hear someone describe a trauma. That person then experiences similar symptoms or experiences their own trauma by virtue of hearing it. This is trauma by virtue of hearing it.

“In the case of Damar Hamlin recently, people that watched it, myself included, were really traumatized vicariously through the players, through seeing Josh Allen. That shot of him with his hands over his face. Stefon Diggs with tears coming down his face. Plus the replays on TV. It’s a vicarious trauma that the whole community has experienced as a result of that.” 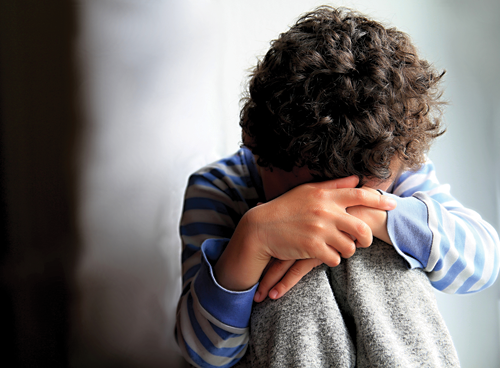 According to Shallowhorn, each person experiences trauma differently.

“What one person experiences as being traumatic, another person may not,” he said. “Also, when you think about children and being exposed to trauma, I was talking to some other folks about Monday night. Seeing Damar Hamlin and what happened. Think about how many kids during that day asked, ‘Hey mom, dad, can I watch the Bills game?’ And normally, they’d be in bed. And they saw that. You’re 9 years old. How do you even understand that when you’re 9? Parents can’t even make sense of it themselves.”

Buffalo has handled one trauma after the next with resilience and community support, Shallowhorn said. “I think that Buffalo, as a community, is tremendously resilient. I think that we get that through the ability of us coming together during times of trouble. We are a very generous community when it comes to supporting charities. Look at Josh Allen when his grandmother died. The money that was donated to Children’s Hospital. Things like that are incredibly important to deal with these tragic events as a community, to support each other.

“Vicarious trauma is something that’s real. It happens. But there are ways to learn to overcome, cope and manage the symptoms that can be developed from these kind of conditions, to learn how to live healthier, and even to develop more resilience when these things happen,” Shallowhorn said, noting one of the symptoms of trauma is avoidance of certain situations.

For example, a person who experienced a car accident that resulted in fatalities may avoid driving in the area where the accident occurred “because of the fear,” Shallowhorn said. “Avoidance is one of the major symptoms of PTSD. People can have nightmares or flashbacks.”

Post-traumatic stress disorder was first discovered as a condition in soldiers during World War I and World War II. Originally called “shell shock,” it later was described as PTSD.

“Over time, research has determined that anybody could experience trauma, which is true. There are a lot of ways to overcome it. Certainly, there are professional treatments. Going to professional counseling, there are specific techniques that are used,” Shallowhorn said.

One of these techniques is called EMDR, or eye movement desensitization reprocessing.

“I’ve done EMDR myself,” Shallowhorn said. “It’s a way that the clinician can guide the patient through recounting the traumatic experience in a very safe, contained manner. You don’t want to retraumatize someone. In that safe environment, it is able to be done in a very compassionate, most sensitive manner.” 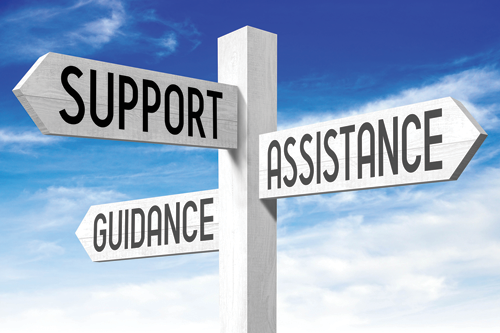 People can also work on their own or with friends and family on ways to handle trauma and grief.

Shallowhorn said, “There are things that people can do that are self-care-based methods to learn to deal with the traumas. Anxiety can be produced as a result of trauma. People could learn meditation techniques. There’s something called a body scan meditation that you can do. Journaling can be very helpful for people to process their emotions and get the feelings out in a way that doesn’t have to be shared with anybody. I’ve done this for a long time. There is also just connecting with someone you can trust and can talk to, who will listen. I call them natural supports, which are people’s friends, family, faith leaders, community groups that we can be involved in and connected to help us through these times.

“We don’t want someone who will tell us what to do. We don’t want someone to give us advice. Just listen to us. And, actually, it’s hard to do for a lot of people because we are so eager to say, ‘Well, when this happened to me. … Why don’t you do this?’ And the reality is we need someone just to be present, and we can let it out and get relief of that pressure.

“I’ve been a member of Narcotics Anonymous now for almost 35 years. The benefit of me going is to hear other people’s experiences so I can learn how to manage my own recovery. After 35 years, I still learn things when I go to meetings. And, also, I don’t forget where I came from. It’s called mutual support.

“Alcoholics Anonymous was one of the first models of mutual support. This created all the other 12-step groups outside of that. I wouldn’t have the life that I have today without NA. It really saved my life, not just physically, but mentally, emotionally, and otherwise. It’s all because of NA. That’s my own personal story. For me, life began in a way when I joined Narcotics Anonymous.”

Recently, drug abuse issues have become more serious of a problem, Shallowhorn said. “And that’s something, too. The idea of overdose death. Before COVID hit, Erie County was trending in a good direction, with the number of deaths going down. When COVID hit, they began to spike. And they’re still up there. More fentanyl is being introduced into street drugs. That’s one of the major reasons why. You have these overdose deaths, and you have children being raised by their grandparents or even in foster care. Many times, the children are the collateral damage of these overdoses that occur.

“Considering all the events that have been happening, don’t be afraid to ask for help. A lot of people feel that asking for help is a sign of weakness, or they don’t want people to know because there is a stigma. It’s a whole ‘boys don’t cry.’ But there’s also stigma in communities, such as minority communities and so forth. So, don’t be afraid to ask for help – and the sooner, the better. A lot of times, these things don’t get better on their own. It’s better to nip it in the bud and to take care of it earlier and, by doing so, you typically have a better outcome.”

If you find that you need someone to talk to, Buffalo Hope has a phone line that is available 9 a.m. to 5 p.m. Monday through Friday. Crisis clinicians are available to offer emotional support and comfort, as well as referral by phone. The number for Buffalo Hope is 716-566-6506.