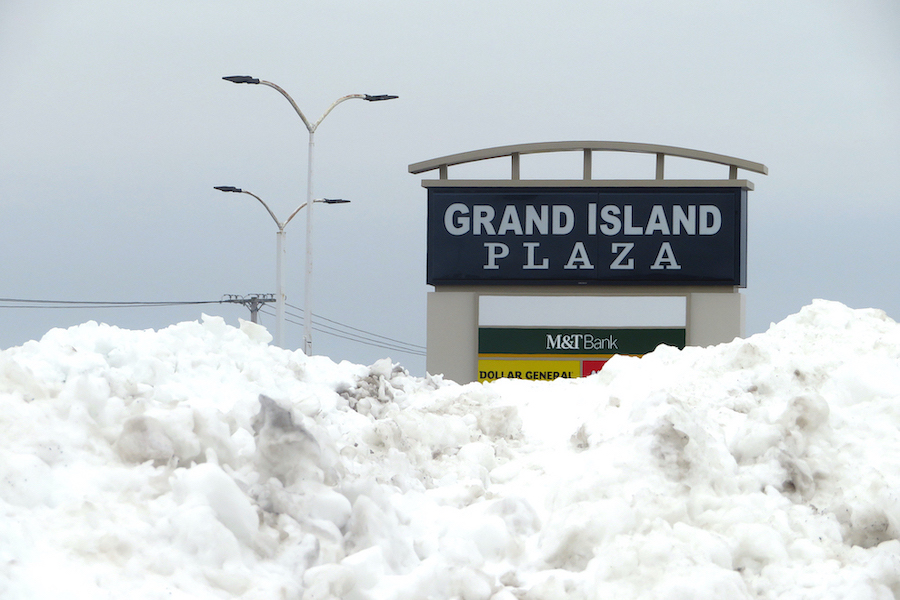 A look at Grand Island Boulevard, on Grand Island, after the snowstorm subsided. (Photo by Alice Gerard)

On Friday, New York State Senate Republican Leader Rob Ortt and Sen. Patrick Gallivan sent a letter to the chairs of the Senate committees on Transportation, Investigations and Government Operations and Veterans, Homeland Security and Military Affairs urging them to conduct oversight hearings to assess the state’s response during the historic “storm of a century” in Western New York last month.

“While we recognize the historic nature of the storm, and appreciate the hard work and efforts put forward by first responders, local officials, public works employees, and good samaritans, it is clear that we must learn the tough lessons gleaned from this event,” the elected leaders wrote. “A legislative hearing is a responsible way to understand the successes and shortcomings of the state and local effort, and ensure we are prepared to adequately respond to any future events in the Western New York region or across the state.”

Ortt’s team said, “The storm hit the Western New York region over Christmas weekend, with a vast majority of the total snow falling within the first 30 to 36 hours. However, too many residents were still grappling with the crippling consequences more than a week later, with the City of Buffalo and surrounding areas being particularly slow to reopen, and over 1,000 calls to the city’s emergency system going unanswered.”

Ortt and Gallivan, along with Sens. O’Mara, Oberacker and Ashby, directed their request to the Senate committees that play a role in oversight into relevant areas including state roads and bridges, emergency response, and government operations.

Again, Ortt’s team said, “A public hearing would give the Legislature the ability to gather comprehensive testimony to determine where the state’s response to the storm was successful, where the response had shortcomings, and what action can be taken to ensure the state is better prepared to ensure the safety of New Yorkers in the future.”

Gallivan said, “The ‘Blizzard of ’22’ was truly historic, but we know it will not be the last snowstorm to hit our region. It is the role of government at all levels to respond to these emergency situations and to do everything possible to keep residents safe. We appreciate the heroic work of first responders, road crews, utility workers and others who provided critical services during and after the storm. It is also important to review procedures and operations to determine how to improve our response in the future.”

Ortt said, “It’s important for the public to know when events such as this tragic blizzard happen, their public offices are willing to find ways to improve. We owe it to the people of Western New York to make safety a priority and to ensure our community is ready to respond to future emergency events.”