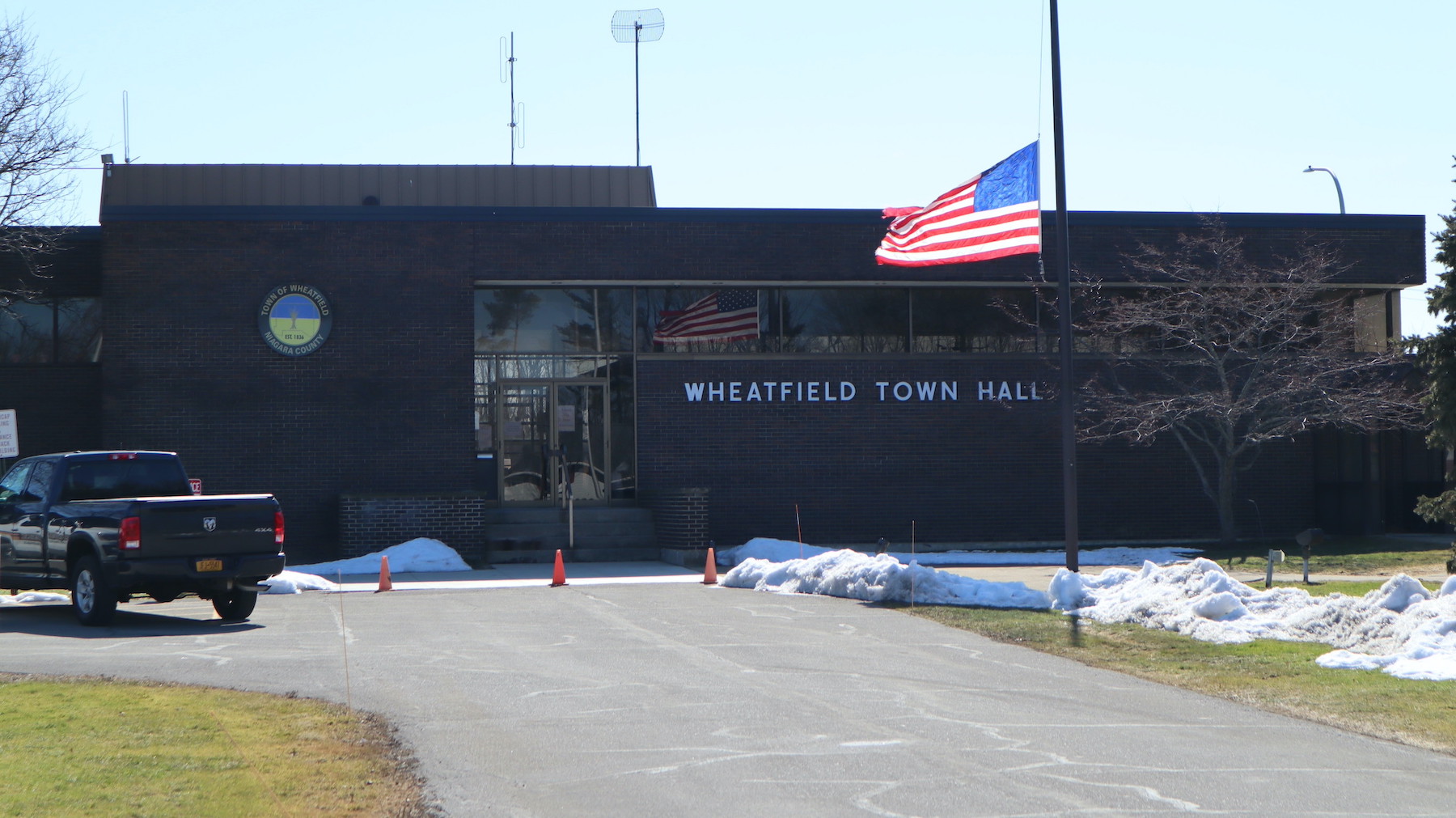 The Town of Wheatfield got down to business for 2023 with its reorganizational meeting held earlier this week. According to the town’s website, wheatfield.ny.us, the following actions were unanimously approved by Town Board members:

√ Designated M&T Bank and KeyBank as depositories for the Town of Wheatfield in 2023.

√ Approved the designation of Town Supervisor Don MacSwan and councilmen Larry Helwig and Gilbert Doucet as authorized signers for payments by check. The town requires two signatures for payments in excess of $2,000.

√ Designated the Niagara County Tribune/Sentinel and the Niagara Gazette as official newspapers for the town in 2023.

√ Approved the Town Board’s regular meeting schedule for 2023. Meetings will take place at 7 p.m. in the Town Hall auditorium on designated dates.

√ Appointed Helwig as deputy supervisor for 2023.

√ Imposed on MacSwan the powers and duties of administration and supervision of the town or special improvement district functions to be performed on behalf of the board for 2023.

√ Approved the compensation of 62.5 cents, or the IRS rate per mile, for elected town officials for all itemized official travel using their own personal vehicles during 2023.

√ Approved for elected town officials to be reimbursed for stationery, postage and telephone calls and miscellaneous expenses for official purposes.

√ Approved for deductions of town employees’ wages according to sections 519 and 521 of the judiciary law for those performing jury service. Deductions would not be made for the first three days of jury service, and thereafter a deduction of $15 per day may be made.

√ Approved the liaison appointments of Town Board members to town departments.

√ Approved for the bonding of the town clerk/receiver of taxes for the total tax roll to be set at $250,000.

√ Approved for the required bonding of other elected town officials and employees as deemed necessary.

√ Authorized the supervisor to invest funds as feasible with the stipulation that a financial report be submitted to each board member after each investment and also a budget status report on a monthly basis. Additionally, Town Board members shall receive monthly financial status reports of all accounts and investments, including itemized monthly statements.

√ Approved for the appointments of designated individuals to have the power and authority as constables as set forth in town law, with Robert Connery appointed as head constable, and Dan Guiher as deputy to the head constable.

√ Appointed Wendel Engineers as the town engineer for the year 2023 as per a contract and rate schedule.

√ Appointed Wendel Engineers as consultants to the town Planning Board, with the supervisor authorized to sign a contract for the service.

√ Appointed Ed Mongold as budget director at the designated salary.

√ Approved the appointment by MacSwan and Helwig for Doug Kalota to the town Planning Board for a five-year term ending Dec. 31, 2027.

√ Appointed Susan Agnello-Eberwein as chair of the Planning Board, with the term to expire Dec. 31.

√ Appointed Mike Schaeffer as chairman of the Zoning Board of Appeals, with the term to expire Dec. 31.

√ Appointed Walt Garrow to the Zoning Board of Appeals to complete the term ending Dec. 31, 2024. Garrow is replacing ZBA member Jerry Canada.

√ Appointed Matt Kroening to the Zoning Board of Appeals for a five-year term ending Dec. 31, 2027.

√ Appointed Melissa Germann as Zoning Board secretary at a rate of $25 per hour.

√ Appointed Mark Stevens as bingo inspector, at the designated annual salary, with the term to expire Dec. 31.

√ Appointed Councilman Curt Doktor as chairman to the Town of Wheatfield for the Wheatfield Enhancement Volunteers for 2023.

√ Appointed Cathy Donner and Amy Larrabee as court clerks for Strenkoski and Stamm-Phillips at the designated salary.

√ Adopted the pay schedules for town hourly employees as per the 2023 salary schedule.

√ Appointed Matthew Brooks as town attorney for 2023 as per the 2023 salary schedule, excluding special district matters.

√ Appointed Brooks and Matthew Mosher as attorneys “for matters brought before the Town Justice Courts, which call for the services of a special prosecutor and other matter assigned … by the Town Board” at the designated compensated rate.

√ Appointed Harrington-McDonell as the fair housing officer for the Town of Wheatfield for 2023.

√ Appointed Brooks as the Americans with Disabilities Act coordinator for the Town of Wheatfield for 2023.

√ Appointed Greg Lloyd as chairman of the Firearms Committee.

√ Appointed the Niagara County SPCA as the dog control agency for the Town of Wheatfield, as per the contract for the year 2023.

√ Authorized “the occasional services of Wild Kritters of Niagara County for assistance with wild animal control,” and to make a donation to Wild Kritters.

√ Authorized the occasional services of David Muir as a licensed nuisance wildlife control officer for 2023.

For more information, visit wheatfield.ny.us/AgendaCenter, under the Town Board link.