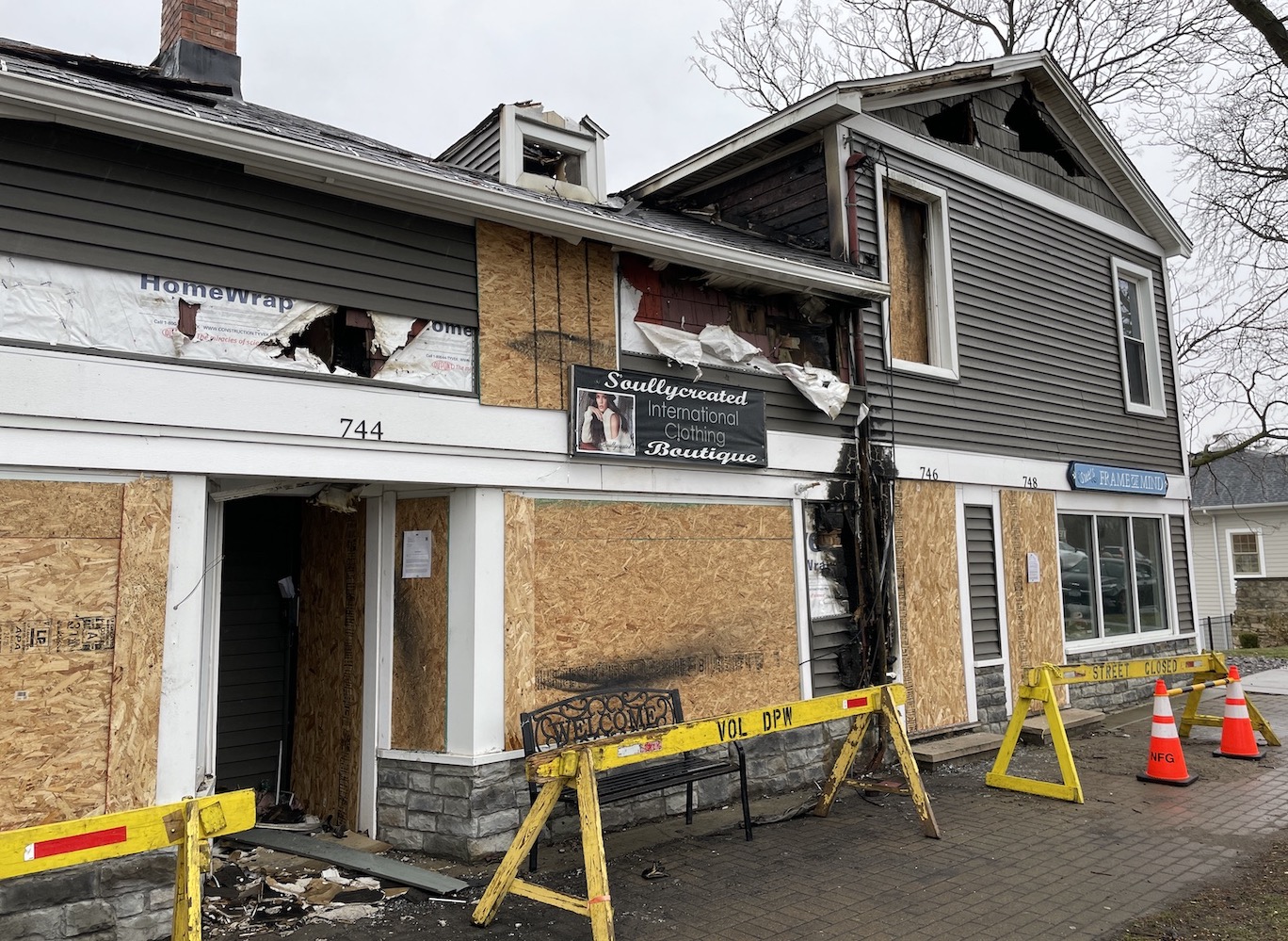 An early morning fire on Nov. 30 ravaged 744, 746 and 748 Center St., the site of The Vintage Barber, Soully Created and Sue’s Frame of Mind. In battling the blaze, first responders from Lewiston Fire Co. No. 1 and members from a half-dozen supporting companies had to break glass, pull off siding, cut into the roof and pump in copious amounts of water.

Fortunately, no one was harmed.

The same could not be said for the three businesses.

“We've lost everything – all of us did in there. They're going to demolish the building, I think,” said Lynn Stephens, whose son, Aaron, runs The Vintage Barber.

Learning of the fire, smoke and water damage – and then seeing some of it herself – Tremblay said, “I went there that day and I was just in shock. I couldn't stay too long, because I was afraid my ceiling was going to collapse. The building inspector (Ken Candella) was there. And he said, ‘Don't go in, because it's too dangerous.’ There was glass from the window, burnt clothing, burnt racks, and water damage to the whole shop. I couldn't even save anything. All my records, and my books. And he boarded up the store.”

Susan Sullivan of Sue’s Frame of Mind said, “My ceilings have collapsed inside; all the water came gushing in. The basement flooded out. It's a shared basement between all the tenants. So, pretty much everything's soaked, including any of my stuff. Saws and wood stock. Pretty much everything outside of the art is a loss.

“The art is what I'm concerned with and focusing on at this point.” 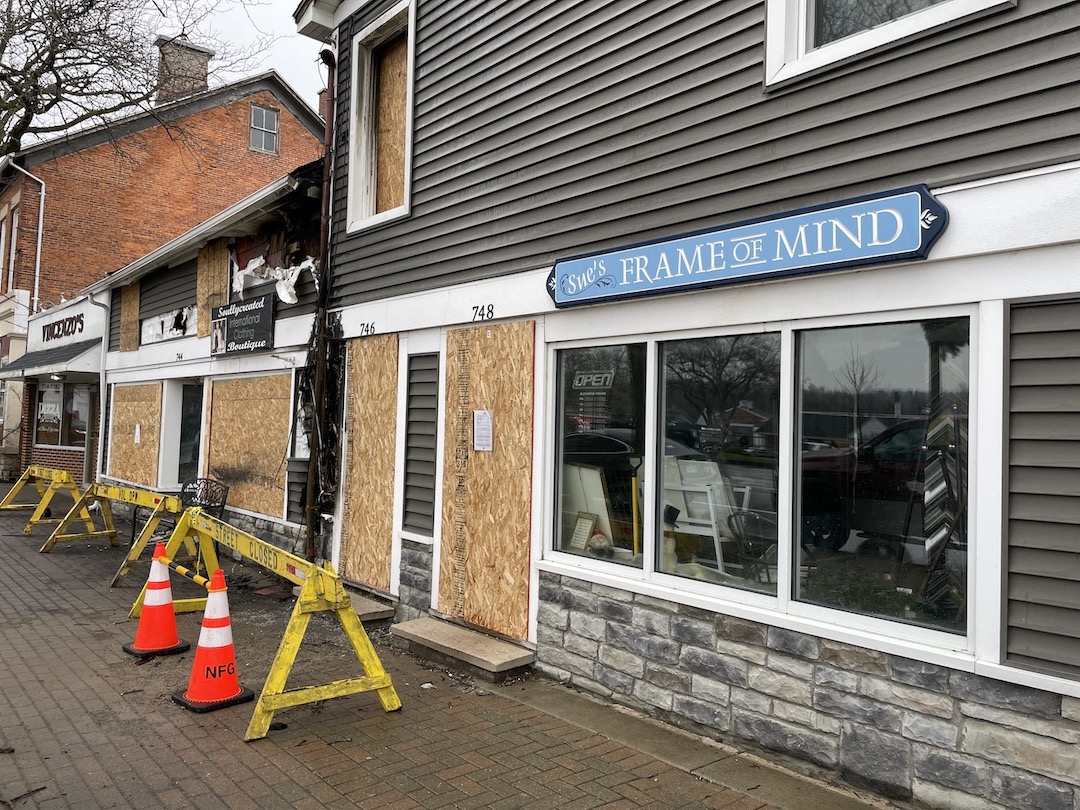 Once first-responders finished at the location, “We had a customer insurance liaison call immediately and get ServiceMaster – they’re emergency restoration folks – to come in right after we were allowed to go in at our own risk,” Sullivan said. “They arrived with crew and truck, and we just made a line and handed out art, and they have it in storage. I'm working with them to go through piece by piece and see what we can do and restore, if we can. Basically, it's all about save the art.

“That's already underway. But I've been informed that process … there's quite a bit there, and it takes time. Could be a couple of weeks to know … possibly longer, till I have a complete grasp on everything.”

She encouraged customers to be patient.

“What I guess other people can do for me is give me time, and know that it is a process,” Sullivan said. 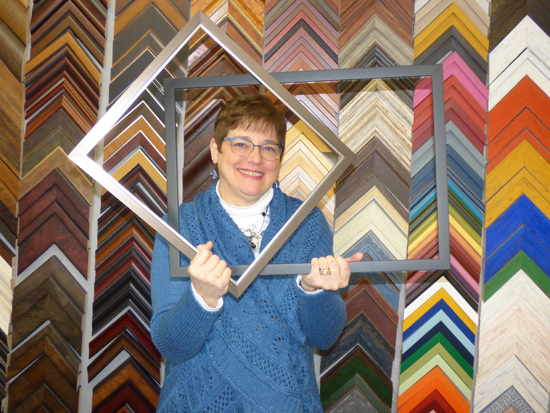 With regard to a new brick-and-mortar location, “Wherever I go, that's not really my focus right now,” Sullivan said. “I'm just trying to deal with the here and the now, which is doing whatever I have to do to be out of that space, and the restoration process of artwork. I don’t know what the future holds.”

She reiterated “As far as opening up a new location, that's something that my husband and I are looking at. It’s so far down the line – I gotta get through December, before focusing on a future location.”

“I need the restoration people to do their job without my interference, except where my expertise and knowledge is needed,” Sullivan said.

She noted, “I was quite busy, because Christmas is coming. All projects in progress, as well as finished, were taken out to be assessed.”

Sullivan will contact her customers as soon as possible. If necessary, she can be reached at [email protected].

For The Vintage Barber, a “Plan B” implemented during the coronavirus pandemic has eased some of the pain of losing the Center Street shop that opened in 2020.

“What we're doing is we already had a little station set up here at the house, down in the basement; and it's a cute little spot, which he set up during COVID, when they closed everybody down. He was doing a few cuts downstairs,” Stephens said. “So, what we're going to do is by appointment only at this point. And they could come to the house, because we do have a nice little station down there that we already have; thank goodness. Until we find another spot – which we are definitely going to open up again; we just don't know where – he's going to do them at the house.” 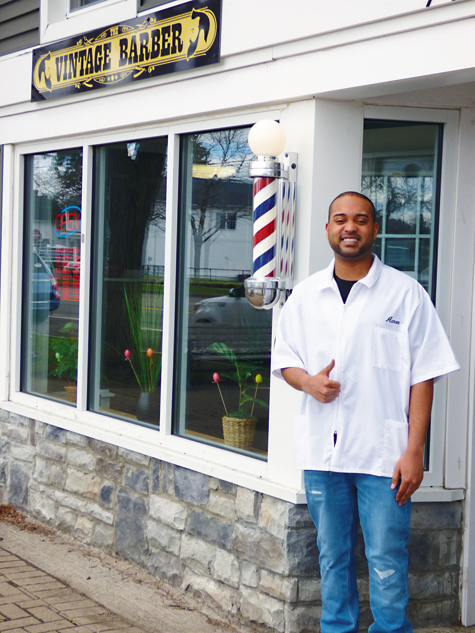 Aaron Stephens of The Vintage Barber.

As Aaron works this impromptu station, “I am going to start searching for a new place to either rent or lease or something,” his mother said. “We'd like to say on Center Street, because we got a lot of walk-in business that way.

“We do plan on reopening – and we will definitely reopen – but it probably won't be for about three months, by the time we find a place. We need all-new everything: Barber chairs, stations, everything.”

Stephens was able to salvage some items from The Vintage Barber.

“We got the sign, and we got the barber pole,” she said. “The firemen were so nice. They took everything out of there – that they could – and put it in the back room.

“We didn't have any fire damage. It was all water and smoke.

“So, they got the barber chairs and stuff out, but they smell so bad. You can never get that smell out of there. We can't reuse them. I could never bring it to another spot.”

Stephens added, “Whatever I could save, I did. Like at least his barber tools and stuff. They were in the back. And we unplug all of our equipment at night before we go – thank God – or those clippers would have been destroyed; you know, because that power surge. I don't care what kind of power surge thing you got to protect it, it would never have for that.

“None of our things were plugged in. So, those were able to be saved, thank God, because they're expensive. … But any of the furniture; the mirrors; the stations; our nice, bright lights – we couldn't save any of that.” 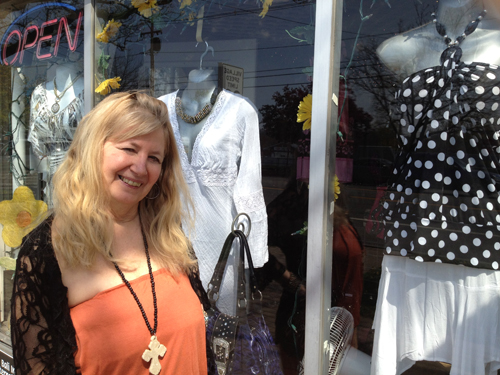 “I don't have any plans in the future to open up,” she said, noting tens of thousands of dollars’ worth of materials in the store were lost. “I don't know; I've lost everything. … I'm devastated right now, because I have no money coming in. I just don't know. I don't know where to turn. I don't know.”

She was planning to consult with the Niagara River Region Chamber of Commerce. On Friday, she announced a GoFundMe campaign.

Soully Created was about to mark its 20th anniversary in Lewiston.

In response to the fire, “Everyone's been so helpful,” Stephens said. “Tops gave us a nice gift card. The Brickyard’s doing something. Everybody stepped up. It's overwhelming, really. It's really nice.”

Even Home Depot chipped in.

“I was in there, and they didn't even know, and I was looking for just a couple of things for downstairs, a station; we needed a bigger mirror,” Stephens said. “And, I mean, they stepped up to the plate. They donated it to me. I didn't ask for that. He was like, ‘Oh my God, what do you need such a big mirror for?’ And I told him, and they gave it to me.”

Sullivan teared up as she thanked first responders, patrons and people who helped that day, and those who have sent good wishes since the fire.

“Everybody that was involved, has been not just doing their job, but considerate of us,” she said. “I cannot thank my people enough for their kind words.” An outpouring of “virtual hugs” has helped her soul “and is much appreciated.”

At Monday’s Village of Lewiston work session, Mayor Anne Welch said, “Thank you to our businesses and people in the community who stepped up to help. I know Anthony DiMino gave the fire victims Tops gift cards. Brickyard is selling their ‘17’ and ‘Lewiston Lager’ beer, and donating proceeds to them. Century 21 Realtor Sam Talarico is working with Sue’s Frame of Mind. …

“We have a wonderful, caring, generous and supportive community, and I am very proud to live here. When tragedy strikes, they always turn out.” 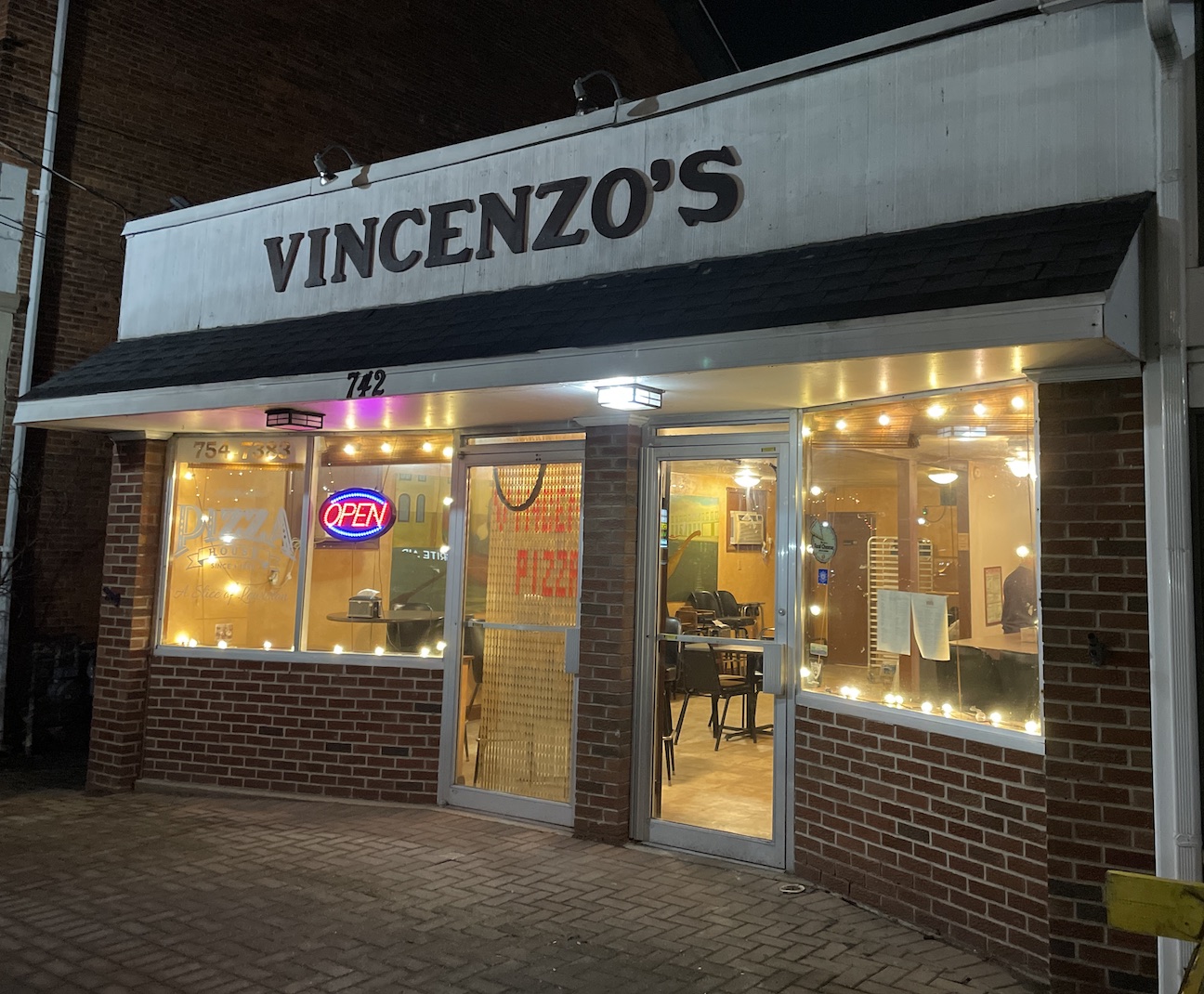 Those looking at photos and video of the incident know firefighters and first responders actually set their sights on four businesses.

Thanks to a fire wall, next-door neighbor Vincenzo’s Pizza House didn’t fall victim to the blaze, or take on the smoke or water damage of its next-door neighbors. Owner David Munzi reported his eatery, remarkably, reopened Saturday.