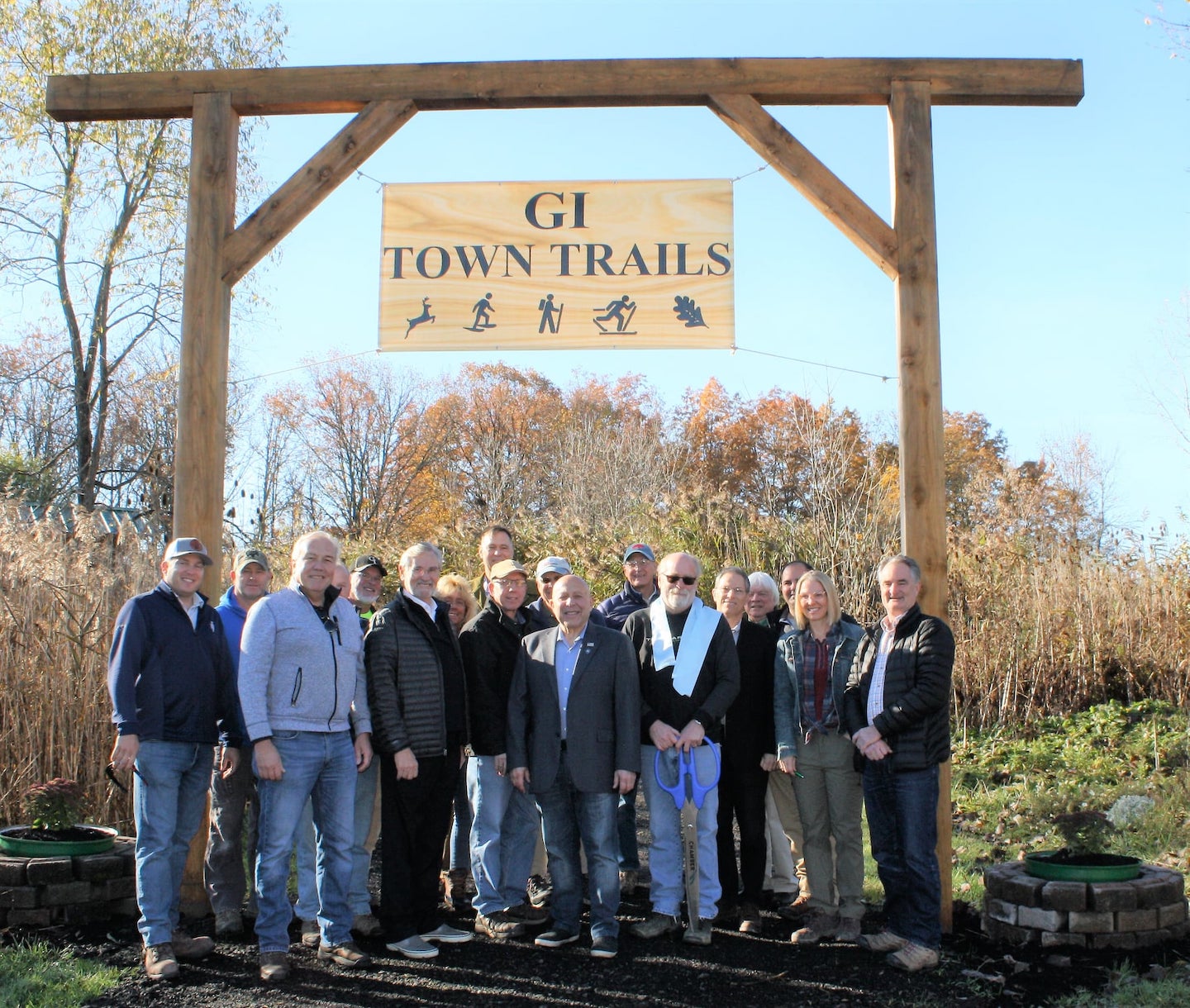 In last week’s Islandwide Dispatch, Town Supervisor John C. Whitney, P.E., revealed he will not seek reelection when his term expires at the end of 2023. He also explained Acquest Development Inc., owner of the property where the proposed Amazon warehouse was to be built, presented the town with a plan to build a 1.1 million-square-foot, one-floor, high-bay warehouse on the site.

This is part II of the interview with Whitney, who is nearing the end of his third year in office.

Whitney explained the process that eventually led to the recent ribbon-cutting in Town Hall: “The elevator’s original bid for $635,770 was rejected. When I took office in January 2020, we met with the architect and had the project redesigned. The elevator shaft was moved from the existing building (foyer), eliminating the need to demolish and reconstruct that part of the building. This also eliminated the need for asbestos abatement. The project was rebid and awarded to Concept Construction in October of 2020 in the amount of $337,000.00, which included us using $189,000 of Community Development Block Grant funds. There was a change order during the process, bringing the final construction cost to 344,923.”

“This elevator is a very important addition to our Town Hall,” Whitney added. “Technically, the Grand Island Town Hall is now handicap-accessible. Prior to the elevator, if someone with a mobility issue came to Town Hall and went in the lower level, but really needed to be on the upper level, they would have to exit the building, drive to the upper parking lot, and take the ramp to the doors on Baseline Road. The elevator eliminates that inconvenience, and allows us to better serve our citizens.”

“The DEC consent order allows us to work towards eliminating SSOs (sanitary sewer overflow),” Whitney said. “What occurs when we have weather events is water infiltrates into the town’s sanitary sewer system either by leaking pipes or leaking maintenance holes cross connections between storm and sanitary sewers, sump pumps, or down spouts into house laterals. We have been tasked with eliminating those issues, and it has taken a lot of time and money, probably up to $2 million per year of town dollars.”

“We have made great progress of reducing sanitary sewer overflows,” he added. “When we began, we had eight points of overflow in the town, and we have now reduced that to four.”

Whitney said, “The Town of Grand Island has done a great deal in regard to our parks and trail system. We have tremendously improved the trails through the Nike Base. That trail system consists of more than three miles of six marked trail loops with the trailhead at the Nike Base, which allows ample parking. This trail network connects the West River Shoreline Trail to the Western New York Land Conservancy’s Margery Gallogly Nature Preserve.

“These trails are a new addition to our trail system, they are well marked, and walking through them is a beautiful experience. We are very proud of them and everyone who has made them a reality. The Margery Gallogly trail has unique trees and specimens that draws visitors from all over WNY and Canada.”

“We are extremely proud of the ecotourism industry that is developing on Grand Island. With kayaking becoming so popular in the summer, and our cross-country trails in the winter and the ability to hike year-round, this is really becoming another industry for us. We my look into hiring an ecotourism consultant to further develop this for the town,” he added. “Our Scenic Woods Trail is very busy and, hopefully, we will see phase two developed down the road.”

Representatives from Greenway have been meeting with town, Erie County and New York state officials for nearly three years to clearly define a direct route for bicyclists on the trail, from bridge to bridge through Grand Island. One route they will direct cyclists is along the West River Shoreline, but the issue is clearly defining a shorter, direct route through the center of town.

“This continues to be a work in progress,” said Whitney, who has met frequently with members of Greenway, his staff and Town Board members to resolve this matter. “We have an issue on Grand Island Boulevard, between Whitehaven and Baseline roads, that must be resolved. The town has sent a letter to the state, and they have passed it on to its planning department – and it died there.”

“On the other side, there is so much buried underground that is really is hard to widen that road for a dedicated bike path. With all those constraints, it becomes a physical challenge for us.”

•Read part one of this interview online HERE.