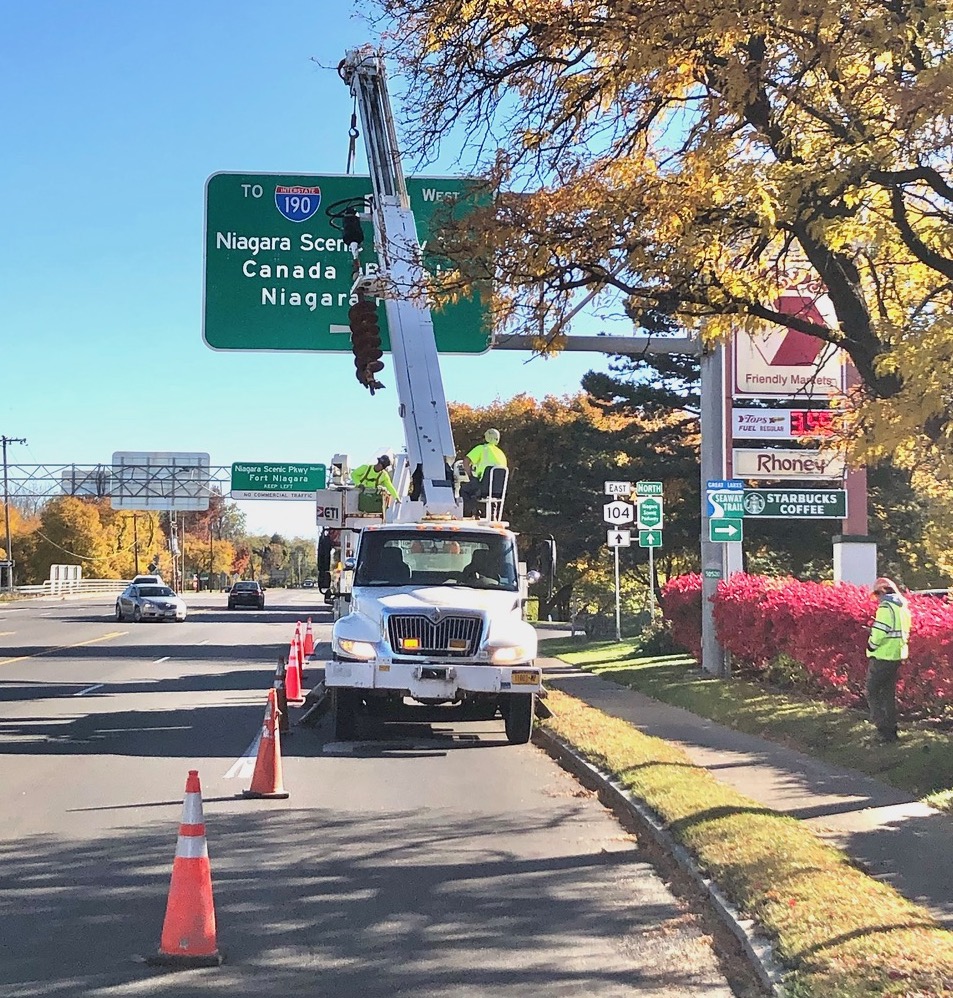 Submitted by the Lewiston De-Sign Committee

The Lewiston De-Sign Committee, a group of local citizens dedicated to removing an overabundance of signs and clutter in the village, declared another victory on Monday, Oct. 24, when a large sign near the Niagara Scenic Parkway entrance was removed by the New York State Department of Transportation.

The committee said the sign, which has stood at the intersection for over 60 years, was too big, unnecessary and contrary to the historic character of the village. The removal follows the deconstruction of another large sign, next to the Lewiston Chamber of Commerce office, which was taken down several months ago.

“We would like to thank Mayor Welch for inviting us to join her at a planning meeting at the DOT offices in Buffalo a couple of years ago. We stated our case and DOT was very cooperative in helping us achieve our goals. There is a lot of work left to do, but we are making significant progress,” said Lee Simonson, the organizer of the De-Sign Committee. 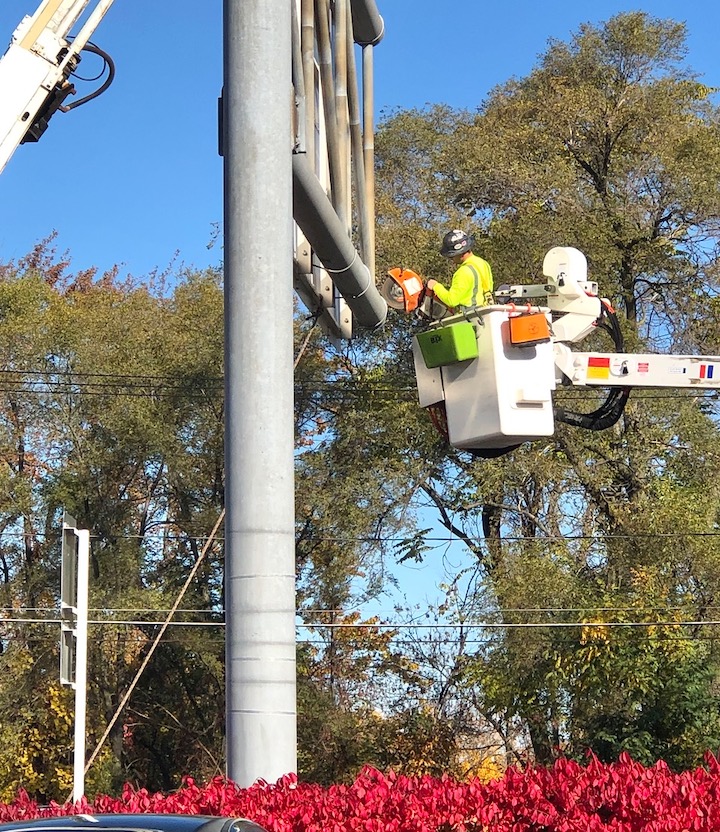 The huge signs – the committee calls them “signs on steroids” – are remnants of the original parkway construction, which shifted the main entrance to Lewiston from Portage Road to Center Street in the early 1960s.

Simonson said that efforts to remove the six-lane gantry over the parkway bridge coming into Lewiston will continue, along with other unneeded and confusing signs such as the “Northbound Alternate” signs, which “99% of the people have no idea what they mean.”

He said the committee is still waiting for local governments to adopt a policy that “when a new sign goes up, an old one comes down.” Simonson explained that would help reduce the proliferation of signs, and force decision-makers to prioritize signage.