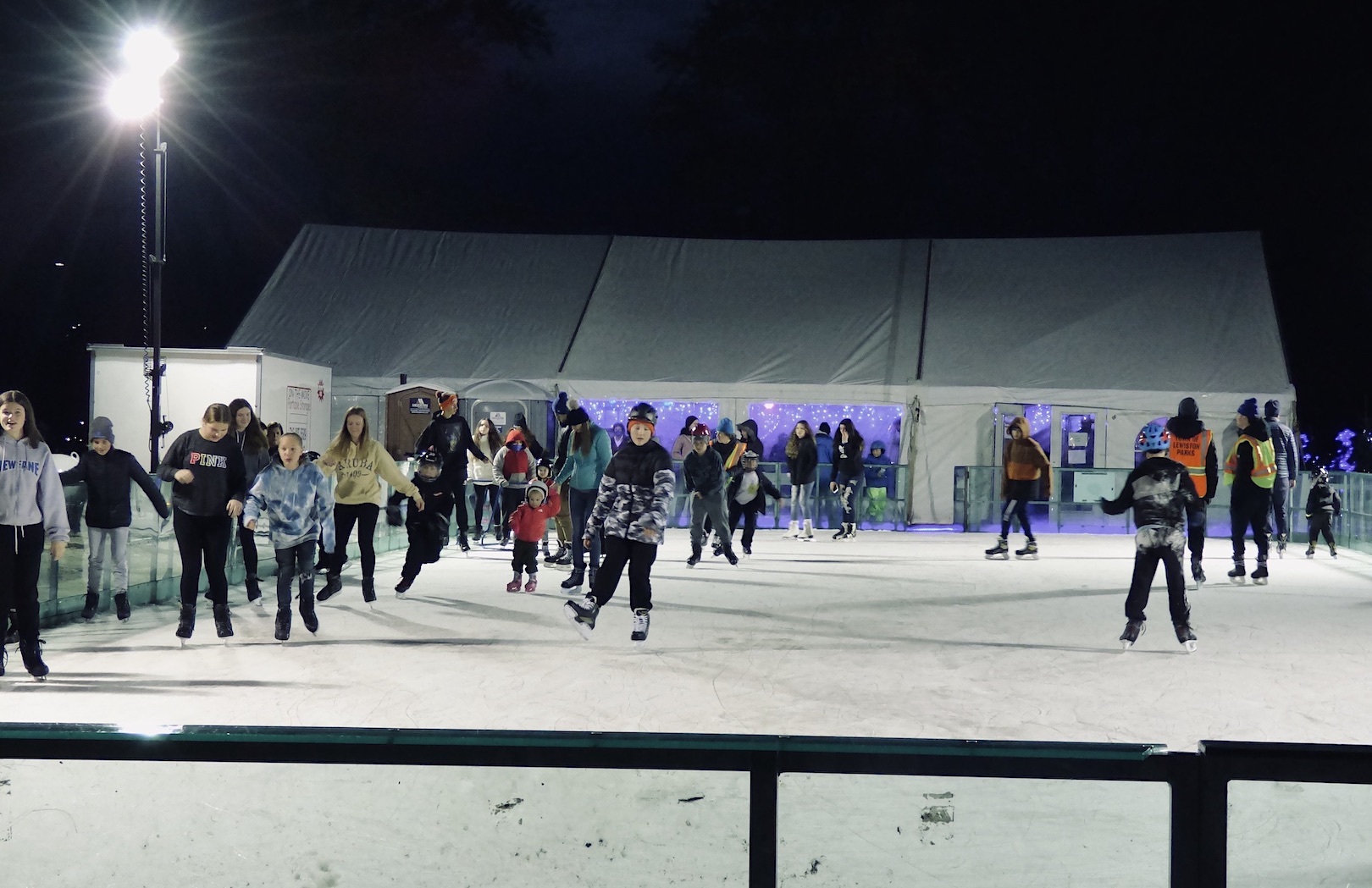 As the 2022 holiday season approaches, it appears the Town of Lewiston Family Ice Rink is being put on the shelf for this year. The Town Board announced last week that, due to a number of concerns – most notably the condition of the ice rink cooling systems and related equipment, plus uncertainties with the rink’s Academy Park site – it has decided to suspend the annual holiday feature for this year.

“We all have been talking about the ice rink for well over a year, as to what the future holds” Councilman Bill Geiben said. “I commend the board for supporting the ice rink all these years. It’s a true asset to the Lewiston community. But regrettably, I think it’s reached its life expectancy.”

“After many years of operation, the ice rink has reached its life expectancy,” Cvijetinovic said in a communication to board members. “There are a number of repairs, that include coils and manifold replacement. We would also have to update the current ice-skating equipment. This would cost approximately $50,000.

“Additionally, the current location of the ice rink is not finalized, due to the approval from the Village of Lewiston. Our recommendation is not to operate the ice rink this winter, due to the feasibility we are faced with. We are hopeful to operate a brand-new (rink) for the winter of 2023 and bring back the joy of the ice rink, as it has brought to families for many years.”

Geiben said he discussed the matter with Supervisor Steve Broderick and board members, and all are in agreement.

“Basically, the ice rink has outlived its life expectancy, it’s done,” he said. “If we’re going to have an ice rink, we’re going to have to find a new solid location where we can leave it up permanently, and not tear it down, put it up, tear it down, put it up. Basically, doing that shortened the life expectancy of the coils. So, it’s to the point where we’re done.”

Geiben said he was disappointed on the news, but was being realistic: “I know when it’s reached the end of the road; it’s time to turn the page and move forward. There will be no ice rink for the winter season of 2022-23.”

Broderick said he discussed the matter with Cvijetinovic on the chance of the town holding public skating nights, possibly twice a week during the holiday season, at Niagara University’s Dwyer Ice arena. NU currently offers open skating at the arena. Broderick said the state of the current ice rink’s related equipment was a factor in the town’s decision.

“Part of the equipment is the ice skates themselves – the rental ice skates. They’re shot, rusty, have mold on from storage. It would have been $50,000 just for the ice skates,” Broderick said.

He said last year, when the rink was installed, the boards were failing, thus necessitating short-term fixes by the town to even open it.

“It wasn’t safe, kids got their hands cut, and it just wasn’t a viable option to throw good money after bad,” he said. “So, unfortunately, we’re going to take one year and reassess.”

Geiben said Zahno and Cvijetinovic would be working on a solution for the rink’s future over coming months, with recommendations expected by March 2023. Areas to be reviewed include the rink’s future location, ice surface and its auxiliary equipment, “so that we can move forward with securing recreation grants, and Greenway grants, to have a facility that will be able to stay up throughout the year, and we don’t have the extensive wear and tear of tearing it all down every year.”

He said the town is discussing the matter with NU officials for skate nights this year.

“Hopefully, Niagara University will be our site,” Geiben said. “We would probably have to staff it. So, Cathy is going to put (this) into the works as soon as possible.”