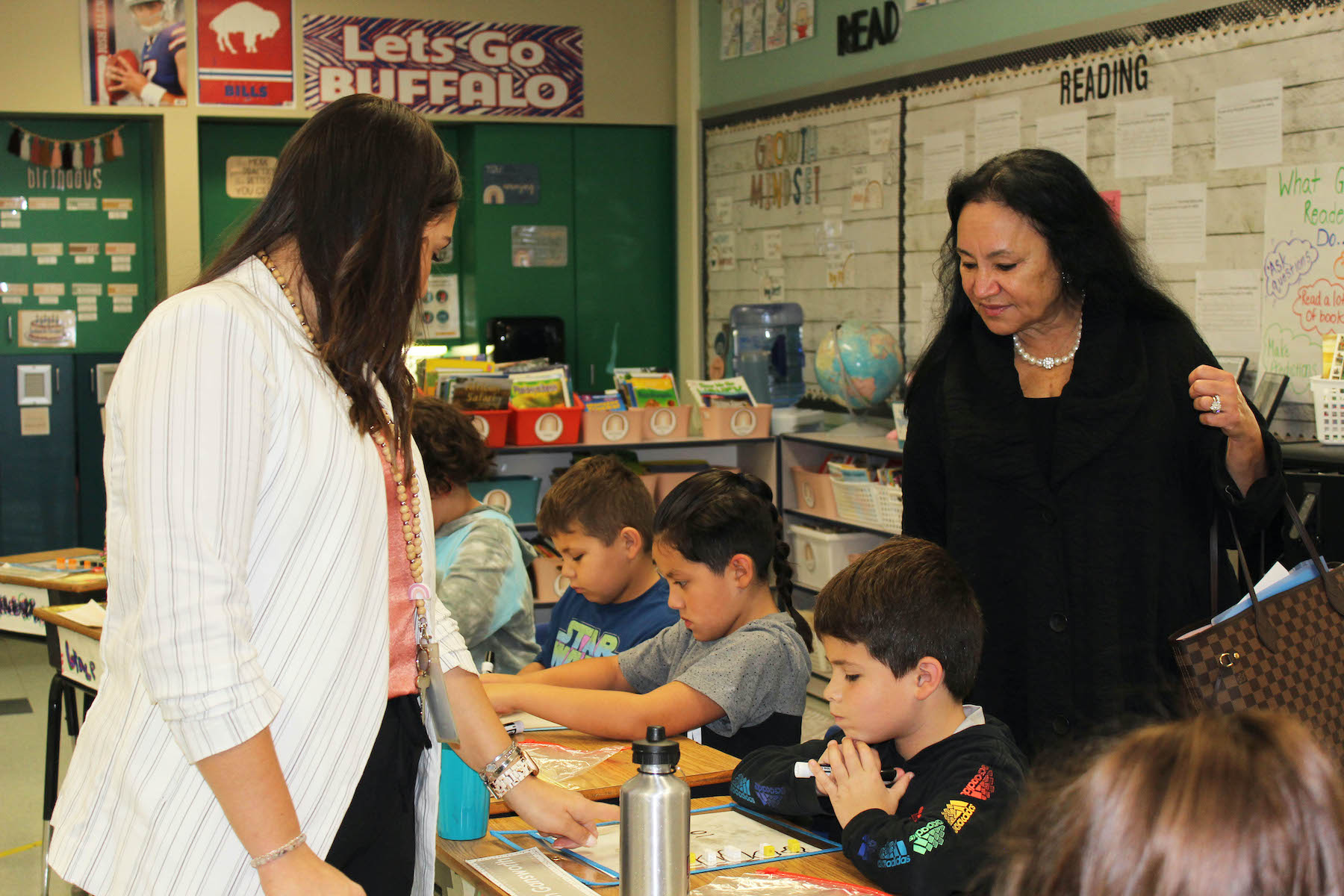 New York State Commissioner of Education Dr. Betty A. Rosa and members of the New York State Education Department made a visit to the Niagara Wheatfield Central School District, specifically to the Tuscarora Indian School. The goal of the stop was to meet with the members of the Tuscarora Council, tour the school, and inspect the beginning of school improvements that have started thanks to monies from New York state totaling $11.8 million.

The school serves prekindergarten through sixth grade on the Tuscarora Nation. The building itself is not owned by the district, but by New York state, who is responsible for its upkeep. Until recently, the Tuscarora Indian School, St. Regis Mohawk School in Salmon River Central School District (Franklin County) and the Onondaga Nation School in LaFayette Central School District (Onondaga County), and 14 other NYS buildings had to share $3.4 million annually for building improvements, leading the buildings to become increasingly dilapidated.

The New York State Education Department said the purpose of the visit was “to obtain advice, recommendations and guidance to promote, advance and support educational opportunity and state education policies for Indigenous students, consistent with First Nation values and culture.”

Niagara Wheatfield CSD Superintendent Daniel Ljiljanich says the conversations Dr. Rosa had with clan leaders will help to build a relationship of trust and open lines of communication.

Tuscarora Indian School Principal Liz Corieri introduced Commissioner Rosa to her staff and brought the visitors into the classrooms to observe the students and teachers. One of the classrooms Commissioner Rosa visited was the culture class, where teacher Vincent Schiffert was working with students on corn husk dolls. Schiffert and his students told their visitors the story behind the dolls and why they had no faces.

“It is to remind children not to be vain, and that it is wrong to think they are better than anyone else. The Creator have given a special gift to everyone and that they should be thankful for that,” Schiffert said.

Dr. Rosa helped some of the students with the construction of their dolls and then was presented with one before she left.

In the language classroom taught by Caitlin Phillips, students were discussing the book “A Stranger At Home,” which is true story about a young Native American girl whose family comes to claim her from a residential school, and how she feels like an outsider when she returns home. 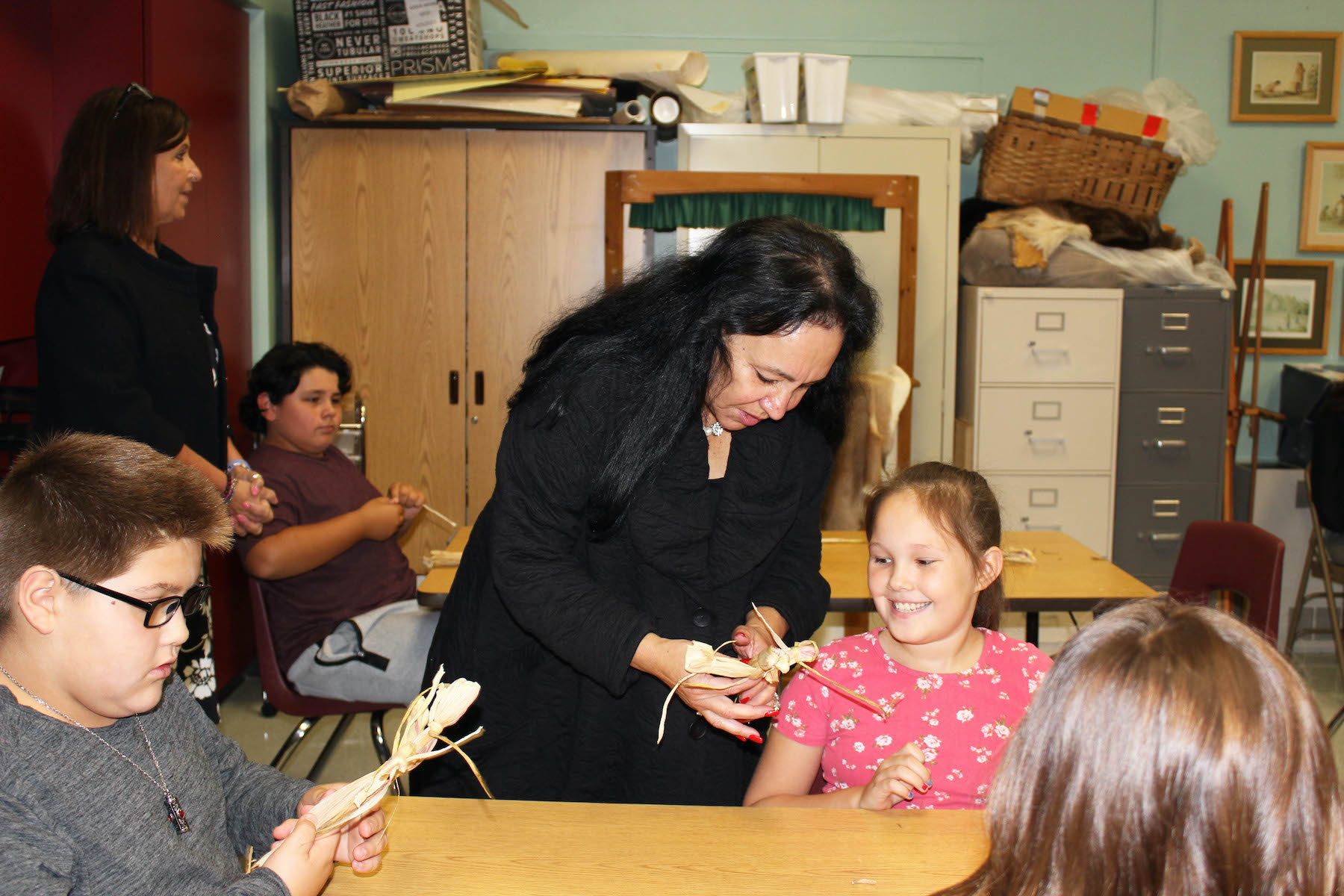 Rosa is shown with a culture class corn husk doll.

Dr. Rosa asked the students questions about the story and what they would say to the main character if they could talk to her. The students also recited the Haʔ Kanęherathęhčreh speech. It is a speech used to open and close any Akunęsye·niʔ (Haudenosaunee) gathering, often referred to as the words before all else.

“The speech acknowledges and gives thanks to everything we have in the natural world,” Phillips said. “It starts by giving thanks to the assembled crowd listening that day, and moves on to give thanks to all the aspects of the natural world – from the ground to the sky.

The speaker ends each section with the phrase ‘Now our minds are one.’ The men in the gathering respond with a word of agreement, Čeh. This speech serves to remind us, on a regular basis, to always be thankful for everything. At the conclusion of this speech, everyone's mind is focused and now ready to begin the business for which they have gathered that day.”

Corieri said the school was honored to host Commissioner Rosa.

“The visit from Commissioner Rosa was historical for our school,” she said. “Commissioner Rosa interacted with the students; asked deep, rigorous questions; and made every student feel special. I look forward to working together in the future.”

“We are hoping this is the first of many meetings,” Ljiljanich said. “One of the conversations we had related to the creation of an Indigenous Language and Culture teaching certification for the state. It currently doesn’t exist, and the New York State Education Department is looking into creating that pathway to pursue greater inclusivity and diversity in education.

“All in all, I would say it was a great restart to building a relationship with the Tuscarora Nation and the Tuscarora Elementary School. The day was filled with some very special moments for all of us here at Niagara Wheatfield.” 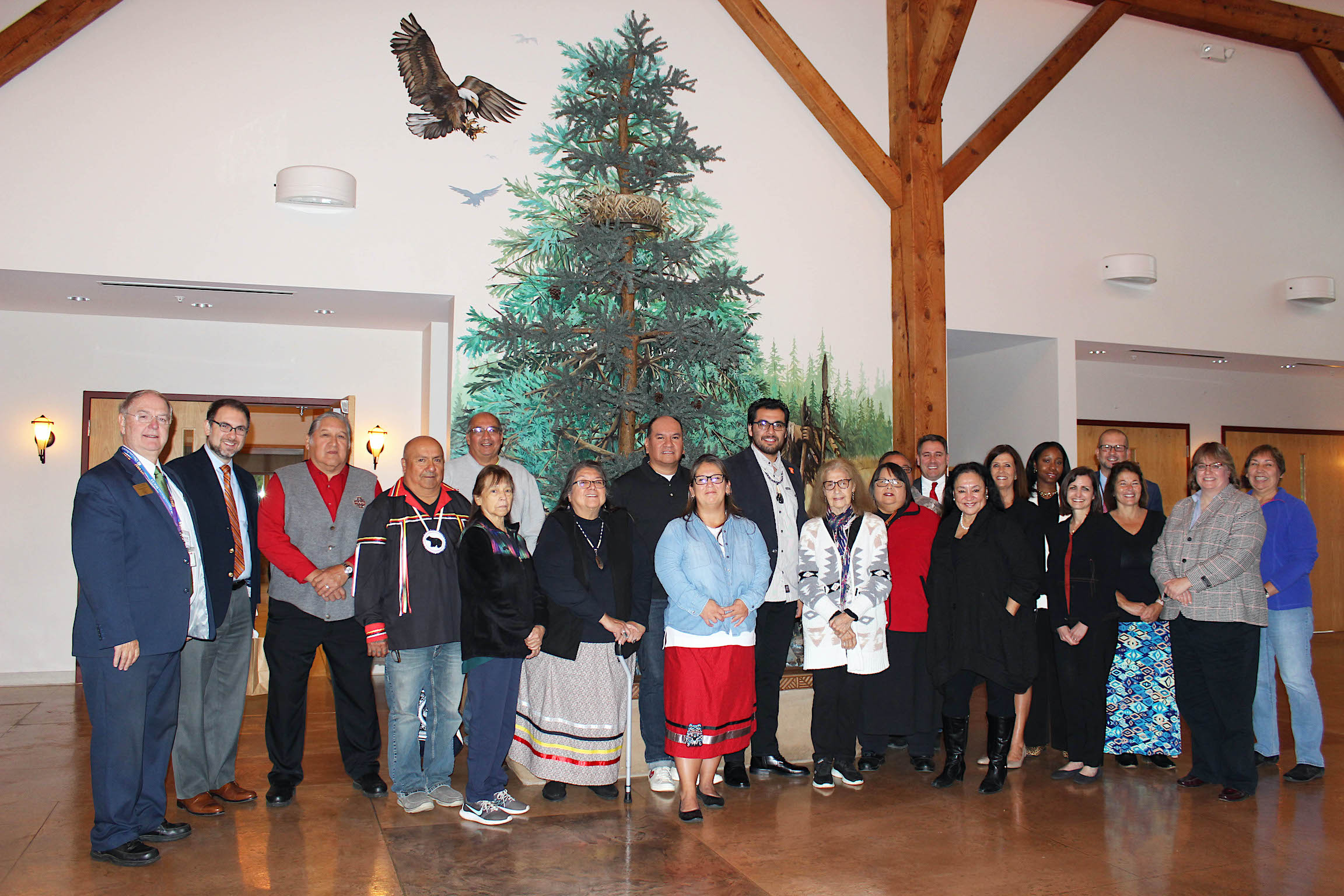 Rosa with Clan Chiefs and mothers, and administration.