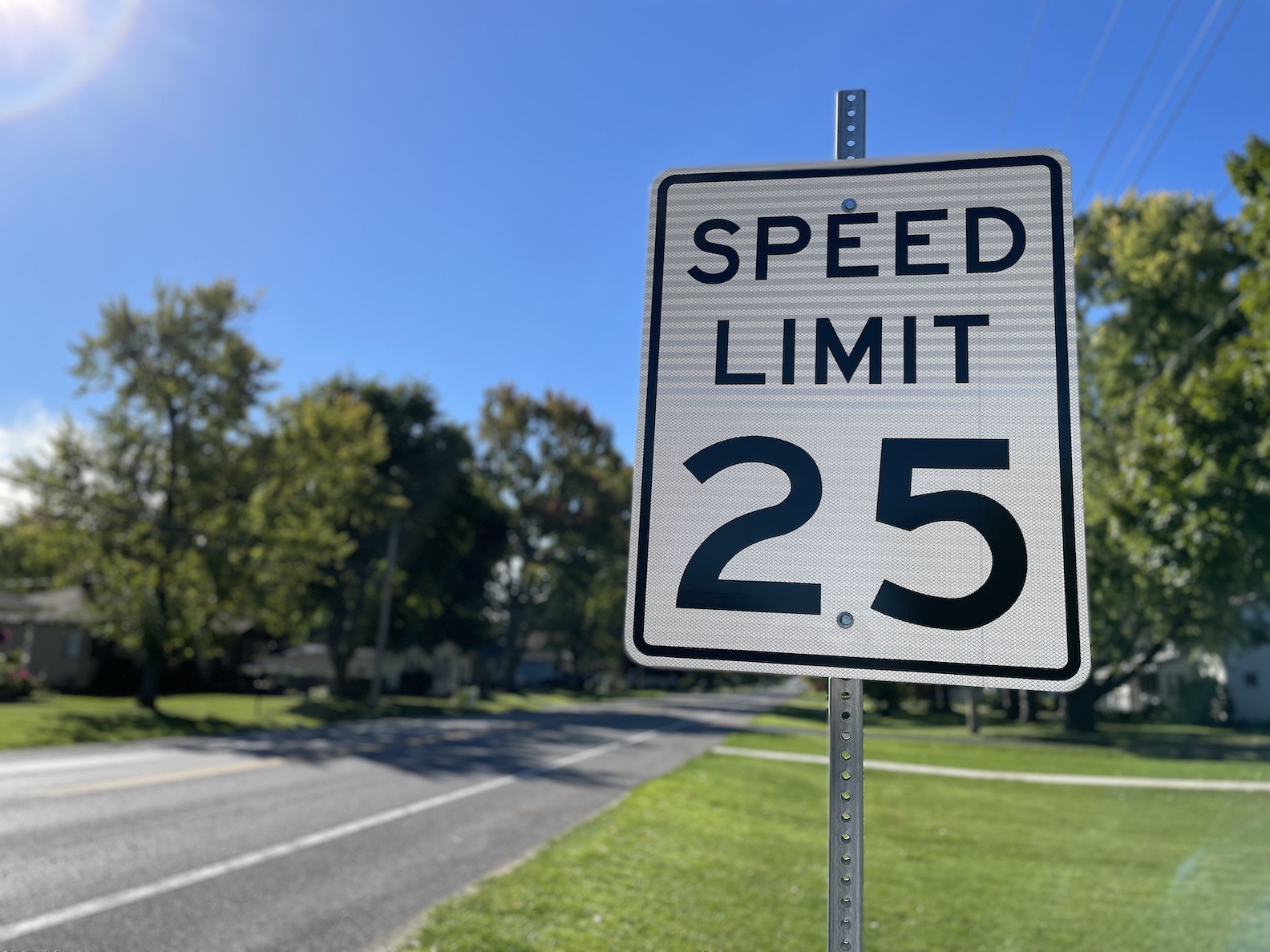 New 25 mph signs were put in place last Friday in the Village of Lewiston.

Residential roads in the Village of Lewiston now have a posted speed limit of 25 mph.

Noticeably missing is Center Street, which is a state-controlled thoroughfare. Despite Gov. Kathy Hochul’s proclamation permitting municipalities to lower the speed limit to 25 mph, Mayor Anne Welch said the New York State Department of Transportation seeks to conduct its own traffic study to determine which speed is appropriate.

There is no timetable on when a study might begin, or details on how long it would take to get results.

“I am in agreement with it – and, matter of fact, I would be fine if it was 20. I, myself, drive pretty much 20 down Center Street,” he said. “There’s 12 crosswalks between the entrance of the village and all the way down to Fourth Street. That is a lot of crosswalks for that amount of space.

He said lowering the speed limit by 5 mph “is definitely significant,” as far as braking distance is concerned. At 30 mph, it takes 153.1 feet to stop. That space shrinks to 121.6 at 25 mph.

Welch said, “As far as the 25 mph on the side streets, hopefully, that will help – because cars are just driving so fast now. Half of them don't stop at the stop signs.”

She added, “We’re doing it for our residents. We’ve had so many complaints about people speeding down residents’ streets and running stop signs. This is just a little more added security, to keep it safe for them. …

“I think every little bit helps.”

Residents will be given some time and latitude to adjust to the new speed limit.

Previte said, “I imagine there will be more warnings, than probably usual, with the change – unless something is flagrant or obviously out of line.”

He added, “If it is posted, we will expect people to observe the posted speed limit sign – not what they think it was. …

“There will probably be a learning curve, where, like I said, unless somebody is doing something that’s kind of ridiculous. Depending on the situation, I’m sure some of the traffic stops will be informational, as well, to remind people and make them aware.”

Village trustees approved a motion to change the speed limit at their September work session.

For more, see >> Village of Lewiston Board votes to lower speed limit; no start date set