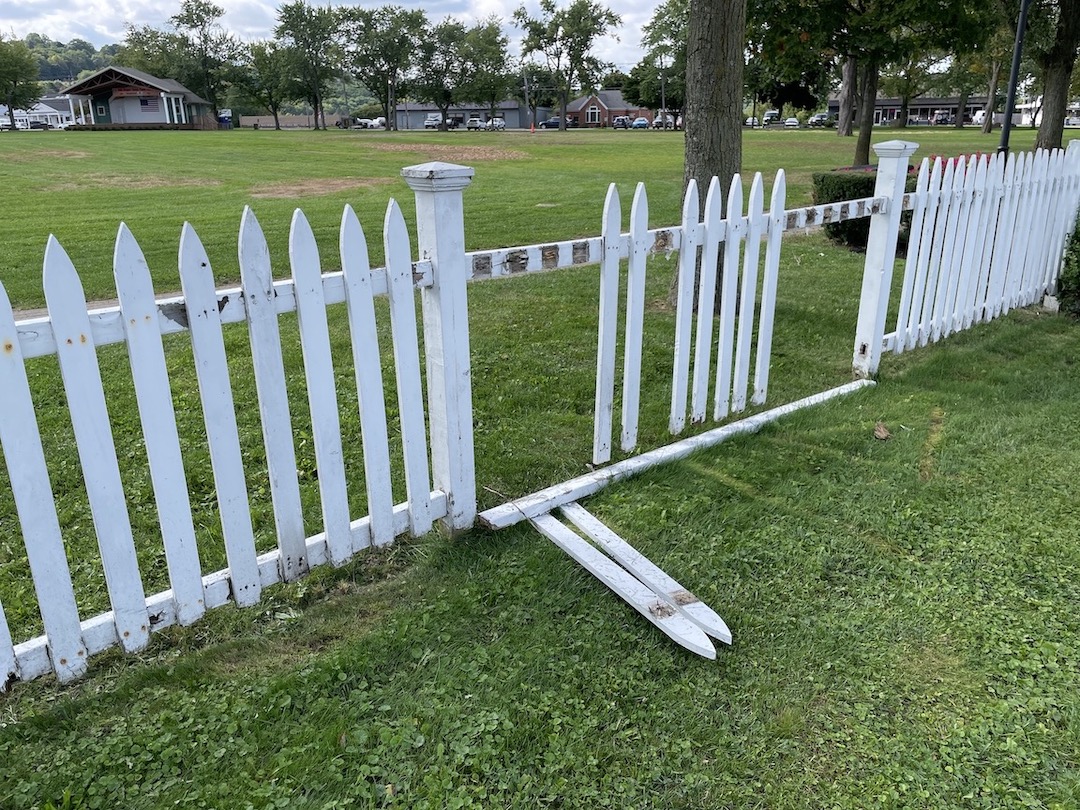 Fencing along Academy Park will be replaced this fall.

Village of Lewiston to replace white fencing along Center Street

The Village of Lewiston Board of Trustees voted Monday to spend $94,486 to replace the white fencing along Center Street. Funding will come from proceeds of the “Big Yellow House” property sale.

Along the roadway, some sections of fencing are broken and said to be beyond repair; other areas are missing posts.

Mayor Anne Welch said, “We’ve run out of fences. And the ones that we have left are so deteriorated. I’ll tell you, if somebody does lean up against them, they could get hurt. They are so rotten.”

She noted, “Everybody loves the look of the white fences in Lewiston. … We have the money that we could actually do this now.”

Welch credited residents Tasia Fitzpatrick (a member of the Planning and Beautification commissions) and Susan Hofert (an Historic Preservation Commission member) for directing the fence replacement project. “I know you worked hard on this.”

Fitzpatrick said, “We took this on as like a personal mission, because we’re so invested in Center Street.”

The pair began its research two years ago, and entered into discussions with fencing companies at the start of 2022.

“We know this is part of the charm (of the village),” Fitzpatrick said. “At Christmas, we hang our wreaths. There’s fewer places to hang them now, of course, because there’s nothing left to hang them on. They’re falling apart; they can’t be repaired.”

Deputy Mayor Vic Eydt said, “I agree with them 100%. It is part of the charm of this whole village.” 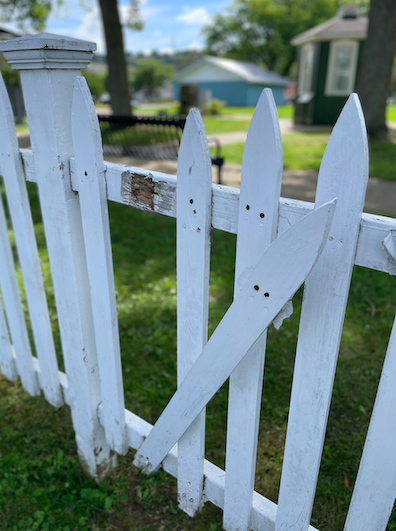 Hofert said, “Wherever there was, there will be again,” in reference to where the new fencing will begin and end. That includes the south side of Center Street from Academy Park to the home of the late Bruce Sutherland at 605 Center (excluding the metal fencing in front of the CVS and Rite Aid plazas; that will remain); and to Stevens & Lewiston Insurance on the north side of the road.

Fitzpatrick said, “They told me they feel confident – not 100%, but confident – they would have it by Nov. 12, in time for Christmas this year.”

She noted Fox Fence’s supplier is local, “so that’s a big plus.

“They would bring a huge team and obviously just work right down Center Street.”

Hofert said three other fencing companies were contacted and either don’t service Lewiston, couldn’t supply the right products, or didn’t respond to a request for pricing information.

“Because Fox has done so many projects in the area, we already know that they’re quality,” she said.

Trustees previously agreed to pay for fence replacement in front of the Sutherland home. This new fee includes that portion of posting.

Prior to this transaction, the municipality had approximately $177,000 left in funds from the sale of 475 Ridge St.

Monies also are going toward the installation of new and advanced security cameras in and around the Red Brick Municipal Building and adjoining play areas.

Coppins said, “I think it’s good we sold the house and we’re giving back to the community.” 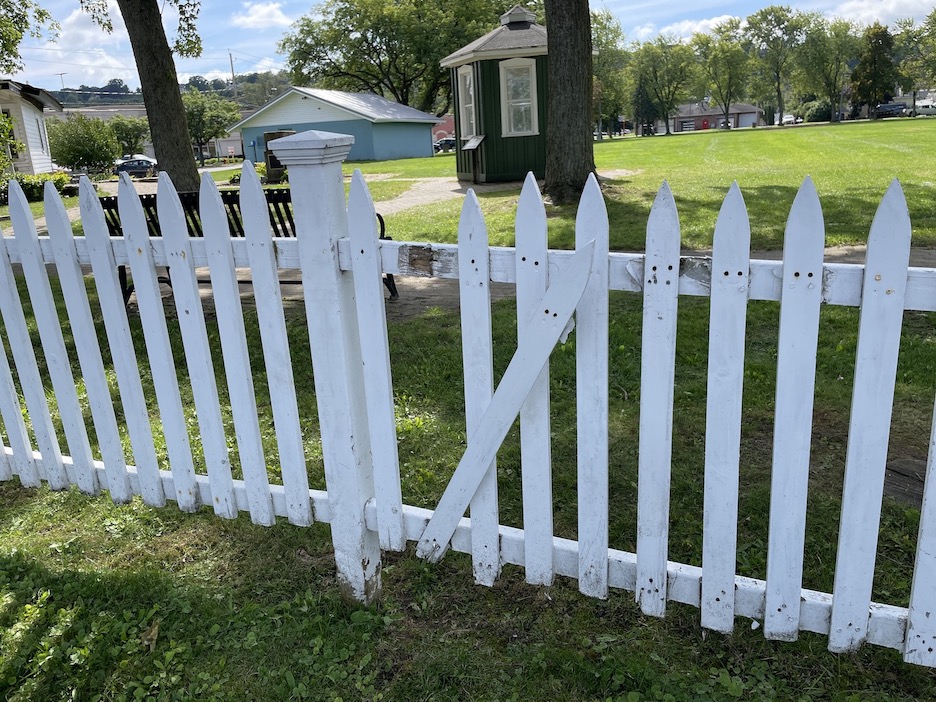 •And one for the development plans, as presented, for a second-story addition and a concrete pad to be added on the north side of the Whirlpool Jet Boat Tours/Griffon Brewery & Gastro Pub building at 115. S. Water St.