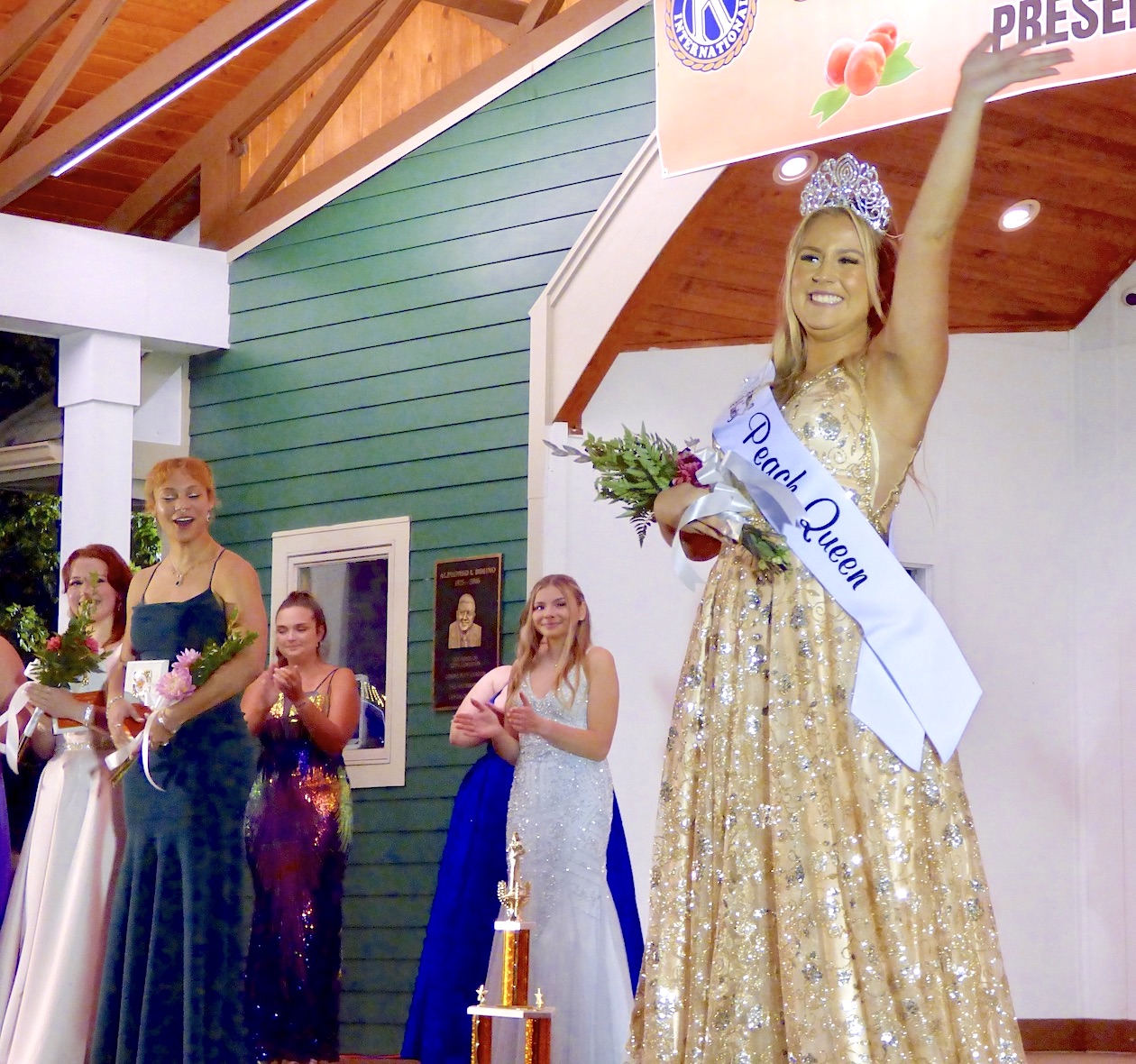 Jordan Brooks barely had time to process winning her first award Sunday night when her name was called as the next Niagara County Peach Queen.

“I was ready to cry when they called the Miss Congeniality,” she said following her crowning. “I was like, ‘OK; I'm so honored to be picked by my peers for something. I'm so thankful that they felt that they can confide in me as a safe space, and that I was able to give them the type of friendship that they came into this organization looking for.’

“But when my name was announced for Peach Queen, it was an unbelievable, overwhelming amount of emotions.

“I did not expect to come into this organization – and when I came in, I'm 21 years old – it’s the last year I would be eligible to do it. But I just have so much that I want to bring to this organization and, now that I know that it is reality – that I will be able to do so – I am so ecstatic.”

The daughter of Susan and Brian Brooks is a student in the University at Buffalo School of Social Work master’s program. In winning the competition, Brooks earned a $4,000 scholarship courtesy of the Lewiston Kiwanis Club.

Perhaps more importantly, she receives a prominent platform for the next year.

“I actually grew up in Niagara Falls so, for me, being able to give back to my community and the neighboring communities within our county has always been something that's been really important to me,” Brooks said. “It's something that I've spent a lot of time throughout my adolescence doing. So, the fact that there is an organization like the Niagara County Peach Queen program – that allows me to do this on a greater platform – I couldn't be more excited.”

Each Peach Queen is tasked with raising money and awareness for a cause of choice. Brooks plans to work with Youth Mentoring Services of Niagara County to bring additional mentoring services to the region. 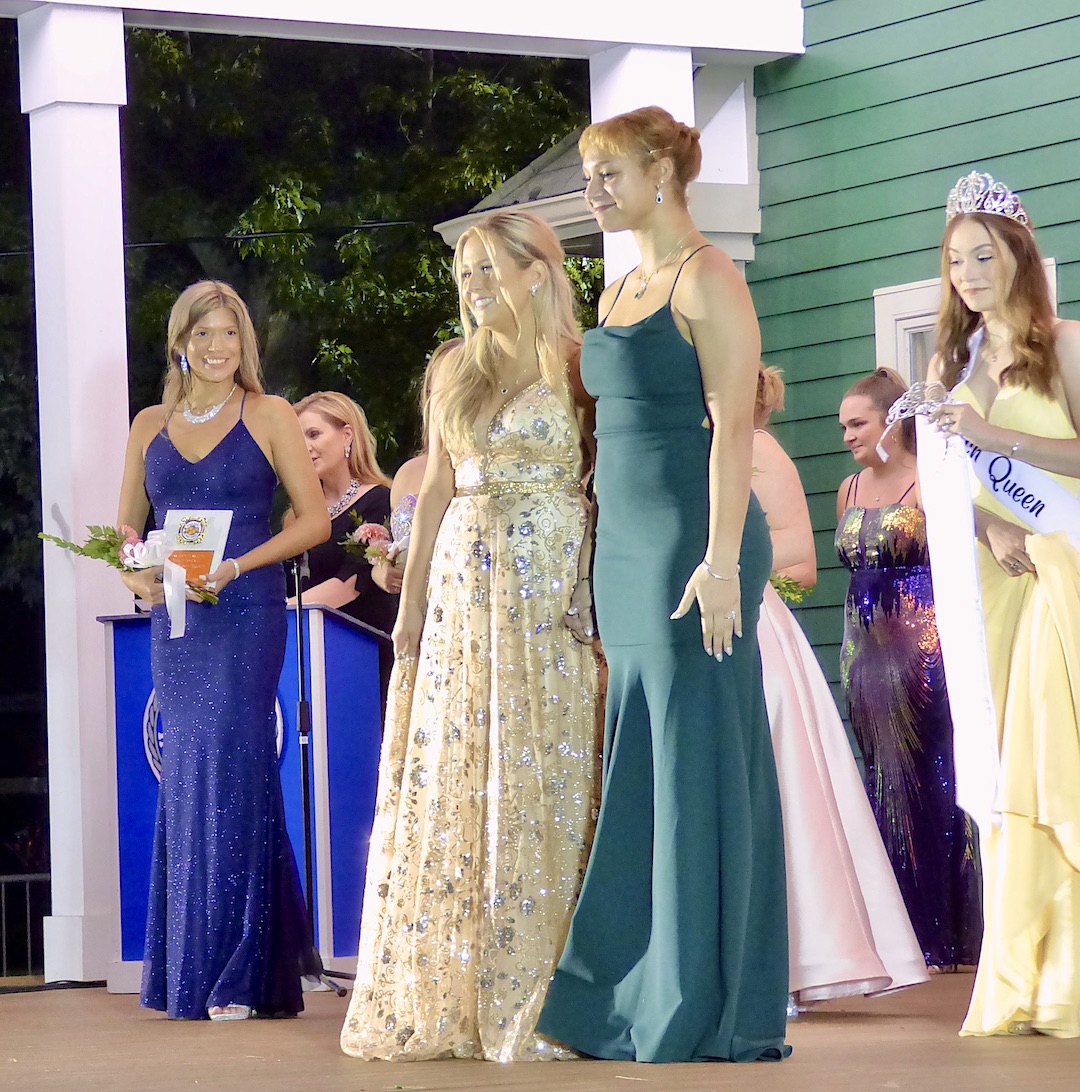 The moments leading to the big announcement. ... 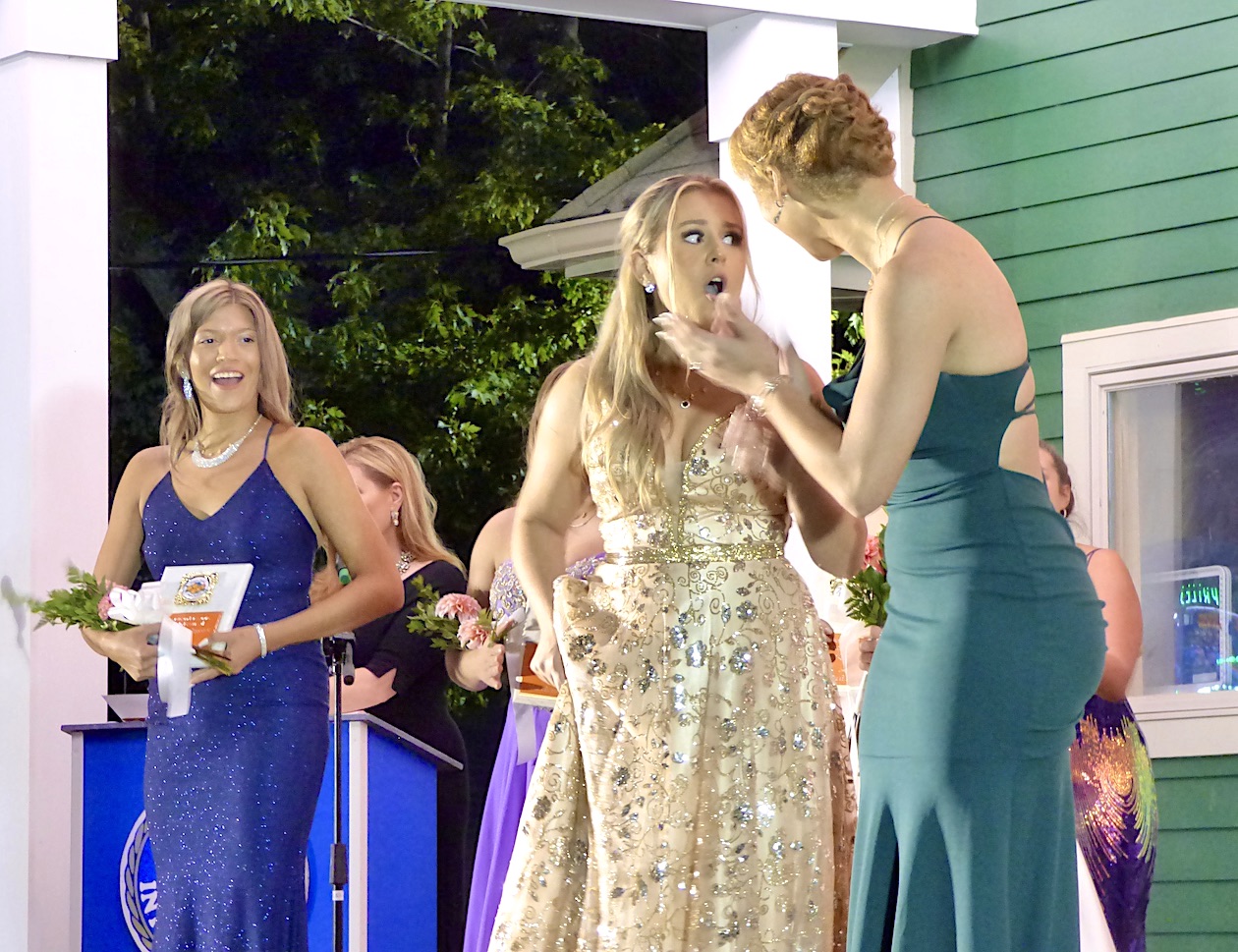 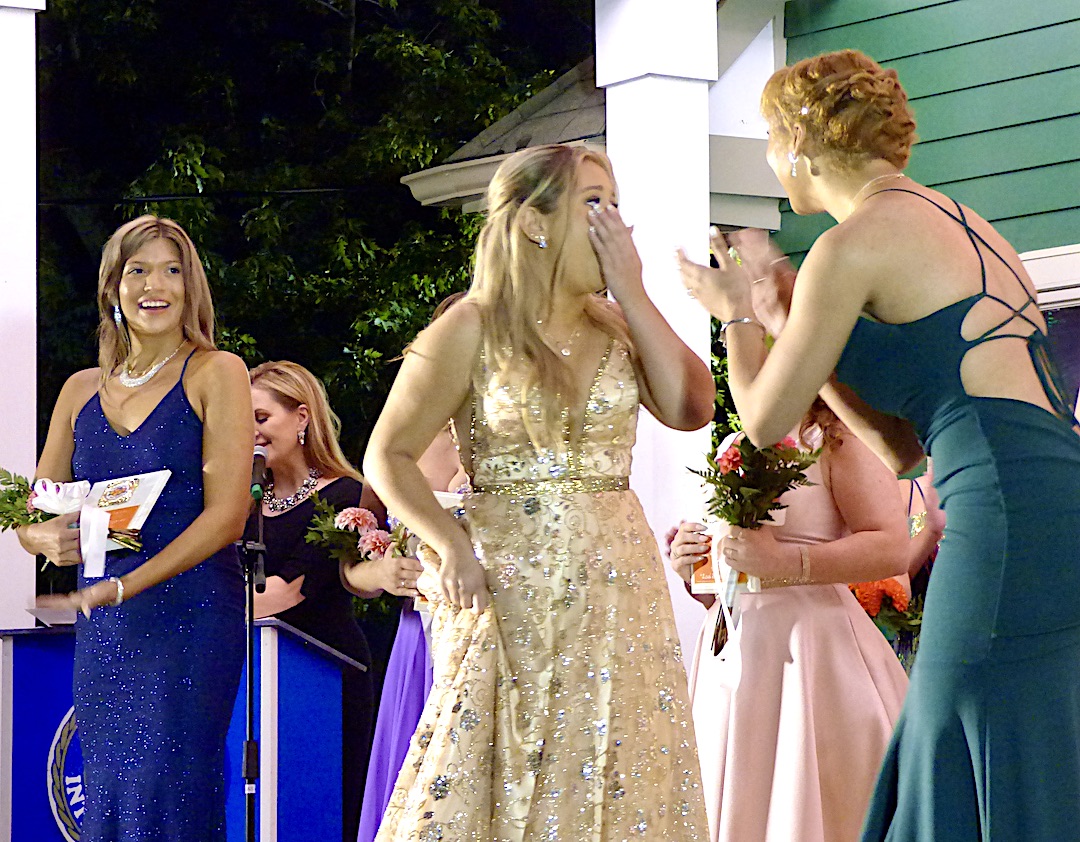 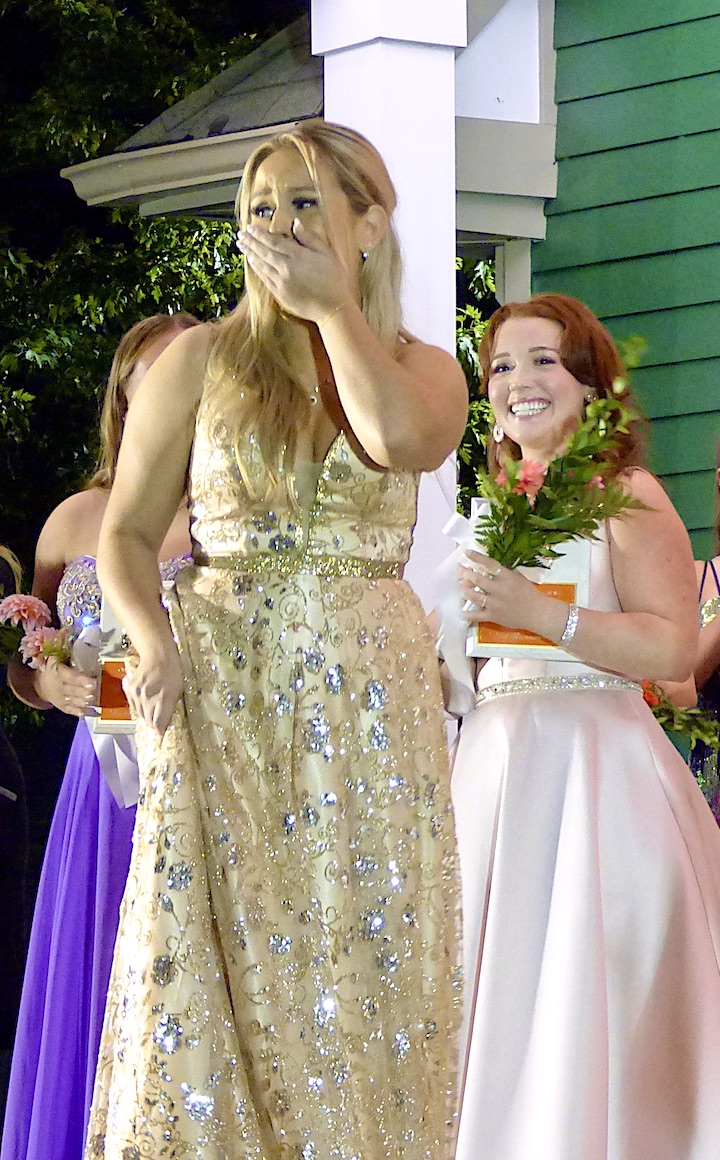 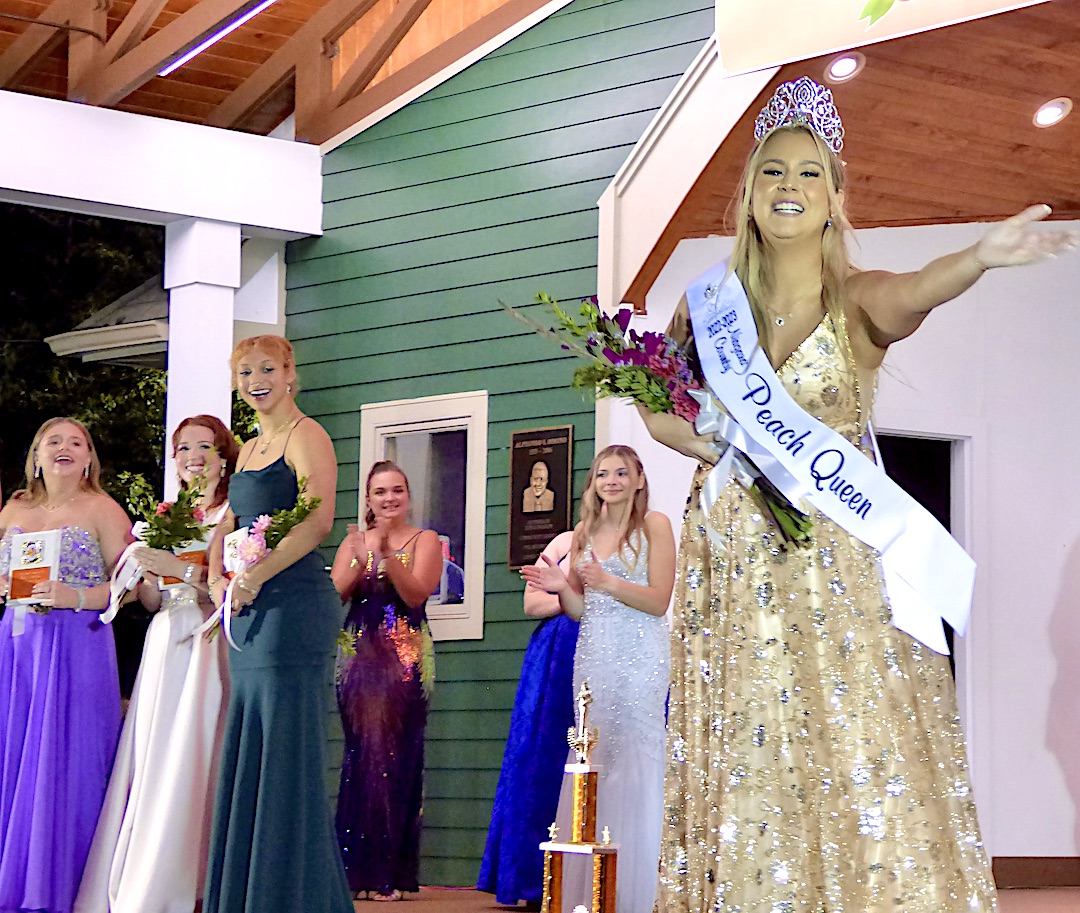 A winner is crowned. 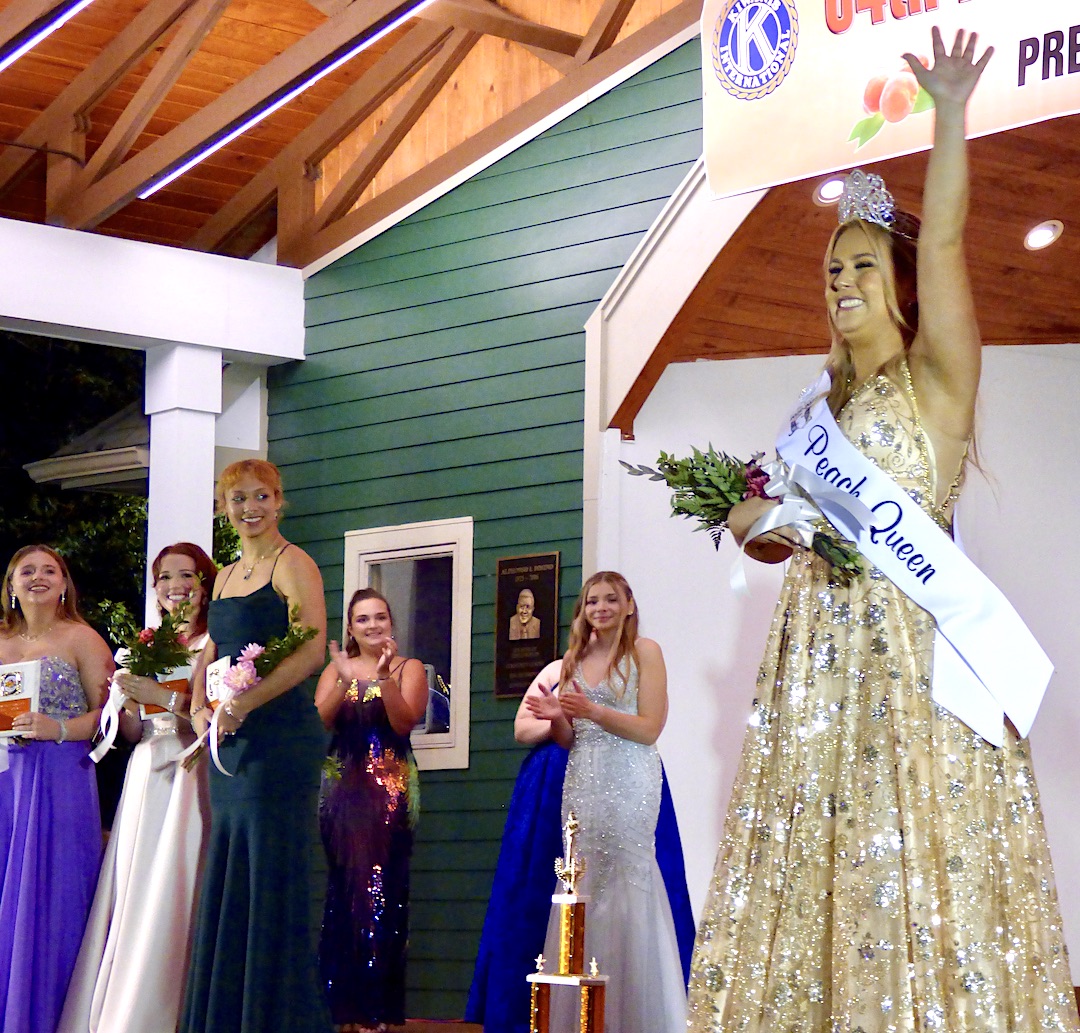 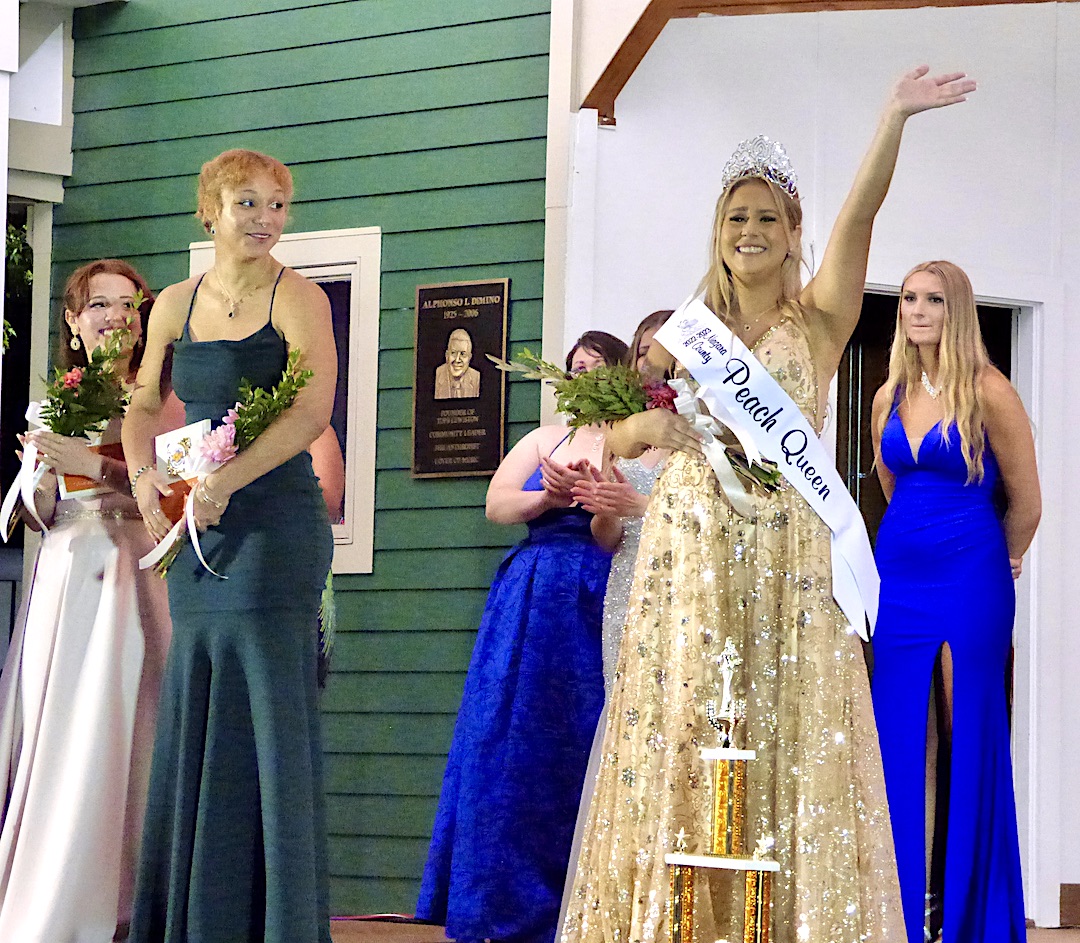 Peach Queen Scholarship Pageant Coordinator Jennifer Pauly said, “As the top five were called on Sunday night, I knew any one of those chosen would be able to represent the title of Peach Queen! Jordan was comfortable on stage, and you could tell she was just being herself. That is so important for a contestant. We encourage them to be themselves and it will show! I'm excited about the year with Jordan. She has a servant’s heart and is ready to serve the community!”

In her bio, Brooks said she enjoys graduate research, tennis, writing, painting/tie-dye and training her 1-year-old miniature bernedoodle, Sadie. She is an alumni member and former vice president of philanthropy for the Epsilon Mu Chapter of Alpha Sigma Tau at UB, and a participant in ConnectLife, National Society of Leadership, graduate student association for UBSSW and the social work association.

Brooks noted she graduated from Niagara Falls High School with 40 college credits in hand. That allowed her to obtain two bachelor’s degrees (sociology and interdisciplinary legal studies) by the age of 19.

She stated, “Having completed my undergraduate education at such an accelerated rate, it really forced me to focus on my philanthropic work with Alpha Sigma Tau. This, combined with my previous employment with the Niagara Falls City School District, helped me put my passion for societal change into action.”

The new Peach Queen stated, “I am currently beginning my masters of social work program at the University of Buffalo. Upon my graduation, I plan to obtain my LMSW (licensed masters of social work) and then complete my clinical hours needed to obtain my LCSW (licensed clinical social worker), which will allow me to work in a clinical setting. Upon obtaining this advanced certification, I am hopeful that I will move into an area of microsocial work, where I can continue using a personalized approach with clients in order to help them meet their needs.” 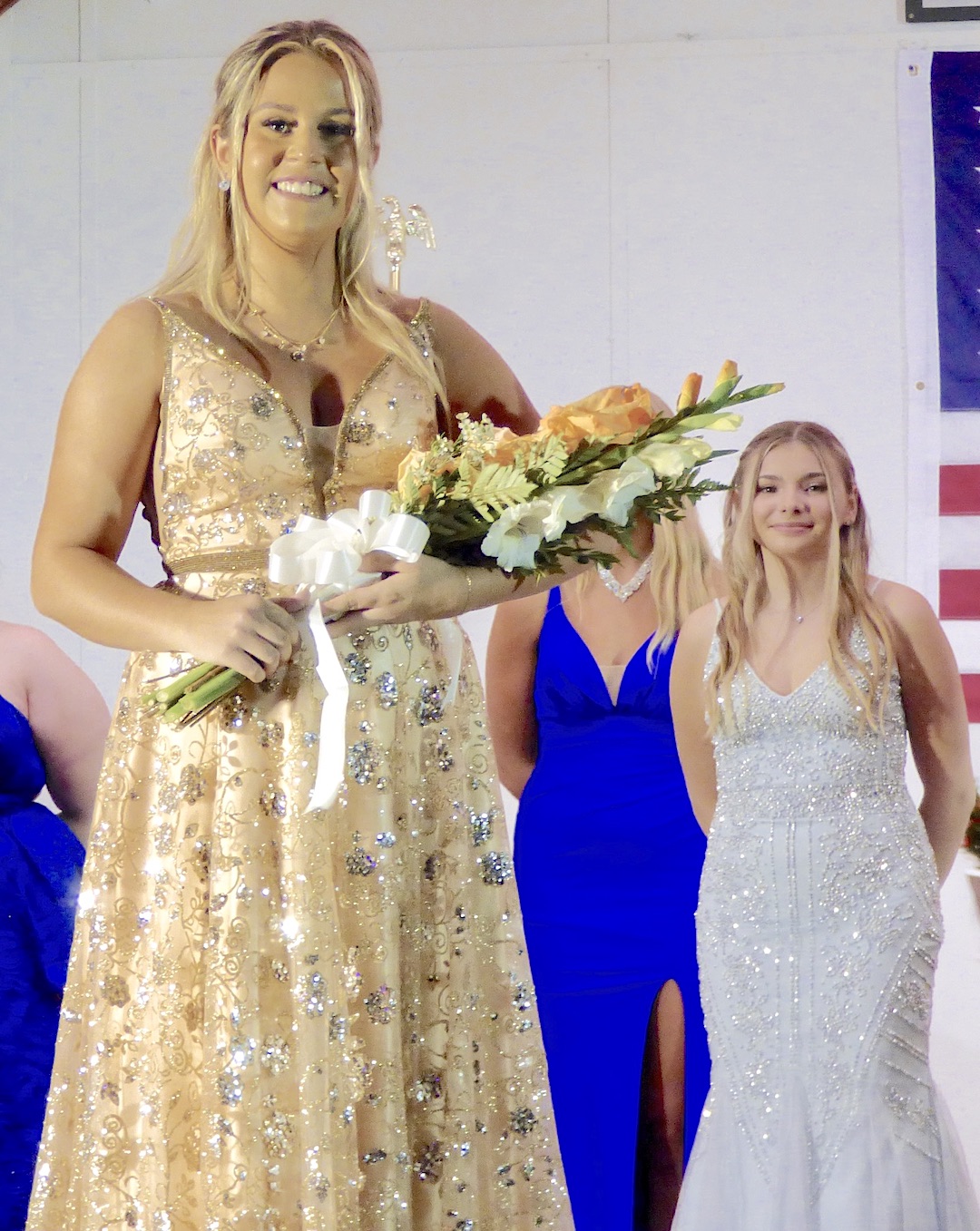 Brooks also was named Miss Congeniality. The award is named in honor of the late Tara Laurie, a former Peach Queen finalist and a noted singer and Niagara University theater member. The accolade was presented by Tara’s parents, Don and Janice Laurie.

Pauly noted Chelsea Pelsone was the last person to win both Miss Congeniality and the crown. Pelsone earned both titles in 2011.

Jaemara Sturdivant was the first runner-up. She is a 17-year-old student at Niagara Falls High School who is looking to study international business and trade in college.

The rest of the final five included Lenora Mercurio, 17, of Niagara Falls; Meghan DePadre, 17, of Wheatfield; and Anneliese Brayley, 17, of the Tuscarora Nation.

Each member of the Peach Queen court received a peach pendant necklace. 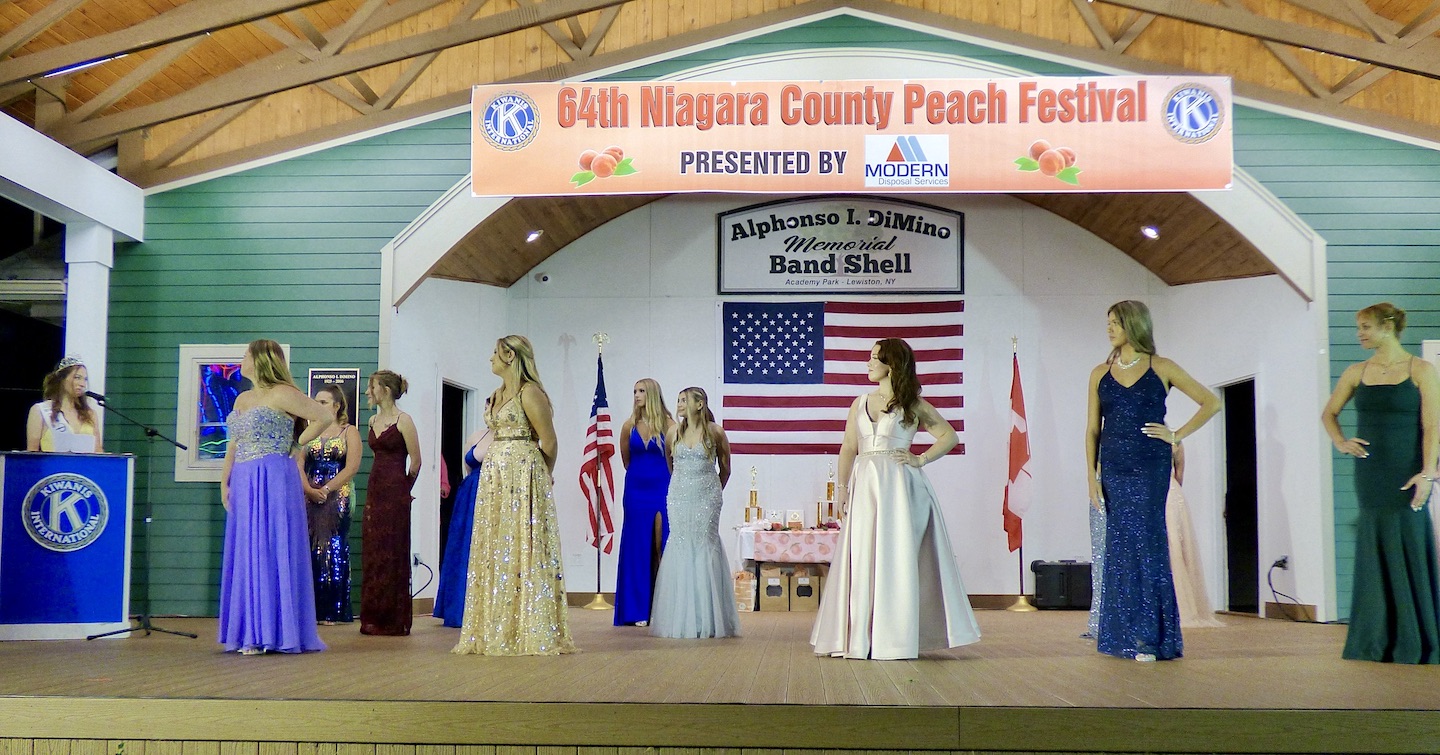 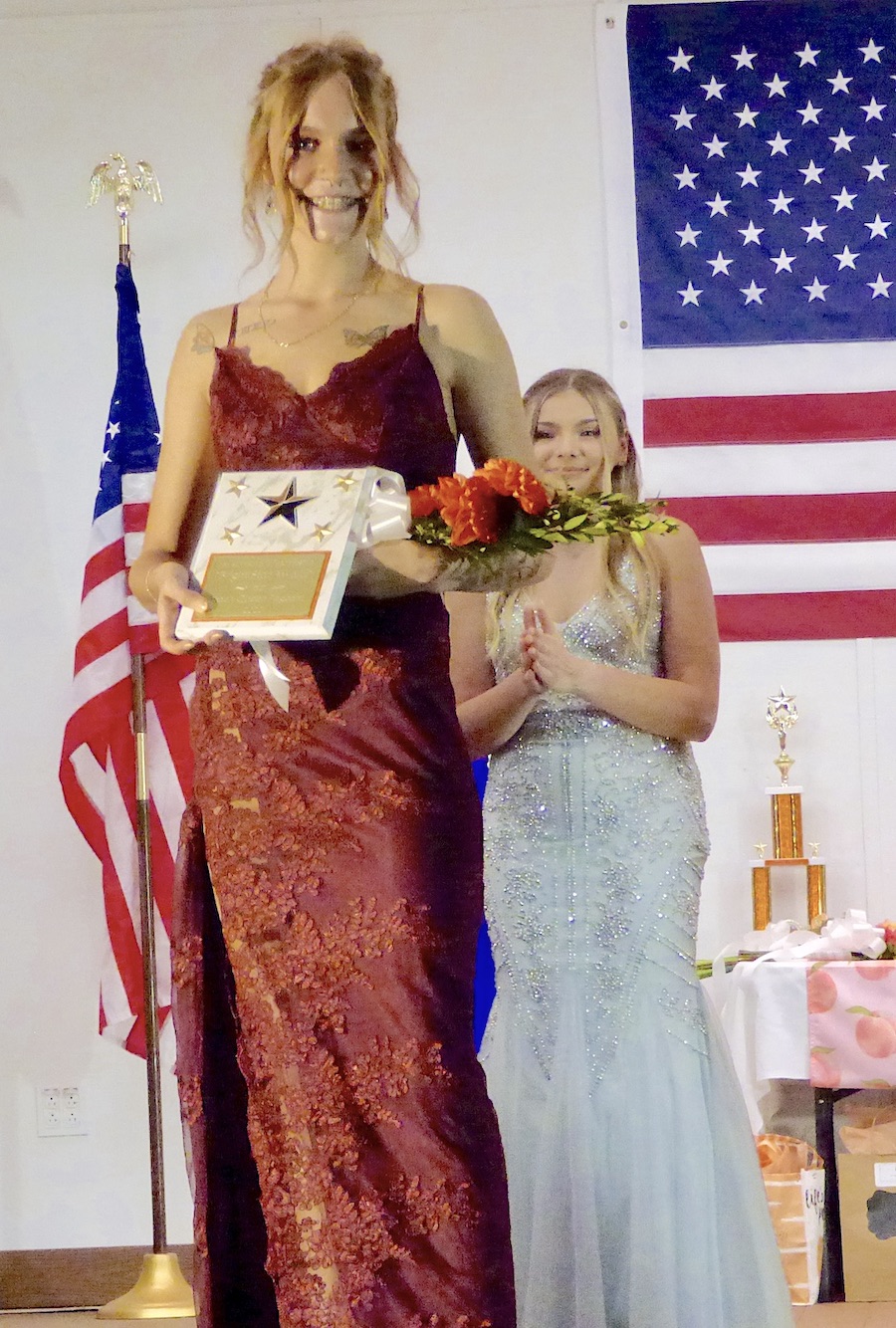 Cassady Skellen, 19, of Niagara Falls, was named the Bright Star. This awardee is someone who, despite finishing outside the top five, has shown a positive attitude and growth throughout the scholarship pageant. 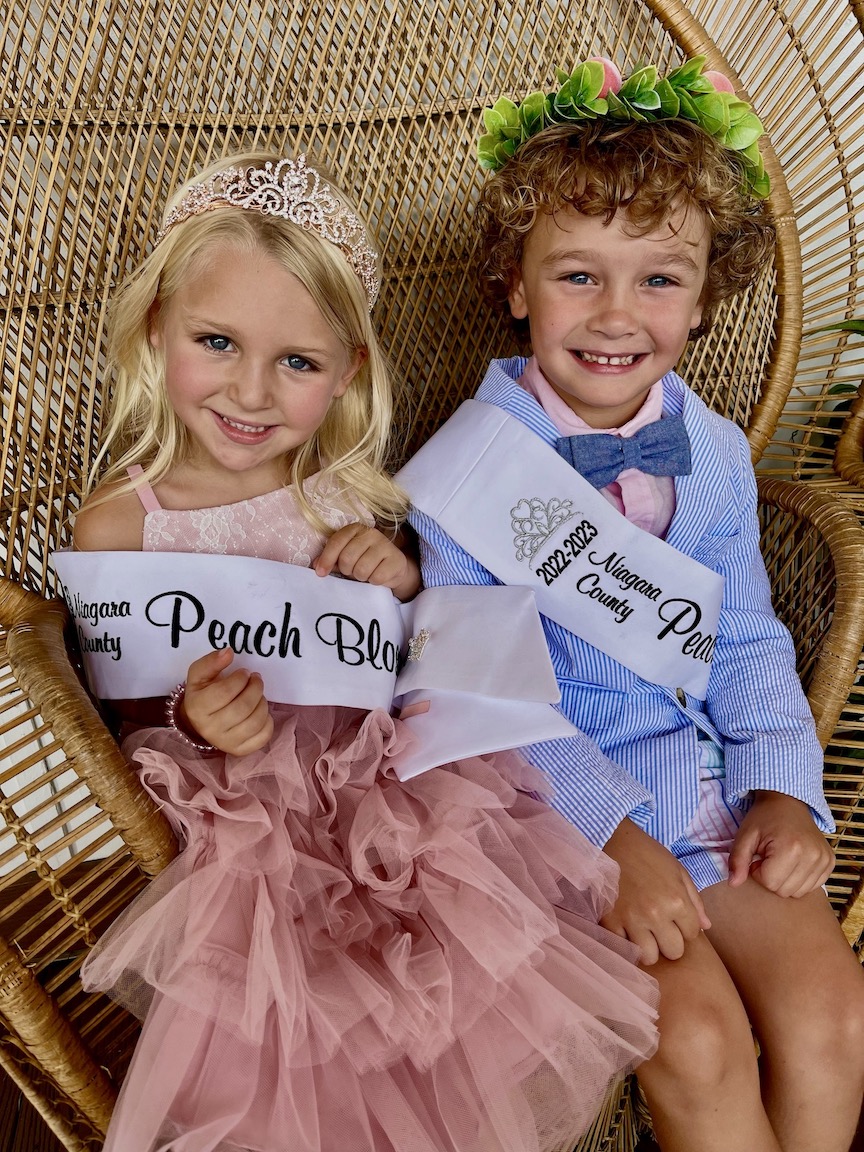 Prior to announcing the results, Demler was joined by the new Peach Fuzz – 5-year-old Preston Hibbard, son of Michael and Tesha Hibbard, and a kindergarten student at St. Peter R.C. School – and Peach Blossom Gwenna Petrocelli – the 5-year-old daughter of Jessica and Tony Petrocelli, and a kindergartner at Colonial Village Elementary. 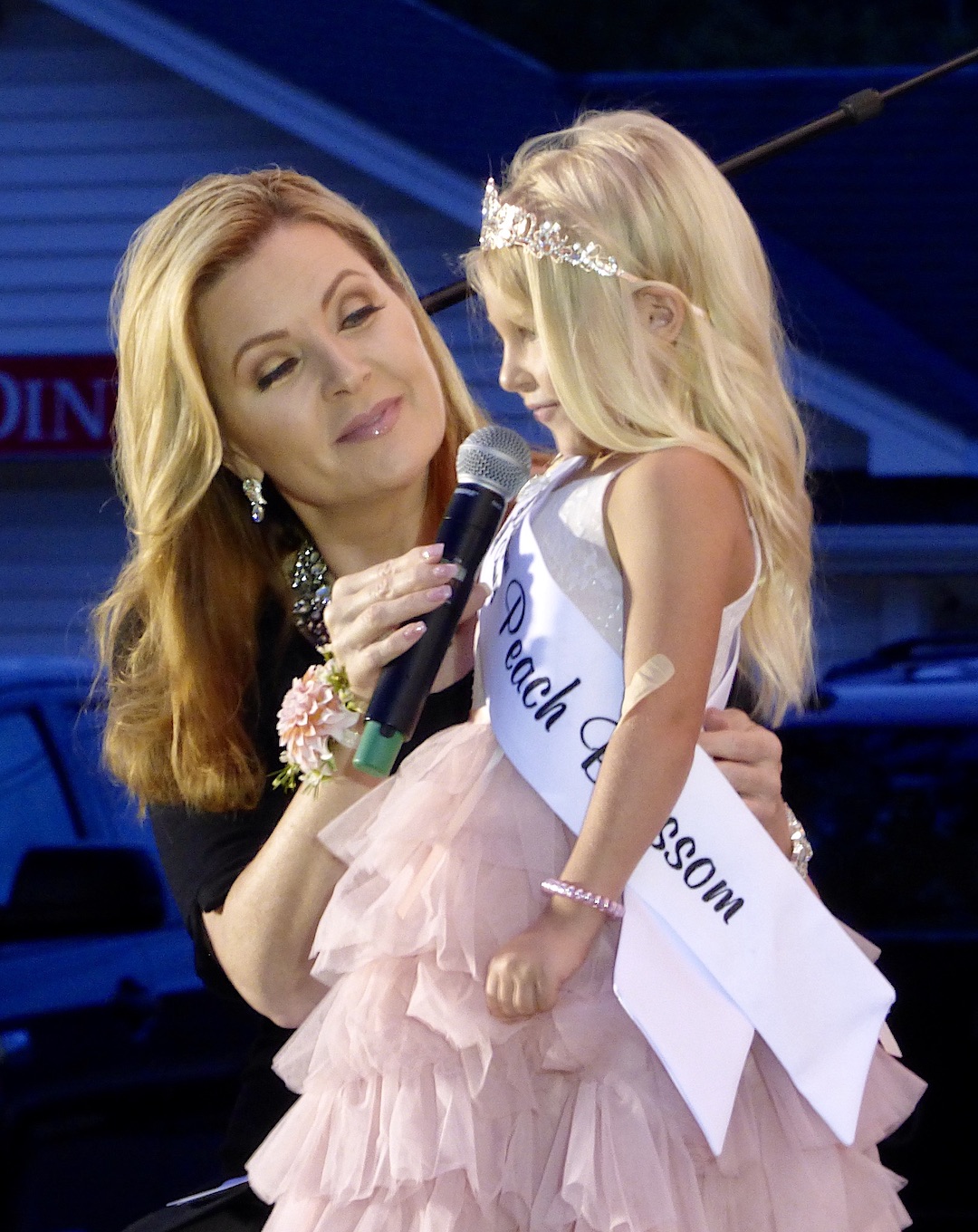 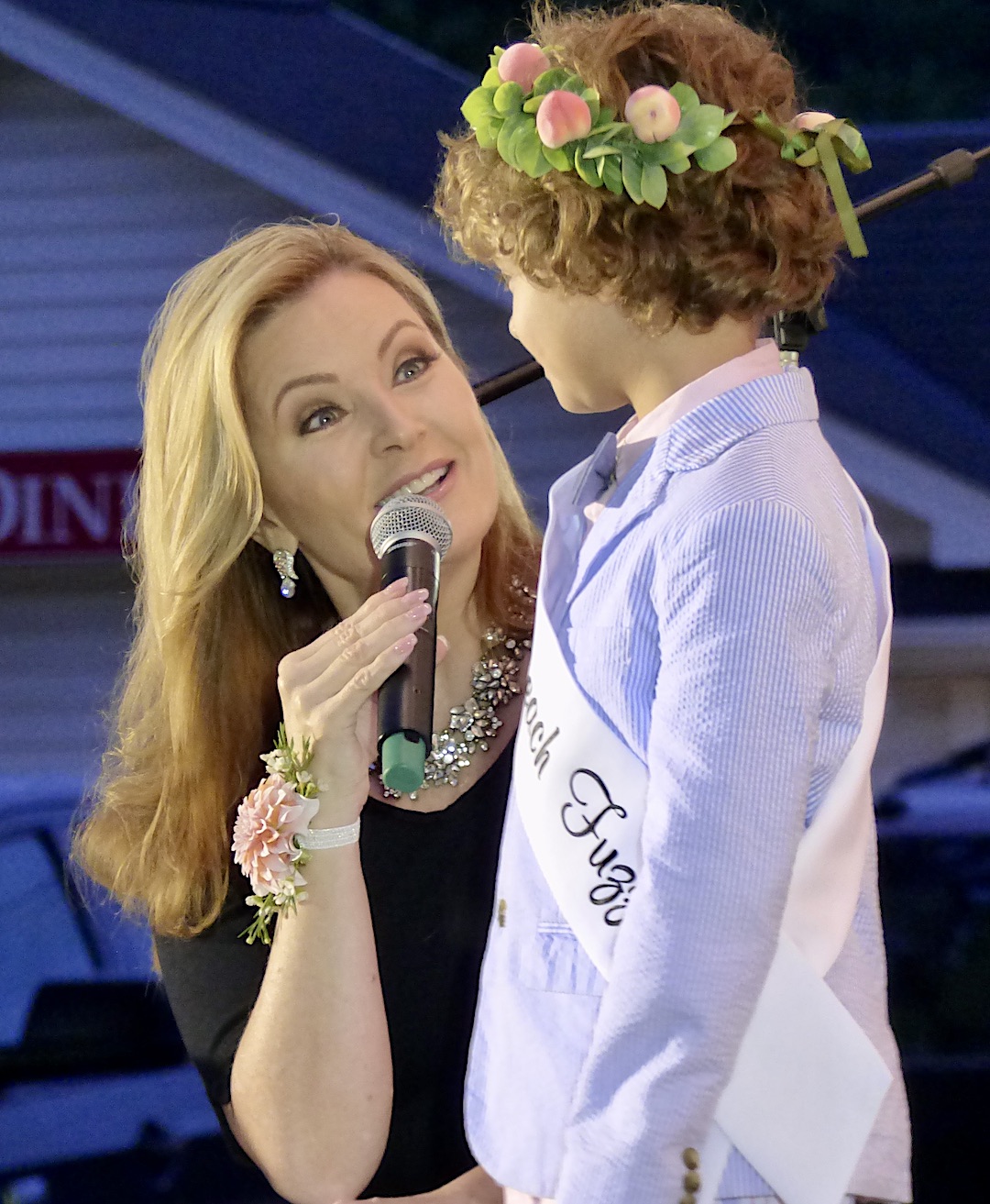 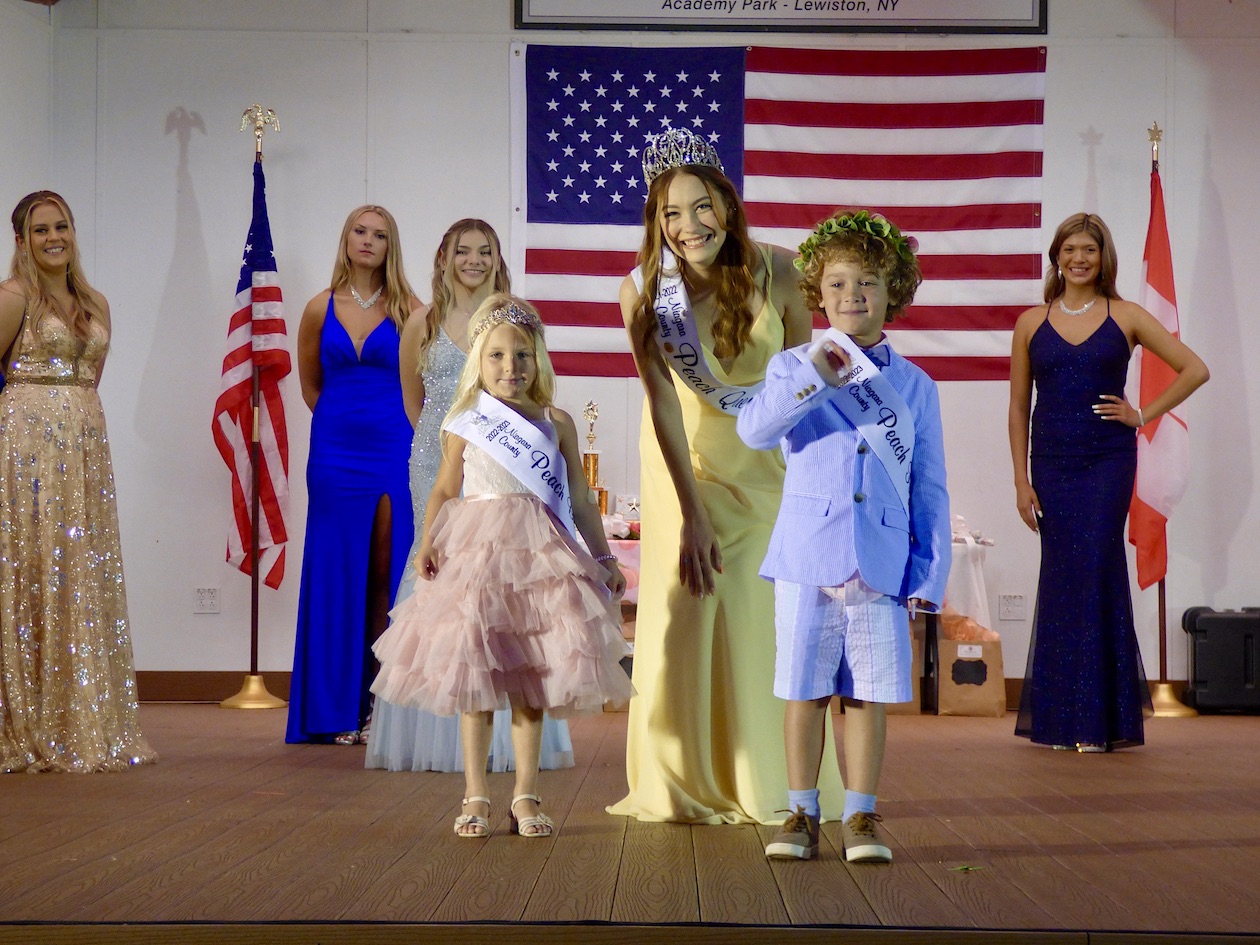 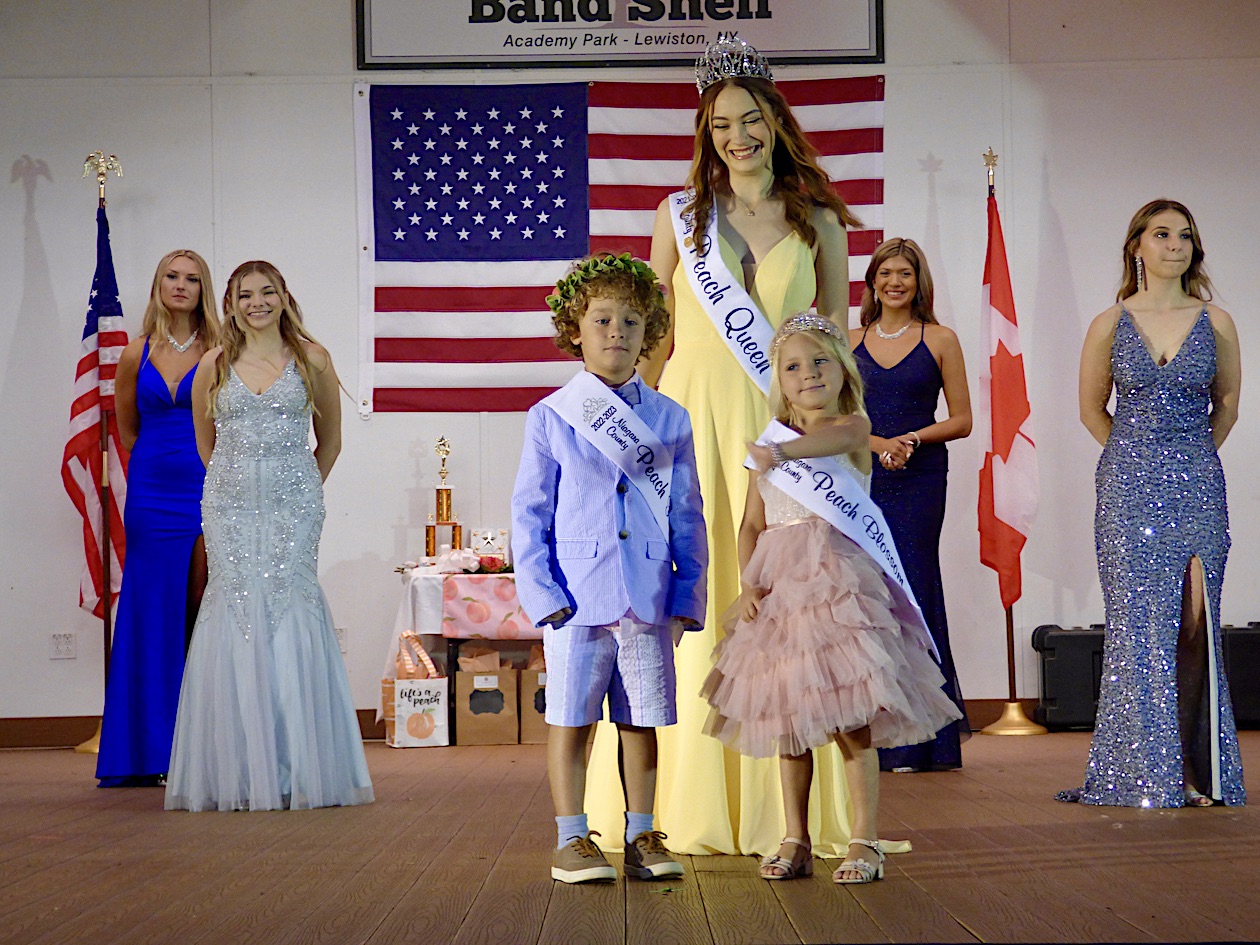 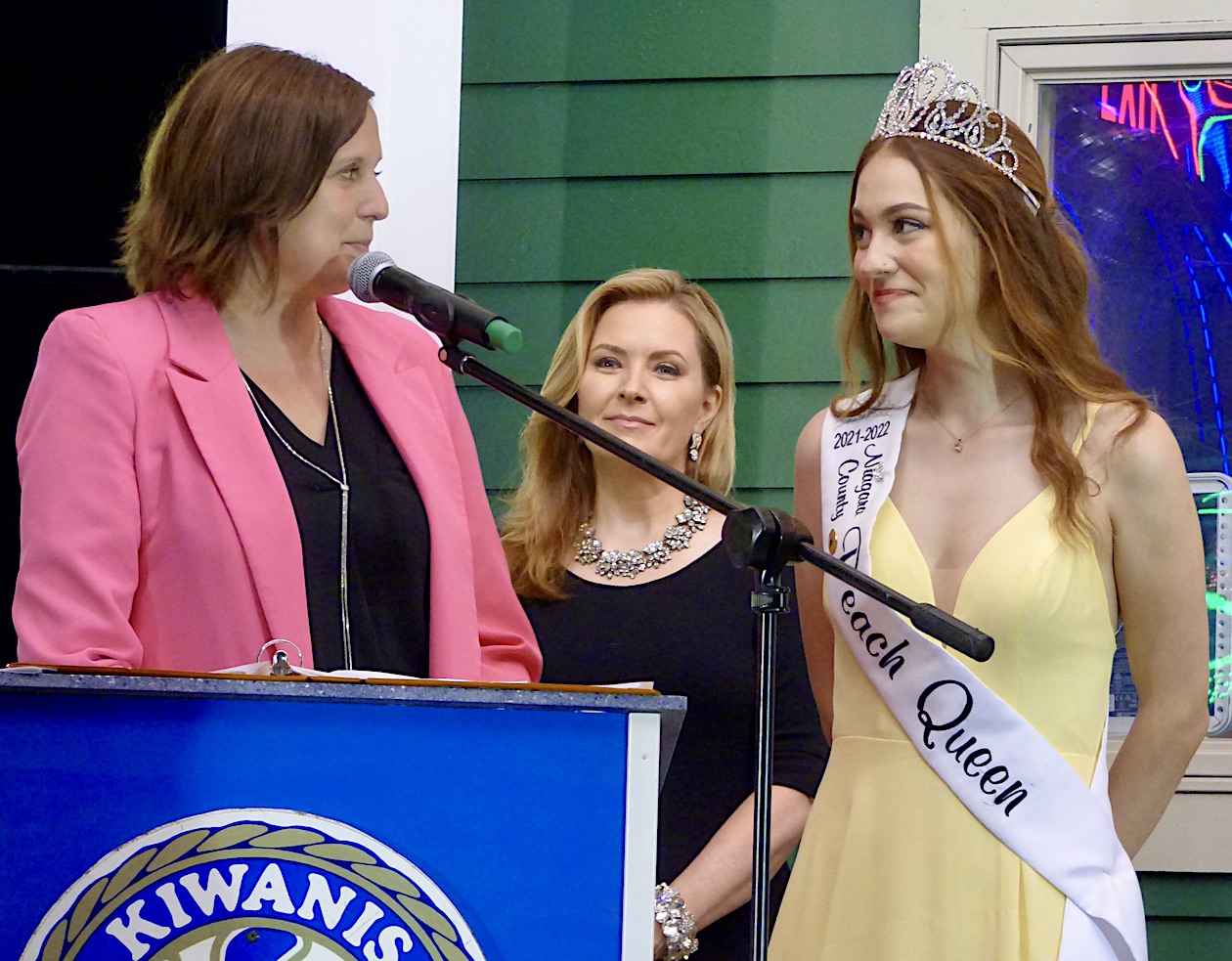 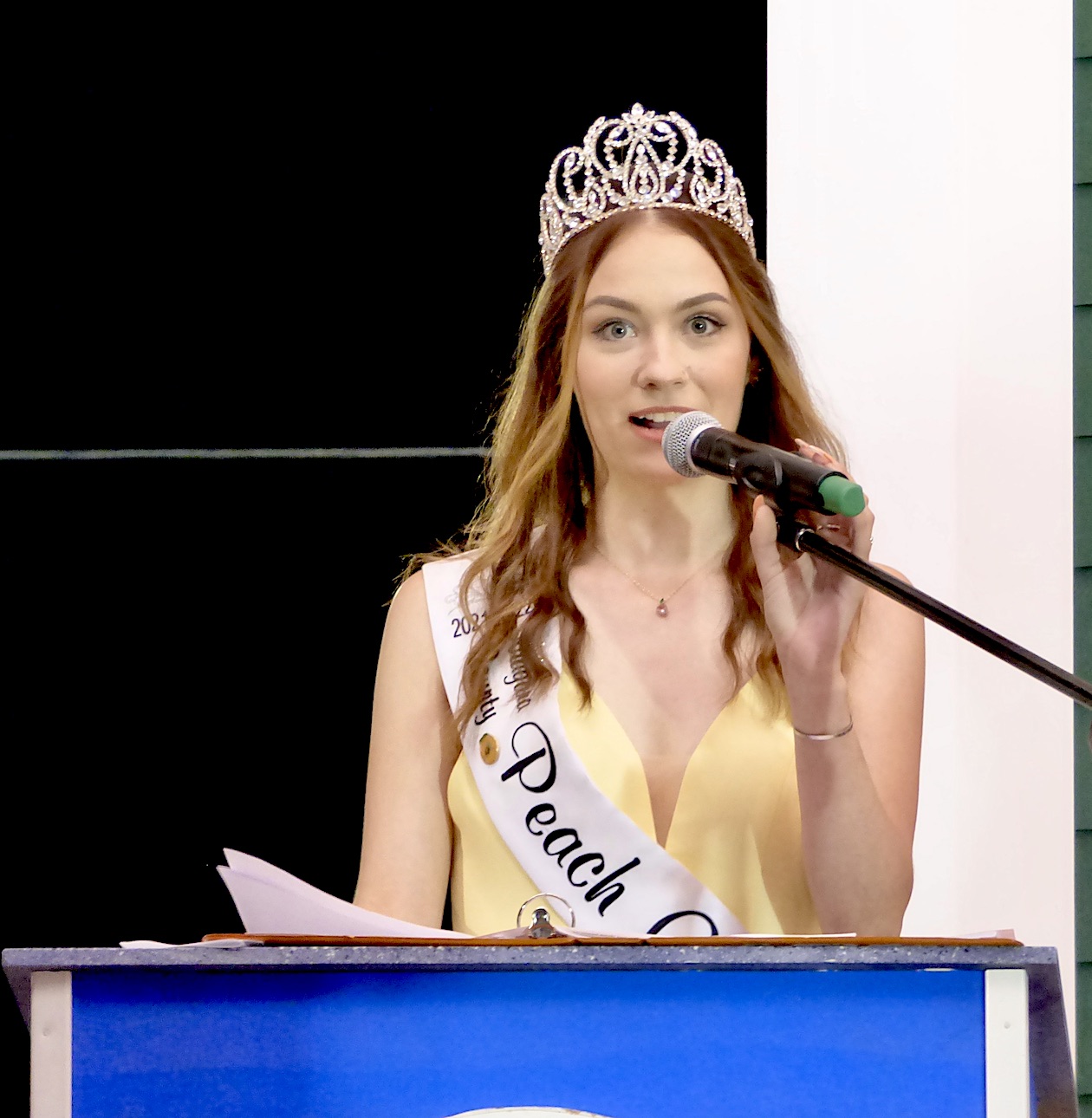 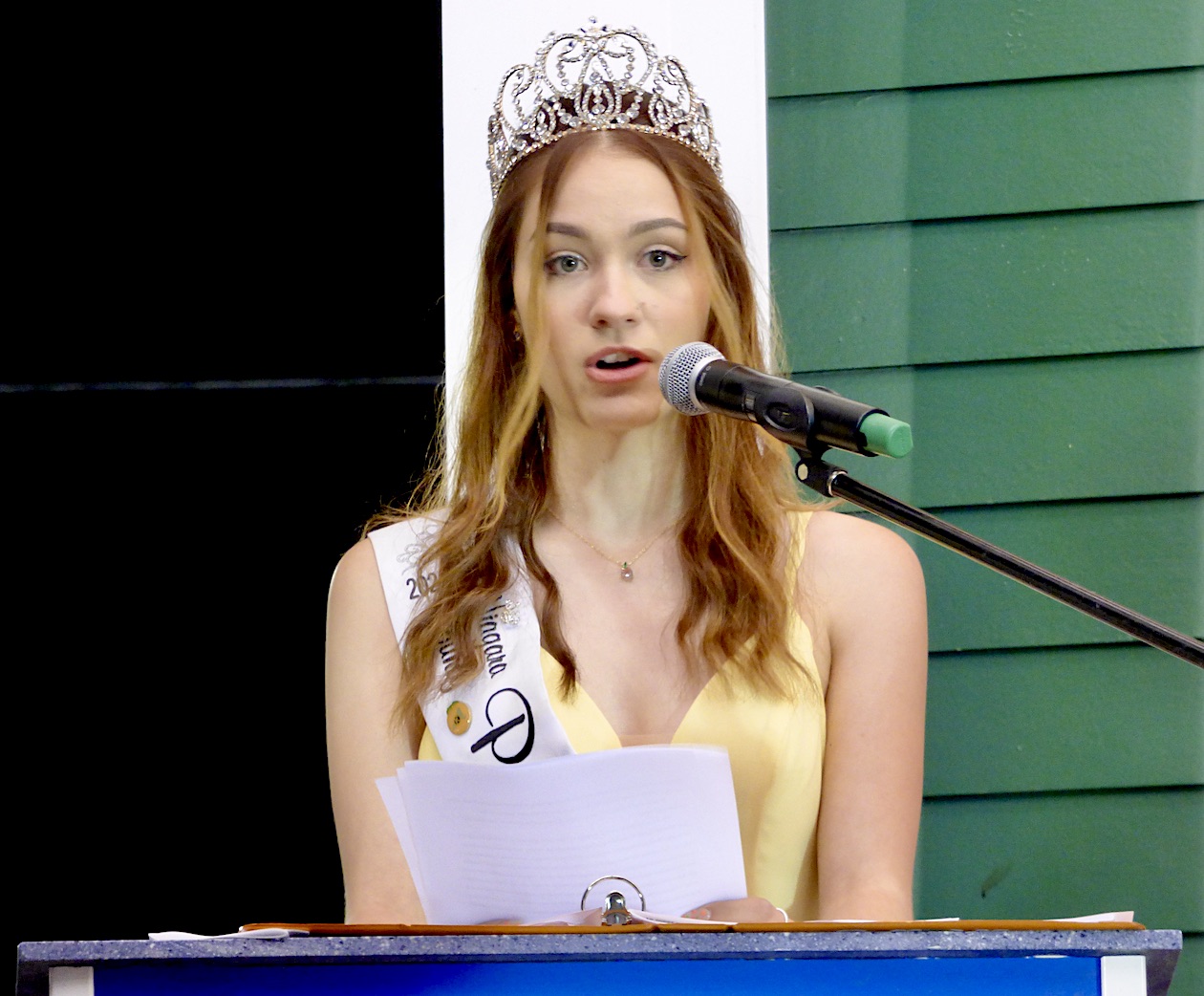 Outgoing Peach Queen Shanya Davis reflected on her past year of service, before crowning her replacement.

Pauly said, “Last year, we were fortunate to have a Peach Festival and Peach Queen program, despite still some of the COVID restrictions in place. Shanya was crowned in 2021 and was able to represent the Niagara County Peach Festival and Lewiston Kiwanis at an almost full schedule of events. As more and more of our normal schedule returned, Shanya jumped right in. On a moment's notice, she was willing to speak in front of crowds, volunteer her time and serve the community.

“2021 was her second year competing. Sometimes it takes a little growing before the time is right to become a Peach Queen! Next week, Shanya will become a Kiwanian, and I am so proud of her commitment to continue to serve.”

WEBR radio host Tom Darro was the Kiwanis Media Award winner. He will be inducted into the Buffalo Broadcasters Association Hall of Fame on Sept. 22. 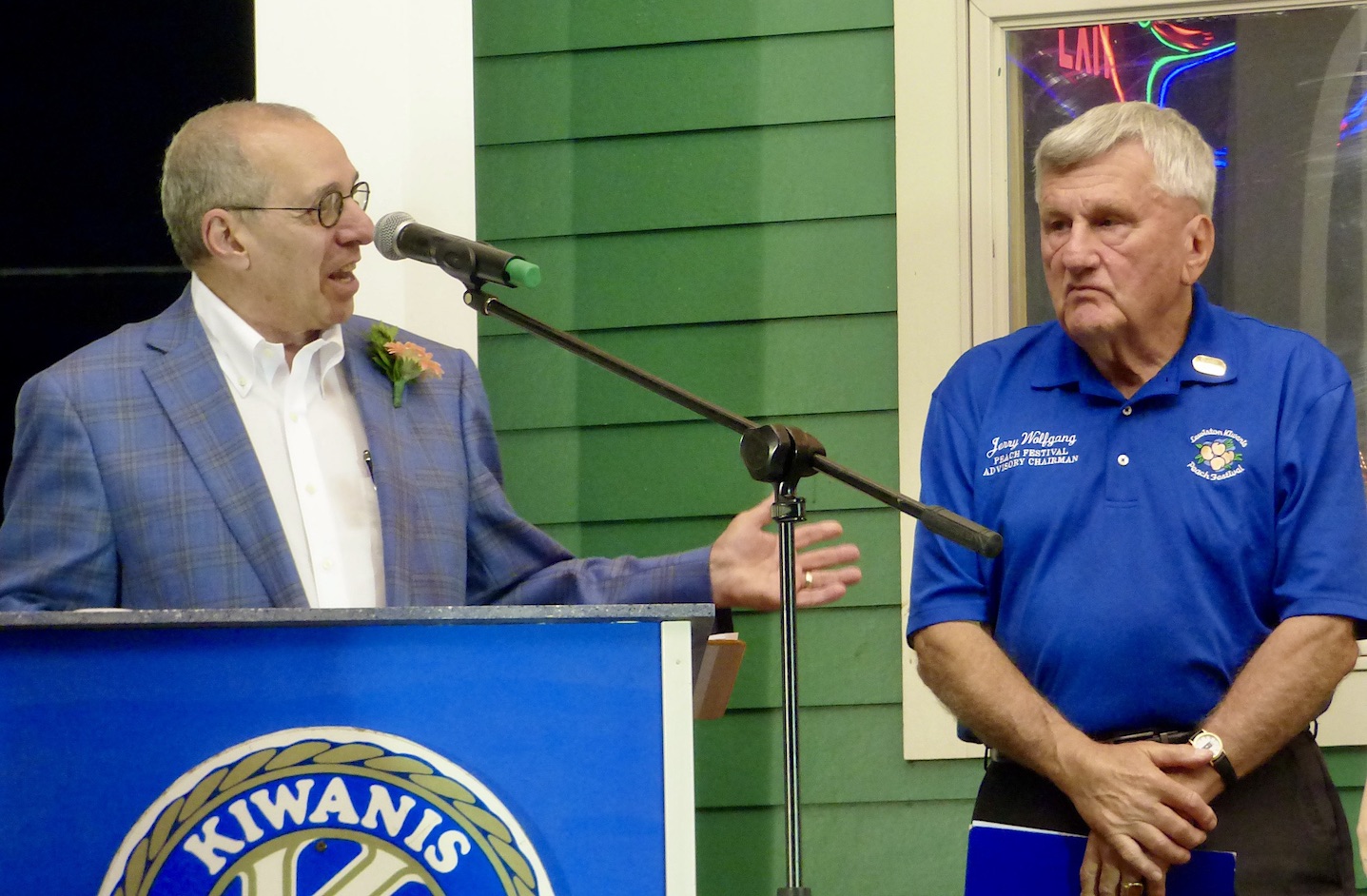 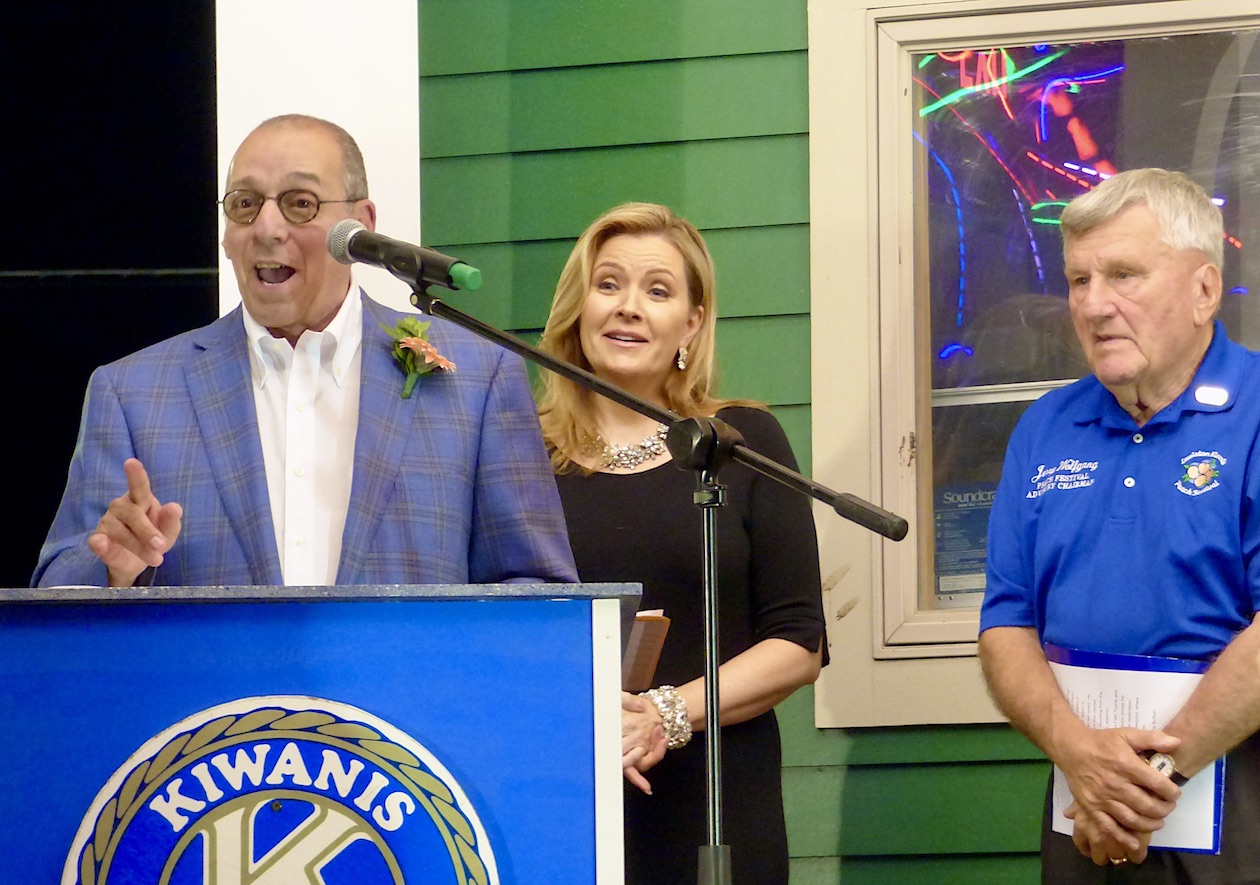 Organized by the Lewiston Kiwanis Club, the Peach Festival functions as the service organization’s main fundraiser for myriad local organizations and groups. Since its inception, the event has raised more than $1.5 million. 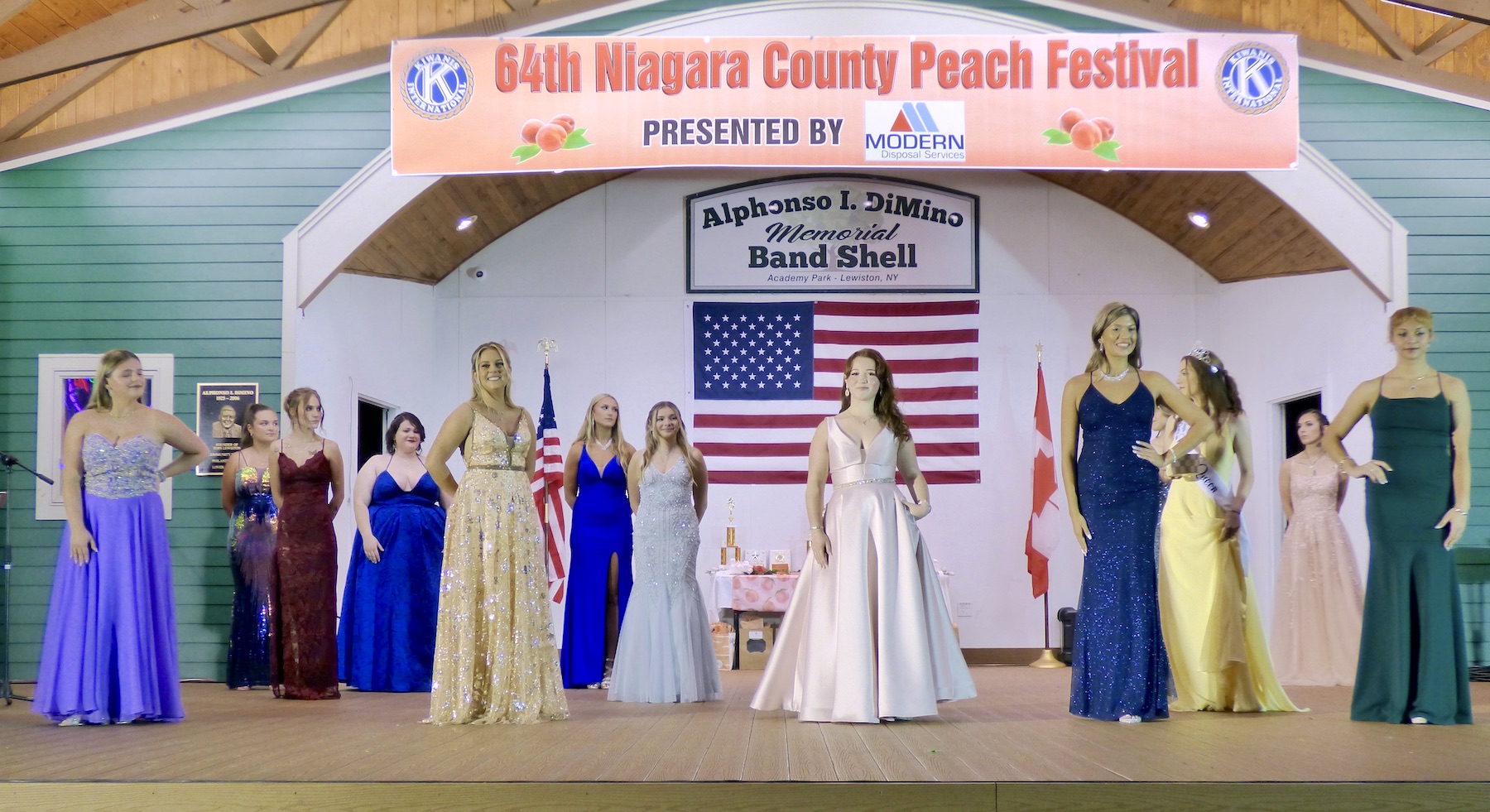 MORE FROM THE PEACH FESTIVAL: 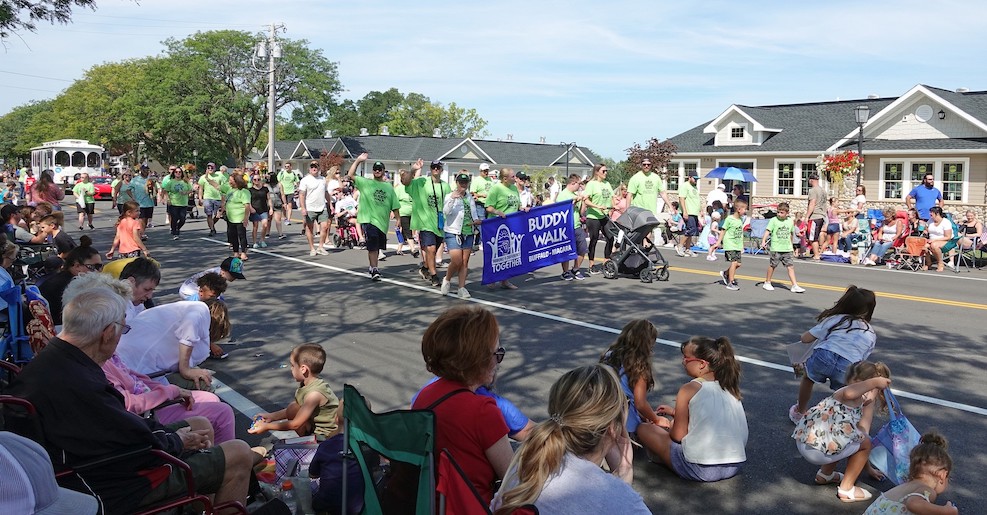 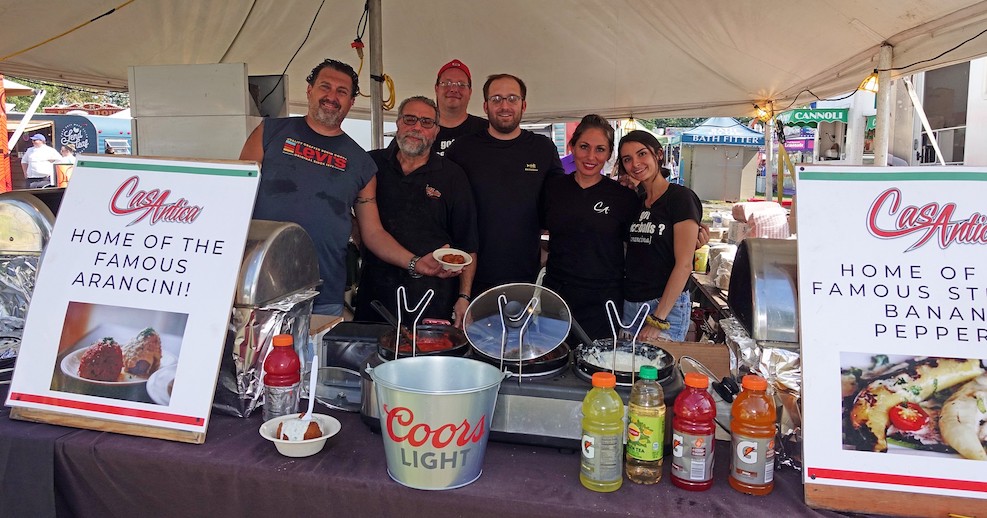 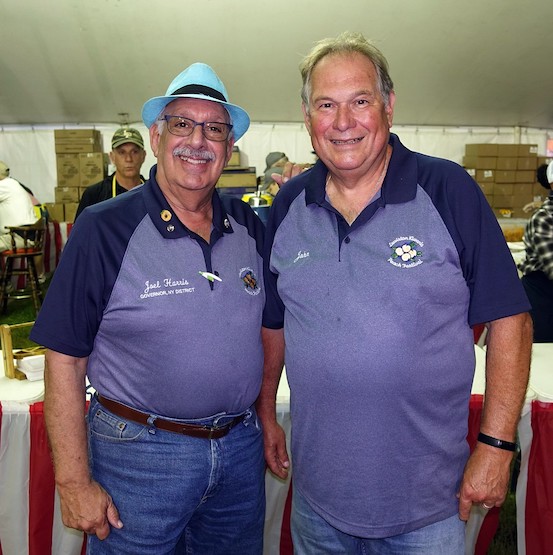 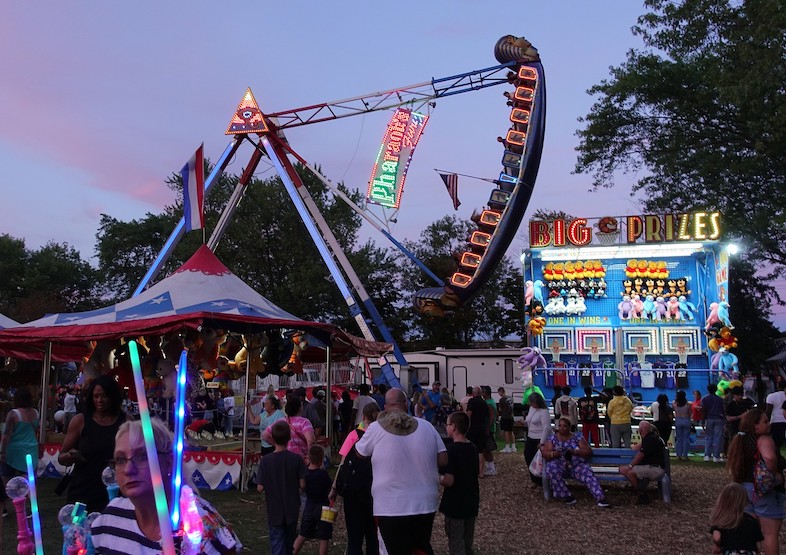 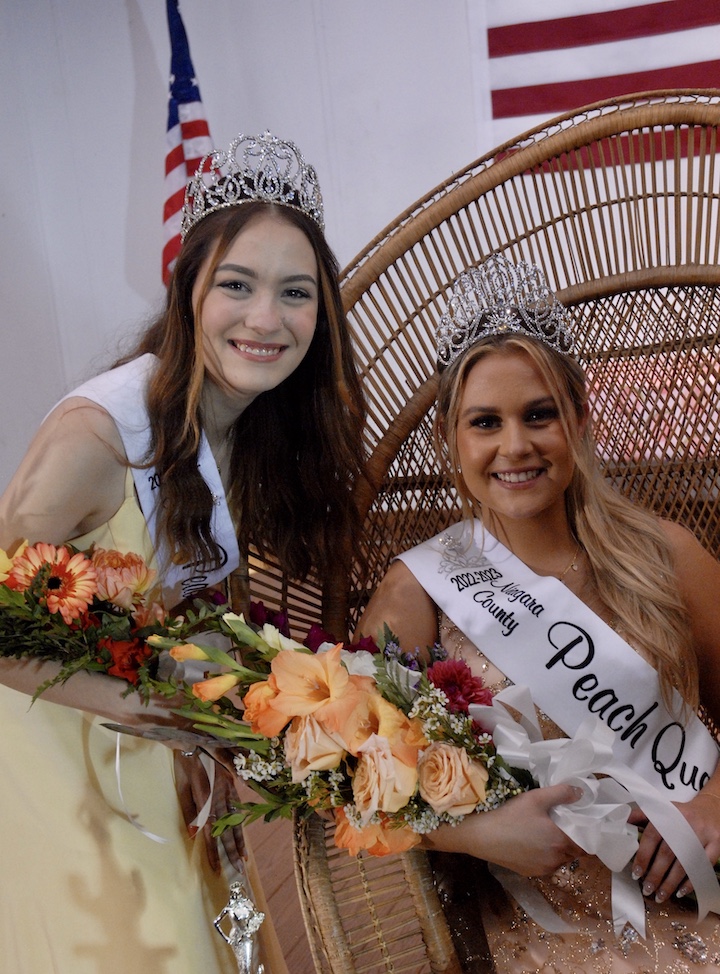 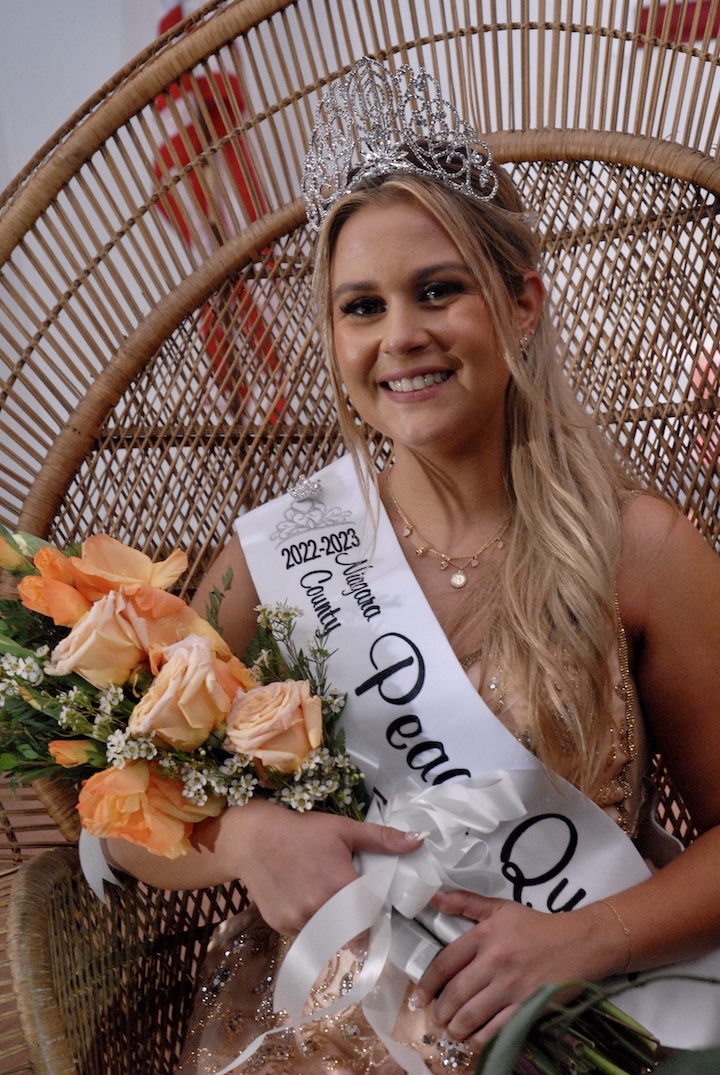 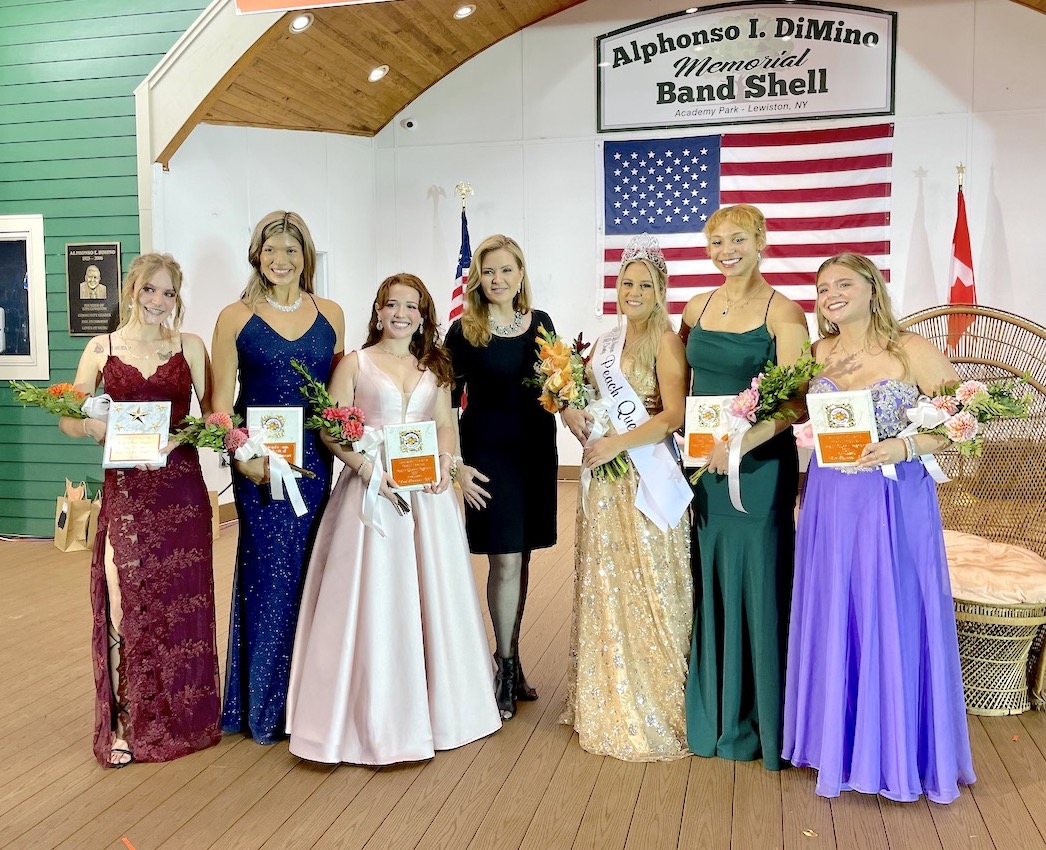 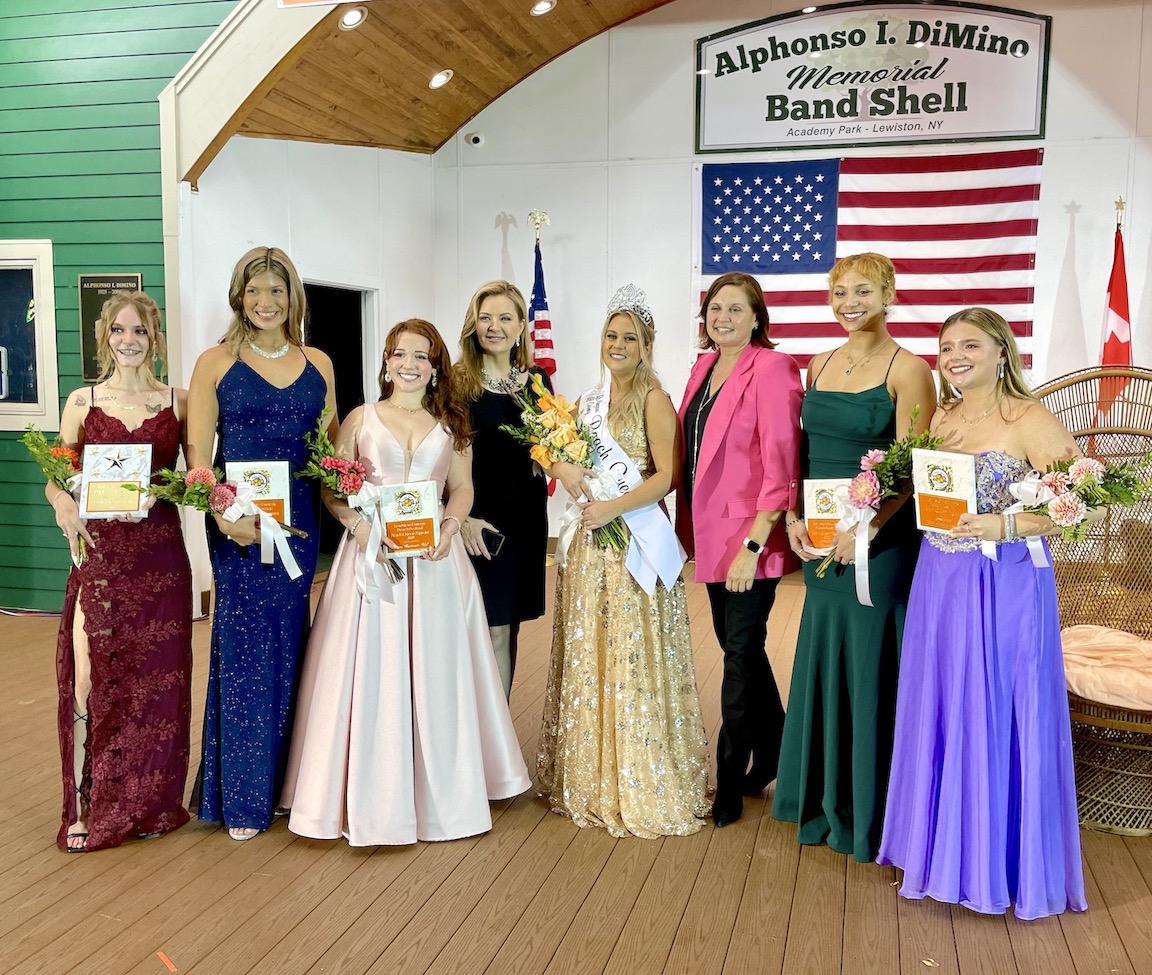