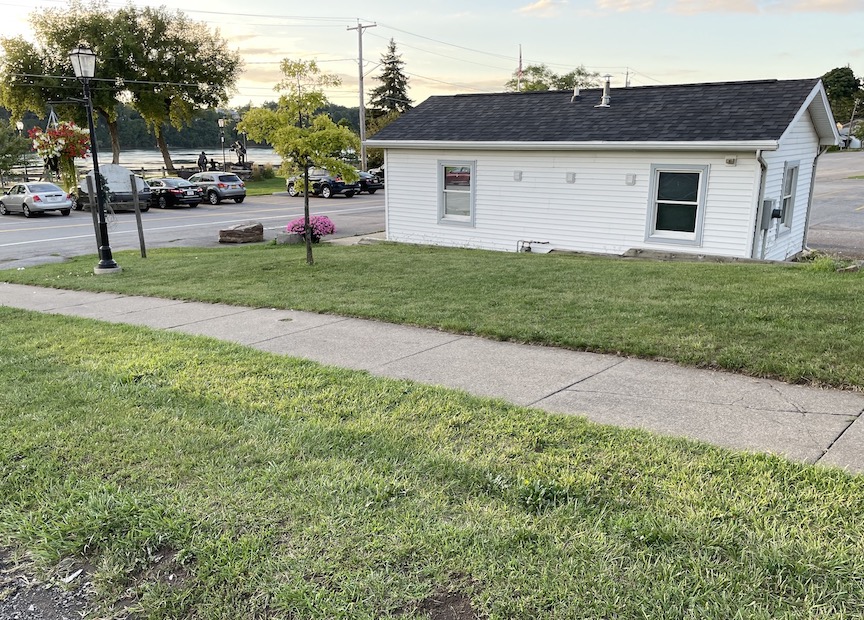 Trustees approved a trial run for a farm stand to be located in this grassy area just above the corner of Center and North Water Streets.

The Village of Lewiston Board on Tuesday agreed to give Coulter Farms a trial run at selling produce from a portable, 10-foot-by-20-foot unit on Center Street, just above Water Street (on the grass across from the fish-cleaning station).

Operators can sell fruit from their farm stand from 8 a.m. until dusk daily through the end of 2022. They will pay the municipality $25 for each day they’re on site and, if successful – both in terms of clients and appeasing trustees with their approach – will have right of first refusal to return in the spring or summer of 2023.

Municipal counsel Joseph Leone said he would craft a contract to complement the facility contract granted to Coulter Farms. He cautioned trustees it might be difficult to grant one vendor exclusive rights.

Board members suggested there’s not a lot of available rental space on Water Street, particularly as the village’s contract with its tenant at 115 N. Water – The Silo Restaurant – prohibits other food vendors from selling items in the park next to the eatery, or across the street. Most of the south side of the street is comprised of private property. 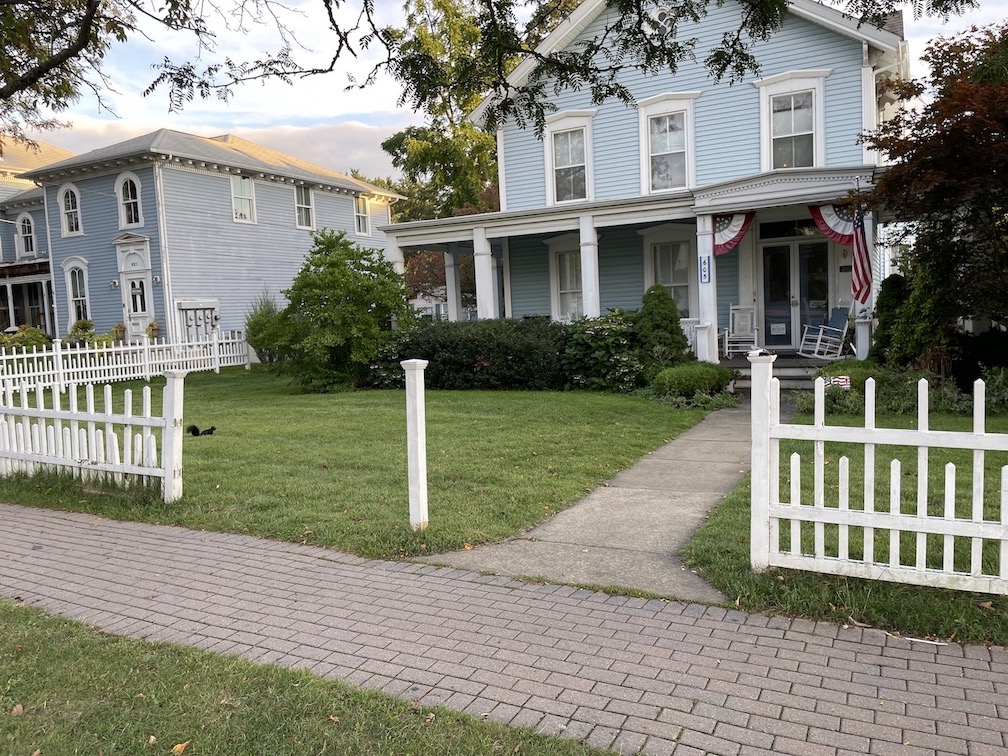 The Village Board voted in favor of replacing fencing in front of 605 Center St.

Mayor Anne Welch asked the board to consider using some of the proceeds from the recent sale of the “Big Yellow House” on Ridge Street to replace a section of fencing in front of 605 Center St. This is the home of Jackie Sutherland. Her late husband, Bruce, was a trustee and former deputy mayor.

“There’s a great, big section of fence in front of Sutherlands’ that has been rotted,” Welch said.

Department of Public Works Superintendent Larry Wills said, “A while back, we started replacing that fence, and we did the first section. And then we started with summer projects and all that, and just got rolling; and things got crazy.”

Welch said, “That was our streetscape fence. We put it up (roughly 22 years ago). We were responsible for it. It’s been all broken.”

Fence replacement cost is expected to be less than $9,000, with vinyl posts set to replace the broken-down or missing wood. Treasurer Stephanie Longwell said a little more than $177,000 in property sale proceeds remains in the account line.

Trustees voted to approve this action.

Welch said members of the village’s Beautification Commission and the Lewiston Garden Club have looked into replacing all of the white fencing along Center Street. The projected total cost is almost $100,000. Subsequent repair work is expected to be piecemeal, as donations, grants and other funds become available.

Wills said the DPW is at a point where it can no longer fix the fencing at Academy Park because “there’s nothing to even screw to.”