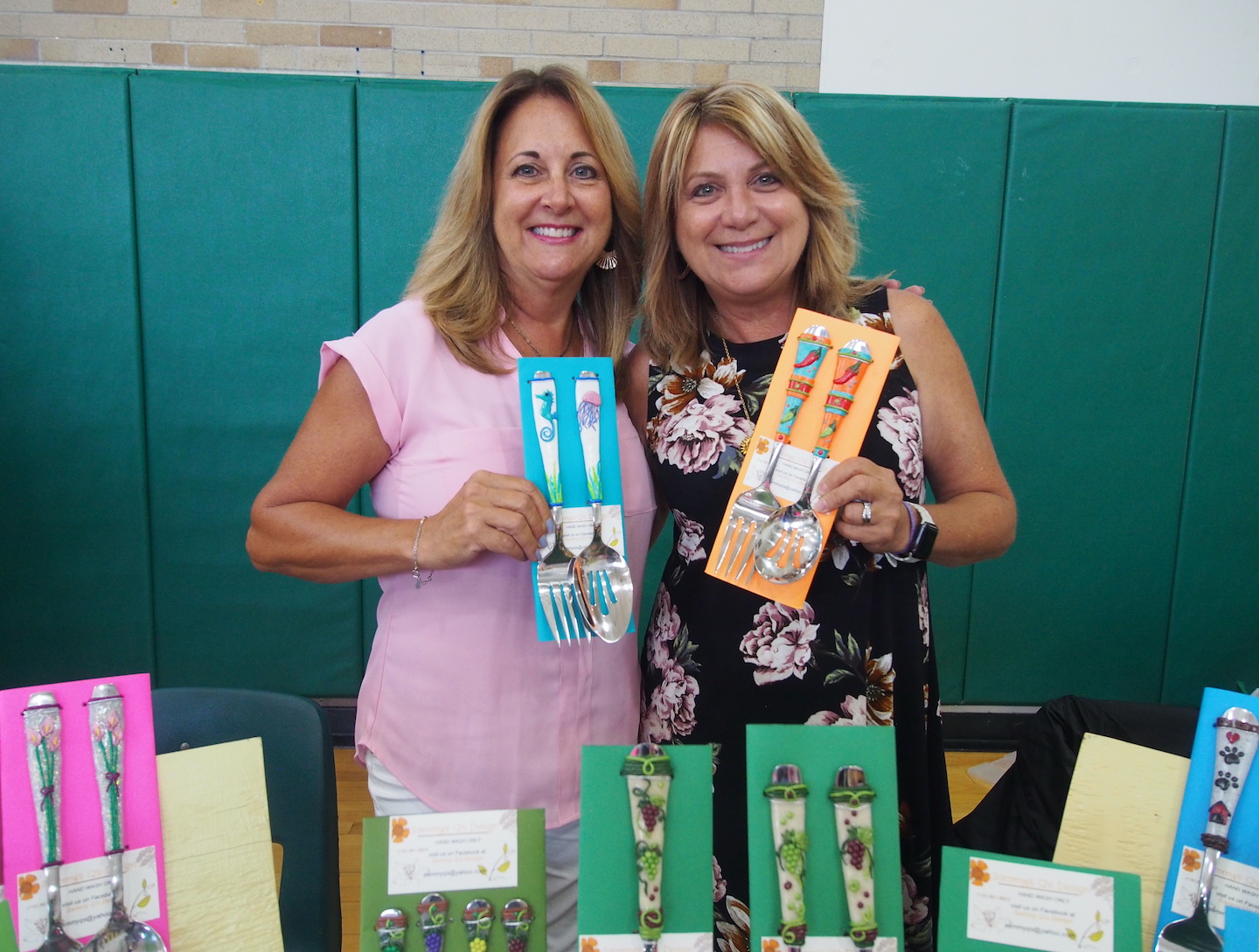 Sandy Merletti and Tammy Irving are neighbors who became crafting partners, eventually leading them to running a business together.

Al Prame likes vehicles. A retired truck driver, Prame has enjoyed building cars for many years. On Aug. 18, Prame brought a 1931 Ford Model A that he had built in the past few years to the car show that was part of “Rockin’ the Grounds” at St. Stephen R.C. Church and school, 2100 Baseline Road.

He said the car features tulip wood, a jump seat, vinyl upholstery, and the logo, “Big Al’s speakeasy.” He added the Ford engine he used in constructing the car is “scarce and hard to come by.”

He said he intends to sell the car and build another one. His hopes are to build a Model T. He said that, when he sells the cars, he is more interested in “giving them a good home than in the money.” 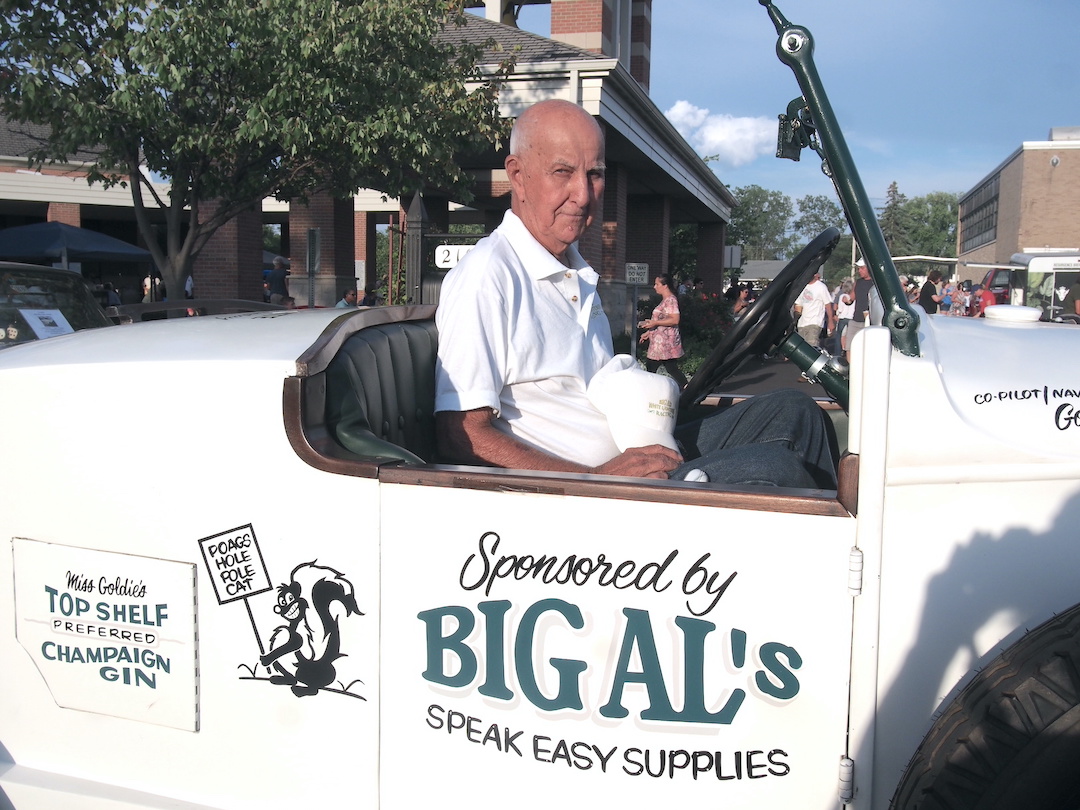 In the school, artists were also selling things they had created. Best friends and neighbors Sandy Merletti and Tammy Irving use polymer clay to create designs for utensils.

“We started making these as gifts,” Merletti explained. She said that, when she and Irving began decorating the utensils to give to friends and family as gifts, “people loved them and suggested that we sell them.” Because creating something by hand takes time – Merletti said it takes two-and-a-half hours to make each set – the pair prefers to sell their products at smaller craft shows. “We don’t do bigger craft shows. We don’t have the inventory for them.”

Merletti and Irving said they have given each other challenges to create such designs as seahorses and jellyfish. They create designs for holidays, such as Easter, Independence Day and Christmas. They also decorate the utensils with other designs, such as the Buffalo Bills and ladybugs. They accept special requests from customers, and have decorated utensils with pictures of cartoon characters.

“We try to cover every category we can think of, including breast cancer awareness, pets and apple decorations on pie servers,” Merletti said.

“We like our friendship. We enjoy our time together and love doing our craft,” Merletti said.

“Each is one of a kind, except for the Bills theme. I did several of these Bills pillowcases,” Wolf said.

Wolf, who is from Tonawanda and a member of St. Christopher Church, said she saw an announcement of “Rockin’ the Grounds” in her church’s bulletin.

“When someone passes away, people want to have some way to remember that person,” Decker said. “They bring pieces of their family member’s clothes to me, and I make a bear. It brings closure to them, knowing that their family member is in a good place. I started doing it as a hobby for friends, and now, everyone is asking for them. I guarantee my stitching to hold for normal wear and tear. I will fix things for free within a year.”

Food was being sold in the church. Two women selling baked goods were Maureen Janik and Helen Thomas, who both belong to the church’s altar society.

Thomas, who is 102 years old, has been baking for many years, bringing her creations not only to St. Stephen Church, but also to other places, such as the Grand Island Historical Society. “I like to bake cookies, and I bake them to give them away,” she said. “I do as much as I can. I am happy being with family and friends.”

Outside, people who were eating at tables could enjoy listening to live music from the Twang Gang, who regularly perform at the Sportsmen’s Tavern in Buffalo.

She said new features for the event this year included a petting zoo, Resurgence Brewing, and Build a Bear.” Foods sold included pizza from Say Cheese.

“We had a beautiful day. What more could you ask for?” Sweet said.