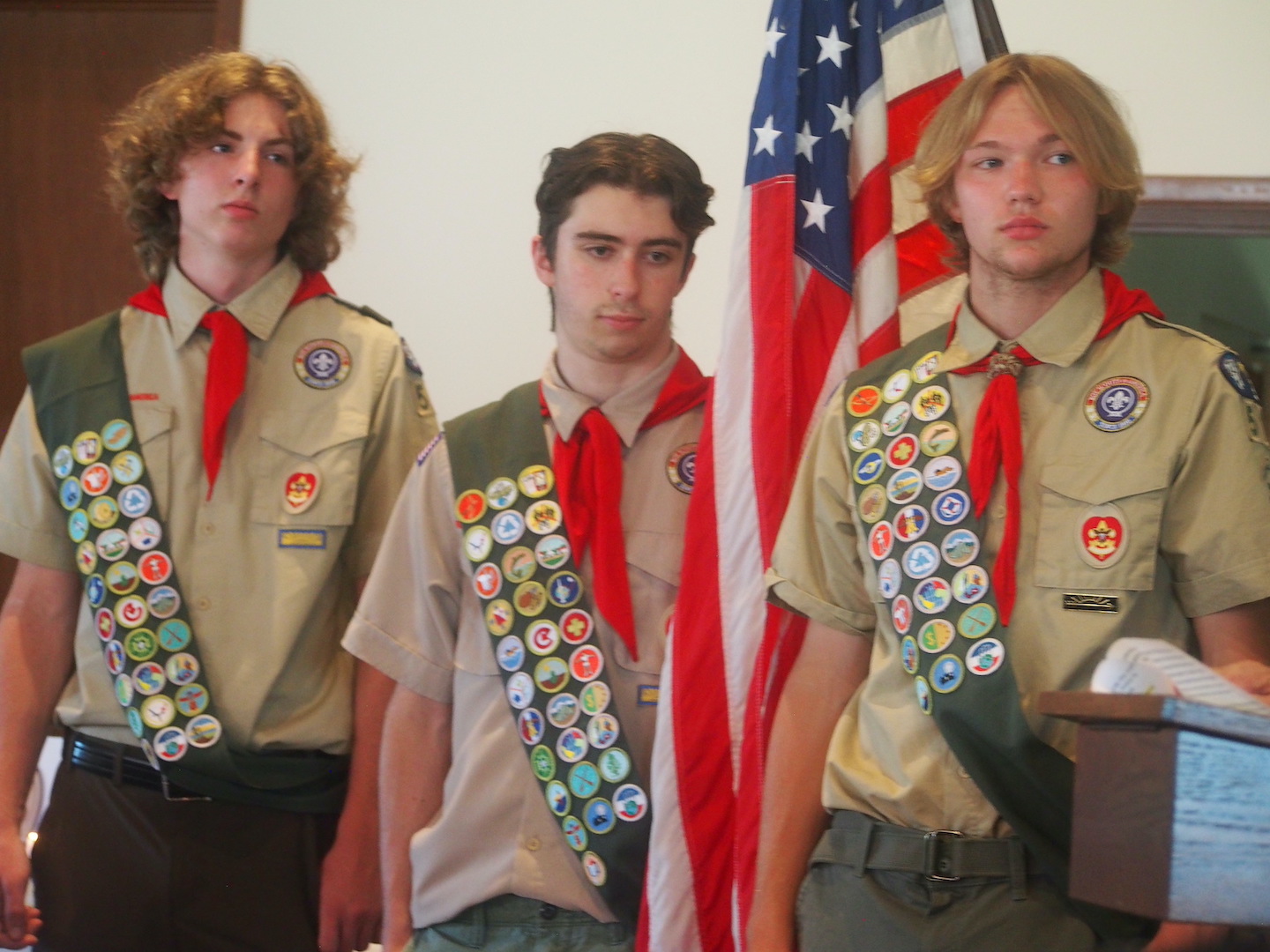 Owen Brockvescio, Jacob Clark and Brandon Farquharson, all members of Boy Scout Troop 510, were awarded the rank of Eagle Scout.

Alongside the circle in front of St. Martin-in-the-Fields Episcopal Church, 2587 Baseline Road, there is a wooden structure with a glass door. The structure is a little free pantry, also known as a blessing box, one of two on the Island.

The little free pantry was built by Owen Brockvescio as an Eagle Scout project.

On Aug. 28, Owen was part of an Eagle Scout Court of Honor ceremony, which was held at Trinity United Methodist Church for Jacob Clark, Brandon Farquharson and him. All three are members of Boy Scout Troop 510.

According to the Rev. Nicholas Evancho, “Owen Brockvescio came to me, asking to do an Eagle project for St. Martin’s, because his troop had met here for a long time. They wanted to help out the place. There had been talk here of doing a food pantry for a long time, and I had seen other churches do that type of blessing box like we have.”

Evancho said the principle of a blessing box is similar to that of a little free library: “Basically, take a food, leave a food as you can. I posed that idea to Owen. He loved it. He managed to raise the money, build it, get all the supplies, and fill it up with food to start it off.

“I’ve already seen people using it across the Island, so it’s been already a blessing to the community. I can’t wait for more people to know about it, especially since it’s been a hard time with the prices of everything going up. Hopefully, it can be a blessing to many people on the Island here.”

Foods that are good to place in the box are “anything nonperishable that will work well outside,” Evancho said. He also suggested donating foods that “don’t require a ton of extra ingredients in order to make. People may not have buttermilk sitting around their house. Things like oatmeal, easy-make mac and cheese, pasta, cans of tuna, cans of fruit or whatever is greatly appreciated.”

At his Eagle Scout Court of Honor, Owen said the most memorable part of becoming an Eagle Scout was “working with other people. We had so many in our group who were willing to help us progress, take us to camp, and provide leadership for us.”

Brandon, whose Eagle Scout project was to build and install three trailheads at the Nike Base, said the values taught to him as a Boy Scout have helped him in his daily life: “A Scout is helpful. The other day, when I was at church, I went downstairs to the coffee hour area, and I saw two ladies on the stairs. One was pale, and another lady was helping her. I asked them, ‘What do you need from me? How can I help in this situation?’ I was told, ‘Just bring a chair. We have an ambulance on the way. Can you please flag them down on the street?’ ‘Of course, I can.’

“A week later, I was profoundly glad to know that they were all right. It was just dizziness and the heat getting to this woman. I would really like to think that scouting has instilled a kind of willingness to help people in me. It has shown through the actions and thought processes that I have been taking that scouting has helped me become a better person.” 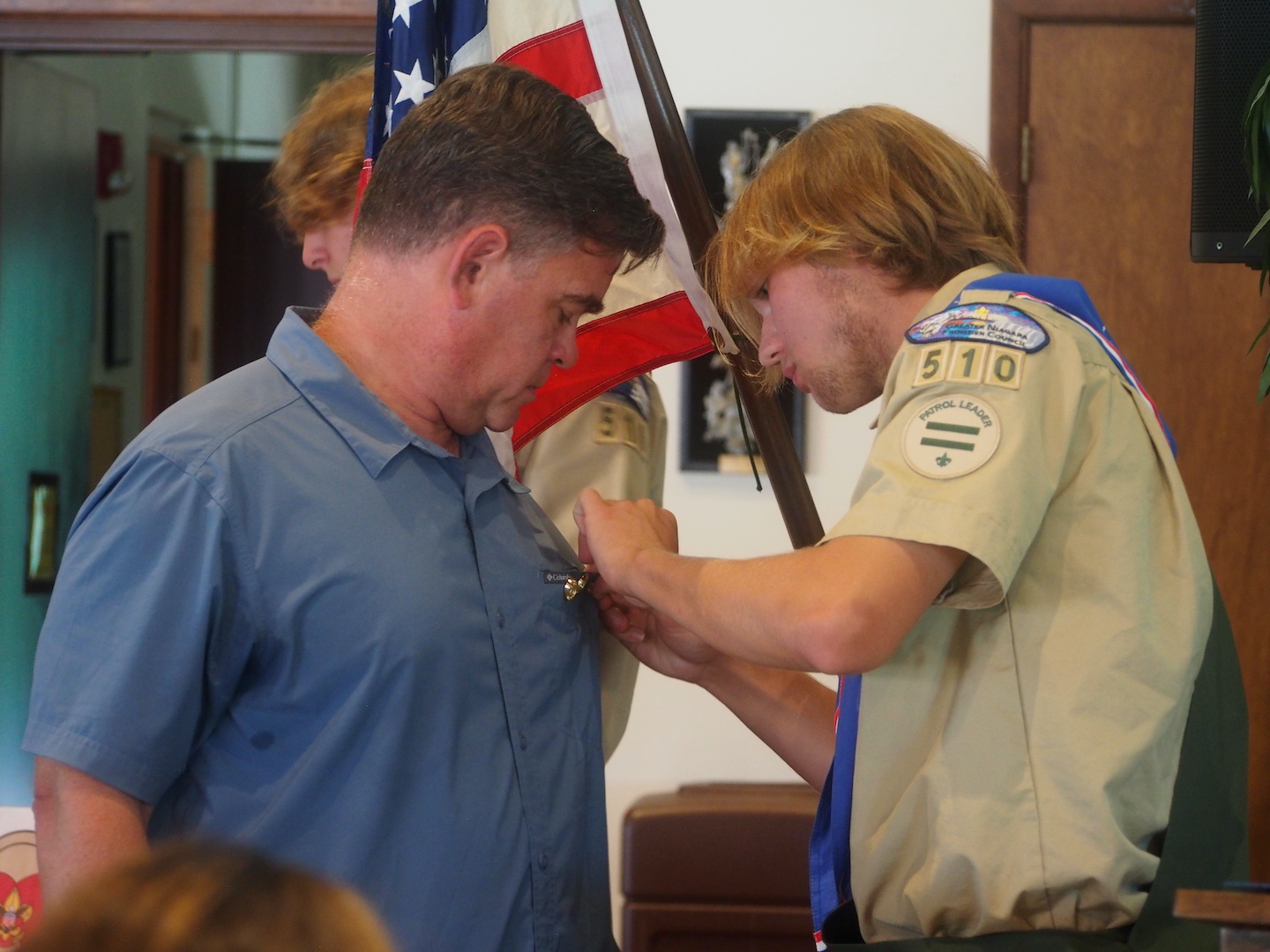 Jacob’s Eagle Scout project was to renovate the Overlook Room at Historic Trinity. At his Eagle Scout Court of Honor, he talked about dealing with challenges: “It’s not easy. There’s been a lot of challenges.”

Jacob said his former Scout leader, Todd Tribby, gave him three words of advice: “Embrace the suck. A recent example of this was swim club. We swam 3K in the river up current, and it was a little rough. I pushed through. I finished it, I earned something, due to (Tribby’s) advice. It’s an honor to be here.”

The new Eagle Scouts credited Tribby, who moved to Tennessee to pursue his teaching career, with giving them confidence to obtain the Eagle Scout rank. They each presented him the Eagle Mentor pin.

Tribby said, “A year ago, I made a promise to four young men. I wasn’t able to finish what we had started. Since then, I finished my first year as a high school teacher.

“One of the things that I learned over the past year is that the kids are not all right. That’s a new saying in our team. The kids are not all right. I want to think that, through your efforts here, these kids are going to be all right. They will be better for what they’ve done, whether they went from Tiger Cub to Eagle Scout, or had two years in Scouts and did some campouts and did some things together. It’s a shared experience, and I think that makes the kids all right. I hope that the work that we did here will let you young men be OK. I can assure you. I’d like to thank everyone in the room for what you have done to make this experience possible.” 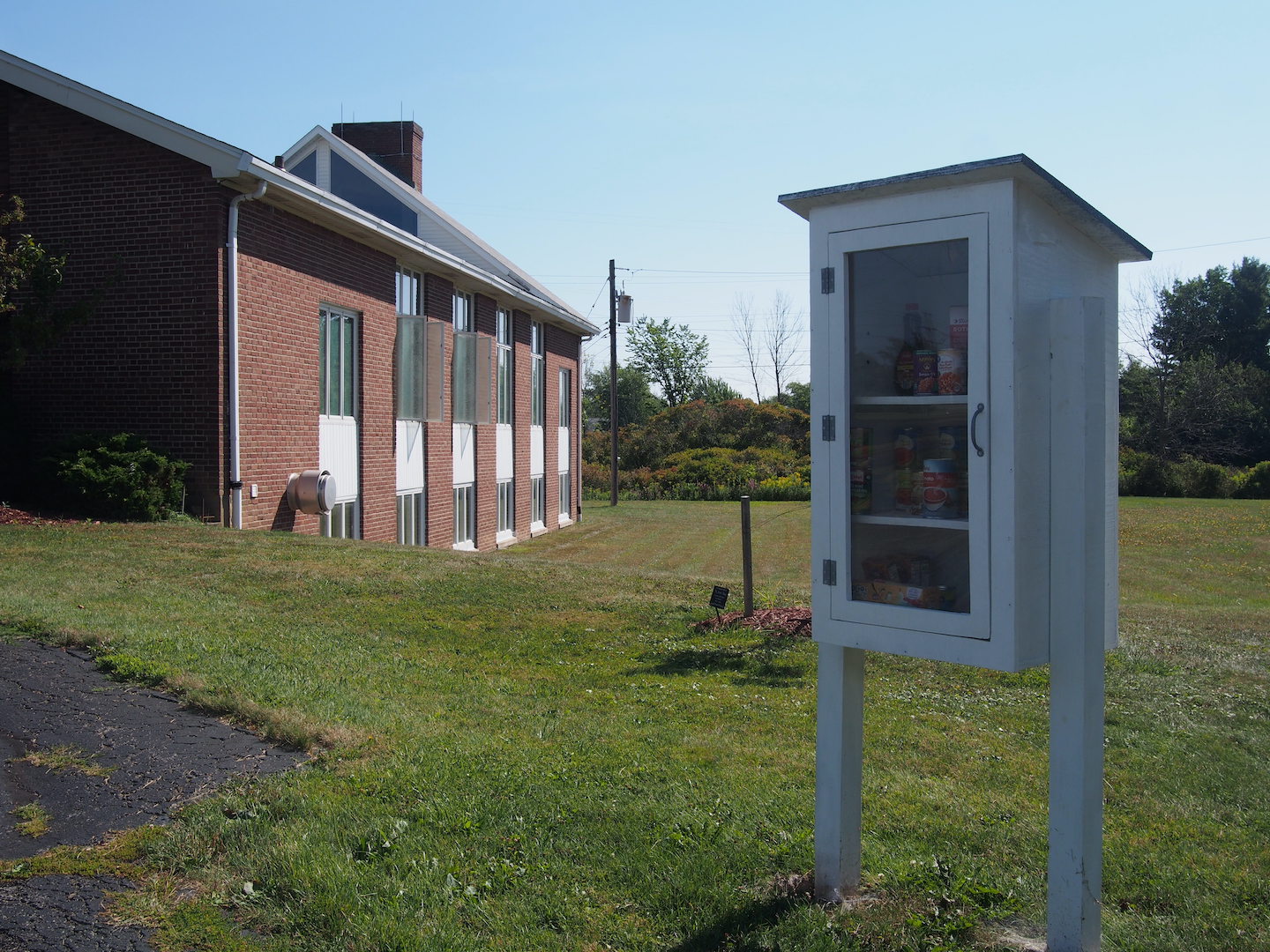