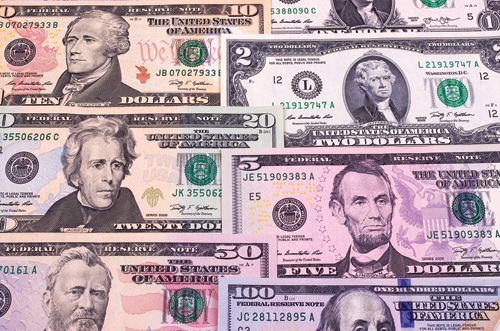 At a special meeting Monday, the Porter Town Board approved by a 4-0 vote the issuance of $6,785,000 in serial bonds to fund improvements to the town’s water distribution system that comprises the Town of Porter Water District.

The board’s action came following an announced public hearing on the project that saw no comments by residents. The measure calls for the town to provide for the issuance of $6.785 million in bonding for a period of 40 years to cover the project. It states “that to the extent that any grants-in-aid are received for such specific object or purpose, the amount of bonds to be issued pursuant to this resolution shall be reduced dollar for dollar.”

It continued, “The maximum maturity of the serial bonds herein authorized would exceed five years.”

Wendel Companies in Williamsville was retained by the town to oversee the engineering elements of the project. Actual work will take place in five areas in Porter where the water distribution system was found to be deteriorating, and is now experiencing pressure and distribution issues.

The water distribution system dates to the 1930s and is said to feature both cast iron piping and asbestos cement pipes.

“The water system is aging and provides inadequate pressures and fire flow in some areas,” Wendel stated. “Some pipes also are undersized by today’s standards, or tuberculation has reduced the capacity of the pipe. Certain older water mains within this proposed project were installed in the 1930s and have experienced repeated outbreaks. The Town would like to improve the water distribution system within the five areas identified in this report in order to improve water pressure and fire flows, address aging infrastructure areas of high waterline breaks and tuberculated pipes.”

√ Area 3 – Meadow and Manor drives, located in the north-central part of the town. According to Wendel, “Both roads intersect with Lockport Road and travel north creating a U-shaped loop. Meadow Drive continues east until connects to Youngstown-Wilson Road. The CIP waterlines do not provide adequate pressure.”

√ Area 5 – the Lower River Road area extending into Youngstown. According to the Wendel report, “The existing 12-inch CIP waterline, which runs along River Road from the Village of Youngstown to the Town of Lewiston, experiences frequent breaks, which results in the town being cautious about increasing water pressure in this area. The town also discovered that the 12-inch CIP has significant tuberculation, restricting the capacity pipe.”

“Due to the deterioration of the water system since the 1930s, the Town has been forced to reduce the operating pressure with parts of the distribution system to avoid frequent leaks. Fire hydrants located in the vicinity of the Ransomville tank indicate a reduction in fire flow capacity greater than 13%.”

The project would also see: installation of new fire hydrants in all affected areas; completion of interconnections to existing waterlines; and completion of tree bores on Lower River Road “to avoid removal and damage to large mature trees,” the Wendel report continued.

In discussions Monday, Town of Porter Attorney Mike Dowd said the municipality declared itself as lead agency for the project for purposes of authorizing issuance of the $6.785 million bond anticipation note. As a result, there would by no formal state environmental quality review required for the project.

The town resolution indicated the project had been determined to be a Type II action pursuant to New York State Department of Environmental Conservation regulations covering SEQRA, and “as such will not result in any significant environmental impact,” Dowd said.

As far as those property owners who would ultimately be responsible for sharing the cost burden, language in Section 4 of the approved Town Board resolution finds the following: “The faith and credits of said Town of Porter, Niagara County, New York are hereby irrevocably pledged to the payment of the principal and interest on such bonds as the same respectively become due and payable. There shall be annually assessed upon the taxable real property in said Water District which the Town Board shall apportion and assess upon the several lots and parcels of land in the manner provided by law, an amount sufficient to pay the principal and interest on said bonds as they become due, but if not paid from such source, all the taxable real property in said town shall be subject to the levy of ad valorem taxes without limitation as to rate or amount sufficient to pay the principal of an interest on said bonds as the same shall become due.”

As far as the time frame for work, it’s anticipated the project will take four to six months for survey and design work; two to three months for permitting; two months to cover bidding and awarding contracts; three to four months to secure materials; and six to eight months for actual construction.