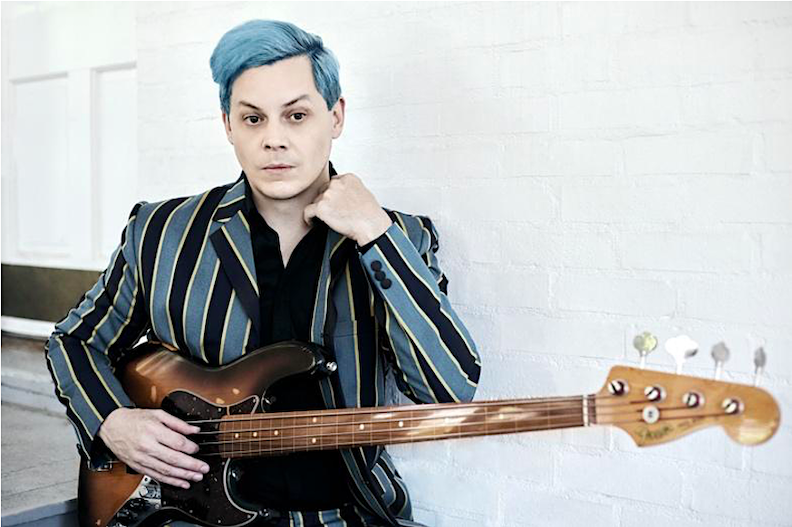 Jack White returned to Artpark Sunday night for a stop on his “Supply Chain Issues Tour.” The last time White performed at Artpark’s Mainstage Theater was in 2018 and, while it is hard to imagine he could top that stellar 2018 performance, he did.

The nearly two-hour set was visually stunning, featuring a blue hue featured on the cover of one of his latest two releases, “Fear of the Dawn.” The backdrop imagery changed, but the color scheme remained constant and accented by moving white lights. White even dyed his hair blue to match the theme.

With two new albums released earlier this year to promote, White had an abundance of new material to draw from, and he took full advantage of the situation, performing four songs from the rock-oriented “Fear of the Dawn,” and four from his folk-inspired “Entering Heaven Alive.”

In some cases, established artists avoid presenting too much new material because the audience is oftentimes unfamiliar with it, and new songs can sap the energy out of an audience. In White’s case, he peppered in the newer material seamlessly with cuts from The White Stripes, The Raconteurs, and “I Cut Like a Buffalo” from The Dead Weather.

The show was billed as being cell phone free – just like the last time White performed at Artpark. Fans had their phones secured in a Yondr pouch, sealed with a magnetic lock. The absence of fans recording video with cell phones created a throwback type of concert experience, but it was clear on the way out that Yondr has been around long enough that many attendees figured out how to open them. Still, they respected the “no cell phone” policy during the performance.

White is rightfully found near the top of about every list of the greatest guitarists of all-time, and he lived up to that billing Sunday. He switched seamlessly between guitars, and you could see him making subtle tuning adjustments mid songs and exploring different sounds like a scientist.

What makes White such a unique performer is his ability to weave between genres and influences. There were elements of hip-hop, rock, metal, and folk-Americana, and yet nothing seemed out of place. In terms of enthusiasm, the four-piece unit still has all the great characteristics of a bar band. They play with the kind of reckless abandon and enthusiasm that has not been seen since The Ramones were in their prime.

Even though White is the de facto leader of the four-piece touring ensemble, drummer Daru Jones is the heart and soul of the unit. Jones has an unusual setup, which includes his snare drum facing forward. While it is not clear what practical impact it has on his drumming style, it is visually compelling and, at times, Jones looks like Animal from The Muppets. This also gives fans an opportunity to see how White and Jones communicate through the set, and that is a joy to witness.

There were too many musical highlights to single out, apart from the final song of the four encores, “Seven Nation Army.” The White Stripes song may be his best known, but White is not as obligated to play it as Lynyrd Skynyrd is to play “Freebird.” In fact, he did not perform the song at Artpark in 2018 and nobody felt ripped off.

Nevertheless, the energy and enthusiasm showed by White and the crowd for what was the final number of a nearly two-hour show is simply beyond description. The closest comparison may be how fans in Buffalo will react when the Bills win their first Super Bowl.

White has firmly established himself as a must-see type of performer. Hopefully, we don’t have to wait four years for him to return to Artpark.

Note: White did not allow photography at his concert.