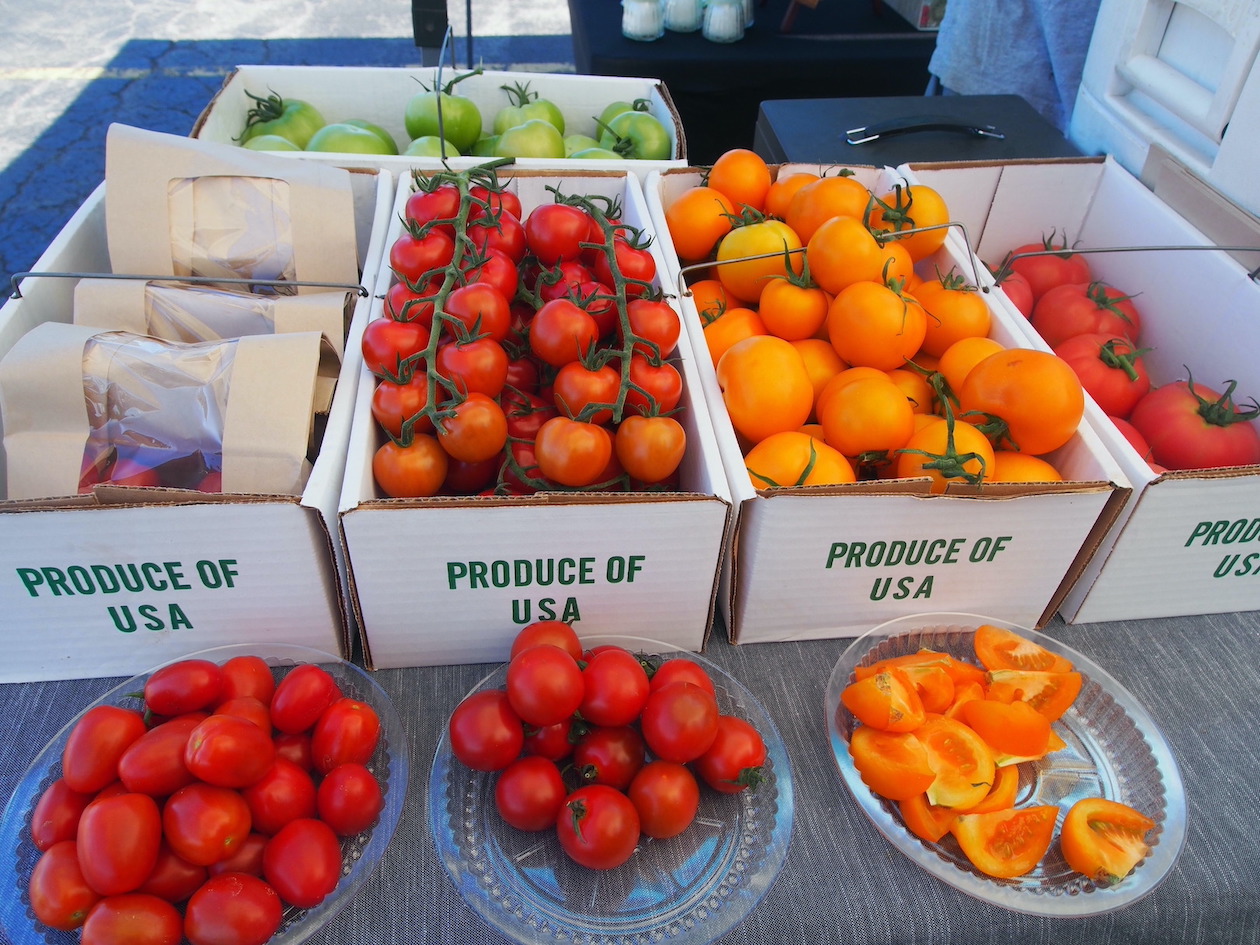 After retirement from a finance career, David Gregory found his passion in books.

At Gram’s Garage Sale in the Golden Age Center at the Nike Base on Aug. 13, Gregory, who had turned a table in the cafeteria into a bookstore, talked about how he found his avocation.

“I saw too many books being left on the curb and being advertised that they were going to be thrown out unless someone picked them up,” said Gregory, a 1967 graduate of Grand Island High School. “I originally started out as a book rescue. I went to pick up books from people who needed to get rid of them because of life-changing experiences, such as the passing of a family member or a family member going into a nursing home or because people are moving away. I didn’t like books to be disposed of or discarded in that manner, so I started picking up books. Many of them I donate to libraries or to social organizations, like the shelters. I find a lot of books at the Grand Island Memorial Library. That’s one of my favorite libraries. I really like the staff they have there and the director and the books they have to offer.”

The experience that he gained from his finance career helped him in his switch to his post-retirement work as a bookseller, Gregory said: “I worked as a corporate credit and collection manager. I had a rather responsible white-collar job, doing a lot of research and analysis and using my brain and numbers. This really fits into it. It’s been a wonderful part of my retirement: collecting books, selling books. Right now, because of my physical limitations, I don’t do cleanouts anymore. I used to buy large lots of books. But now, I don’t do that. I’ve been cutting down on my inventory.”

Gregory now sells books online as HappyBooks at Alibris and Etsy, as well as at events, such as Gram’s Garage Sale.

Photographer Mary Stewart has spent a lifetime behind the camera, capturing the images of everyday life, as well as special events. Among various things she was selling at the garage sale were several framed photographs. She said she got her start in the world of photography when she was in junior high school.

“My dad (Theodore Klingel) built a darkroom in the basement when he saw that I was serious about it,” Stewart said. “I developed and printed the pictures I took after learning how to do the printing process. I used to take pictures in Riverside High School in the morning when we first got there in the cafeteria, and no one knew that I did it. I went home and developed the pictures and printed them up and brought them back two days later.”

After graduating from Riverside High School in 1959, Stewart began taking pictures for the Island Dispatch.

“That was the first job I had, taking pictures for anybody. It was probably about 1960,” she said.

Stewart, who said cats are her favorite thing to photograph, went on to take pictures for Isle DeGrande, an online source of information for the Grand Island community, which formerly was edited by her late sister, Teddy Linenfelser, and is now edited by Jodi Robinson, who also serves as town historian. She said she also has photographed weddings for family and friends. She takes pictures of special events at the church she attends, Bible Fellowship Center. In addition, she serves as the photographer for the Golden Age Center, and she enjoys entering online competitions.

“I also have entered several pictures in the Pixoto photo contest and have placed in some of them,” Stewart said. “Last year, a flower picture I took entered ended up being the best of year in the flower category.”

The thing that she loves most about photography is “meeting people,” Stewart said. “Taking a picture. You see it through the camera and the result when it’s printed, something to look forward to.”

She said she would tell a person who was just starting to learn photography, “Keep at it. When you take a picture, look at the picture and say, ‘OK, what could I have done better?’ And so, picture by picture, you’ll get better.

“I still look at my pictures and say that I could have had a different angle. I don’t take them apart, but I try to look at them and say, ‘What could I have done better?’ ”

“I don’t advertise it but, if something comes up, I do it,” Stewart said, adding, “I’m just thankful for my dad for getting me into photography. He was my mentor, and he was the one I looked up to. He took pictures when Teddy and I were growing up. He was always taking pictures and I followed suit.”

Joe Mesmer of Mesmer’s Bees discovered his passion for beekeeping by spending time with his brother, David.

“He’s a beekeeper out in Pittsford, near Rochester,” Mesmer said. “I was always kind of interested in it. I was thinking about it, and he did it. I went over, and he did an inspection of the bees. It fascinated me. I said, ‘You know what? I want to get into this.’ He helped me get started. He’s kind of my mentor with bees.”

Mesmer, who has been a beekeeper for three years and who currently has three hives on his property, said he enjoys “watching the bees. I go out sometimes, and I have a cup of coffee. First thing, before breakfast. It’s fascinating to watch them go in and out of the hives. It’s quite relaxing.”

Ari Sobel, who co-owns Herb ‘N Garden Farms with his wife, Christina Drum, and with Liz and Kevin Colosimo, was at a table outside of the Golden Age Center. In front of him were plates featuring several types of tomatoes, ready to be taste-tested.

“Everyone who is trying our samples today loves them. It’s been great to see people’s reactions to them, with that turnout around into sales,” Sobel said.

He explained “Herb ‘N Garden Farms is a 9,000-square-foot hydroponic greenhouse that we just opened on Lang Boulevard. Two thirds of it are leafy greens, lettuces, microgreens and herbs. One third of it is tomatoes and hot peppers. It’s 100% hydroponic, non-GMO, no herbicides. We provide the optimum nutrients for the plants, and we’re climate-controlled, so we’re heated, cooled, and all that. We can grow all year long.”

The new business also sells produce at Tom Thompson’s farm on Long Road, as well as to local restaurants, such as Dick & Jenny’s.

“We’ve invested a good amount of time and energy into creating it,” Sobel said. “My partner, Kevin, and I built the greenhouse with our own hands. It’s a labor of love. I think, in a cold weather climate like this, to be able to provide the ability to grow year-round, using 90% less water than conventional agriculture, and all the advantages that is has. It’s also very sensible. We’re looking to grow and expand.”

Wendy Thompson of Thompson and Son farms, who was also at an outside table at the event, said, “We like to come here and see new faces and talk to different people who don’t know about the farm. People are always looking for fresh, local vegetables, and fruit and homemade jams and jellies. This reminds them to go to the farm.”

Denise Ricotta, who was selling homemade granola, as well as soaps, essential oil roller ball blends, barbecue rubs and herb salts, all made by her, said sales have been good: “I came to this event last year, as well as to the one in October (‘Holiday Happenings’).”

Jenny Gula, who works at the Golden Age Center, said the event had special meaning to her. She purchased porcelain egg coddlers decorated with pictures of black raspberry plants.

“My father planted black raspberries at home and in my yard,” Gula said, explaining her father had died a year-and-a-half ago. The egg coddlers “remind me of him,” she said, noting there were six children in her family. She said she had happy memories of gardening with her father and her five siblings when she was growing up.

Jen Menter, recreation supervisor of the Golden Age Center, described Gram’s Yard Sale as a “big success. We had a great sense of community. We had so many members come out and be a part of this sale, which really warmed my heart. I appreciate all the volunteers who helped make it be the success that it was.”

Gula added, “I enjoyed seeing and meeting new friends, as well as the sense of community.”