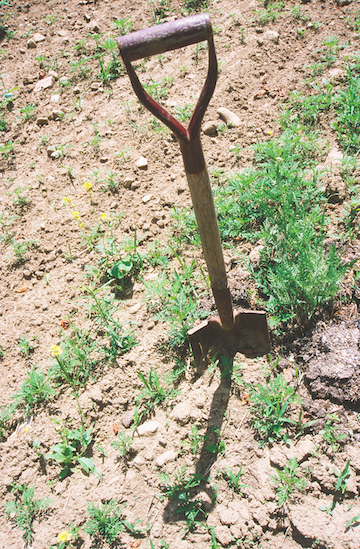 Traffic concerns continued to dominate the conversation Tuesday, as residents and Town of Niagara elected officials butted heads over the proposed Amazon warehouse that could be a financial windfall for the town.

Despite those concerns and the fighting that accompanied some of them, the five-member Niagara Town Council issued a “negative declaration” Tuesday regarding impacts to the environment – offering that, across 18 categories, either the facility would not impact the town or that mitigation efforts taken by engineers and planners would offset any significant impacts.

Of the 20 speakers who faced the council, the overwhelming majority of them offered a rebuke of traffic mitigation efforts put forth by Amazon representatives at a work session two weeks earlier.

They didn’t care about added turn lanes or street lights. They said the truck traffic that would travel from the Interstate 190 exit onto Packard Road to the facility entrance at the intersection of Packard and Lockport roads make them feel entirely unsafe.

“Almost every day there are accidents,” Betty Golaszewski pleaded to the board, adding that ambulances drive by her Packard Road home all of the time.

She and others were concerned with being able to leave their driveways with the added truck traffic the Amazon warehouse would bring. Amazon officials said they would widen Packard Road, installing turn lanes and traffic signals at several intersections near the facility to help manage the flow of traffic.

“The truth is I don’t feel safe (living there) anymore,” Golaszewski said. “I don’t know how you can address it safely.”

Before June, Amazon representatives proposed sending truck traffic to and from the facility along Packard Road, which would offer the most straightforward path to and from the interstate.

But at the council’s last work session, Amazon said that, in an effort to reduce the truck traffic on Packard Road, departing trucks would instead be directed to travel on Lockport Road to Military Road and then south along the main street to the Packard Road intersection. From there, they’d turn right onto Packard and make a left onto the interstate on-ramp.

With truck traffic only coming one direction, the representatives argued, there would be reduced dangerous situations and impact to residents along Packard and its intersecting cross-streets.

But residents balked at this solution, as well, wondering what sort of enforcement would prevent the trucks from doing whatever they wanted once this scenario isn’t theoretical.

Tempers rose between Robert Taylor, a Packard Road resident, and Supervisor Lee Wallace. Taylor and Wallace butted heads after Taylor asked Wallace questions. Wallace attempted to respond but was cut off by an argumentative Taylor.

Their back-and-forth came to an end with Taylor wondering – as many others did Tuesday – “Who’s going to want to live on that street?”

Residents also voiced concerns over health issues the trucks could contribute to, like chronic obstructive pulmonary disease or asthma.

Not All Negative Views

While residents around the proposed site were negative toward Amazon coming to their neighborhood, several others from around Niagara County offered more positive takes.

Including the one two council members cited: financial.

The Amazon warehouse would have a major impact on the town’s – and Niagara County’s – taxbase, which proponents said would be a windfall for a town struggling to keep its tax increases below New York state’s tax cap.

Councilman Richard A. Sirianni said he spent hours crunching numbers and ballparked the Amazon warehouse would more than double the town’s highway department budget immediately, providing more funding for a department looking to maintain streets and repave the ones that are falling apart.

Sirianni guessed the Amazon facility would be valued at between $300 million and $400 million upon its completion when estimating the impact. Even if there are tax breaks provided by entities beyond the Town of Niagara’s control, that value would mean a significant windfall in places the town is desperate to fund.

“The bottom line is that the town is in a bad (financial) position,” Sirianni said. “We can either drop services or pay increased taxes. Or we bring in development and they pay with their taxes so we can provide services.”

Wallace, the town’s supervisor, said Niagara is one of only two towns in Niagara County without a general fund tax to help pay for general town services.

Bringing Amazon to the town would allow such a practice to continue.

“It doesn’t matter if you get five new board members up here,” Wallace said of the town’s financial state. “They’re going to face the same issues.”

Michael A. Casale, commissioner for the Niagara County Center for Economic Development, said the project needs to move forward not just for financial impacts from Amazon, but from a general position, too.

Niagara County deemed the lot where Amazon is looking to build as “shovel ready” in 2012. Backing out of this massive development deal would hurt the entire county’s ability to recruit major development in the future.

“No serious site selector would ever give Niagara County a second look again if we do not stand behind the shovel ready certification,” Casale told the council Tuesday.