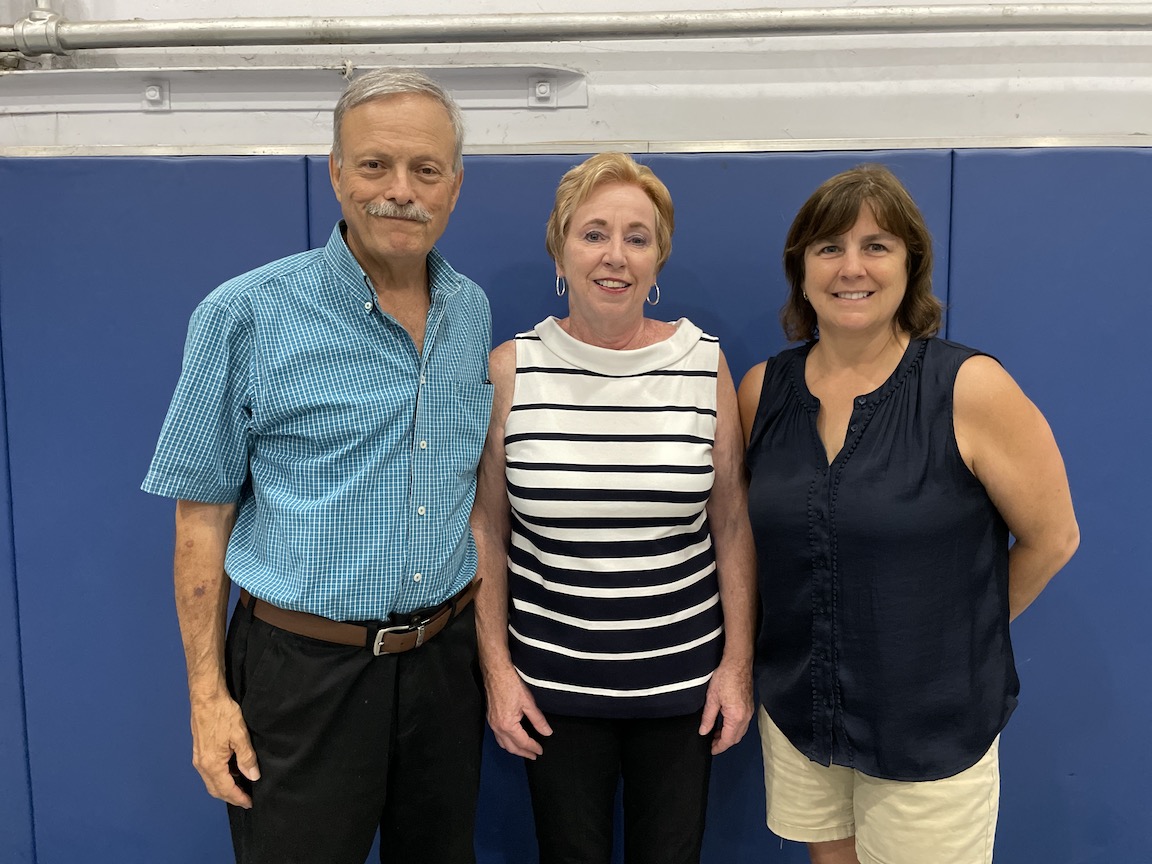 Anne Welch was reelected mayor Tuesday in the Village of Lewiston. She topped outgoing Trustee Claudia Marasco by a 52-vote margin (367-315 votes).

Tina Coppins (362 votes) was elected to her first term in office, and will serve as a trustee alongside Vic Eydt, who was reelected for a fourth term (353 votes).

Following the results announcement, Welch said, “I’m looking forward to (another term). Getting a lot finished that we already had in the works. We’ve got a lot of projects waiting. I’m glad to be able to finish those up in the next four years.

“I’m very happy to be in for another four years with Vic – he’s been my right hand. I’m very glad to still have him by my side.”

Welch was first elected mayor in 2018 – defeating former Deputy Mayor Bruce Sutherland by four votes (three after votes were certified). Prior to that, she worked 31 years as clerk, retiring in 2014. She returned to serve the village as vice chairwoman of the Planning Commission the next year, and was with that board three years.

In her first full year in office as mayor, Welch secured a private buyer for the Frontier House. She recently spearheaded the movement to build an inclusive playground at Marilyn Toohey Park. That play area recently opened to the public. Other projects in the works include enhancements to Academy Park and the waterfront, plus a new bike trail.

“We have a lot going on; I’m glad to be able to finish that,” Welch said.

“We ran on our merit of four years, with good results,” she noted. “We have a good record.”

Marasco has served on the Village Board since 2018, and is a former deputy mayor. She was an educator before becoming a community advocate. In 2017, Marasco partnered with fellow village resident Arlene Sliz on the “Invest in the Vest” fundraiser, which netted $30,000 for 24 anti-assault weapon vests for the Lewiston Police Department. The former “Citizen of the Year” awardee also has raised funds for Community Missions, Ransomville Care-N-Share and Heart, Love & Soul food pantries via collection nights outside of Artpark.

“Tina got in. I’m happy for her; she’ll be a good replacement for me,” Marasco said.

“I always hope good things for the village, moving forward. Tonight’s outcome means, I guess, that half of the village voters – it was pretty close; and 52 votes different – that there definitely is work to be done in the village. I stand on the record of ethical government, open communication and accessibility, and that people really want to be – and hopefully can be – more involved in our community. It’s wonderful place to live.

“We’re not perfect. But we did our best. Our team was very focused. It’s very difficult to beat people that have been, basically, in a position of governance for 68 years. So, when I look at it, I look at it as a victory, in a sense, that, from this, we will learn. And whoever leads needs to be more attentive to the people and what they would like.”

Coppins is a long-time River Region resident who, for the past 22 years, has worked as a property manager overseeing a 425,000-square-foot commercial building that houses between 25 and 35 tenants at any given time. She has volunteered her time to assist the Lewiston Kiwanis, Lions and Garden clubs, as well as the Village of Lewiston Recreation Department. Her husband, Peter, is a member of the Historic Preservation Commission.

“I’m very happy to win a position on the Village Board as a new trustee,” Coppins said. “I would thank all the residents that came out and voted and supported me. It was a great experience walking the village and talking to everyone with Claudia Marasco and Savana Bevacqua and listening to your concerns. I really thought we had a great team, but I am looking forward to working with Mayor Welch, Village Board, and all of the village employees.”

Eydt is a three-term trustee and current deputy mayor. He has worked extensively on the Local Waterfront Revitalization Program. The Village of Lewiston’s LWRP-designated area was recently expanded to include all of Center Street – including Academy Park – which will enable the municipality to qualify for additional grant opportunities. He has worked in village government since 1993, first as a member of the Planning Commission, and later as chairman of that board for 12 years.

“I’m glad that I won, and hopefully we’ll get past all the negativism from the election,” Eydt said. “I'm looking forward to the fourth term, picking up all the stuff that I've got in the fire: the water lines and Academy Park and all that.”

He added, “It's just a matter of getting everybody to work on the same page.”

Bevacqua recently won a spot on the Lewiston-Porter Board of Education. She has served as a member of the Planning Board since 2019. A U.S. Navy veteran, Bevacqua is currently attending graduate school at the University at Buffalo for a Master of Urban Planning degree. Her focus is on historic preservation.

Fittante is president of Fittante Architecture – and well-known for his architectural work on several prominent Lewiston sites, including the Frontier House and the Brickyard Brewing Company. He is a member of the Historic Preservation Commission and the Niagara River Region Chamber of Commerce executive board.

Election results are unofficial until certified by the Niagara County Board of Elections.

Welch, Eydt and Fittante appeared on the Republican and Conservative party lines. Marasco, Coppins and Bevacqua were the endorsed Democrat party candidates.

A reorganizational meeting and swearing-in ceremony will take place at 6 p.m. Tuesday, July 5.