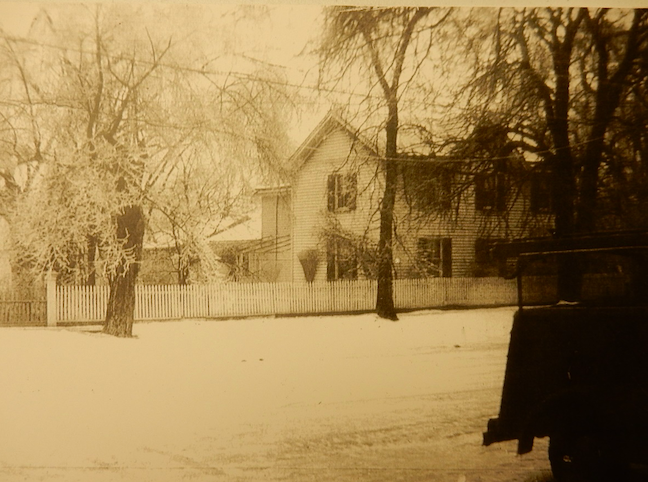 This is the former Lothrop Cooke home, prior to 1960, when it stood along Center Street.

First thing this week, let me say I have received many comments about this series of articles and all have been very positive. We at the Historical Association and the bicentennial committee are happy to hear how many people enjoy learning about the most mature buildings in our township. Remember, as old as a 200-year-old structure is, and as much local history they have witnessed, their presence began long after the prehistoric visitation by natives, the appearance of the French and British, and everything else in between.

This edition is the penultimate (next to the last ) [Editor’s note: I do not get much chance to use that great word] of our series involving 15 structures, which were built before the 1822 creation date of the village. The township even predates that.

Now, onto the house at 715 Cayuga St., which was home to one of the most unique characters in Lewiston’s history, Lothrop Cooke. He is the son of Lemuel Cooke, a pioneer of Lewiston, who has his own historic home in the town. Surviving accounts of Lothrop describe him as tall with a powerful demeanor, but cheerful and hospitable when the occasion called for it. This showed in his actions.

When the War of 1812 began, Lothrop needed to escape Canada to avoid being forced to pledge allegiance to the British. He did so by crossing 40 miles of open water in canoe with his wife and small child aboard. During the War of 1812, his father, his siblings, and Lothrop were tasked with making sure soldiers could cross the river safely. Unfortunately, his leg was injured in the cold water and needed to be amputated. However, his attitude did not change with one less leg, and is what earned him the title of first deputy sheriff of Niagara County in 1802, and a Lewiston judge for over 30 years.

Even when he became an undersheriff just a year and a half afterward, he still showed his strength and cunning when a riot of 2,000 men broke out along the canal. Lothrop, with one leg, walked straight up to them and demanded the leader come with him. When they laughed in his face, Lothrop leaped at him and began to beat the leader into submission. This brave feat was characteristic of Lewiston’s most bizarre sheriff.

The house he built in Lewiston was originally on Center Street, but it was moved to 715 Cayuga St., to make room for a plaza in the early ’60s. While the house can’t hold the same energy as the man himself, it is a constant reminder of the vivid and unique history contained within Lewiston.

As this issue comes to you on June 11, we are only three weeks away from the celebration. Many last-minute details are falling into place. Be sure to visit www.Lewiston200.org to know everything you need to plan a great weekend celebration. 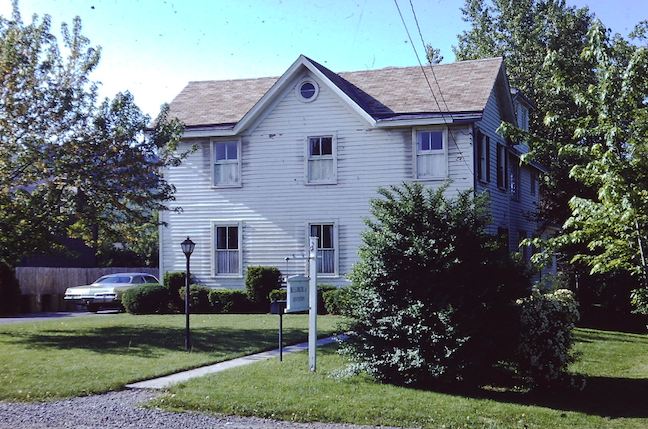 This is the home as it looks today, along Cayuga Street.