The Historical Association of Lewiston has a brand-new exhibit at the Lewiston Museum – with a centerpiece thought to be lost to the village burning in December 1813.

At a ceremony Friday, museum curator Tom Collister introduced a recreation of the post office said to be operating out of Benjamin Barton’s mansion more than 200 years ago. Barton was Lewiston’s first postmaster.

Included with the stage display is:

•Barton’s Bible, which was purchased a month before the burning of Lewiston, and chronicles family histories – including the names of his 10 children.

•A hobnail safe, which was donated by current Barton Hill estate owners the Finkbeiner family.

•A picture frame said to be made of the willow tree Barton’s wife, Agnes, planted outside the family home.

Collister, board member Brian Beebe and President Ken Slaugenhoupt collected the pieces and assembled the exhibit.

Among those in attendance was 91-year-old Jim Barton, who allowed the clock to be put on display. It had been with his family for more than 80 years.

The museum is located on the corner of Cayuga and Niagara streets, kitty-corner to KeyBank’s parking lot. It is open from 1-5 p.m. Wednesday through Saturday, June through September, starting tomorrow. Admission is free, but donations toward the maintenance of the facility and collections are gratefully accepted. Visit www.historiclewiston.org for more information. 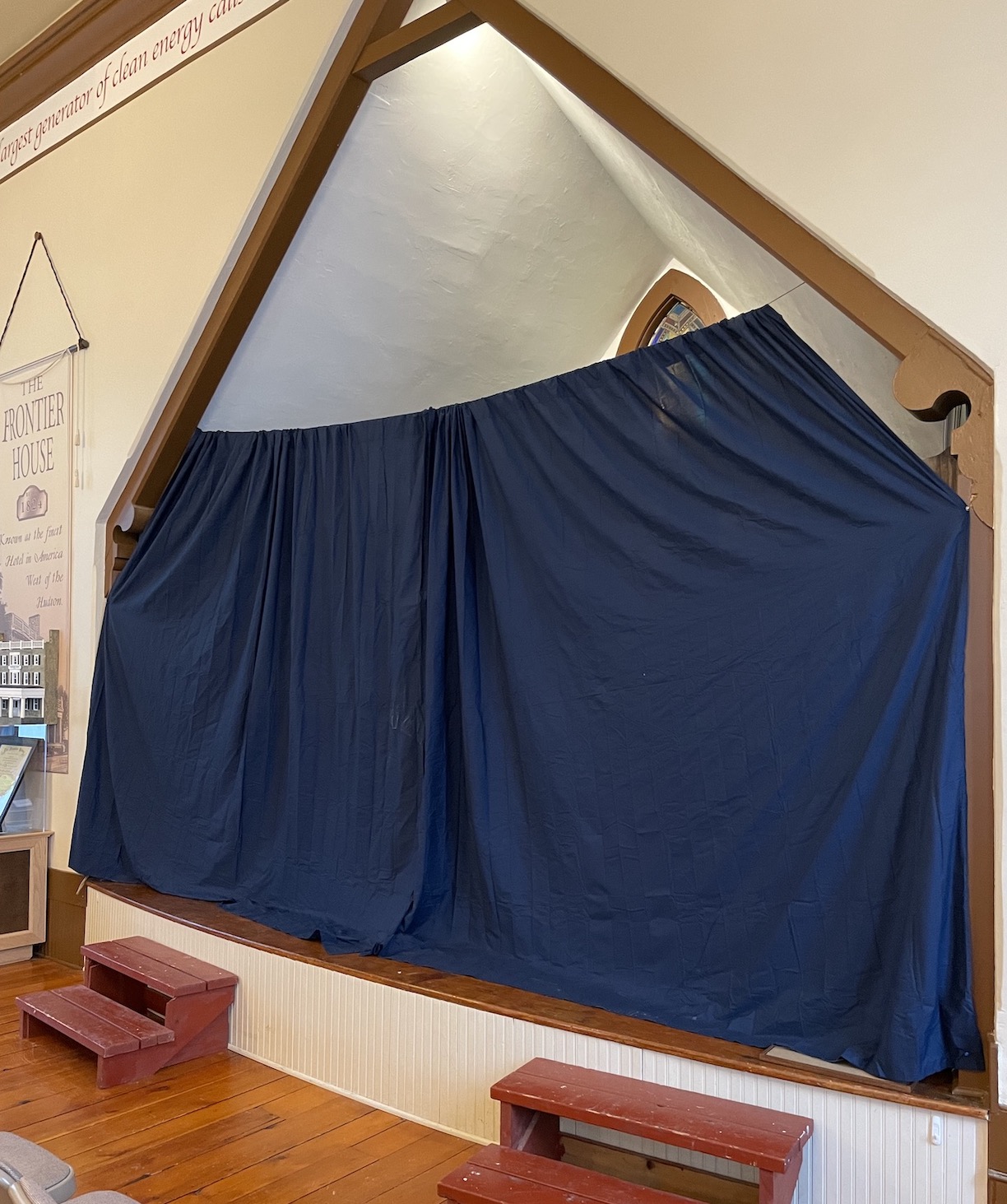 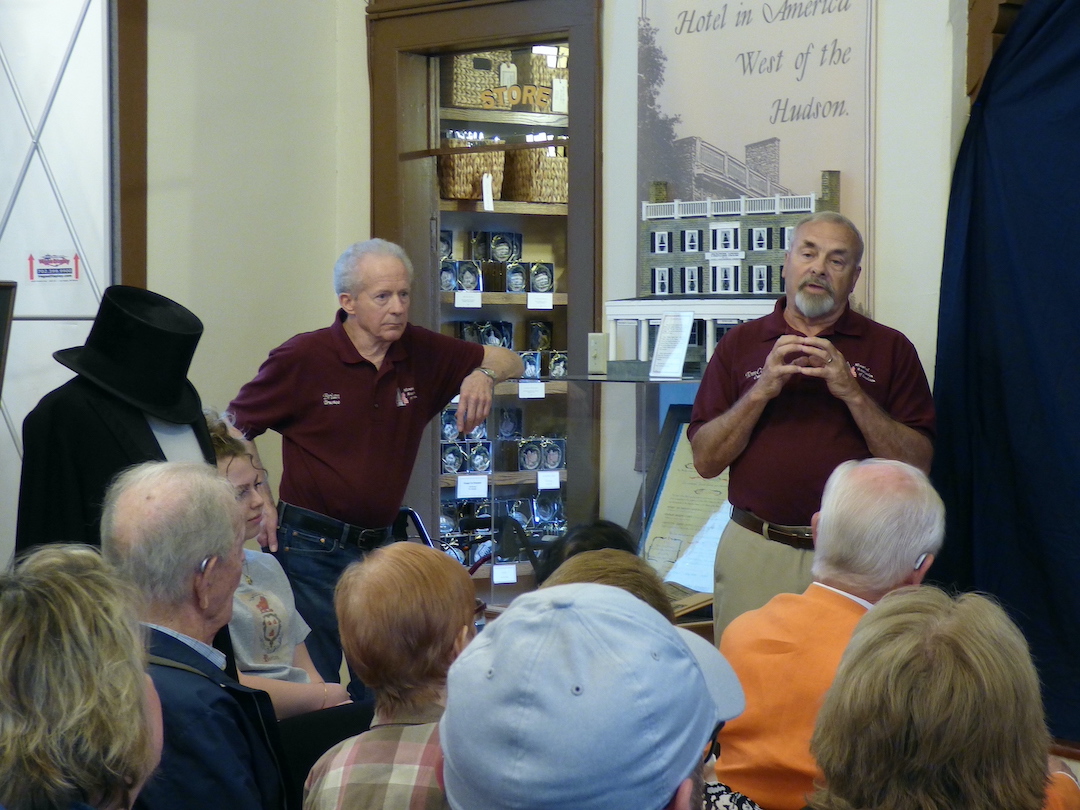 Tom Collister speaks to the crowd. 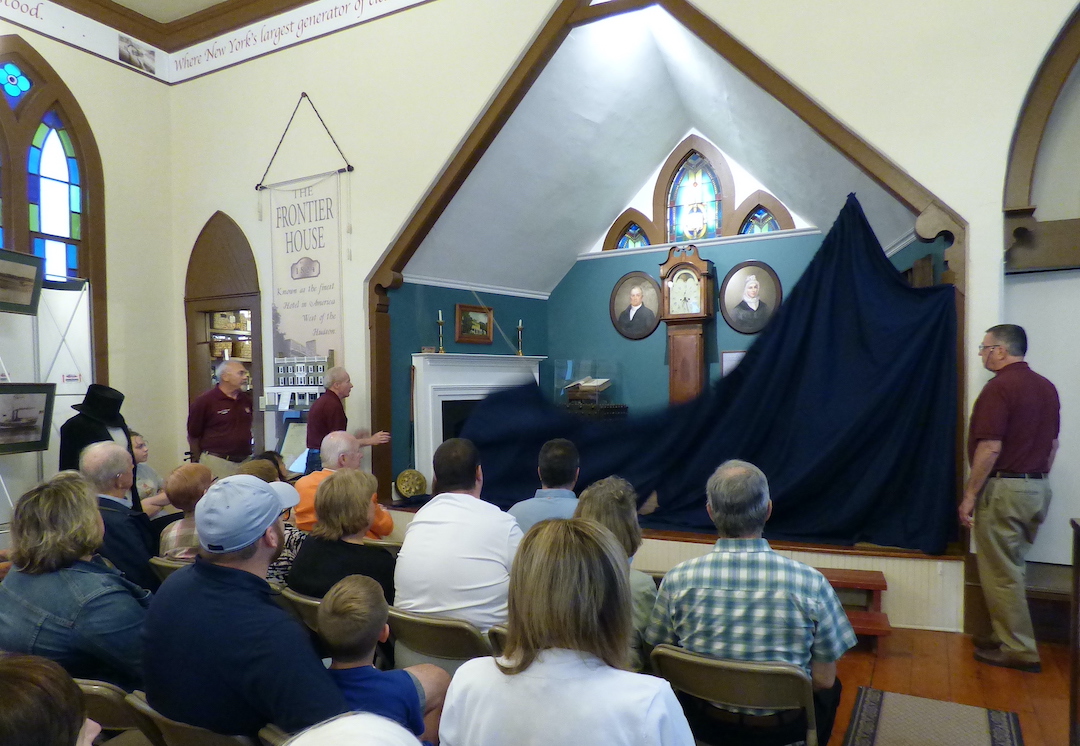 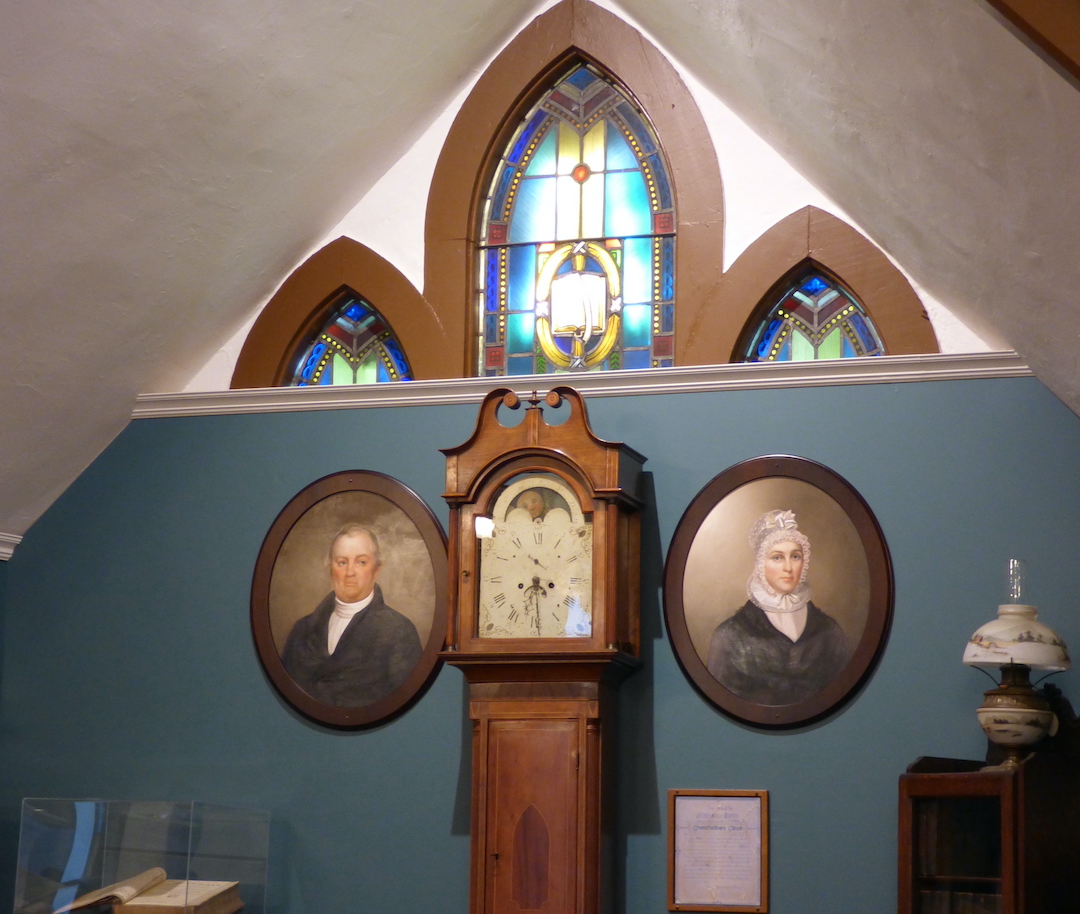 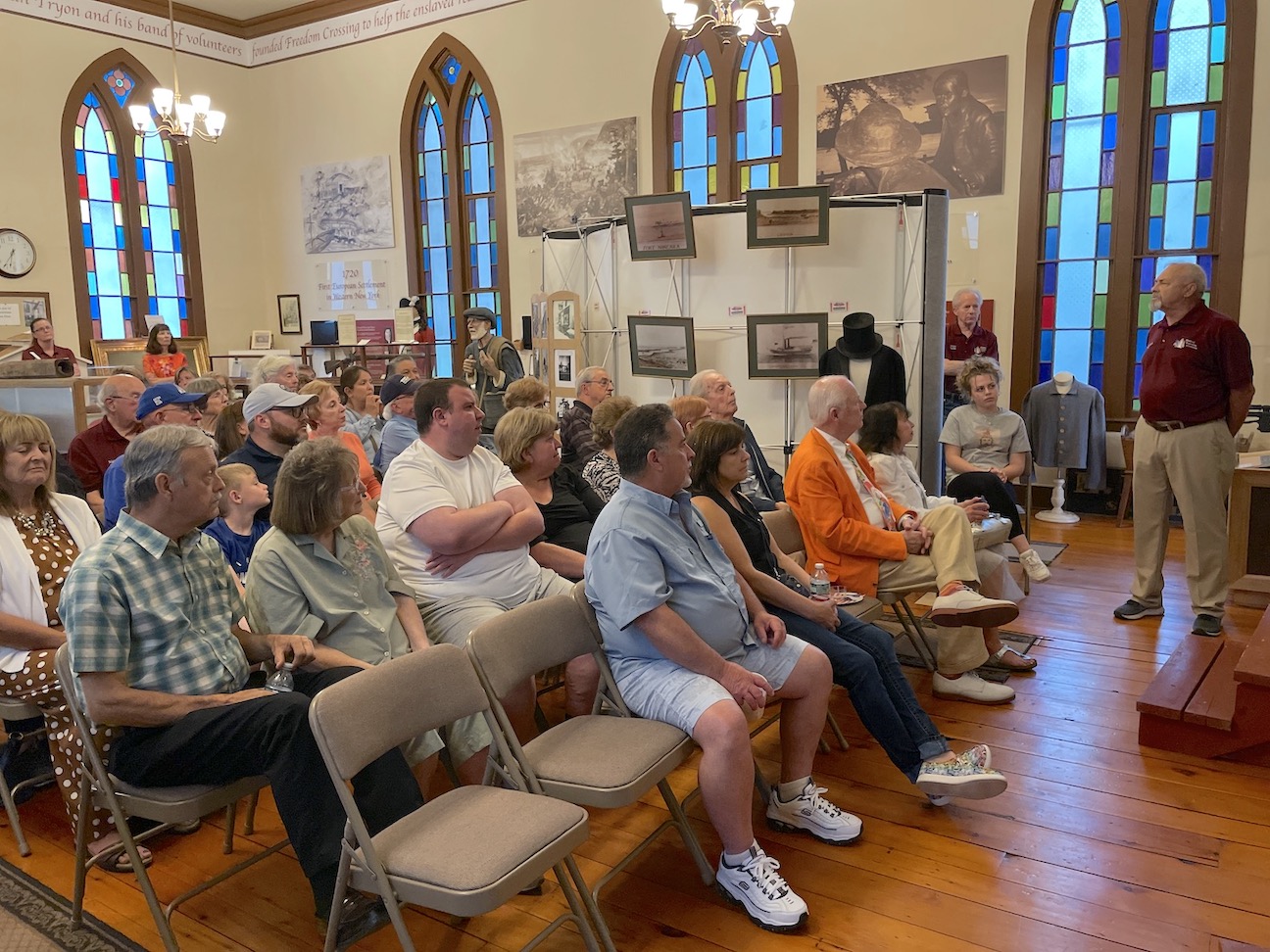 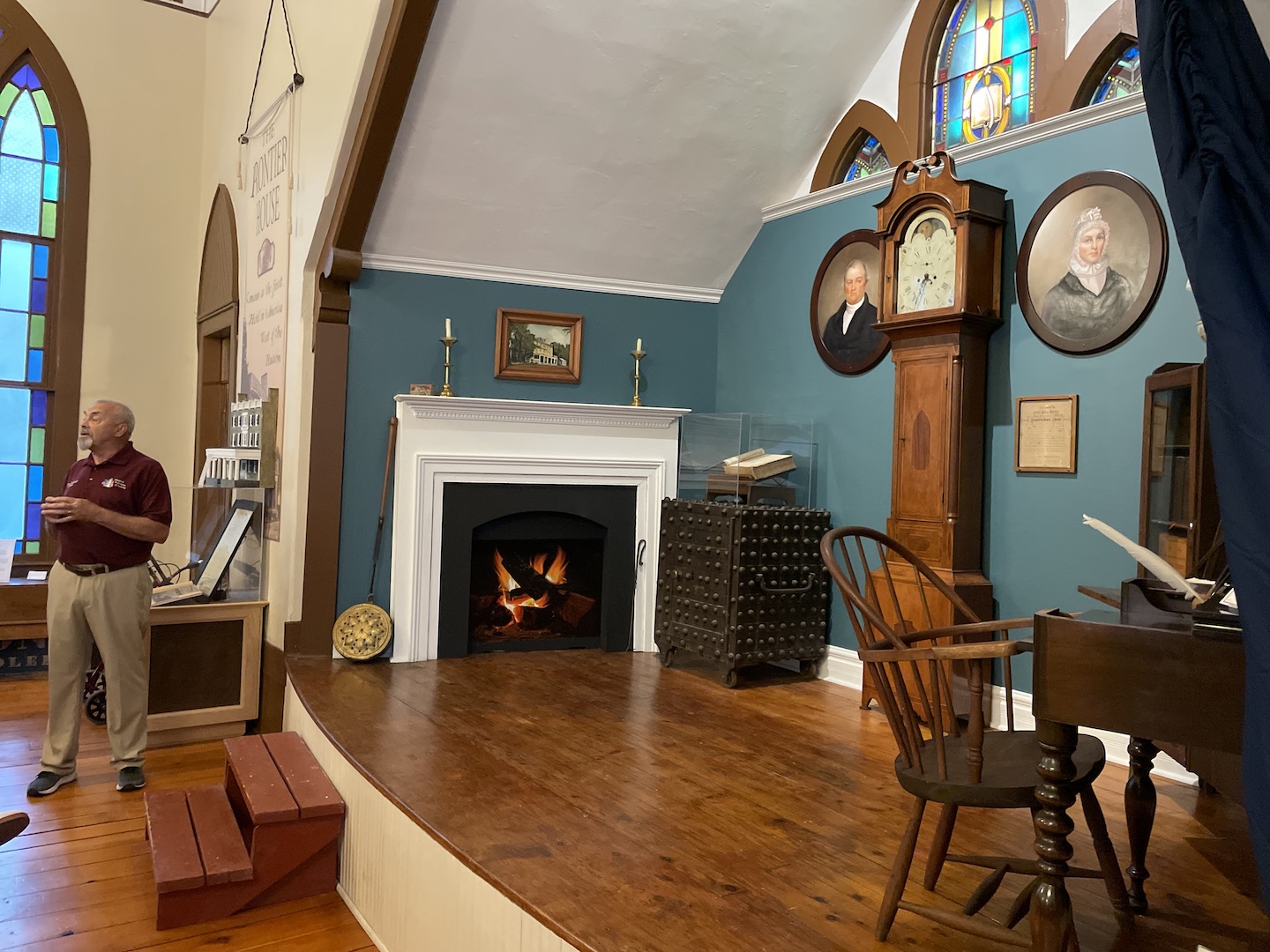 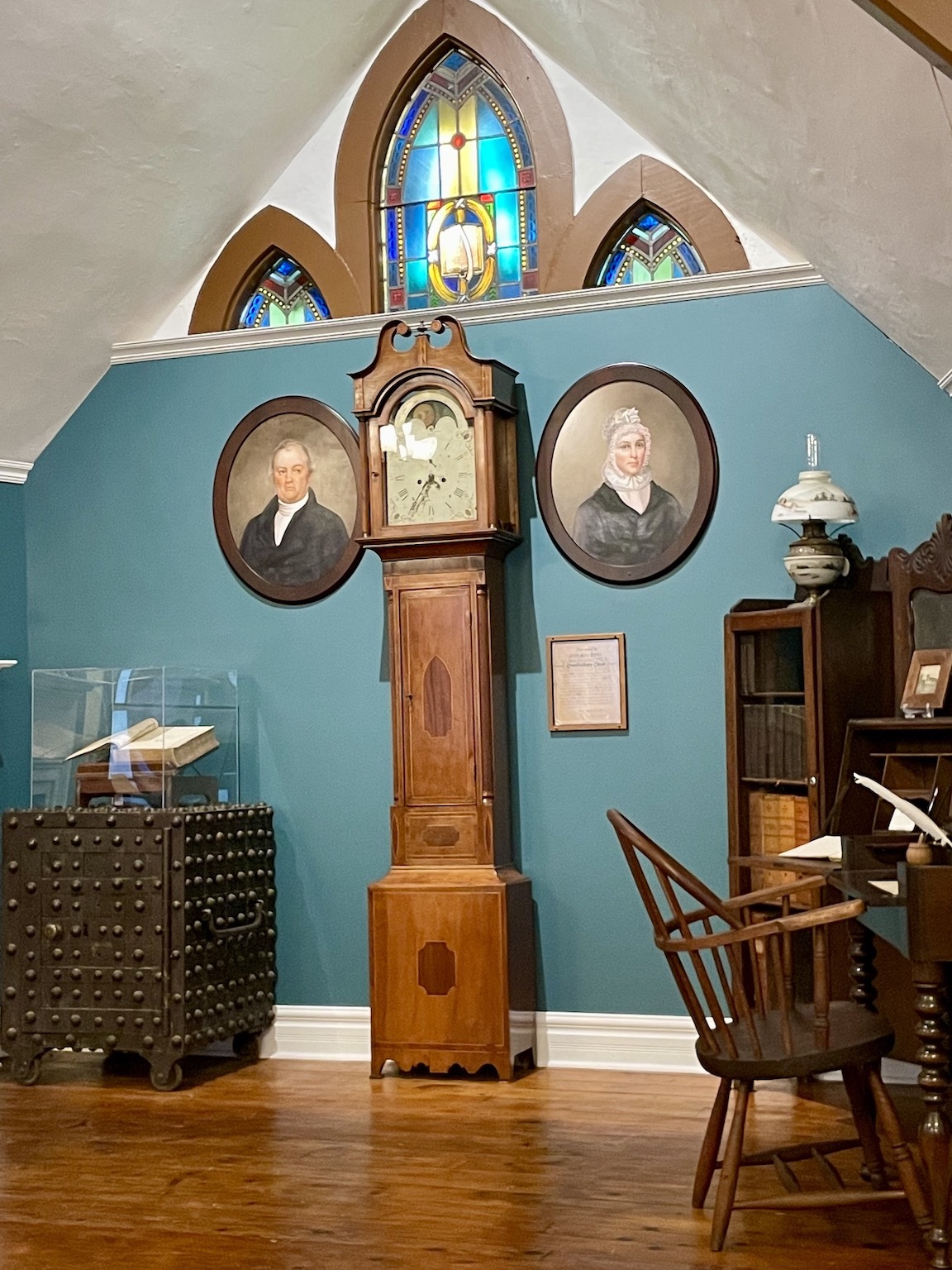 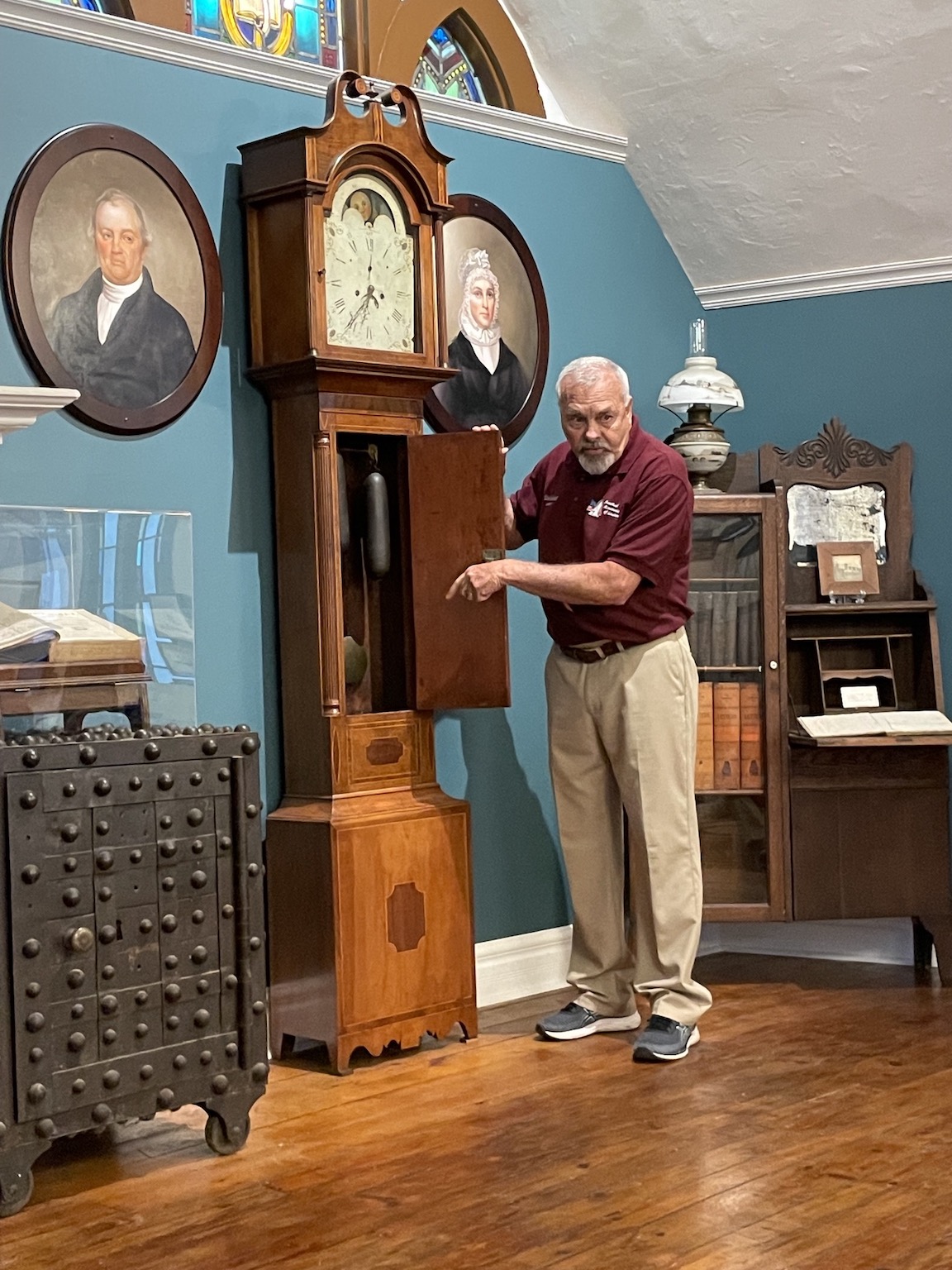 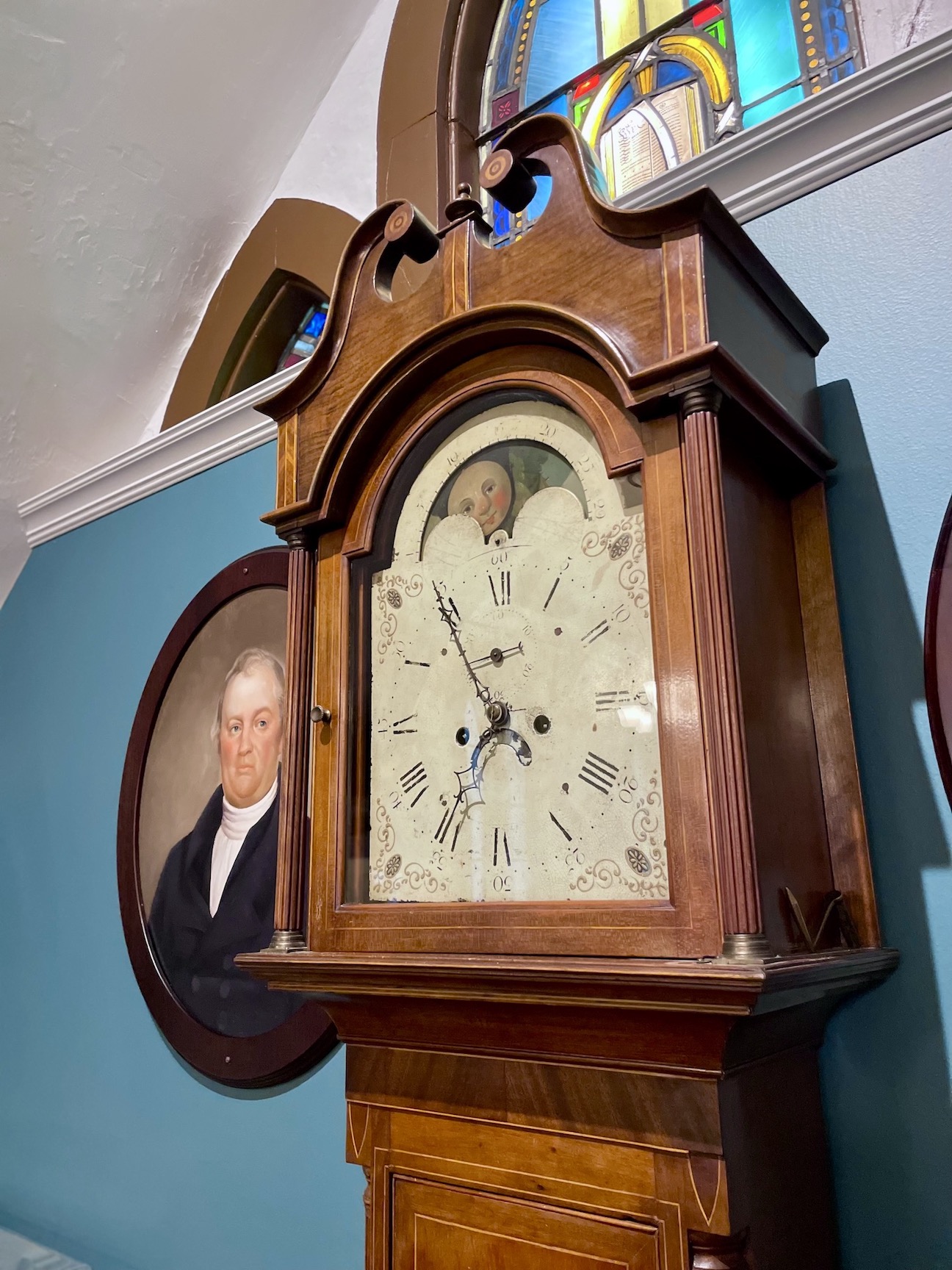 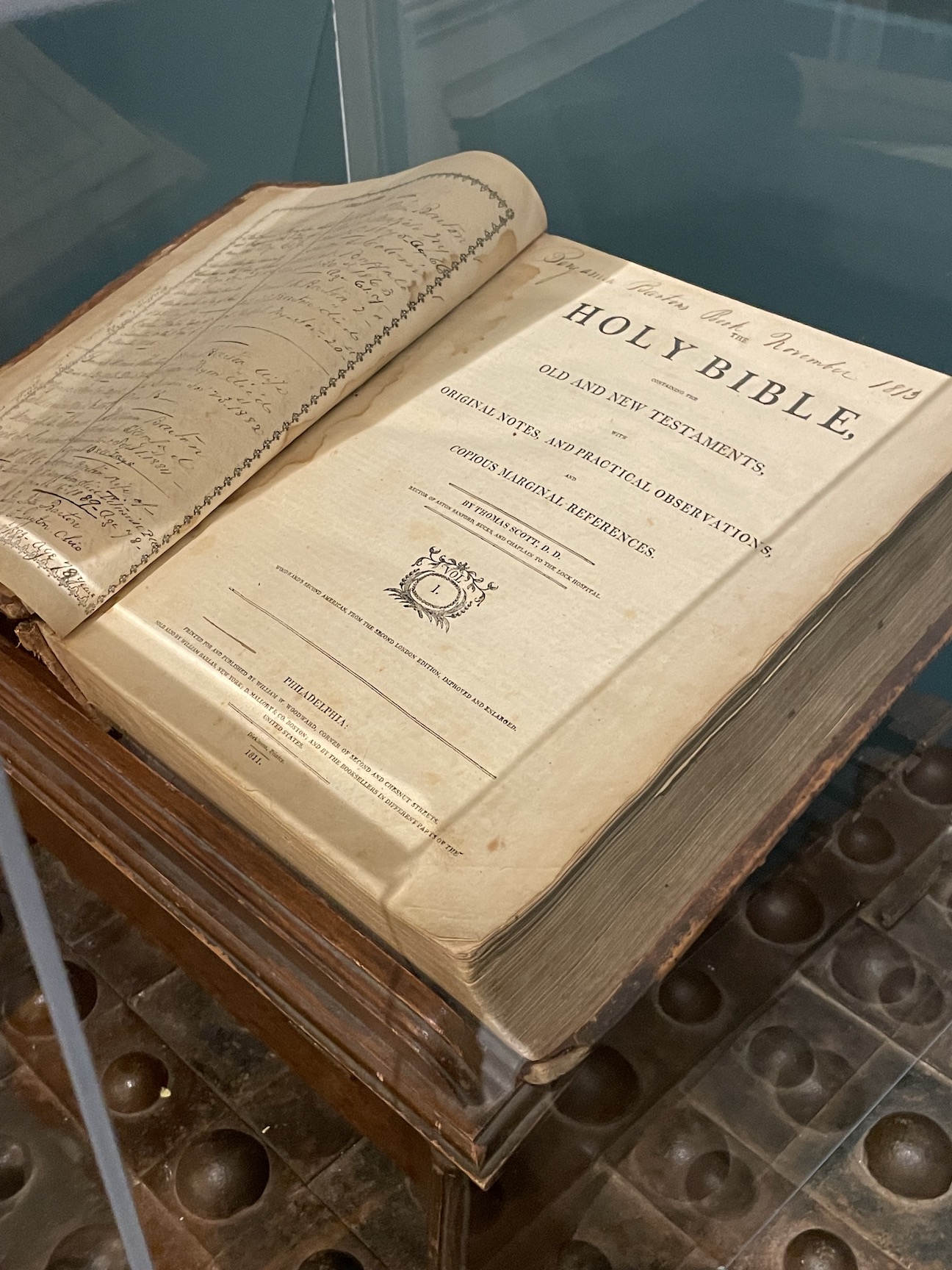 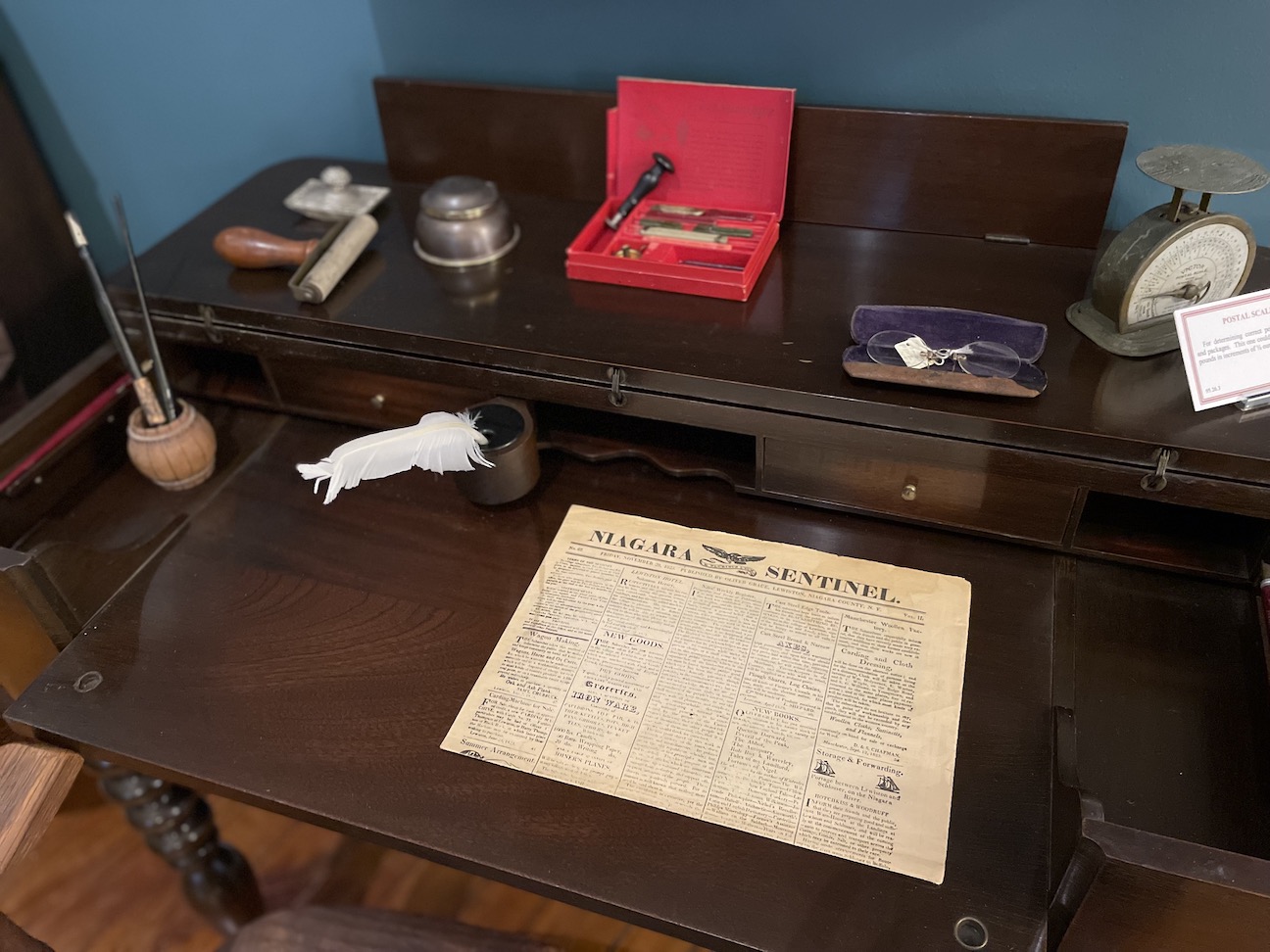