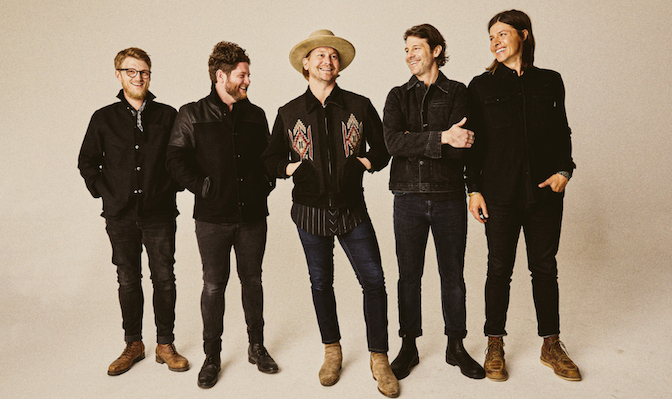 NEEDTOBREATHE takes fans 'Into the Mystery' with new tour

Whoever first said “silence is golden” surely didn’t imagine the 2020 global pandemic that shuttered, well, everything, to some degree.

But a lack of appointments, events, days in the office – adult clothes, for that matter – did have one unexpected and welcome benefit: It forced people to get creative.

Whether juggling child care, crafting social distance barriers or inventing new ways to efficiently deliver product to customers, we all had to reimagine the way we do things.

For South Carolina’s NEEDTOBREATHE, silence was a chance to create something special.

Speaking before a concert Tuesday in Ames, Iowa, keyboardist and vocalist Josh Lovelace recalled a particular period of production – what would eventually be chronicled in an album and documentary titled “Into the Mystery.”

“So, we finished our record ‘Out of Body’ – like literally the last note of recording for ‘Out of Body.’ I can't remember who got the notification, but somebody was like, ‘I think this thing called COVID is gonna be pretty bad,’ ” Lovelace said. “We all went home and had no idea when we were going see each other again, or what the record was gonna do.

“So, we finished the record and then, of course, the world kind of shut down. And so, we put the record out kind of in a little bit of a void, not knowing what was going to happen. … We put it out thinking that we might, hopefully, get to tour in the fall – and, of course, that didn't happen. …

“And so, we had a lot of time on our hands. We felt, after ‘Out of Body,’ really energized, and like more of a camaraderie than we've had a long time. So, we're like, ‘Let's just go do it again.’ So, we started writing some songs, and all tested in, and stayed at this house for three weeks together.

“(We) kind of quarantined together for three weeks and made a record called ‘Into the Mystery’ that we're proud of – and we think it's one of our better records. Not necessarily because the fans love it. I think some of them do. But for us, it was just such a moment in time – like, this will never be able to happen again. We're always on the road, or we're always working on the next thing; but just to be able to stop and know that there was nothing else in the world that we needed to be doing at that moment, and just to create together.”

Looking to bottle some of that creativity, so to speak, NTB is presenting these new songs via an acoustic tour. “Into the Mystery” heads to Artpark for a 7 p.m. show Wednesday, May 18.

“We've always loved doing the acoustic tour,” Lovelace said. “I've done it a couple of times, and it's always a fun time for us to sit down and kind of do almost like a storytellers kind of thing, where we're talking about the songs and where they came from. And we're all talking the whole night in our mics, and making jokes, and it's just like you're sitting in the living room with us talking about these songs.

“That is just really fun for us anyway, but I feel like this record, for sure, was like the perfect time to do it.”

Over the course of 20 years – not to mention a string of hit singles (“Brother,” “Multiplied,” “Happiness”), collaborations with Carrie Underwood and Jon Foreman, and tour dates with Taylor Swift – NTB has found success by bridging genres. AllMusic describes the band’s musical stylings as pop, rock, alternative, Christian, contemporary, indie, post and grunge. This has allowed the band to win favor with distinctly different music fans.

Lovelace explained, “Our fans kind of run the gamut. We always said that we want to be the kind of fanbase that anybody – no matter what you look like, or what you believe in, or what kind of music you listen to – there's something for you. You may not like everything that we do, and you might not like certain songs or whatever, but I think that, if you come, you'll see so many different kinds of people that are all kind of in the same boat. They just want to be a part of something big, and something that they can tell their friends about, and they can pass the records around.”

He added, “When we walk on stage, we don't necessarily know who we're going to be performing to, but we do believe that, through the years, we've hopefully helped cultivate and create this environment where everyone's welcome, and anyone can enjoy the thing for what it is – and have a good time doing it.”