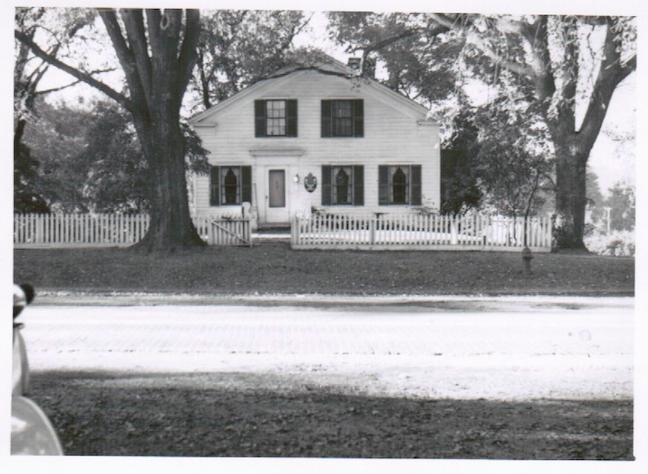 Always in pristine condition, this photo is from the 1950s.

Counting down to Lewiston's bicentennial: History of creativity at Center Street hangout

These articles have given the authors a renewed focus on early life in the Town and Village of Lewiston and, today, we learn of our first non-military medical resources in the entire area. Lewiston is very unique in the scope and importance of its personal history. We hope you are all enjoying the information and appreciating how special this area in which you live is.

Here is a trivia question for you. How many National Register of Historic Sites are in the village? If you want to guess, or just want to know, contact [email protected]. The grand prize is, “Thanks for playing.”

The site of one of the town’s most beloved cafés, at 703 Center St., the Orange Cat Coffee Co., is a building with a unique history in Lewiston. The building was built sometime at or before 1820 and was owned by Willard Smith, the second doctor in Lewiston, in 1825. He came to Lewiston in 1810, joining Dr. Alvord together in one office.

Being a doctor in the early 19th century meant he wasn’t afforded many luxuries that modern-day medical professionals have to aid them. On horseback, he had to cover an area from Batavia to Buffalo, and even extended into parts of Canada across the river. Oftentimes, this meant that there could be no physicians nearby for extended periods of time. Also, on Oct. 13, 1812, the two doctors of Lewiston would treat the wounded in the Battle of Queenston. By 1825, more doctors would be employed in the region, which made it easier for doctors to settle into their region. This most likely gave Smith the impetuous to buy a home of his own in Lewiston.

Another resident of this historic home is Bjarne Klaussen, a Norwegian consul and notable member of the Lewiston community. The various hobbies and jobs he took up successfully marks him as a renaissance man. This can be seen in him becoming president of the company he worked for, becoming a prominent painter in the area, getting silver metals with his father in skiing and sailing, and taking leadership roles in various Lewiston community associations.

A notable talent of Klaussen was his painting ability. He only began painting because he was bored waiting in a hospital and managed to use medical supplies to paint. Klaussen would use this talent to decorate his home and to help the community by painting the historic homes of Lewiston in his straight-forward but edgeless style.

The current site of the Orange Cat was also where a modern-day battle took place in the town. The battle consisted of the citizens fighting against the sale of the property to a gas company. This plan would result into the destruction of the house, so citizens banded together and raised over $16,000, accompanied by a petition of more than 1,000 names, to preserve the house.

This drive would save the building and result in a revived interest in historical Lewiston associations. Furthermore, it would push the local government to emphasize the preservation of historic homes in Lewiston. The house they saved was functional in architecture, but unique moldings around doorways and windows made by journeymen English carpenters creates a unique charm to the building. While the building may be a blip in history, it shows the importance of historic homes to the town and its citizens. 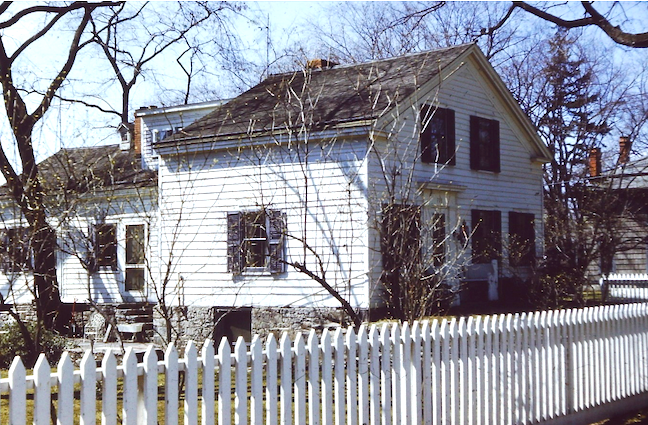 This is a modern but pre-Orange Cat photo of the “Bicentennial Home of the Week.”

Time is getting short. The committee is feverishly working out details for the four-day event, July 1-4. We are excited about the focus on our mutual history and sincerely hope you will join us for the entire weekend. You can help by reaching out to your personal cadre of former Lewiston residents and making sure they come home for the celebration – which will include a wide variety of music; dedication of the newly expanded and moved Alphonso DiMino Bandshell; a parade; the Potter’s Field Monument dedication; veteran recognitions; food, fun and frolic for the entire four days. The party will end with a Fourth of July fireworks presentation you will talk about for years. See www.Lewiston200.org.