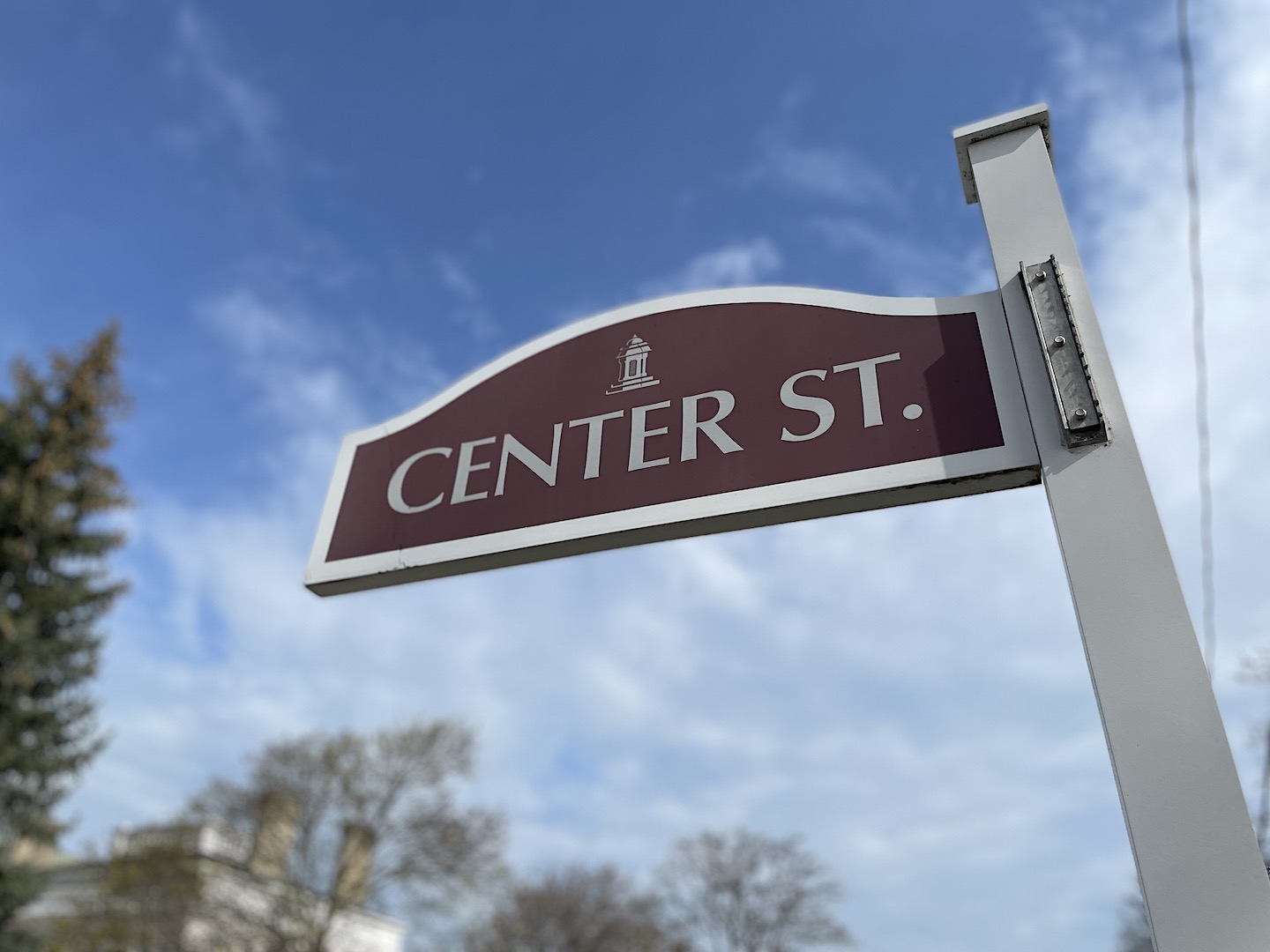 Road will remain open while work is underway

The Village of Lewiston announced the next phase of rebuilding Center Street will commence Monday, May 2. Milling is scheduled to take place for a week, followed by a week of paving.

Center Street will remain open to traffic, but there will be temporary lane adjustments and/or closures. In addition, on-street parking from Ninth to Fourth streets will be extremely limited – if not altogether prohibited – as construction work will take place from curb to curb.

Mayor Anne Welch said, “Nothing is going to be shut down.”

Lewiston Police Department Chief Frank Previte said, “As far as enforcement or monitoring, they, obviously, set up whatever their traffic pattern is going to be for the day. And if they have an issue, they're going to put the information out. We're also going to put something out on our signs to try to educate the public, as well, to let them know what's going on. But if they get an issue where something's in the way, then we'll try to contact an owner and get them to move it. If not, then it'll have to be removed.”

This project is funded by and under the supervision of the New York State Department of Transportation. NYSDOT is using Alden-based Concrete Applied Technologies Corp. The Tribune/Sentinel reached out to CATCO for further details, but no response was received as of press time.

To this point, crosswalk bricks have been removed, and underground electrical infrastructure has been adjusted in anticipation of new traffic light holders. Additional steps to be taken include replacing curbs and installing new street and speed limit signs. In addition, the large “Welcome to Historic Lewiston” marker – and the DOT directional on its backside – will be removed.

Welch said she requested street construction be finished by June 1, so as to not interfere with summertime events or festivals. 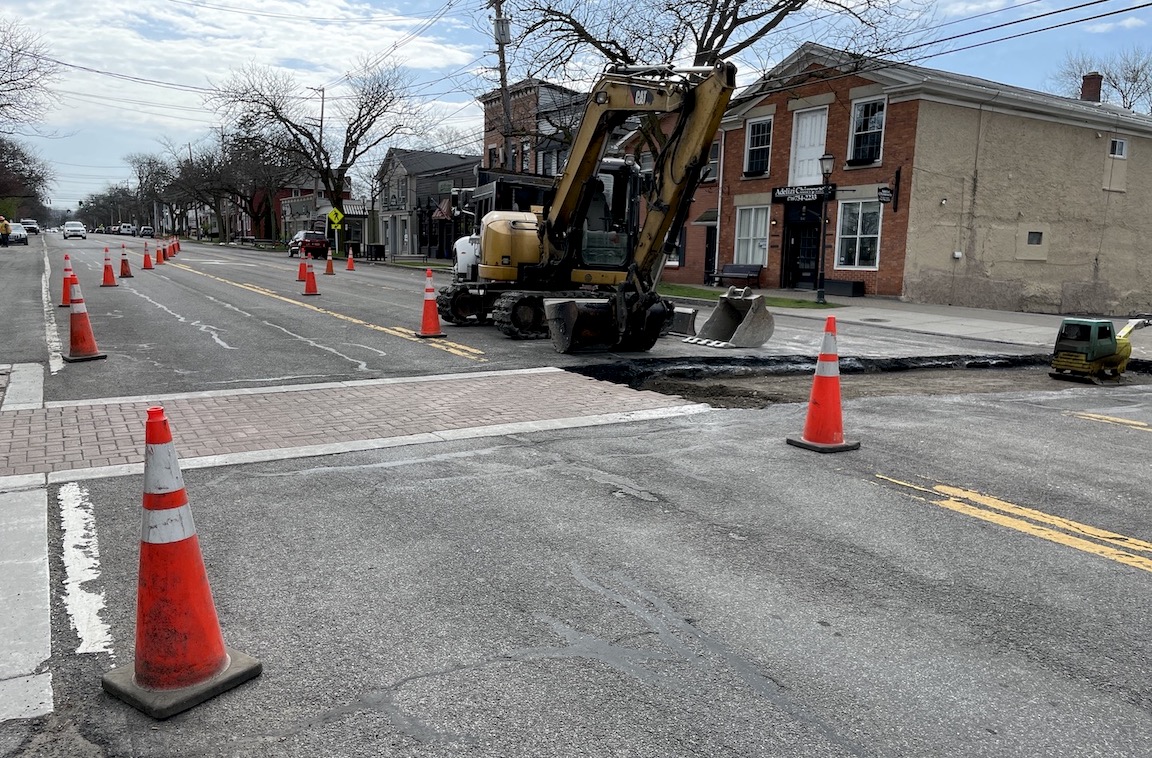 Laborers continued removing crosswalk bricks on Center Street this week. The roadway renovation project will take its next step Monday, when milling is scheduled to begin. 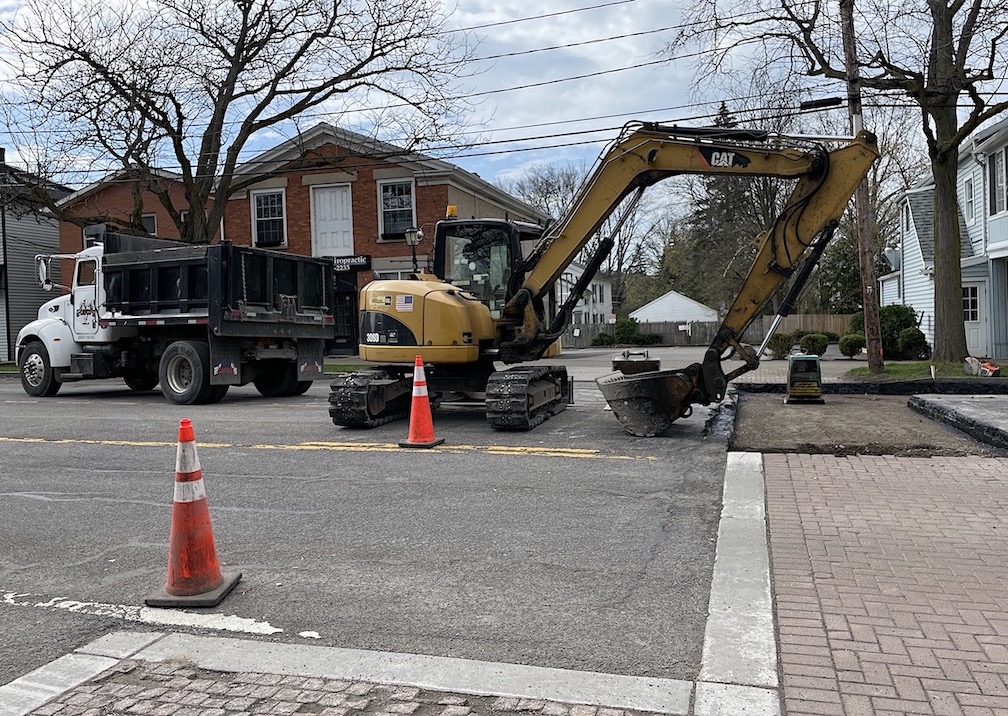 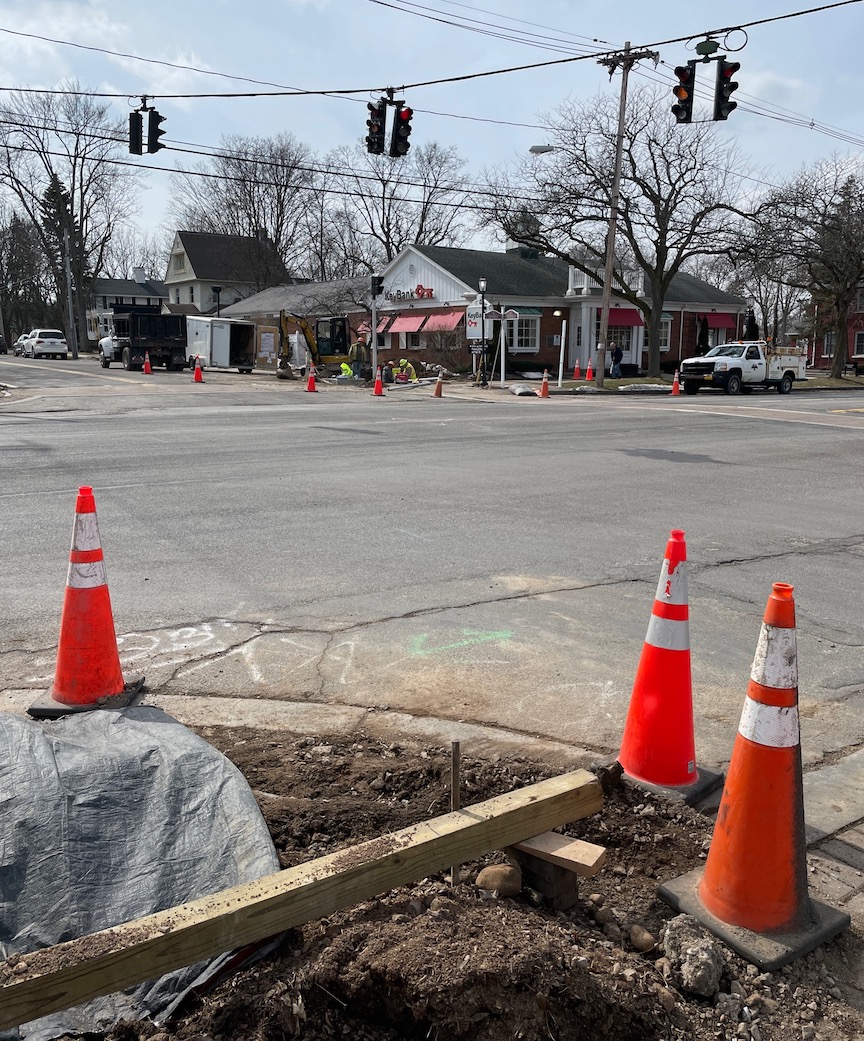 May ‘Big Pick-Up Week’ for Village of Lewiston

The Village of Lewiston announced Monday, May 2, through Friday, May 6, will be “Big Pick-Up Week.” Residents can dispose of:

√ Appliances (refrigerators and air conditioners must have the Freon removed)

√ Brush (branches and trees – not to exceed 6 feet in length; place brush parallel with road edge)

Residents are asked to separate brush, garbage and metal items. If a contractor does the work/service, the contractor is responsible for the removal of the waste.

Electronics (televisions, computers, monitors, etc.) will not be collected.