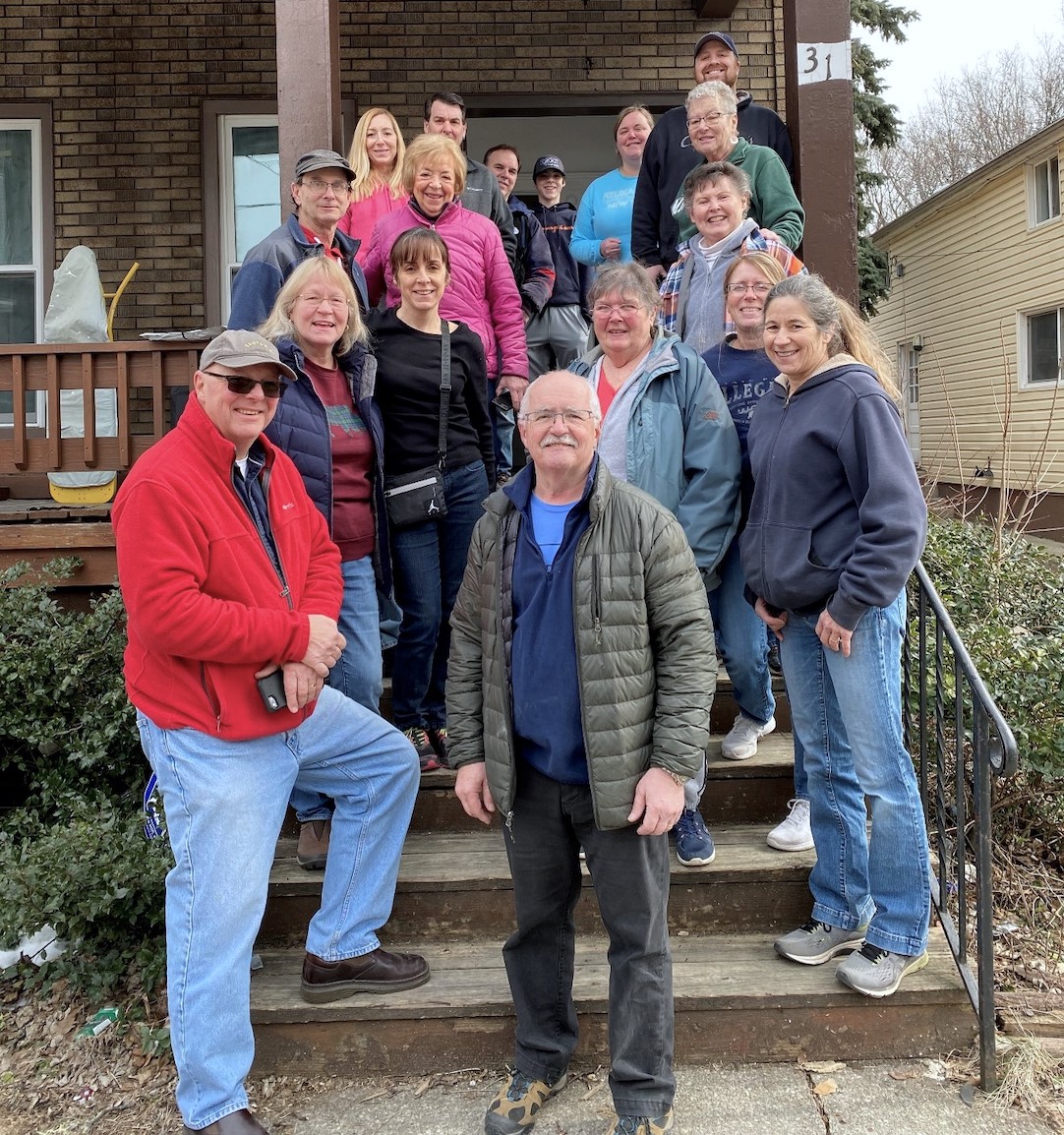 Members of the Rotary Club of Grand Island and Trinity United Methodist Church extend a heartfelt, sincere thank you to all Islanders and friends who donated items to the recent “Home Again” program for a refugee family of nine from Afghanistan who recently moved into a fully furnished Buffalo apartment.

Andy Cammarata, director of outreach and volunteers for Journey’s End Refugee Services, was responsible for coordinating the detailed volunteer and donation program. Journey’s End was notified of the families coming to Buffalo and they secured apartments while notifying interested groups with specific items needed to create homes for these families.

The Island volunteers never met the new occupants, but knew they were a family of seven who had fled Afghanistan. They arrived in the U.S. and lived for months on an Air Force base, where the mother gave birth to her youngest child. From there, they moved into a hotel for three months, where they remained until their home in Buffalo was ready.

“Once the list of items was communicated to our congregation, people became very excited about helping. Even non-members meeting in the church saw the information display and volunteered to contribute items, as well. We were able to complete the collection in about a month,” said Larry Fetzer of Trinity.

Sherry Miller, the Rotary Club president and a Trinity parishioner, said Rotary experienced the same reaction. Both organizations coordinated volunteers to lead a caravan of vehicles to an East Side apartment on a cold and rainy Saturday, March 26.

“Service Above Self” is the Rotary International motto, and this volunteer effort certainly exhibited that for the Rotary and Trinity volunteers who had five hours to turn a vacant, dirty apartment into a home for a family of refugees moving into a foreign city.

“We were not given much time to complete the task of thoroughly cleaning the home, moving in all of the furniture, setting up the kitchen, bath and bedrooms, hanging draperies throughout, and maybe a few pictures and accessories to make this a welcome retreat for this family,” explained Diane Garey, who organized the effort for the Rotary Club. “We had awesome volunteers.”

“We worked quickly, and efficiently, because time was of the essence. The kitchen and bathroom were actually in nice shape, but the floors were rough – especially for the little feet of children. We were so happy we had brought several area carpets for the floor,” Garey said. “The room requiring the most work was the pantry. We all worked in there. It was filthy and we had to scrape off the old paper and paint. Sherry (Miller) painstakingly cut piece by piece of new contact paper to fit the unusual angles and Sue Moltrup and Michele Pratt glued it down as others placed hundreds of items in there that needed to be stored. In the end, it looked cute and inviting for the family.”

She added, “Rooms were cleaned from top to bottom in time for our volunteers who arrived with the moving van. They slowly moved each heavy piece up – stair by stair – into each room. The University at Buffalo Rotaractor students were awesome! They worked with us, side by side, completing each task that was given to them. As the clock was ticking, it was such a relief to know the group from the Grand Island M&T Bank branch would be joining us in the afternoon after working at the bank in the morning.

“Once the furniture was moved in, the activity level did not let up – four volunteers moved to the kitchen to thoroughly clean and unpack the donated or purchased kitchen wares. Draperies and artwork were hung, tables put together, pillows fluffed, and some final touches were made. The M&T group jumped right in with the guys setting up an electronic basketball game for over the door in the boys' room.

“It was hectic, but we were all excited at the way things were coming together and happy that we could provide an inviting home environment for this family.

“Finishing touches included toys throughout the bedrooms and playroom … something to catch each child's eye when they came into the apartment the first time. Bright-colored toys with sounds and a wooden train set, a doll and several stuffed friends, a tabletop air hockey game and other games for the children to enjoy with their parents. Everything needed to be simply understood without directions, because we did not know if the family spoke or read English.”

“As we laid down the area carpets and finished closer to six hours later, instead of five, there were many comments about the look of the apartment, how cozy it was, and how the volunteers could see themselves living there. That was exactly the outcome we all were looking to achieve,” she added with a sincere sense of pride. “The reason we were able to achieve that was because the goal of each and every volunteer that day was to turn that apartment into a home for the family from Afghanistan. Months of preparation went into making this happen. During my career, I have worked on many volunteer projects, but I can honestly say this is the highlight.”

“We later found out the family arrived the next day and the children went right to the toys,” she added with a smile.

Cammarata, of Journey’s End, was ecstatic when he saw the furnished apartment.

“We were so grateful to partner with the Rotary Club of Grand Island and Trinity United Methodist Church on our ‘Home Again’ program. Both groups collected all the items needed, and they lovingly prepared the apartment to truly make it a beautiful first home in WNY. This gives our families a firm foundation to launch their new lives and feel welcome in the City of Good Neighbors!” he explained. “The transformation was stunning.”

Trinity’s Fetzer added: “By the time the team completed cleaning and moving furniture in, everyone felt we had made it a better, new home for the Afghan family.

“Though we are focused on helping someone else, I find that these mission activities are enormously personally satisfying. The team made new friends, made some new experiences with old friends, and we all felt that we were moving God's grace a little further in the world." 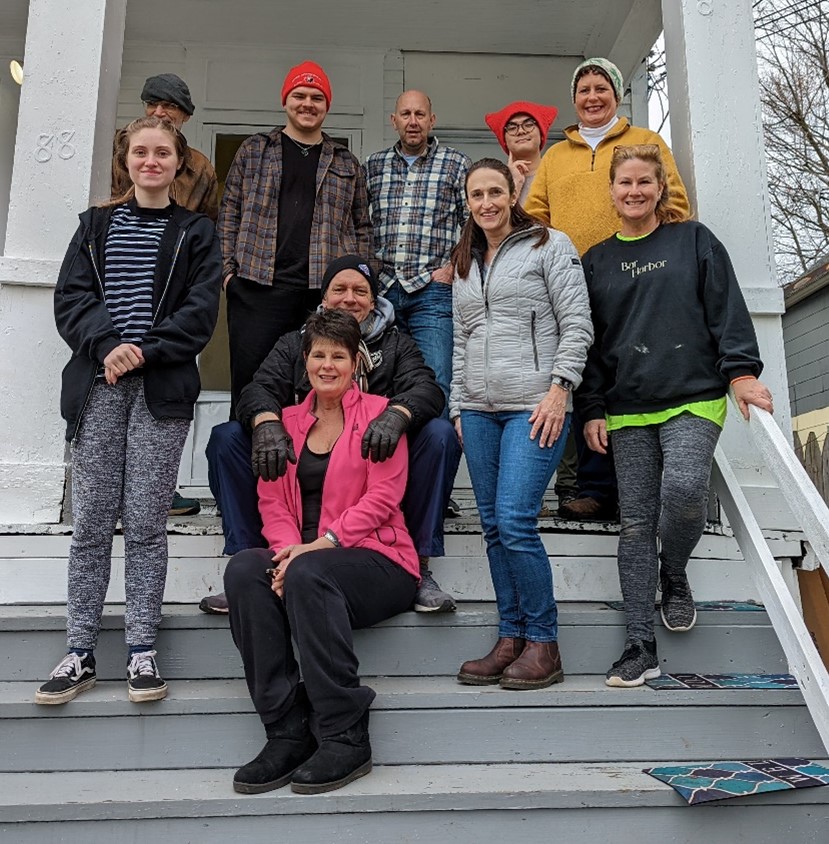