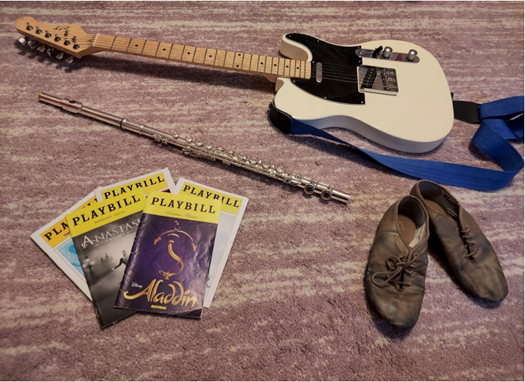 For five decades, the Niagara Post Theater in Old Fort Niagara State Park sat unused, until a group of local theater enthusiasts led by Dave Graf saw something in it and decided to take action.

The Post Theater was built by the U.S. government as a movie theater for the soldiers and families of Fort Niagara back in 1931 and only operated for 30 years. In 1963, it was shut down, as the army base was becoming a state park to help support Historical Old Fort Niagara.

It may have taken a few decades, but Graf was the one to find his way to the currently 91-year-old theater. The journey started with Graf looking for a permanent space for his daughter’s company, Teal’s Niagara Theater. Amy Teal wanted a designated space to hold TNT’s productions without having to rent from various places all over Western New York.

This idea for a permanent space ended up evolving into a much-broader hope and vision for the Youngstown community, because other local theater enthusiasts all voiced their concerns over the lack of workable spaces for the presentation of performing arts. A group started to form for this cause, and a goal was developed to have a space for local entertainment, assembly, education and community.

Looking for a Place

Even though the first facility idea fell through, it did establish a framework and local support for the concept of a multiuse theater. Not long after, the Niagara Post Theater was brought to Graf’s attention. He was the one to check it out and saw the potential the space could bring, so he decided to take action.

During 2018, Graf was consumed with putting together a proposal for consideration by New York state for a 20-year, rent-free lease under an adaptive reuse incentive. After the proposal was reviewed by the New York State Office of Parks, Recreation and Historic Preservation – and lease negotiations were worked out – the lease on Niagara Post Theater was signed in April 2019.

Unfortunately, not long after the lease was signed, it was discovered severe deterioration occurred to the roof, because of age and weather. Immediate repair was required.

The estimate came to around $120,000 to help refurbish the roof, along with the basics of cleaning and stabilizing the theater. Luckily, in September of 2019, a $120,000 Niagara River Greenway Commission grant was secured, and a majority of the work was completed by December 2019.

Throughout the roof refurbishment, Graf and a newly formed board continued to research and apply for grants, as the estimated budget for renovations was $2.5 million.

Unfortunately, the coronavirus pandemic hit not long after the roof repairs, and caused a big halt in progress. When things started to let up, Graf and the board decided to hold a virtual concert in June of 2021, but it was deemed a flop after breaking even on the money they put into it. Other problems occurred, too.

Later in the summer, Teal’s Niagara Theater and Youngstown Community Theater decided to collaborate and put on a show to help fundraise for the Post Theater. The two local companies staged an outdoor production of “The Wizard of Oz” in August. The show was considered a success, with having received good publicity for the Post, along with having raised around $6,000 in donations.

With only having put together two fundraising events, the board continued to pursue grants. Graf is currently creating a proposal for a Ralph C. Wilson, Jr. Foundation grant to help pay for a majority of the renovations. The foundation has five different types of grants. The one this group is going toward is the active lifestyles grant.

“So, there’s a trail that they’re sponsoring called the Shoreline Trail that runs from Buffalo up here; we’re on it,” Graf said. “So, that’s one of the criteria; it’s really good. Same thing it’s on the Greenway Trail, it’s also on the Seaway Trail. So, all these different foundations of stuff, like Ralph Wilson, have certain areas they target, and a lot of them are at risk in quality of living, activity.”

Graf and the board are working hard and are eager to get the Ralph C. Wilson, Jr. Foundation grant in the immediate future, but they are also actively working toward Grigg Lewis Foundation and Niagara River Greenway grants, as well. Graf predicts, once they receive enough money, the theater will take about 18 months to two years to be completed.

Currently, Graf and the board are trying to continue renovations, but a big obstacle they are facing is the complications with hiring contractors and accepting volunteers. Since the theater is on state property, certain requirements must be met for workers and volunteers.

“I can take volunteers, but … they have to be certified in lead handling,” Graf said.

Teal mentioned that, for contractors, “all these contracts have to be bid out … and they have to be approved workers.”

Graf noted, “They have to pay prevailing wage, which is union-wage plus 40%, and it has to be certified. So, the contractor has to have what's called a certified payroll for the state. On top of that, if I disturb anything outside, it has to be bonded to completion. So, the minute I start breaking ground, the contractor has to have a bond that, if he doesn't finish it, the bond will pay for it; and that's really difficult to get.”

Despite the challenges, this is not holding anyone back. Graf, Teal and the board are all looking to make a jumpstart into phase one of their proposed three-phase plan. More information will be posted on the Niagara Post Theater’s website soon.

It’s an ambitious project, but everyone is all in.

Looking to the Future

Graf, Teal and Niagara Post Theater board member Claudia Andres all have big hopes and visions for the future of the theater. Andres is a teacher and choral director at Wilson High School, a local musician and a community theater enthusiast. She mentioned she wanted to renovate the Post Theater back in the ’80s, so she immediately wanted to join the effort when she discovered Graf was pursuing it.

Andres said she is very excited for the theater to be utilized in a multitude of diverse ways when it is finished. She views it as a space for anyone to take advantage of.

“Just about anything that could possibly go in there,” she said. “So, lectures, movies, dance recitals, classical recitals, jazz groups, rock bands, musical theater, dramatic theater.”

Teal even has thoughts about who could take advantage of the theater when completed.

“You have people from all over the community, Thom Conde band was in here, Jamie Holka, all those guys that did that concert … and I would imagine those are all acts, the Thurman Brothers, those are all acts that will want to be putting things on in this space when it's able to host an audience,” she said.

Graf explained his hopes for the theater best by calling it a future “entertainment toolbox.”

Andres, Graf and Teal all view the future of the theater as a way to bring the community together and be a space for everyone.

“This whole thing started because of our passion for theater and what it can do, build young people and build communities,” Teal said. “One of the things that you know I loved seeing about ‘The Wizard of Oz,’ especially, was how it brought like this entire community together. From our youngest being, I think, 6 or 7, all the way up to Dale who played the wizard … that was really special.”

There is plenty of work to go for Niagara Post Theater, but the board and local supporters all have bright outlooks for it, and they are looking forward to what the theater can be for the community.

Andres was able to really paint a picture for the theater: “This is, by far, one of the most beautiful areas in the United States. … The sunsets, the beauty of the river going into the lake. It really is an untapped gem; and to have a small theater that could host anything you can imagine, I think, how do you lose?”

To learn more about Niagara Post Theater and ongoing renovation plans, visit www.niagaraposttheater.org or email [email protected] with any questions.