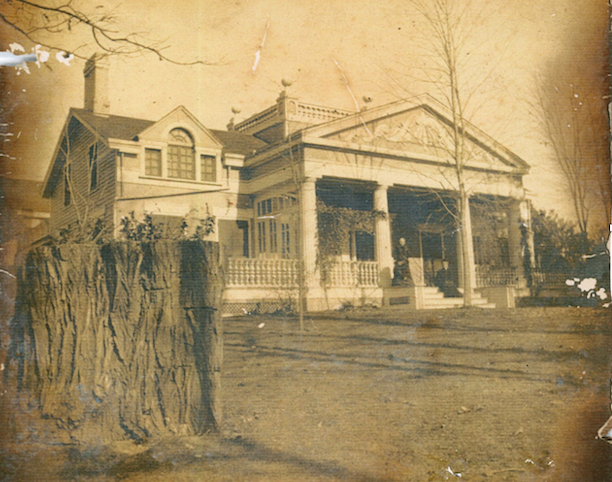 This undated but early photo of Barton Hill shows the ornate decoration over the west entry. Look at the Niagara Crossing Hotel and see the simulation added to that when first constructed as the Barton Hill Hotel.

Counting down to Lewiston's bicentennial: Backstory behind Barton Hill

Now through the month of June, the Historical Association of Lewiston and Lewiston Bicentennial Committee will team with Niagara Frontier Publications to highlight news, events and features commemorating Lewiston’s first 200 years. These exclusive pieces will count down to a grand celebration, scheduled to take place July 1-4, 2022.

I want to thank the several people who have gone out of their way to tell me they are enjoying these bicentennial articles. The Historical Association of Lewiston has been focused since 1973 on bringing Lewiston’s unique historical significance to the awareness of our citizens and our visitors from around the world. These articles will run up until our bicentennial celebration on the weekend of July Fourth this year.

Today, we turn our attention to one of our most remarkable properties, owned currently by past HAL President Diane Finkbeiner and her husband, Ed. They continue supporting our efforts even from afar. Thank you, Diane and Ed.

210 Center St. is a house most people refer to as the “Barton House.” Originally built in 1807, it received damage during the Battle of Queenston Heights and was, a short time later, burned by the British in December 1813. Following the War of 1812, the owners returned and rebuilt the house we now see, in 1815, on the original foundation.

When the original building still stood in 1812, it was used as a headquarters for the military and artillery because of its great view over the Niagara River. The original builder and resident was Benjamin Barton, who served during the War of 1812 as quartermaster. His ledger book for the preparation for the Battle of Queenston Heights is on display in the Plain Street Museum.

The house’s construction in 1815 turned it into a 13-room mansion with an incredible view of the Niagara River thanks to a widow’s walk on top of the building. Benjamin Barton, a major patron of Lewiston and a partner in the Porter-Barton Portage Co., had the house built to oversee his trade company.

The architecture of the house is Greek Revival with Federal and Colonial features. A French architect, who made only three staircases in America, designed and constructed the cylindrical stairway with a skylight. There is a prominent pre-Victorian fireplace and a balustrade porch typically found in Colonial architecture. Above the porch is a graceful carving that is sure to catch the eye of any visitor or passerby.

Of particular interest within the building is a tunnel in the kitchen trapdoor that used to lead to the Niagara River. This is believed to have been part of the Underground Railroad, but the tunnel has since been filled in. This is juxtaposed to the north wing of the building, which was originally a slave servant quarters. This makes it one of the only standing buildings in the vicinity with a section dedicated to slaves, because slavery was abolished in New York state in 1817.

Barton, who also constructed the Frontier House and brought stage routes into the village, is one of Lewiston’s best known founding fathers. When our museum opens in June, we have a wonderful surprise for the community, which will focus on the Barton family and all they did in the village and township. Stand by for more news. 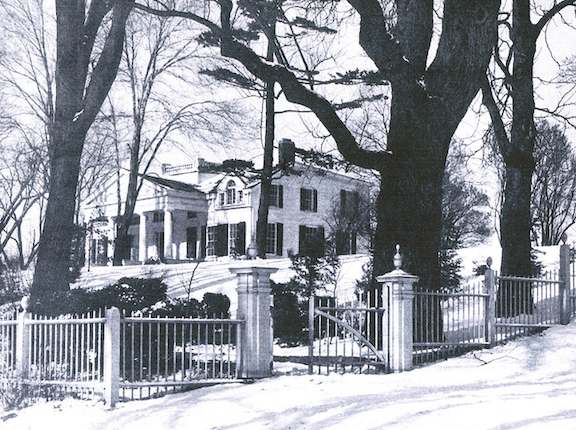 A winter view from Center Street of “Barton House.”

Visit www.Lewiston200.org to see sponsorships, schedule of events, and contact us for more details anytime.