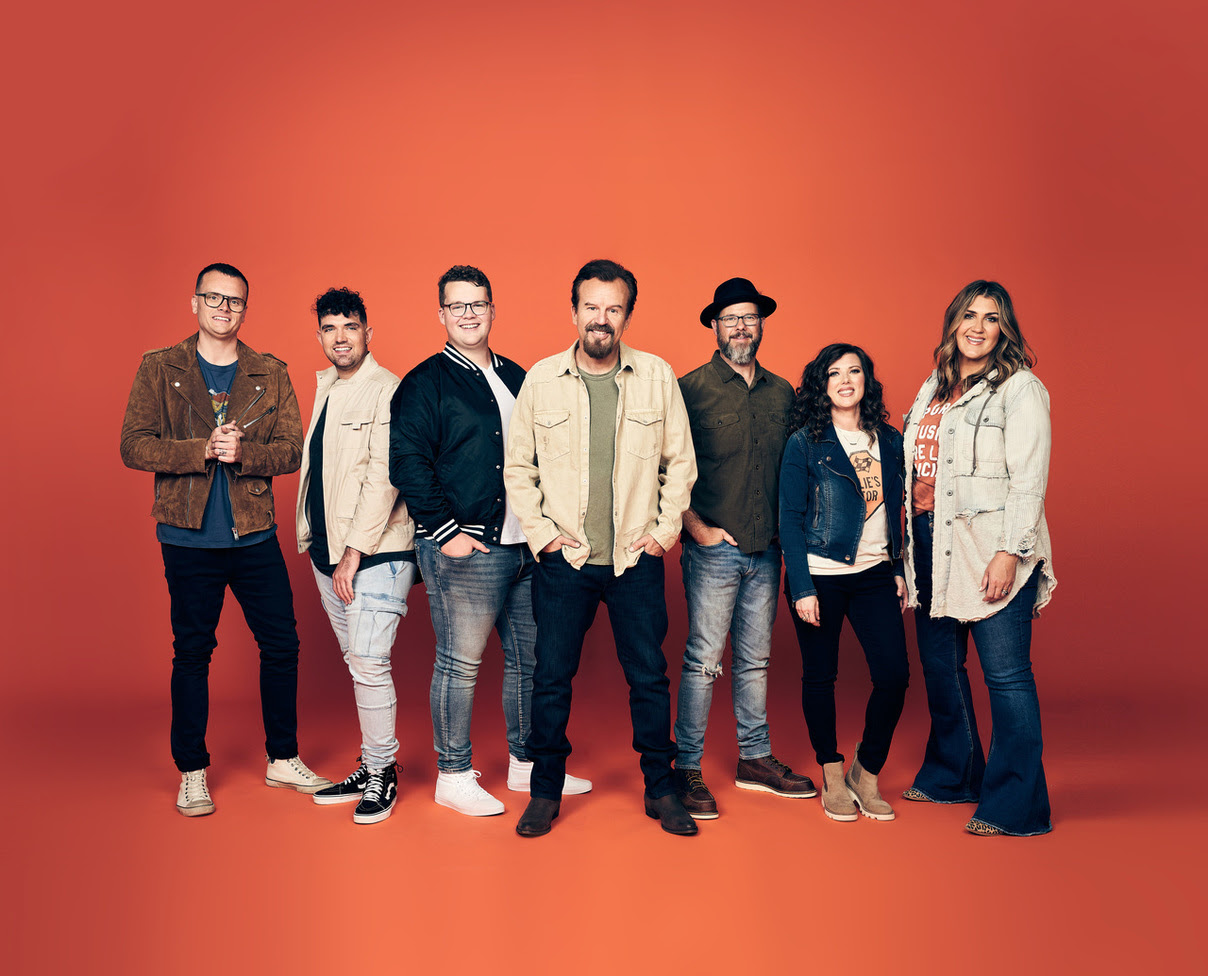 Batman is all the rage these days – and you can find him in everyday people.

No mask or cape required.

The Casting Crowns frontman is a youth pastor by day – let’s call that his Bruce Wayne stage – working behind the scenes without much fanfare to make a change in the lives of those around him. But at night, he’s a multimillion-record-selling rock star, with the rapt attention of concertgoers around the world fixed on him – that’d be his Batman phase.

When presented with this fact, he laughs and says, “There's not a whole lot of rock star happening on this end of the phone, bro. I'm just holding on for dear life.”

Uh huh. Just what Bruce Wayne would say to keep people from sniffing out his alter ego.

In fact, like the famous DC Comics philanthropist and superhero, Hall uses his dual personas to achieve a singular goal. For Batman, it’s cleaning up the streets of Gotham. Hall’s objective is leading others to Jesus – a man he calls the “Healer.”

Hall and his Grammy Award-winning seven-piece band will share songs and stories from the record when they headline a concert Friday at the Chapel. Of course, fans also can look forward to hit songs such as “Only Jesus,” “East to West,” “Lifesong,” “Praise You in this Storm” and “Just Be Held.”

This is the first of two concert appearances with Kingdom Bound this year. Castings Crowns will lead night three of the ministry’s four-day festival July 26 at Darien Lake.

Hall spoke of Batman, Jesus and Buffalo in a recent interview with NFP. An edited Q&A follows. 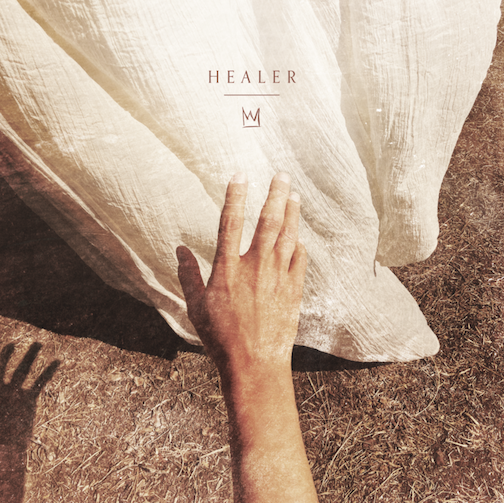 Q: In as much as you might not say you're a rock star, you are in a very successful Christian music band – and your new release has been very successful – as have all of your past releases. You sort of have like this Batman thing going on, right? Where part of you is doing the Bruce Wayne thing – and I know you're very involved with your church, and with youth. But then you've got the Batman thing, where you're going out and you're rocking these big stages and these arenas all around the world. You know, on one hand, it seems like two very different lifestyles. But, I guess on the other hand, you could also say they're maybe more similar than one might imagine – because they sort of have the same goal attached to them.

How do you view these two jobs you have?

Mark Hall: Well, for me, the songs that I'm writing are coming out of what I'm teaching and pouring into students at our church. So, if I wasn't at church, I wouldn't be writing these songs.

When you are loving on families, Sunday through Wednesday, you're walking through real-life stuff – real-life struggles. And when you're a believer, you have hard days, and you have tough feelings, but then you have to go to God's Word. Let him tell you the truth about those feelings. So, that's what I'm walking through all week long with teenagers, parents.

And early on, I really didn't know how to teach; I was still learning; I was like, 21, 22. So, I would find Christian music that pointed people towards scripture, and I'd sing on the song. And then I'd show them the verses that they came from. And that's how I would teach my lessons, until finally I actually started writing my own songs.

I started singing on these songs just about what was going on at the time. And then I'd shown them the scripture. So, there's really not one without the other.

And I think it's the fact that we're in the church every week with people who aren't impressed with us. I mean, I've been at that church 20 years. So, when I get off the tour bus and walk into church, they're just like, “Oh, hey” (laughs). It's just normal.

And if anything, being at the church is more normal, so, when you do get out to the world and see people – and they're excited to meet you – you have a good perspective. You get it; and you realize, “Hey, they're excited because God's connecting with them through a song that he let me write.” And that's the way I need to see it. And that's how it stays balanced.

Q: Another thing that connects your two jobs is the past two years, and the fact that, of course, touring was very challenging – but also attending church was very challenging. You had a lot of tour dates I'm sure you had to scrap because of different safety precautions. And I'm sure there were issues with church, as far as doing it in person or virtual, and masking, and the whole thing. Tell me how you've navigated the past two years, because, as I said, it's not just one area of your life that was affected, it was multiple areas.

Mark Hall: Well, it was really tough, because we had just started a tour. We were about two to three weeks in, maybe just two weeks in, and we're in like New Jersey, and then everything shut down. All touring just ended, and everybody went home. So, on a touring level, it was devastating for anybody that their career depends on public events. That was tough for everybody in the industry.

And then when I got home, I had to try to be a pastor to families that I could not get to. And that could not come to church. So, everything just turned upside down.

And I really feel like it was, in a lot of ways for the church, probably the best thing that ever happened to the church. Because, for so long, churches just rely on buildings, and they're like, “Hey, come to us, and we'll talk to you about stuff.” Instead, we couldn't invite people to come to a building. We had to get to them. And we had to get out of our boxes and think differently and do things differently.

And I think it was just, man, as traumatic as it was – and as tough as it was – I think any time the enemy tries to use something for bad, God uses it for good.

Q: Tell me how that is reflected in “Healer.” It seems like, based on what you've said about the album, that it really comes down to the fact that there's no person or place or thing on this earth that really has the answer, as much as we need to be looking above for the answer. How did these things work their way into your new album?

And when you listen to somebody's story that says something like that, usually, you will hear some point in their story where they really needed God to show up a certain way. And because he didn't show up the way they want him to, they started thinking maybe he just didn't show up.

And it happens that way with healing. You know, we feel like, “All right, this is my relatives that’s sick; this is my child that’s sick, and I need the healing to show up this way.” And there's been times in my life where God showed up just like I pray that he would. But there's also been times when God showed up a different way. And sometimes when God shows up a different way, we start thinking maybe he didn't show up.

And so, what these songs are, is it's just reminding us God is always working – even if you don't understand how he's working. And he's always here, even though you don't feel it today. You can't go by how you feel today. You got to lean into who you know.

So, what does healing look like in all these situations? And I think a lot of times, you know, when you look back at the Old Testament, you read all these crazy stories of these people who follow God and then, all of a sudden, decided to just make a golden animal and worship it. And we think, “That's nuts. Nobody would do that.” But what they were really doing back then is they were saying, “We want a God that we can roll in when we want him, and roll away when we're done.” … They didn't want to be ruled, they just wanted someone to be there when they needed him.

And that sounds like us today. You know, we want love, we want unity, we want peace, but we don't want a king. And so, what we're trying to remind (people) of is Jesus is love. Jesus is unity. Jesus is peace. So, instead of looking at Jesus as this person who's going to give us this thing that we need, we've got to start seeing Jesus is who we need.

Q: Of course, you’re going to bring new songs to Buffalo when we see you. You're coming back this summer for Kingdom Bound. To have you in concert twice in a six-month period is awesome. What do you like about this market? What makes it a special place to come and play?

Mark Hall: Man, the best thing about it is families. And any time that you see families coming together, singing together, listening to the same music together, when does that happen?

We did about 80 cities, drive-in theater tour, during the shutdown. And you just see it in people's faces everywhere we go, is that, “Man, we need this. We need to hear each other sing; we need to be poured into a little bit. We need to be reminded of the truth.” 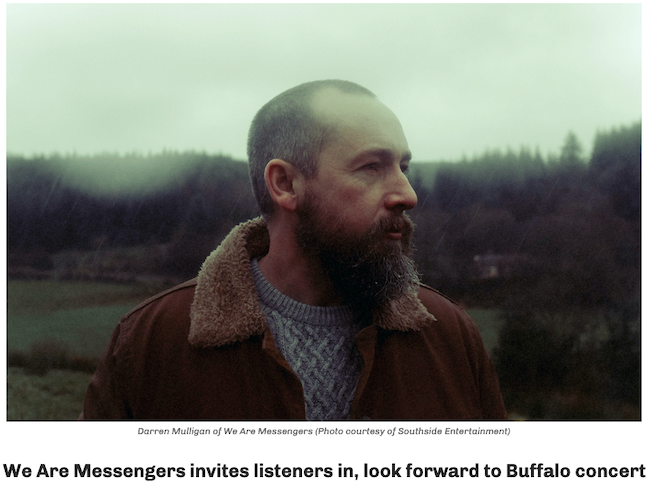