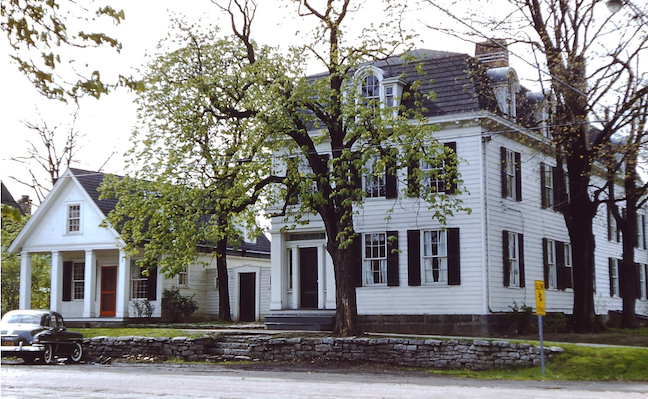 An undated photo (check out the car) of the Long House and the Short House.

Counting down to Lewiston's bicentennial: The Long and the Short of it ...

Over the next five months, the Historical Association of Lewiston and Lewiston Bicentennial Committee will team with Niagara Frontier Publications to highlight news, events and features commemorating Lewiston’s first 200 years. These exclusive pieces will count down to a grand celebration, scheduled to take place July 1-4, 2022.

This is the fifth in a brief series of articles providing some insight into the homes in our town and village, which were already erected when the Village of Lewiston was incorporated in 1822. This one is a natural follow up to last week’s discussion on a closely related construction, 535 Center, now DiCamillo’s Bakery. That was once Calvin Hotchkiss’ store.

The Long House and the Short House of Lewiston sit next to each other on Center Street, 505 and 515 respectively. These two buildings were built by William Hotchkiss and his brother, Calvin, sometime between 1815 and 1817. They were able to build such a big house because they took advantage of a government program to aid those hurt by the War of 1812 called the “Relief Act for the Sufferers on the Niagara Frontier.”

The Long House, which William used for his home, was 128 feet long, counting the carriage house; and the short house was a smaller structure he used for his law practice. Hotchkiss would become one of the town’s first lawyers.

The Hotchkiss family would live in the Long House for over a hundred years. The various architectural themes contained within the buildings are Georgian, Greek Revival, Federal and Italianate. Of particular note are the mansard roof and the Palladian windows, but the age of the building is really seen in the hand-hewn beams that still show cut marks from axes and the wide plank flooring of pine and chestnut.

Another notable feature is the indoor bathroom system found within the Long House. This 19th century contraption used a unique pulley system to carry the “night soil” to the yard where it could be sprinkled with crushed limestone to get rid of unpleasant matter and odors.

For a while, the Long House was home to the Lewiston Library, but both houses have since become places of private business. Currently, the Long House is home to Howard Hanna Realty and the Short House to Alternative Chiropractic.

Two similar views from the rear garden area, on the left in a state of disrepair, on the right a current image.

The Bicentennial Committee has been hard at work preparing for a grand celebration, and we encourage all current and previous Lewiston residents to plan on spending the entire weekend with us in celebration.

On April 30, we will hold a Chiavetta’s chicken barbecue sale at Lewiston Town Hall. Tickets will soon be for sale. Details will be available soon for getting in on this delicious meal and supporting our efforts.

Please consider becoming a sponsor for the celebration. There are sponsorships at many levels for individuals, families and businesses. We need your help to make this a huge success.

To learn more about the bicentennial, see who is involved and to learn about sponsorship opportunities, please visit www.Lewiston200.org. 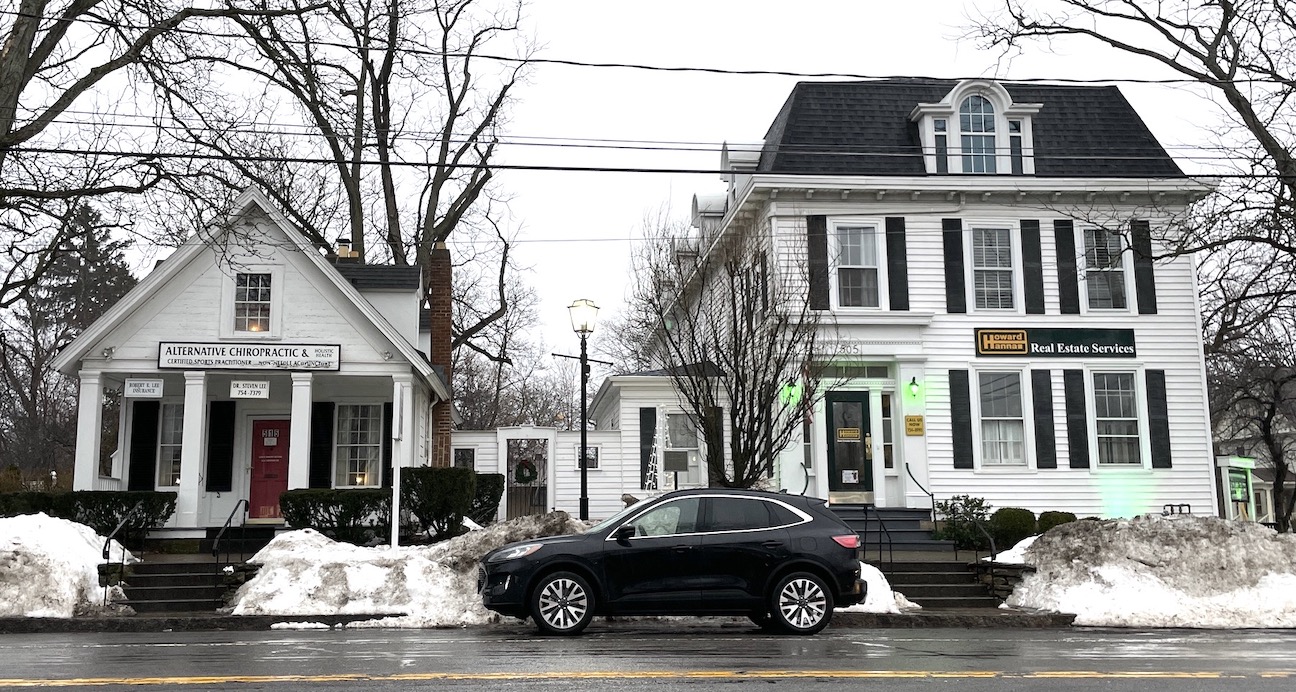