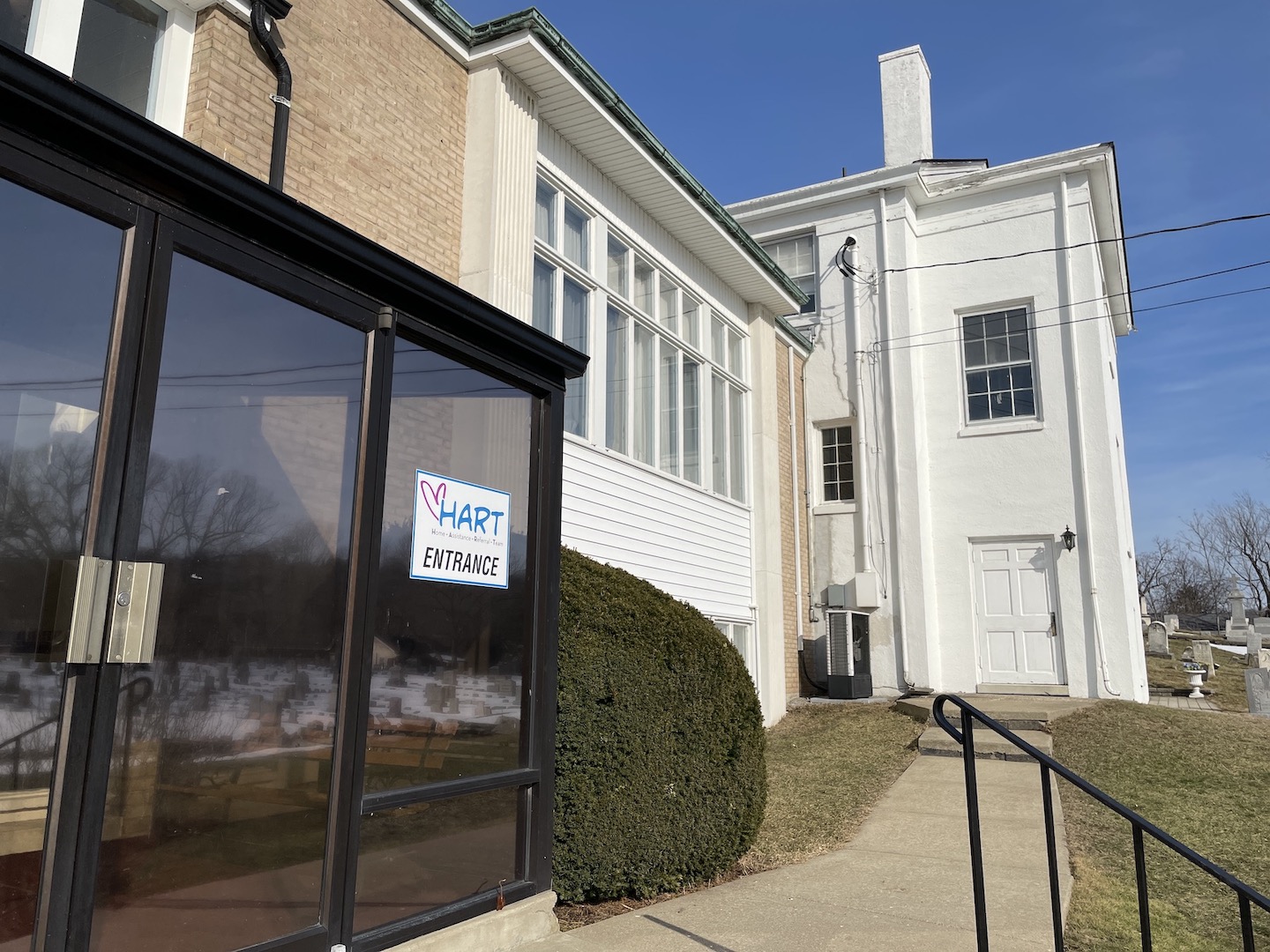 As many already know, Lewiston has become home to some dynamic organizations over the years. Groups such as Kiwanis, the Rotary, Lions all come to mind.

But did you ever hear of an organization called the Home Assistance Referral Team?

Better known as HART, this unique organization has called Lewiston home for some 40 years.

Headquartered in the First Presbyterian Church on Cayuga Street, it serves as “a nonprofit organization whose mission is to enable the most vulnerable members of our community to maintain a quality of life and remain independent in their own homes by connecting them with qualified and affordable help.”

Simply put, the focus is to help folks from all walks of life – from seniors to the disabled to those recovering from a major health event – to better handle their own affairs and maintain independence.

As noted, HART is observing its 40th anniversary in 2022. The organization has a rather interesting history, as HART board chairwoman Patricia Berggren, a long-time Lewiston resident, recalled.

“The ’70s and early ’80s, there was a real swing in this Niagara area,” she said. “A lot of the plants were moving out or cutting back on Buffalo Avenue, and we began to see a real downturn in employment opportunities – which also meant the boomerang effect on that was when a lot of kids were going away to college out of the community they weren’t coming back. They were finding opportunities elsewhere, and yet they had parents or grandparents or whatever who were aging without them.”

Berggren said many in the Niagara community began to see this as a problem that needed to be addressed. And so, the leaders at the time – those in business, in government and elsewhere – began to go to work. While HART operates as a nondenominational entity, a close working relationship with the First Presbyterian Church of Lewiston soon developed.

“Rev. Dr. Paul Moore was the minister of this church at the time. And he was a very forward-thinking, fabulous man,” Berggren said. “He coalesced a real diverse group of community leaders – Dr. Merle Dyster, Dr. Maria Correa, the mayor of the City of Niagara Falls, some businesses … some of the banks in town. And all the way down, communities, folks that were involved in the community. And they came together and he presented a grassroots model of establishing an all-volunteer – no one was paid at that time – organization that eventually became known as HART.

“And we are carrying out that exact mission to this day, that we are a referral agency that matches caregivers with folks who have needs. Many of them who are elderly. But it’s started out of that concept that not only was Dr. Moore seeing our own congregation … I happen to belong to this church, and my parents were very active at that time. They were seeing people aging and not having any support.”

Berggren noted HART’s immediate focus was to address a need in the community.

“They were generally going into nursing homes,” she said. “They didn’t have assisted living facilities back then. So, it was established to fill that void. And it started in a little room upstairs here at the church with a very lovely lady who was kind of the lead. And then there were two volunteers. There were three people that started the organization. And they made assignments out of pieces of paper, and little ring notebooks and stuff, you know unsophisticated, but as the need grew, we did, too.”

And over the years, HART transformed from that small, grassroots organization to what Berggren and Executive Director Christine O’Hara refer to as a small business.

Today, HART operates as a referral service that connects those with a need and a desire to remain independent and in the home to the medical professionals in the community. It works with a team of 300 caregivers in its database, including registered nurses, licensed practical nurses, certified nurse’s aides, home health aides, home helpers – even those who assist with such tasks as home maintenance and lawn care needs.

O’Hara pointed to the relationships HART has built over the years with those in the human services and medical communities in the community for much of the team’s success. While HART is firmly established in Niagara, she said it continues to branch out, including in Erie County and the Buffalo area.

“We got it to where it needed to be, and have a lot of those connections. And we’re just taking it that much further,” O’Hara said. “There are organizations, the Office of the Aging, CASE, a national or state organization, there are many agencies involved with that. So, we are a part of that, so we can reach out. We do caregiving very, very well. But right now, we’re working on a collaborative with some others in Western New York, on how can we expand services that we already have, under the title of respite, and do it better?

“For that, I would say, for us, one of the requests we get often is for transportation. And there are many caregivers that will take whomever they are caring for, they take them to the store, this and that. But we don’t really have a source (for that). I believe some of the senior centers and things like that (do). But it would probably add a whole other dimension to what we can offer people, if we said we have transportation.

“You know, the way I look at it, I want to take this and see where we can grow this. It’s exciting, but as the board always says, you can’t grow too fast either. So, right now we’re trying to find that niche, exactly where we can go. We can stay the way we have for 40 years, because it’s done very, very well. But there’s a lot of potential. There really is.”

O’Hara and Berggren said it all boils down to effective networking – both for growing the client base as well as for developing a base of caregivers.

“We get our information out; we are connected with all hospitals in Niagara County, with their discharge planning departments, because those are the folks,” Berggren said. “Let’s say someone is in short-term rehab at OLP or Schoellkopf Center, and they’re ready to go home … then what’s the next step? We very often get calls and referrals from organizations like that. And we do with private, long-term care insurance, we make the community aware that we do handle that.”

Describing how HART continues to network to the area’s growing senior population, O’Hara pointed to the value of the personal approach: “(It’s) getting into the communities and going to the people to find what the needs are of those communities, so that we can find the services (they want).

“ ‘This is who HART is, this is what we can do, what we offer.’ And from there, we’ll find out other needs that they may have, and then we’re able to (help). … We do offer respite; we just offer respite differently than a lot of these other organizations. We’ll come in to your house and let you go do what you want to do, so that we can take care of your loved ones.

“The other uniqueness … what sets us aside or above is the fact, (with) our model of care, the family is interviewed. (We have) several caregivers that we would recommend, and they choose. But the fact is, you have the same caregiver or a team of caregivers. … That means an awful lot to seniors.”

As this Lewiston agency continues its 40th anniversary in the community, it invites those in the River Region and beyond to learn more about HART and its many services, including opportunities to become part of the team.

In lieu of the agency’s usual sit-down dinner, “We’re going to be doing a drive-thru brunch in May,” O’Hara said. “It’s going to be a beautiful brunch; it’s not your run-of-the-mill. … (It will have) opportunities for the community to get involved, in sponsorships, with volunteer work, whatever they like to do. (It will be) highlighting HART, our caregivers, all that we do. And it’s a fundraiser. It will be a great event, honoring our caregivers.”

For more information on HART, its many programs and opportunities, visit www.hartprogram.org or contact Berggren or O’Hara at 716-754-8313.