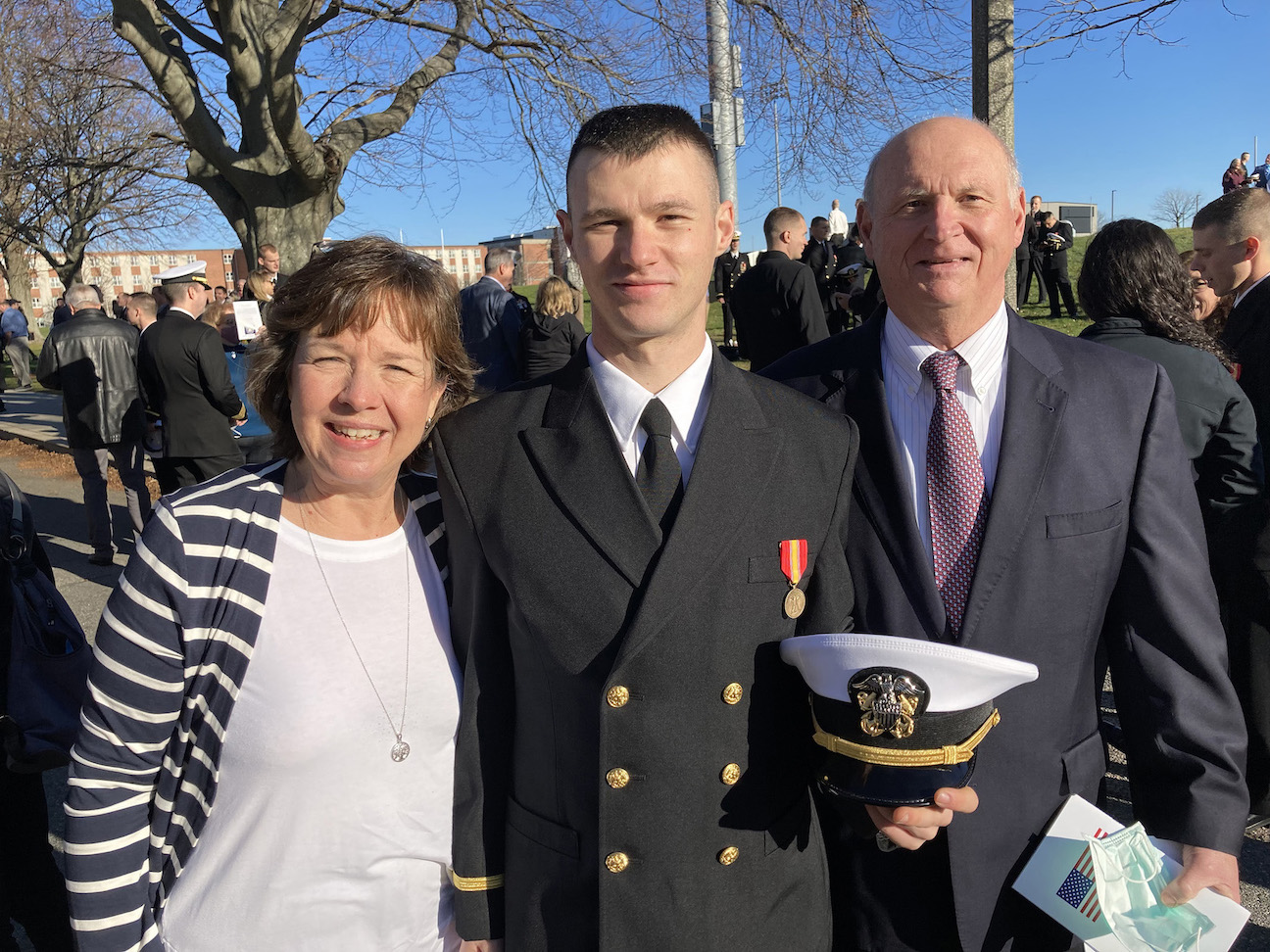 James’s grandfather, James “Mike” Niland Sr., a cousin of the four brothers, also served in the Army and is from Tonawanda.

Like Edward, Bob, Fritz and several other family members, James attended Canisius College in Buffalo. In 2020, he graduated with Bachelor of Arts degrees in mathematics and economics.

Edward’s perseverance with the will to survive helped him make it home.
James started the OCS application process in August 2019 but did not officially report until September 2021 because of an injury, he said.

“While I was waiting to be cleared, I shattered my collarbone playing flag football, which further delayed my training date,” James said. “I was so excited to be a part of something bigger during my senior year of college.”

During his recovery, James recalled periods of time where he didn’t hear from his recruiter and began to question military service, he said.

“Looking back that entire time at home until I arrived for training, it helped me be successful at OCS,” James added. “Understanding how I got here in the first place, I consider it to be a gift to be where I am, I can make it through tough times during the 13 weeks here.”

“Being part of a military family requires you to not only sacrifice your comfortable civilian lifestyle but also the individualistic mindset for the wellbeing of your team,” James said. “I could have made a lot of money being an actuary, but I consider it an honor to be a naval officer first and aviator second.”

James added how he wanted to serve in the military to be part of something bigger than himself.

“I was captain of my high school football team and enjoyed the brotherhood of being part of a team,” he said. “The sense of belonging and camaraderie at OCS is second to none.”

OTCN morally, mentally and physically develops future leaders of character and competence – imbuing them with the highest ideals of honor, courage and commitment in order to serve as professional naval officers worthy of special trust and confidence.