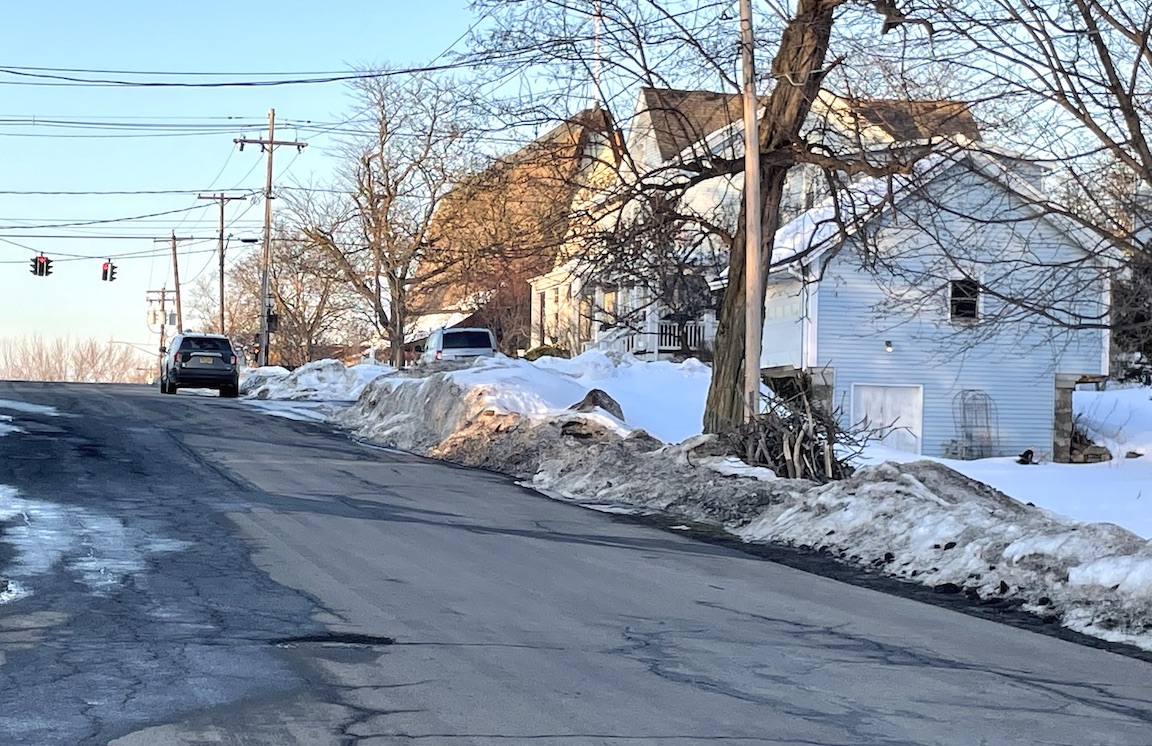 Tom Deal is leading a charge to have a portion of South Sixth renamed "Sutherland Street" in honor of the late Bruce Sutherland. The former Village of Lewiston trustee was active in the community, a fixture at the Orange Cat Coffee Co., and a staunch supporter of local history.

Lewiston lost one of its strongest champions when Bruce Sutherland passed Dec. 27.

Three days after the former deputy mayor’s death, Tom Deal of Deal Realty suggested a portion of South Sixth be renamed “Sutherland Street.” Bruce would often hold court from his house, and he and his wife, Jackie, were popular among neighbors.

The idea netted 69 “Likes” and a dozen positive comments on Facebook – including endorsements from current and former state and municipal leaders.

Deal wrote, “Bruce and his wife literally own the entire east side of the street including their beautiful home, it would be a fitting tribute.”

On Monday, he asked the Village of Lewiston trustees to consider his request.

Mayor Anne Welch said, “We did talk about doing something for Bruce anyway. However, the street itself, the Simonson family has been there a long, long time. Also the Ashley family across the street. They’ve had that property for years and years also.”

Deal said, “I talked to Lee (Simonson), and he said he’s on board to do whatever. He wants it done. He’s definitely on board. … We can do whatever it takes. There’s only, I think, five houses on the whole street, and they’re all – from what Lee said and from what I’ve heard – they would all be in favor of it.”

Welch replied, “We talked maybe of a bench there, or something with his name on it, instead of the street.

“I did talk to Jackie a bit. She’s kind of up in the air about what she’s going to do now.

Deputy Mayor Vic Eydt said, “We definitely want to do something.”

Deal asked, “What would be wrong with naming the street?”

Welch answered, “It’s something we have to talk about, think about. We just don’t say, ‘OK, let’s just name the street.’ ”

Welch said, “Because we want to discuss it further.”

Deal said he felt the board was “blowing it off. … I don’t know what the issue is. I mean, it seems pretty straightforward.”

He offered to start a petition to further prove public support.

“It doesn’t seem like it should be, ‘Maybe; I’ll think about it; we want to do a bench.’ Everyone that I talk to is in support of it, and I don’t see how you couldn’t,” Deal said.

Welch said, “I’d like to have a conversation with Jackie also. We will discuss it. We’ll talk about it, and we’ll take it from there.”

She and village counsel Joseph Leone said the state would have to give approval, and a local law would need to be adopted to change the street name.

“There’s steps involved; there’s postal things that you have to do,” Leone said. “The post office sends mail to places. It’s not something you can just say, ‘Yeah, we’re going to go ahead and do it.’

“For me, I would go full support. Lee wants it full support, that it should be ‘Sutherland Street’ all together. But like I said, there’s many ways that it can be done without having to recreate the wheel. I mean, it’s one block of a street.”

Welch said, “But we still to have to have a public hearing and everything to do it. We can’t just say, ‘Oh, yeah, we want to do it.’ There’s more involved to it.”

Trustee Claudia Marasco said, “You might want to have some input from the Historic Preservation (Commission) and the Planning (Commission), who does signs.”

Welch said, “We will discuss it. We’ll look into it.”

Following the meeting, Simonson told NFP, “My sisters, Sarah and Mary, and I are in full support of renaming South Sixth Street, ‘Sutherland Street.’

“Our family broke ground for the construction of our new home 59 years ago, in 1963, and the property is still in family hands. Living down the street from Bruce and his family was a blessing and we couldn’t have asked for better neighbors. Our deceased parents, Si and Mamie, would often talk about Bruce and what a wonderful man he was, always praising his cheerful demeanor, his constant offers of help, and his positive impact on the neighborhood and community. They were the best of friends.

“Many streets in the village have honored the memory of local citizens who have made a difference – Guard Street, Kerr Street, Rudlen Road, Page Avenue, Baker Drive and others. Parks have been named after outstanding public servants, including Richard Soluri and Marilyn Toohey. Bruce not only served Lewiston well in elected office, but as a volunteer for many organizations. He was the highest-ranking military veteran in Lewiston history, serving his nation with distinction.

“We would we proud to have our address on ‘Sutherland Street,’ knowing that his inspirational legacy will live on for generations to come. No one is more deserving.” 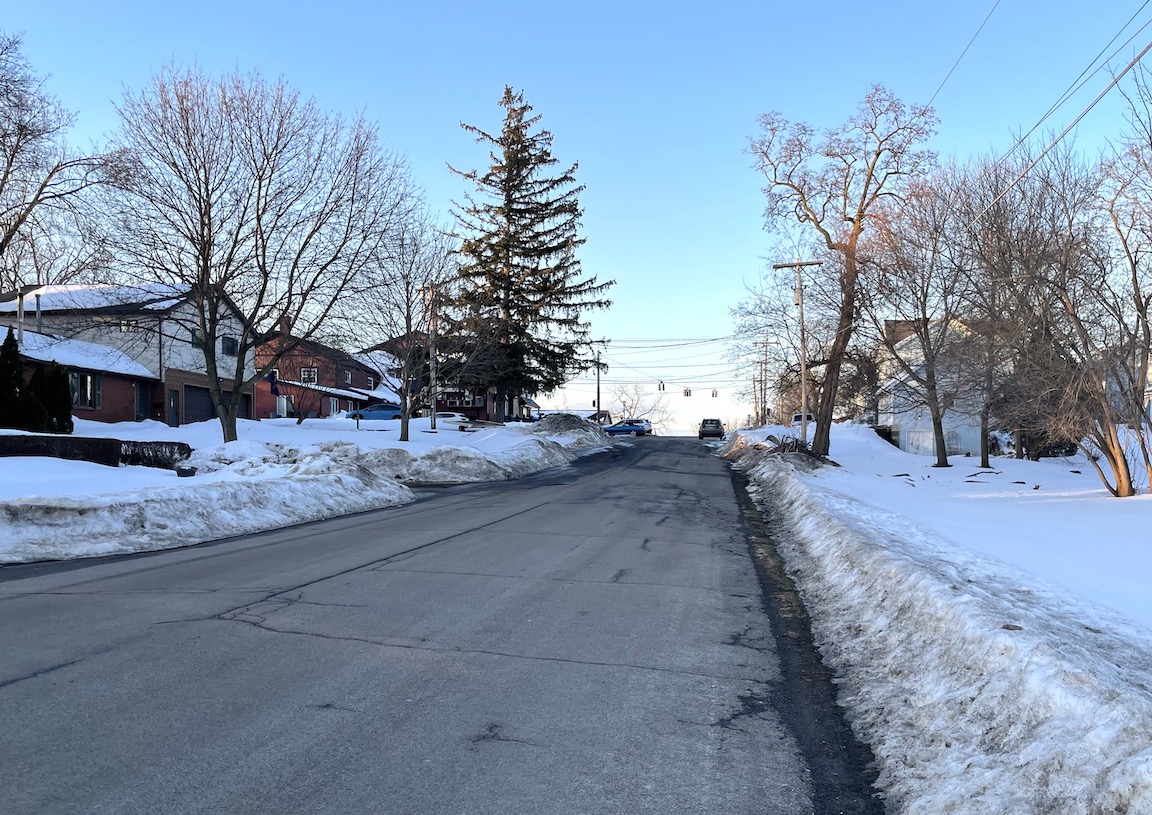 “They want to get more involved. … I thought it was a great idea,” he said. “They also talked about planting trees, and children’s programs, and park benches. … They had a lot of good ideas.”

Welch noted, “They also bought a $10,000 piece of equipment for our (inclusive) playground. They’re very involved in the communities. We thank them for that. And they are going to take on the Earth Day cleanup. We’ll still be involved somewhat, but they basically are going to run things.”

•The board will utilize a new money-managing firm, EFPR Group Certified Public Accountants, as longtime accountant Pat Brown of Brown & Company is retiring.

“He’s been with us for many, many years, and he’s done a great job and a great service to the village,” Welch said. “However, it’s time to move on to a new service, a new accountant.”

EFPR Group was endorsed by Brown, and submitted a yearly price quote lower than two other interested accounting firms. Trustees voted to approve a three-year contract.

The Rochester-based company has locations in Buffalo, Albany, Corning and Florida. 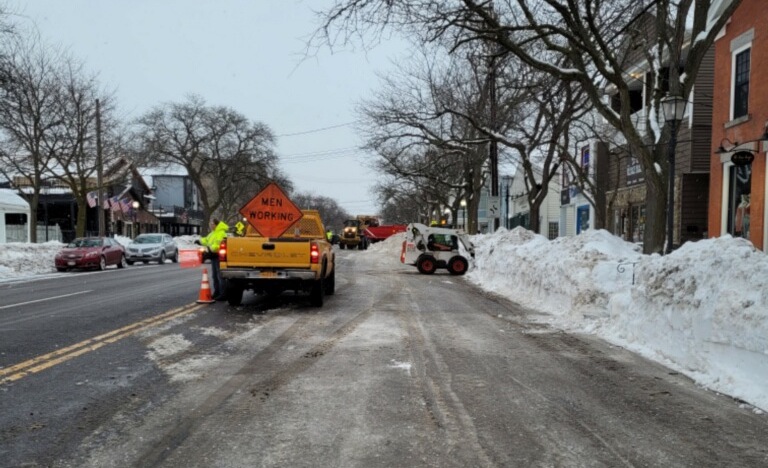 Heavy machinery was spotted along Center Street this week. Department of Public Works Superintendent Larry Wills said his crew teamed with the Town of Lewiston Highway Department to remove snow, allowing for easier parking. About 2 feet of snow fell on Lewiston Jan. 16-17 and, just as residents and businesses were finishing clearing that away, several more inches topped the roadways on Feb. 3. Massive white walls were formed as streets were plowed, making parking a bit of a challenge. (Photos courtesy of the DPW) 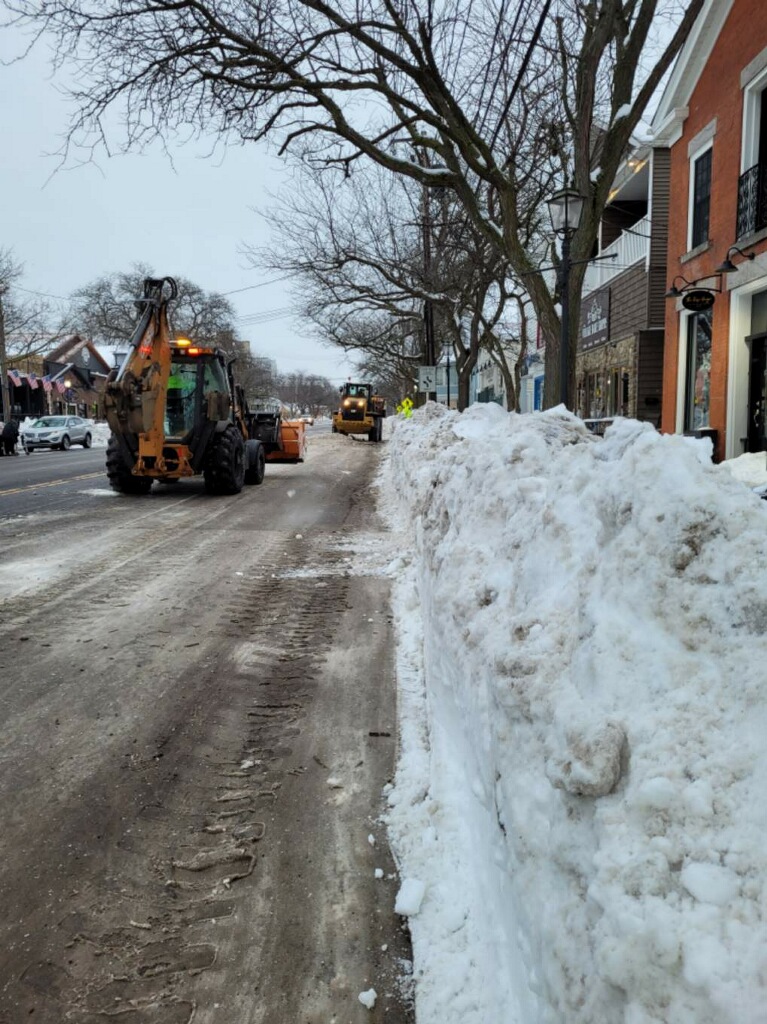