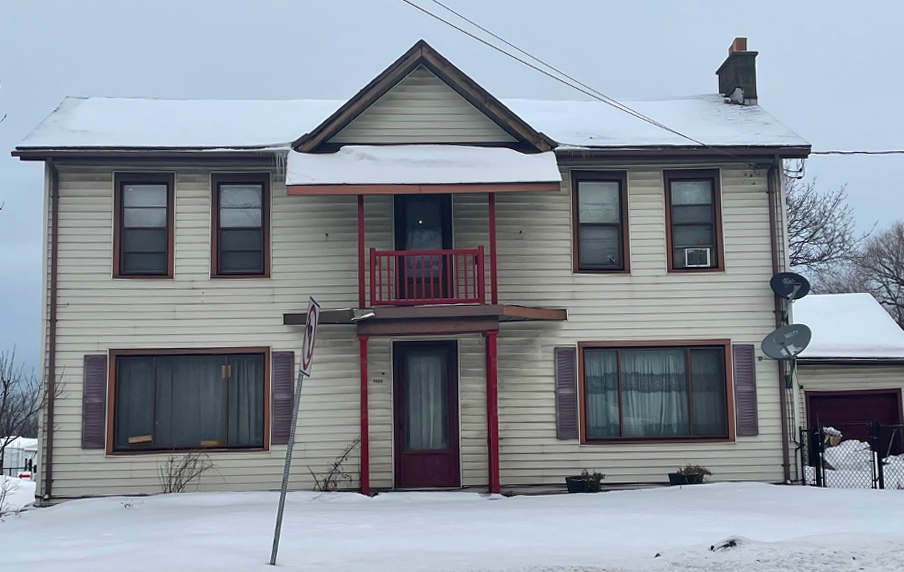 Counting down to Lewiston's bicentennial: Sage Tavern could be Lewiston's oldest home

Many Lewiston residents enjoy stopping by the Hill-vue Restaurant on Ridge Road just east of Model City Road for a tasty meal. Next time you go, take notice of the building immediately east of the parking lot, because that is the topic of today’s article.

In contention for the oldest house in Lewiston is the Sage Tavern. This building was constructed by Sparrow Sage, who bought large acreages around Lewiston. He constructed his log cabin and tavern along the Niagara Road, or the “Great Ridge” as it was called. When the British came in late 1813, local lore tells us they spared the tavern despite direct orders to burn everything because they helped themselves to drinks in it. If they didn’t burn it down, then this is Lewiston’ oldest or second-oldest historic home.

During the British occupation of the area, Sage’s wife was kidnapped and he had to rescue her. As the kidnapper was taking Mrs. Sage and another woman to Fort Niagara, the other woman escaped. She ran to Sparrow and told him what happened. He had been cutting timber, so he grabbed his axe and chased them down, killing the culprit and rescuing his wife. The musket that the Native American wrongdoer was carrying is currently owned by the descendants of Sage that live in Buffalo.

Another interesting story occurred when Sparrow Sage briefly converted to Millerism. This branch of Christianity believed the Second Coming of Christ was coming in April 1843, so Sage didn’t plant his crops that year. When this didn’t occur, he quickly planted more crops and was rewarded with a bountiful harvest despite the late seed sowing. His neighbor, Rufus Spalding, who had planted more crops to share with them, was exasperated when he saw this, and both neighbors wondered if there was something more to religion.

Other than this strange circumstance, Sage was a respected member of the community and served as town supervisor along with other various positions. The house held the first town meeting when the township was created in 1818. Passed resolutions included how much each person would be paid for each “bear scalp” they brought to town. Also, $200 was to be raised for roads, and $75 for poor money (charity).

Like other historic homes in the area, its old age is easily discernable inside from the hand-hewn oak timbers. Additionally, those beams are held together by wooden dowels, which make an interesting feature of the framework. Also, the floors consist of 10-14-inch-wide oak floors that are common to homes built in that early period. 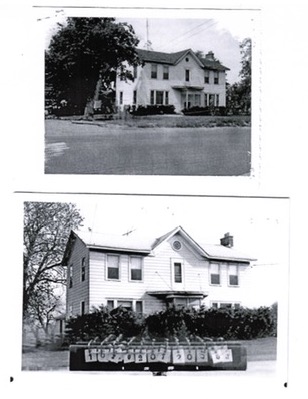 Pictured is the Sage Tavern then … and today.

On Saturday, July 2, there will be a very special event you will not want to miss. Thanks to the generosity of one of Lewiston’s most consistent benefactors, Mr. Anthony DiMino, the new Academy Park bandshell, dedicated to his father, Alphonso, will host the Buffalo Philharmonic Orchestra for a two-hour concert. This promises to be one of the highlights of the weekend, so plan on attending. Food and refreshments will be available at Academy Park all weekend. Two hundred years never looked so promising!

There are many opportunities for businesses and private citizens to participate and sponsor one or more of the weekend’s events. To learn more about the bicentennial, see who is involved or to learn about sponsorship opportunities, visit www.Lewiston200.org.