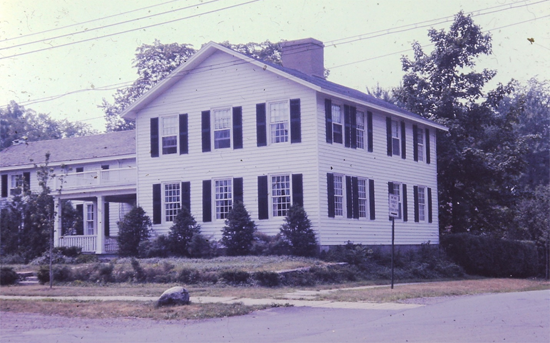 Counting down to Lewiston's bicentennial: Smith Home has ties to Lewiston founders

This is the second of 14 stories about homes in Lewiston, which will be at least 200 years old during our celebration of the bicentennial July 1-4, 2022.

Whether you are a lifelong resident of this community, just unloading your moving van, or anywhere in between, please mark your calendar for this fun-filled weekend coming up this summer.

Situated in the heart of the village at the southwest corner of South Fifth and Plain streets, the house consists of two wings. The first wing, or north section (along Plain), is a large rectangular wing with a center chimney built in 1817 by David Smith. He was the minister for the first Religious Society in Lewiston, first minister of the Presbyterian Church, and also a founder for the first Episcopal congregation.

Outside of religious affairs, he was a prime mover in getting the Lewiston Academy built, and was its first principle. The original section of the house became known as the Presbyterian manse and also as the “Preachers House.” It is said the date, 1817, is carved in the stone foundation of the north wall.

Since Smith is one of the founding families and was on several committees over the years, it only makes sense that most of Lewiston’s founding fathers frequented his home. Names like Barton, Fairbanks, Hopkins, Robinson, Sage, Porter, Tryon and Cooke were all close friends of Dr. Smith and attended meetings at his home. It is said that the original kitchen fireplace in the basement has been left intact from 1817.

The second section, or south wing (along Fifth Street), was originally an extensive carriage house. There is some conjecture as to when it was built: the Village Historic Preservation Committee record says circa 1821 in its report, while the sesquicentennial committee puts it as 1855 when Oliver Perry Scovell bought the home from Leonard Sheppard’s estate (he was father of Mr. Scovell’s first wife, who died young). It was later converted into living quarters, but that date is uncertain.

From Dr. David Smith, the original owner, the home passed on to Leonard Sheppard. He was a merchandizer and one of the founders of the Lewiston Railroad Company. Next came Oliver Perry Scovell and his second wife. Oliver was the nephew of Seymour Scovell, who built Oak Hill on Tuscarora Street (now within Artpark).

Oliver Perry Scovell was an ardent churchmen, abolitionist and prohibitionist. He worked for the New York Central Railroad as a manager and helped build the Lewiston to Oswego Railroad. He also became a New York state legislator and held several public offices in Lewiston in his later years. His second wife, Elizabeth Jewett, came from a famous family in Vermont. She lived in this home until her death at 103 years old. Their son, J Boardman Scovell, took over the residence. He was a lawyer and historian that was personally acquainted with every president from Grover Cleveland to Franklin Roosevelt, and was close friends with Woodrow Wilson. He was a leading authority on Niagara Frontier history and author of the book “History of Niagara Portage.”

This Scovell also legally represented William Love, the man infamous for his “Model City” and Love Canal. Scovell and his wife would sell the house in 1942, and it would pass several hands, not staying in one family’s possession for long. The house remains mostly unchanged from the time of its construction, but the new aluminum sidings and a garage mark its transition to the modern period. This historic home served as the meeting place and dwelling of some of the most important names in Lewiston’s history and should be remembered as such. 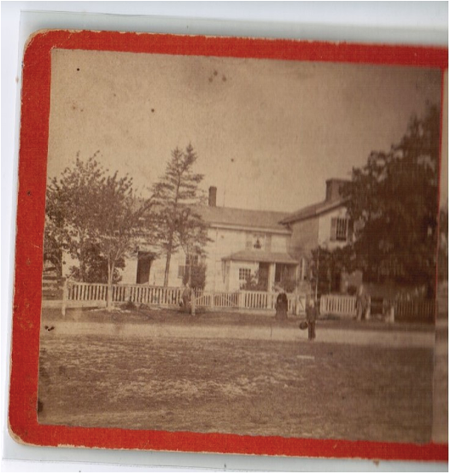 This undated photo shows the “Preacher’s House” in an era long past.

There are many opportunities for businesses and private citizens to participate and sponsor one or more of the weekend’s events. To learn more about the bicentennial, see who is involved and to learn about sponsorship opportunities, please visit www.Lewiston200.org.

Be certain to mark your new 2022 calendars now to be here July 1-4. After all, where else would you rather be? 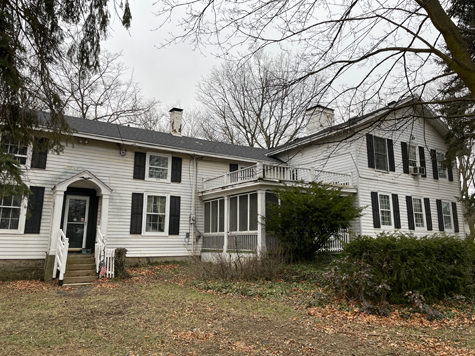