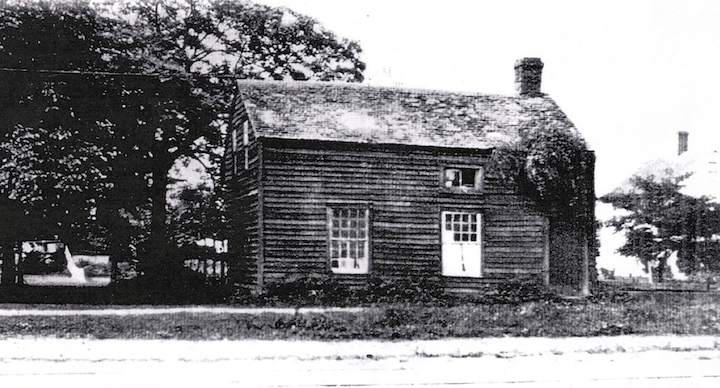 Counting down to Lewiston's bicentennial: 'The Little Yellow House'

In case you have not yet heard, the four days from July 1-4, 2022, we will host one of Lewiston’s grandest parties in many years, our bicentennial celebration. Mark your calendar now – do not miss it!

As we prepare for a fun-filled weekend, the Bicentennial Committee, which has been hard at work for two years, thought you all may enjoy hearing about buildings in our community that were existing when the village was formed in 1822. Today, we begin with the first presentation. Thirteen more will follow as we build toward this party.

Before diving in, we want to acknowledge the efforts of Austin Heinz, who accepted a position with the Lewiston Museum as intern in the summer of 2020. Under the direction and supervision of Museum Curator Tom Collister, Austin researched and developed the key information for these buildings, their owners and historical details for these publications. The board and members of the Historical Association of Lewiston, and the Lewiston Bicentennial Committee are grateful for his talented efforts. 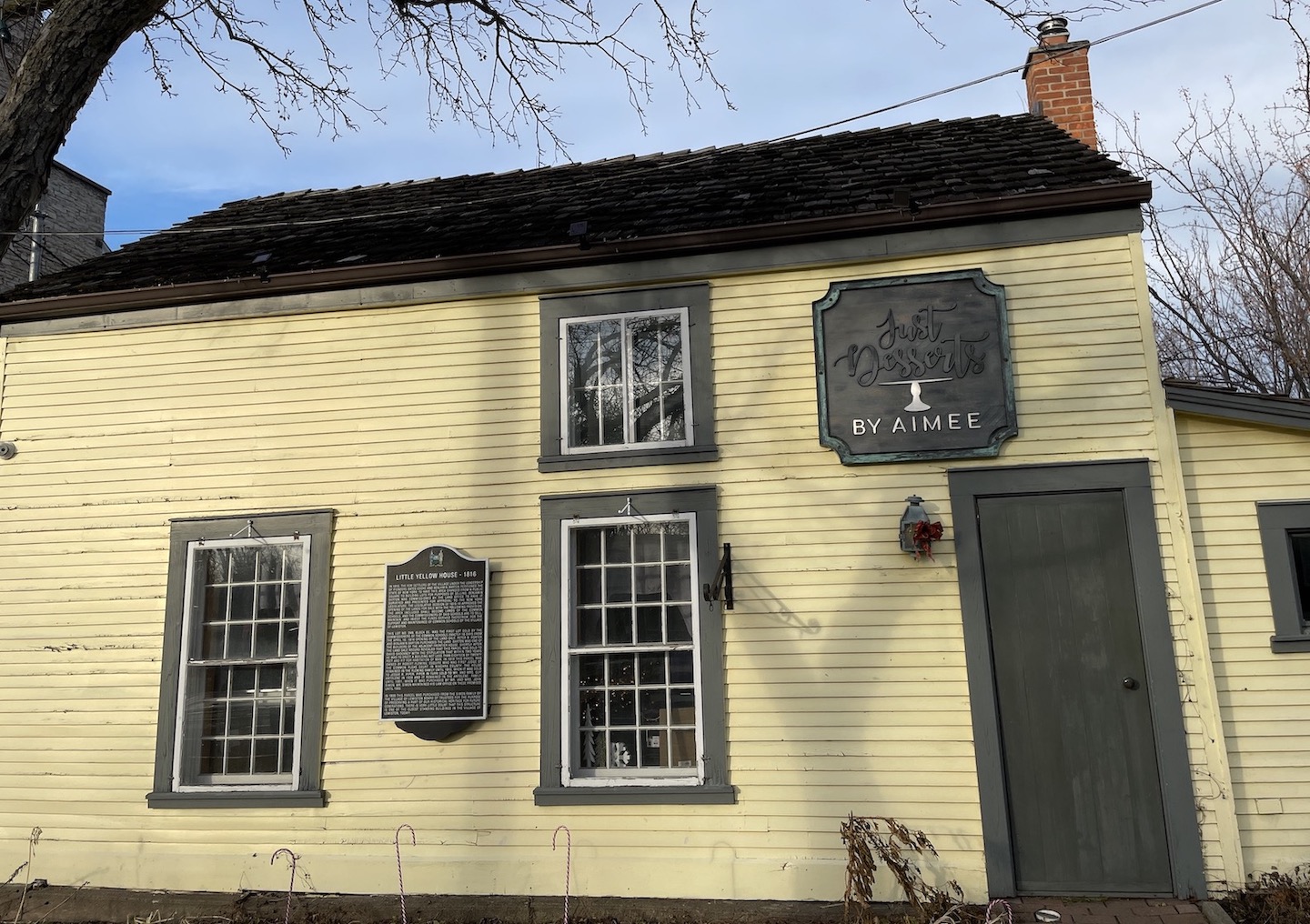 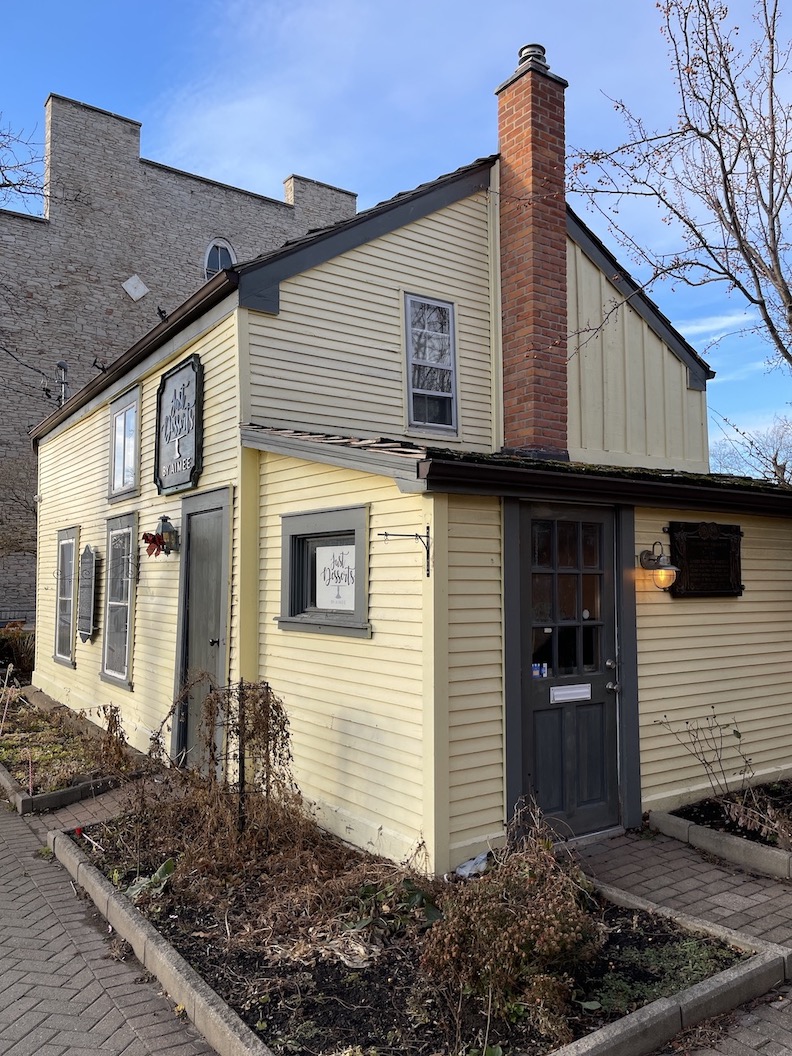 In the middle of the village, there sits a small house that hasn’t gone through any major changes in two centuries. In 1816, the building known as the “Little Yellow House” was constructed on 476 Center St., where it still stands today. Benjamin Barton and Peter Porter, two notable names in Lewiston’s rich history, sold the lot to David Shockney for an initial payment of $250 with the stipulation that he create a “livable” home in no more than two years. He satisfied their definition of livable – but only barely. This is how the “little” in “Little Yellow House” came to be.

It would later be owned by Robert Fleming, the town’s first judge. The house gained its distinct yellow color sometime around 1863, when an old steamship line with yellow hulls came into Lewiston Landing. Many residents bought their unused yellow paint for cheap, but it would become the iconic color of this historic home. This tiny building was a home to many in Lewiston and, in the 1900s, it was even occupied by a family of 10.

When the “Little Yellow House” became a place of business, one of its most well-known inhabitants was John Simon, who made it into his law office for many years. The town and village purchased the house in 1999 to save it from destruction. They turned it into the Lewiston Visitor Center, but currently it is owned by the Village of Lewiston and is rented out to private businesses.

During renovations the house underwent in 2001, two men discovered a metal box hidden inside the foundation of a wall. This box contained a Colt .45, a pistol that was famous for its use in both World Wars, with an engraving that marked its use as early as 1911. The gun is old, but it is only half as old as this historic house of Lewiston.

Here is an early view of the tiny house on Center Street, originally built in 1816, shortly after the War of 1812. 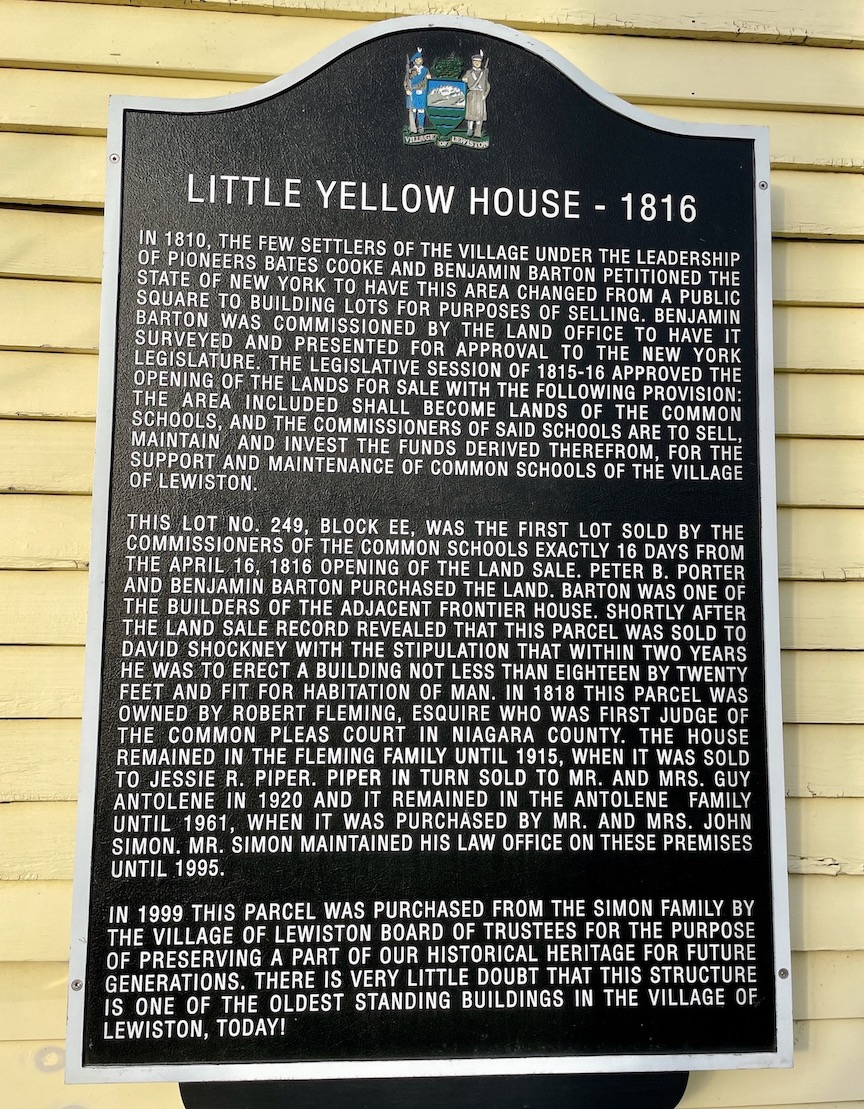 With each of these articles, we will also tell you about one of the many features being developed for the celebration. Let’s start at, well, the beginning: Friday, July 1, 2022. To kick off the celebration, the bells at our old Red Brick School will ring out at 6 p.m. Shortly thereafter, we are asking all of the village churches to join in the ringing of the community bells!

One of the well-established annual events by the Lewiston Council on the Arts is the “Summer of 69” concert. Normally held at Hennepin Park, next year it will be held in the newly renovated Alphonso DiMino Memorial Bandshell in Academy Park. This event always brings home former residents and their families, so we are giving them all a reason to be here for the entire celebration.

To learn more about the bicentennial, see who is involved and to learn about sponsorship opportunities, please visit www.Lewiston200.org.