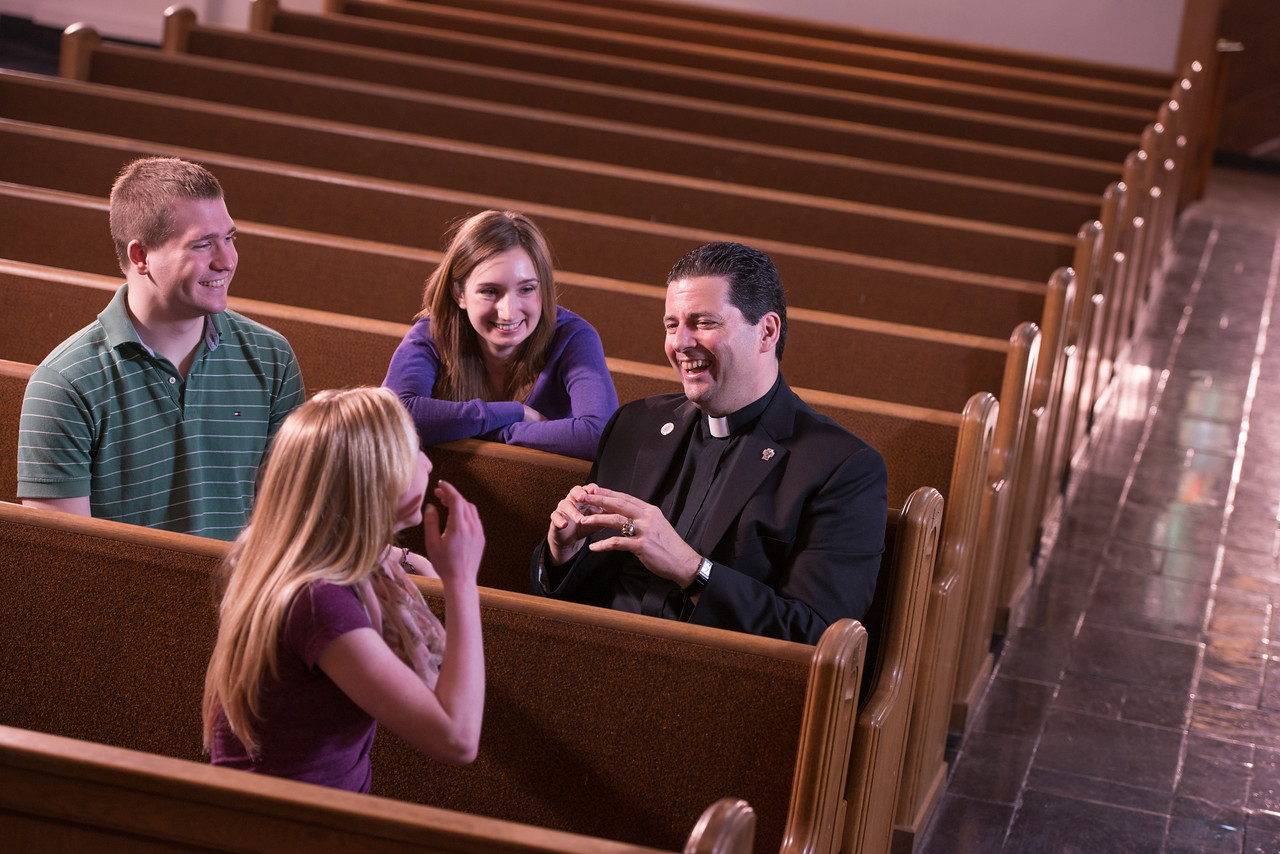 The life of our president, Father Maher

In the small community of Niagara University lives a well-known figure with a lesser-known story.

Everyone affiliated with the school knows its president, Rev. James J. Maher, C.M., more commonly known as Father Maher. They see his face all over the university on posters and stickers, in pictures and in person. However, most students would not know that he used to play baseball and basketball or that he loves to travel and has been to multiple countries in Southeast Asia.

In fact, those are actually some of the ways that Father Maher interacts with Niagara University and its students. Father Maher used to play basketball and baseball, and still considers those to be his favorite NU sports to watch. Although he has always preferred these sports, he loves watching all of the Niagara University sporting events that he can, and he loves supporting the athletes.

“I love going to the games here to see the student athletes and supporting them and all the good work that they’re doing,” Father Maher said. In fact, he is currently the president of the Metro Atlantic Athletic Conference (MAAC), representing Niagara University and the athletics departments of all of the other schools in the conference.

“I really found there was great learning from student athletes and coaches about how you deal with challenges, adversity, team-building, and adversity,” he said.

Father Maher also loves to travel and interact with international students in Southeast Asia. He has been there many times, and he has visited China, Taiwan, Thailand, Indonesia, Vietnam and other countries already, and he would love to see other parts of Southeast Asia and some parts of Europe as well.

“I would love to go to New Zealand, Australia at some time if that ever would happen, and I’m fascinated by Scandinavia,” he said.

St. Vincent de Paul spent his life traveling across France and visiting the sick, elderly and poor people and helping them in any and every way he could. He even was able to convince wealthy people in the area to provide resources for the people that needed it. Vincentian Universities, such as Niagara University, model their values and mission statement based on his life of generosity and care.

For example, Niagara University works directly with the community and its service to the poor through the IMPACT office. Last fall alone, over 350 students participated in community service, contributing a total of 3,515 hours of service. Students served 73 organizations, creating an economic impact of about $213,639.20.

According to his peers, some of Niagara University’s specific Vincentian Values that Father Maher demonstrates would be holistic, creative, person oriented, and focused.

“I really want to live a life that has purpose to it and really positively impacts the lives of others, and that’s really what I’ve tried to do through my service as a Vincentian,” Father Maher said. This demonstrates the value of focus to the Vincentian mission of helping out anyone that needs help. Father Maher said that he is passionate about living a purposeful life, and it is what motivates him each day.

“He listens to a lot of students’ complaints, positive comments, anything and will try to make changes with the board,” said Father Maher’s co-worker, Kenzie Fassett. This shows that he is holistic in his compassion for all of the students and efforts to accommodate their needs as a whole university. It also shows his creativity in addressing issues and finding the solutions in any way possible.

“He doesn't try to talk down to us, he views us as equals,” Mia Brillant said. Mia Brillant is a student at Niagara University who attends the morning service led by Father Maher. She says he is very relatable in his sermons and respects each student as much as they respect him. This shows that he is people oriented and that he sees himself as no different than anyone else. And besides his title of president of Niagara University, he really is not much different than anyone else.

Outside of Niagara University, some of Father Maher’s hobbies include traveling, spending time with friends, exercising and reading.

“Three of my advanced degrees are in theology, so I like reading works of theology, philosophy,” he said. Father Maher mentioned that he likes to read biographies as well. In addition to exercising daily, Father Maher likes to ride his bike around the area, admiring the views of the Niagara Falls region. Finally, he spends some of his free time listening to music.

“I like R&B, I like jazz, I like different genres of religious music as well,” he said. One specific artist that Father Maher enjoys listening to is Miles Davis, an influential composer and trumpeter from the 20th century.

Sometimes it can be difficult to picture someone’s character without a comparison to someone you know or know of. Father Maher is a little bit like Adam Sandler with his laid-back composure and friendly demeanor, according to Brillant. From Fassett's perspective, he has the brains and peaceful attitude of a calm Bruce Banner. So, picture a laid-back, Vincentian Adam Sandler with the sharp, balanced mind of Bruce Banner when you try to picture Father Maher’s personality.

This final section shows a little bit more about Father Maher’s personality through the social media trend, “This or That,” where someone is given the option between two things and must pick their favorite. 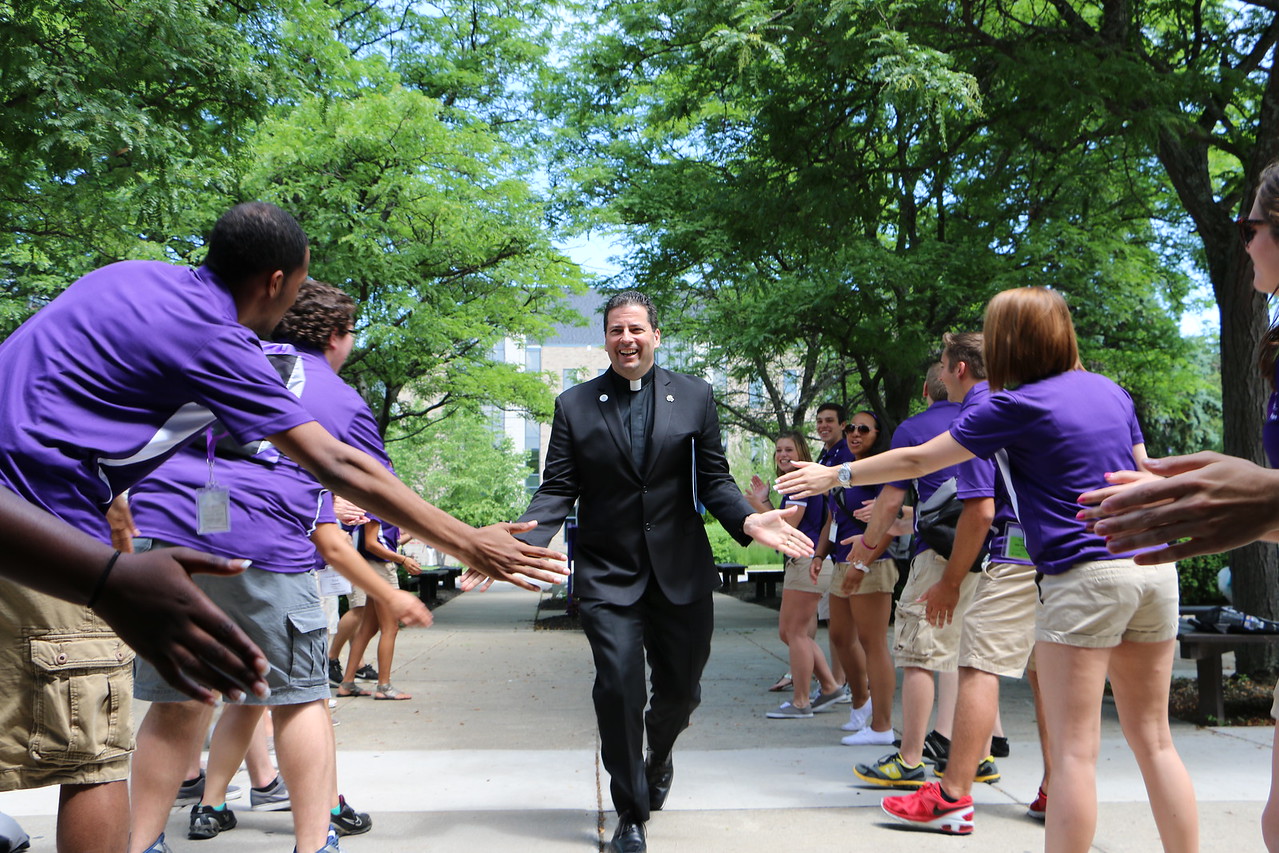