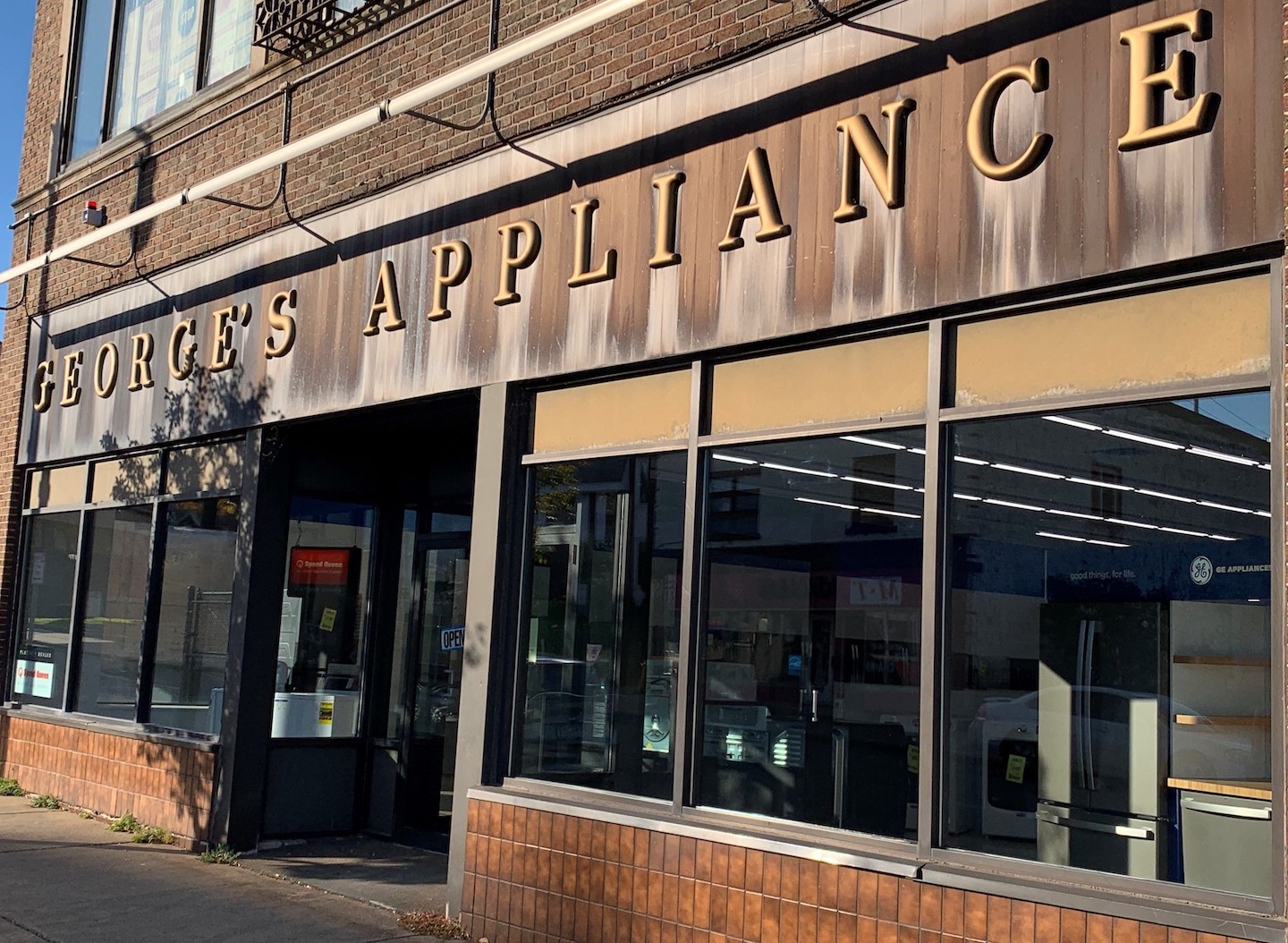 George's Appliance, at 1422 Pine Ave., Niagara Falls, has been in business at various locations since 1968.

Small Business Saturday: George's Appliance and Television remains true to its own model of appliances and small business

If you watched Sunday’s episode of “60 Minutes” – heck, if you’ve walked into a superstore lately – then you know this country has a serious supply chain problem. Docks are filled with items stashed in crates – and there’s no guarantee those products will end up in your stocking or under your tree this holiday season.

The warehouses, truck drivers and shipping companies are blaming each other, costs are going through the roof, and shelves have more bald spots than your uncle Leo.

But there is a silver lining – no, not for that, but in your present planning.

If you’re one of the countless people who shop small, then you know a lot of aggravation can be avoided by patronizing locally owned merchants.

They have products! In fact, many make their own or utilize other nearby mom-and-pop operations for goods.

And if you’re into that whole, “What’s my name, does this look good on me, do you have it in blue, can you gift-wrap it for me?” thing, then you’ll be pleased to know local merchants are eager to answer those questions.

The pandemic is approaching (gulp) two years – and it’s still not easy (or cheap) to cross the border. Residents have been great in keeping local businesses afloat. They are encouraged to continue that practice on Small Business Saturday.

In return, merchants will make available unique gifts and goods at the lowest prices of the year.

Few can lay claim to having been an explorer, a singer-musician, and a pirate captain – all pretty much under the same roof.

Mark Milanovich, owner of George’s Appliance and Television in Niagara Falls, can lay claim. He’s played them all in those 30-second television commercials so many locals are fond of.

A mainstay to the Niagara Falls small business landscape, George’s Appliance and Television, at 1422 Pine Ave., is one that has survived the COVID-19 pandemic and, frankly, the last five decades relatively well. Milanovich attributes that to two primary things.

One is the fact that people need appliances, eventually, for whatever reason.

His father, George, was onto something. In business since 1968, the tradition has followed Milanovich since he was a teenager working in his father’s store.

“I grew up in this thing; I’ve been doing this since I was 14 years old. We know the stuff we sell, we know what we like, and we’ll tell everybody what’s good and what’s bad,” he said.

“People come to us also because they can come in here, we can talk to them. You can’t get the information from those other places. We have the information. We can tell everybody the pros and cons of the items we’re selling. People like that. That’s what they want. They want service.”

When it comes to those “other places,” Milanovich knows the competition in general, and how George’s differs in particular. “Today, the competition is between the little guy or the big guy. The little guy has the advantage, because it’s just a much more personal level. We sell something and there’s a problem … a customer picks up the phone and they call me. Where with the other places, it’s ‘Here, call this number,’ and it’s who knows where.”

George’s offers free delivery and set-up of what it sells, and in-warranty repairs of the brands it carries and sells. All from under one roof, one local phone call. It’s a model that cuts out second- and third-party involvement. You might think the one phone is ringing all the time.

“We’ve been extremely busy as a matter of fact,” Milanovich said. “Our customer base has grown so much because people are tired of dealing with the ‘big box stores,’ so they’re looking to us.”

From the Tonawandas and North Buffalo, Newfane to Wilson, Lockport and Niagara Falls – Milanovich seems to be witness to what is going on with the local appliance industry. “What I’ve found is that the ‘big box stores’ make a lot of promises, and they have no way of keeping them. There’s no … what can I say … they don’t care. We hear so many stories like that.

Even with that, Milanovich suggests the small business appliance dealer is something that’s all but disappearing. He’s spoken to people from other areas of Western New York that he services, and they tell him there used to be appliance stores in their neighborhoods, towns and cities. But they’re gone.

The logical step might be to expand George’s footprint into those other areas. But Milanovich grins and shrugs it off: “If I was 10 or 20 years younger, it would be a definite. But right now, we’re kind of at maximum. To grow bigger … we could. But it would take a lot more manpower. But it’s good now, and we’re happy, and it’s just enough.”

Currently, just enough for George’s looks like eight full-time employees, including his wife and daughter. Yet the current business climate isn’t lost on him. It concerns him that he can’t run his usual sales and specials with the coming holidays.

“We can’t get everything right now, we take orders on things and we try to fill them. But some of them take a while. So, to run any specials right now, it’s difficult. It’s not only a little misleading, it’s very misleading,” Milanovich said. “And we won’t do that.

“Places like the ‘big box stores’ might like to do it. I can’t tell you how many people over the last number of months have been promised things, or they’ll run a promotion one day and tell you, ‘Oh yeah, we’ll have that for you in two weeks for delivery.’ And then the two weeks go by, and it’s not there. They make promises they can’t keep,” Milanovich said.

Milanovich says George’s tries to offer the best prices possible at any time, regardless of sales. Add to that the best service possible, and that customer relationship.

“We do appreciate patience and what people have expected of us,” he said. “Even the people who’ve been waiting. And I have had people who have been waiting. Last year, nobody went to Disney World; they remodeled their kitchens. So there was a big demand for this stuff.”

And beyond those inevitably necessary appliances people demand, you might count those 30-second commercial spots.

“We’re planning a new one now. A lot of people come in and ask, ‘When’s the new commercial?’ ” he said.

“We like to surprise people,” Milanovich said. “It’s probably going to be a couple of months before we get it all together. It takes a while to get them done. It’s a lot of fun. It’s crazy, it really is.” 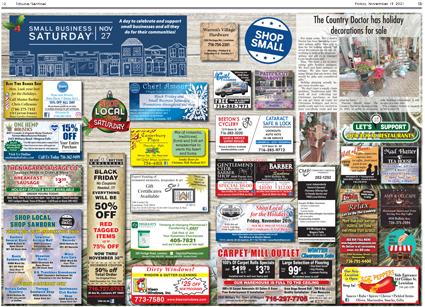