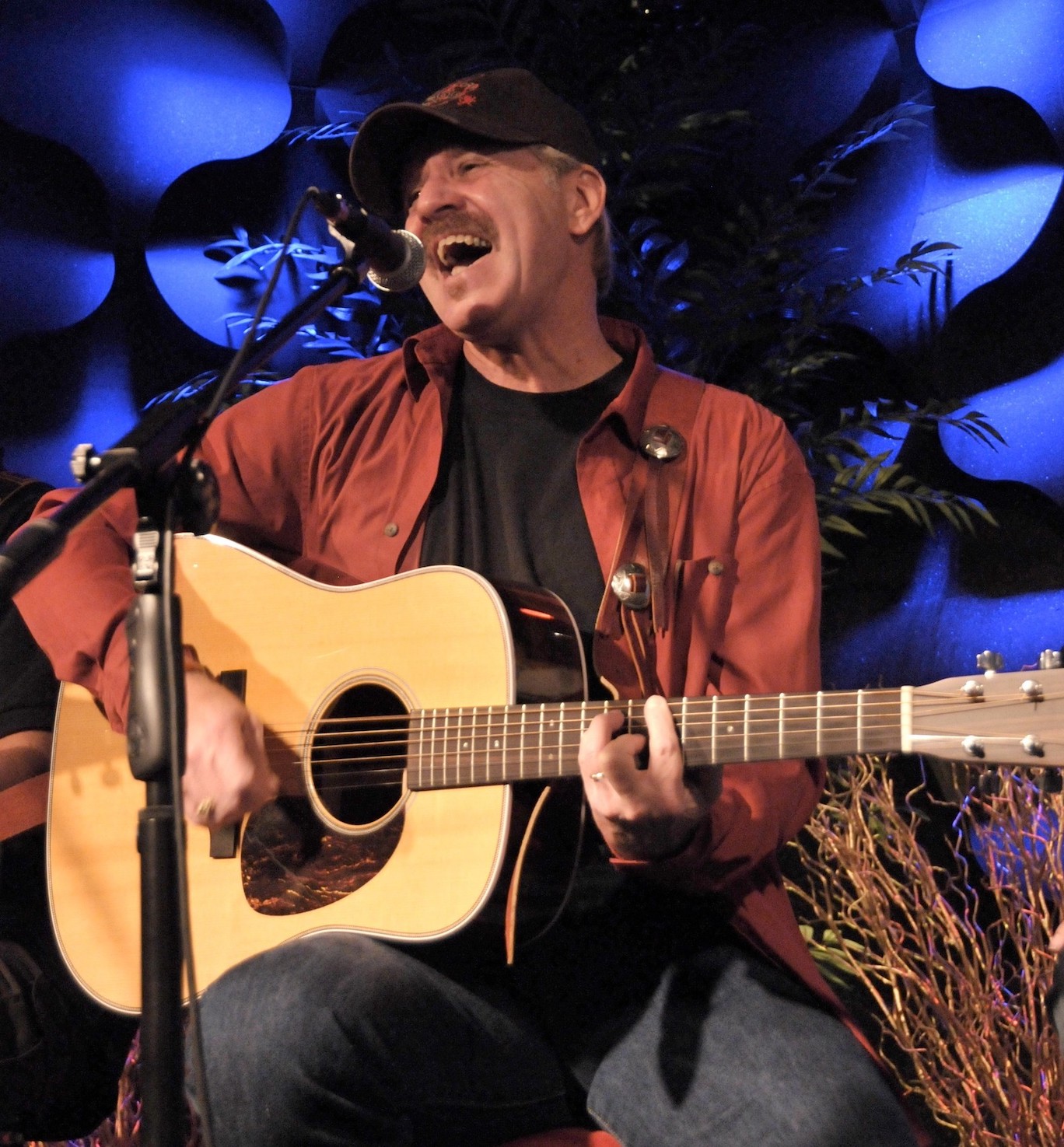 John Ford Coley offered a disclaimer before our conversation began: “I appreciate you taking the time to ask me some questions. I will tell as many lies as I possibly can and, by the time we’re done, they will all make me look good.”

Fans can expect that kind of humor – and hits “I’d Really Love to See You Tonight,” “Love Is the Answer” and “Nights are Forever” – when the performer returns to the Historic Riviera Theatre for a headline performance on Tuesday, Sept. 14.

The singer and actor, who rose to fame in the 1970s as part of the duo England Dan & John Ford Coley, said, “I've played the Riviera Theatre, gosh, three or four times, and it's always a nice little place to come to. We used to come to Buffalo years ago when Dan and I played. And so, it's always a pleasure to come back up there.”

Coley explained, “I’ve played the theater several different times, but just by myself. I played with Pure Prairie League and some of the other bands, and again played by myself. They want me to play with a band this time. So, we've got a band that is coming up. I still, in the middle of the show, will stop with the band, have them sit down, and I'll just play three, four songs on my own, because I love to play just acoustic.

2020, of course, was no laughing matter for musicians.

“I lost, personally, over 60 gigs last year; and we didn't really get started until a couple of weeks ago this year,” Coley said. “So, it's been an intriguing time period; that's for sure.”

Since getting back on stage, Coley has noticed fans are “so thankful that they're having the opportunity to hear live music again. That's been a real thrill.”

Though he’s performed the aforementioned hit songs – plus myriad deep cuts critically lauded as soft rock gems in a sea of ’70s excess – Coley said he still enjoys the connection his music makes with audiences.

“First of all, I don't like to listen to songs – the recorded songs – and I don't necessarily like to rehearse them. But, when I step on that stage, that song is different and new every night,” he said. “There's also people that have not heard that song before.

“I, truthfully, enjoy playing the songs. … You still look for the reaction of the audience, and that, truthfully, is very enjoyable for me. Because, again, there's going to be people out there that have not heard it. I play a little bit differently, because I'm playing by myself most of the time.

“The other element was that Dan and I were a duo, but Dan had the lead voice, and I had the harmony voice. So, even when I’d sing lead on something on the records, I also sang harmony on it, because Dan couldn't sing harmonies. So, it's a little bit different in the fact that I'm singing it now. And sometimes I'll jump from lead to harmony just not even thinking about it.

“So, I mean, it's always different; every night is different. Some nights you'll forget the lyrics of these songs that you've played for 40 years. And I just tell people, if I ever forget lyrics, it’s like, ‘Guys, I live in Nashville, and the understanding there is that, if you can remember the lyrics to all the songs that you've written or you've performed and recorded, you simply have not written enough of them.’

“I have a good time with it. It's fun for me to get up there and play.”

After his famous duo broke up in 1980, Coley decided to try acting. He scored a role in the 1987 drama “Scenes from the Goldmine,” which IMDb describes as the story of a young singer/songwriter who joins a rock group and develops feelings for the lead singer – who tries to steal her songs.

In 1989, Coley was part of the Corey Feldman-Corey Haim dramedy “Dream a Little Dream.” Here, a disillusioned teen and a been-there-done-that senior swap bodies, find love, and develop an appreciation for life.

Coley said he enjoys acting because it offers something new.

Touring with the same musicians, “They know and talk about music, which bores me to tears. But when I was in acting, you got day players; so, you got somebody coming in that’s got two days’ worth of work. Another one comes in three days. And then they're gone. But they always bring fresh jokes. I absolutely got such a kick out of that,” he said. “And it's like, I've had people say, ‘Which do you like better, because you've done acting, and you've done the music? Which one do you like better?’ And my comment always is kind of like you know, ‘Who do you love the best, your mommy or your daddy?’ They're both great. So, I enjoy both of them.”

Upon arriving on the “Dream a Little Dream” set, “I remember Cory Feldman and Corey Haim walking down the street, like 2 o'clock in the morning when I got there; walking down the street, doing the scene,” Coley recalled. “And they mess up. You hear, ‘Uggggh.’ And the girl claps the thing, and she says, ‘Take 26.’ And I thought, ‘Take 26?’ After take three, I’d a pulled those boys off to the side and we’d a had a serious communication.’ I said, ‘This thing's gonna go way over time.’ Well, I was scheduled for three days. Two weeks later I left. That's how far behind they were because of the mess-ups.”

Still, Coley said it was a fun experience.

“Susan Blakely was an absolute sweetheart to me. I got along really well with the Coreys. They were great kids,” he said. “I got to throw Corey (Feldman) down the stairs. That was my first scene. I just did a karate flip on him, and he was like, ‘Arrrrggh.’ And they're going, ‘OK, John, a little bit lighter next time.’ He was all suited up.

“But Susan Blakely, the girl that played the mother (to Meredith Salenger’s character), she was just an absolute sweetheart to me. And I remember most vividly, I had a kissing scene with her that did not make it into the film. And her husband is sitting in the room, not far away, watching me make out with his wife. And I'm thinking, ‘Oh God, this is the weirdest thing I've ever done in my life.’

“But, I mean, it was really great, because I got to meet Harry Dean Stanton. I've always liked Jason Robards, but he was not on the set when I was there. … Victoria Jackson, she lives in Nashville, so occasionally I will see her. And Alex Rocco was there. He played her husband. And I knew Bo from years ago when he was in ‘The Godfather,’ and had been in a film with him called ‘Scenes from the Goldmine.’

“It was a great time. It's just, you know, there's a lot of time that you get to sit around, talk to people, kind of get acquainted. So, you would really like it. It is fun.”