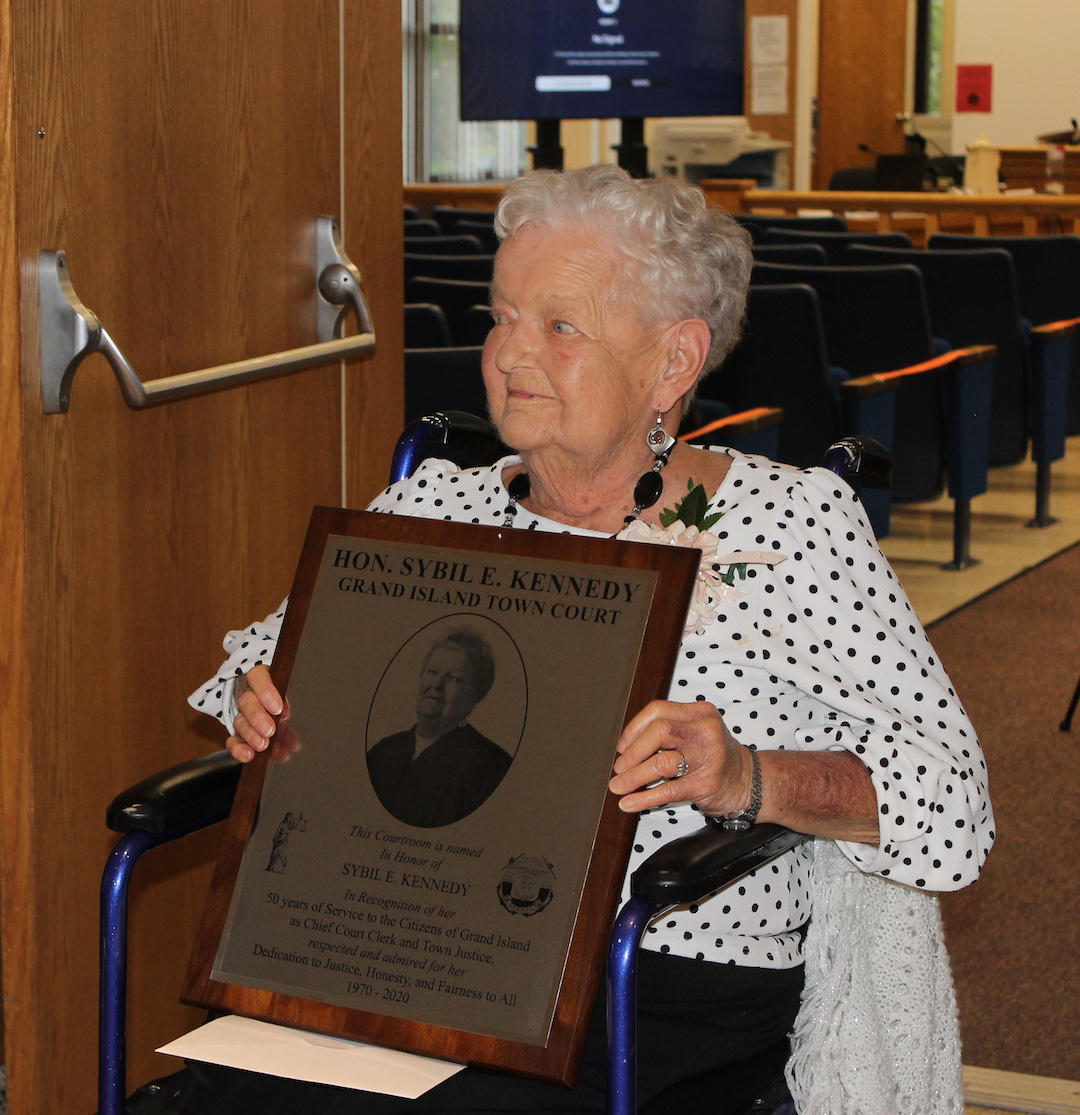 Former Town Justice Sybil E. Kennedy holds a plaque outside the Grand Island Town Courtroom that has been dedicated in her honor. (Photo by Karen Carr Keefe)

The Town Courtroom has been dedicated to the Hon. Sybil E. Kennedy, who, in turn, has spent 50 years dedicated to serving the people of Grand Island in that same courtroom.

An enthusiastic crowd of about 50 family, friends, colleagues and well-wishers awaited Kennedy’s arrival Monday at Town Hall for the dedication ceremony.

She accepted the honor with gratitude.

“I want to thank everybody who helped me through the years,” she said, acknowledging family, friends and those standing with her as court colleagues, former Court Clerk Maria Burns, current town justices Mark Frentzel and Mark Nemeth, and former town Justice Eric Reimann. “Everybody, thank you. You all contributed somehow in my life and I really appreciate it. To my family, to my grandchildren, thank you so much for everything. I made some wonderful friends.”

A plaque commemorating the dedication reads:

“This Courtroom is named in Honor of Sybil E. Kennedy in recognition of her 50 years of Service to the Citizens of Grand Island as Chief Court Clerk and Town Justice, respected and admired for her Dedication to Justice, Honesty, and Fairness to All.”

Kennedy also acknowledged Jackie Pritchard, there on behalf of her late father, Francis “Bud” Pritchard, who as a town justice and attorney served as a mentor to her. She said he “played such an important part in my life of helping me to get where I am today.”

After accepting congratulations, she gave a charge to the assembled lawyers and politicians before the Town Board meeting: “OK, go do business!” 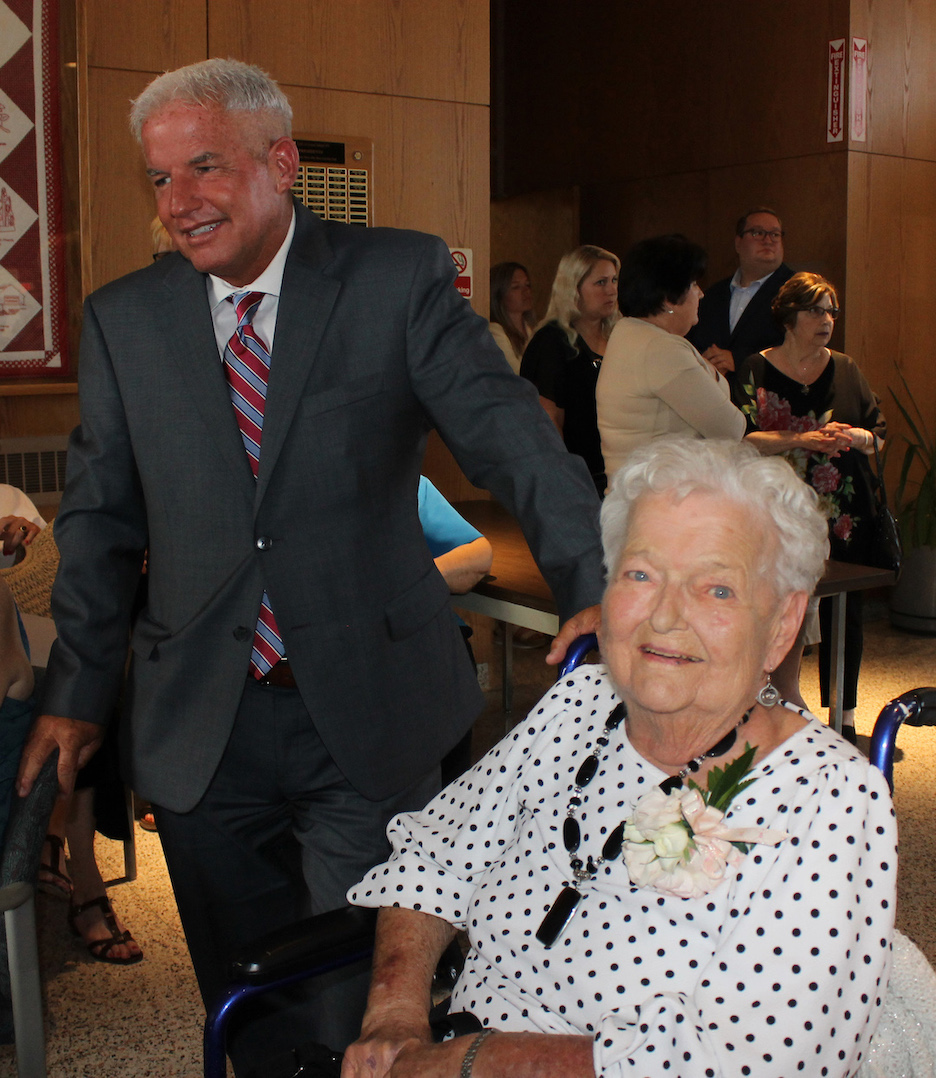 Former Town Justice Sybil E. Kennedy, with her son, Acting U.S. Attorney for the Western District of New York James P. Kennedy Jr., is outside the Grand Island Town Courtroom that has been named after her. (Photo by Karen Carr Keefe)

“I read one time that what’s the best thing a parent can do? What’s a parent’s job? A parent’s job is to raise a responsible child. And Sybil, you certainly have accomplished that tenfold with your children; and more importantly, that has continued on in your grandchildren, as well,” he said. “And to quote from the movie ‘Gladiator,’ ‘What we do in this life reverberates through history.’ Not only will this courtroom reverberate your deeds as judge and clerk, but also the legacy of your children and your grandchildren. Congratulations.”

Kennedy raised two children, both of whom have successful law careers. Deborah Kennedy-Rogoza is an attorney in practice on Grand Island, and James P. Kennedy Jr. is acting U.S. attorney for the Western District of New York. She has five grandchildren.

Kennedy, a town resident since 1960, was honored by the Grand Island Chamber of Commerce as Citizen of the Year in Government. She is past president of the Zonta Club of Grand Island.

For many years, she taught newly elected judges and court clerks about practice and procedure in town and village courts. She is past president and was one of the founders of the Erie County and New York State Association of Magistrates Court Clerks. She is a recipient of the New York State Court Clerk of the Year Award.

While town justice, she created special programs in the court to address the problems of drug addiction and domestic violence.