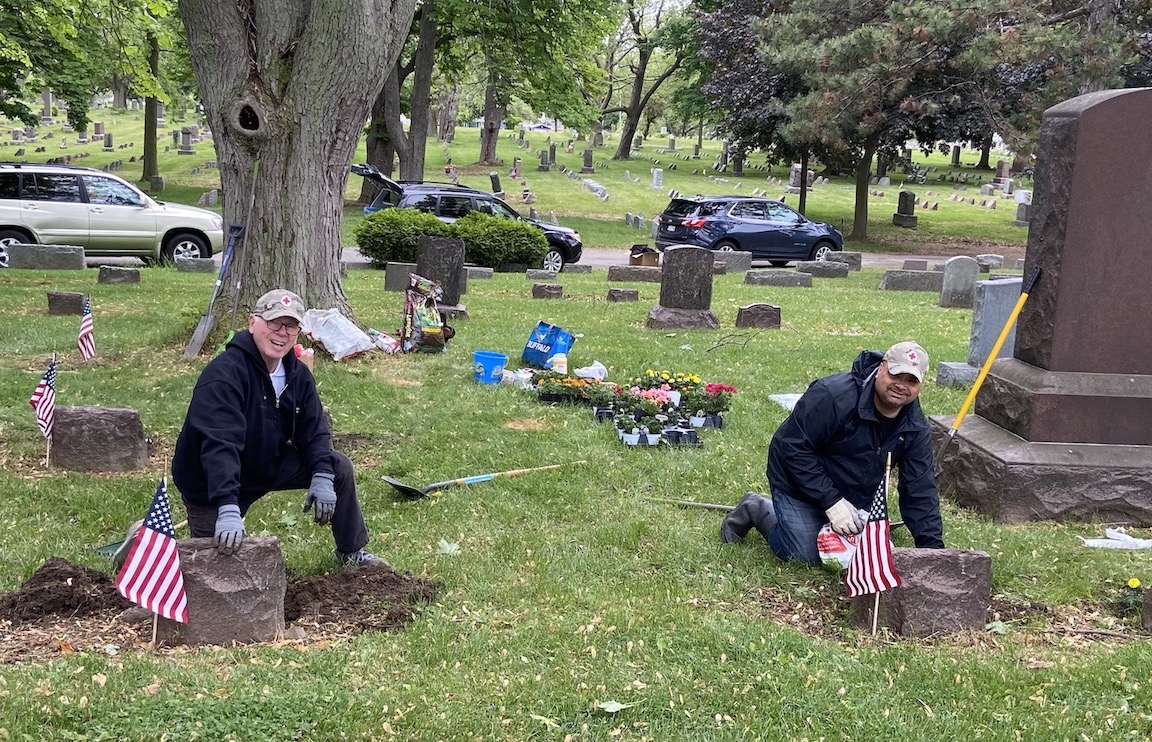 On Saturday, May 29, members of the American Red Cross of Western New York Service to the Armed Forces committee honored the sacrifice of military veterans who lost their lives during World War I by planting flowers in their memory at 82 gravesites at Riverdale Cemetery in Lewiston.

The gravesites, which surround an American Red Cross monument, were purchased by the former Niagara Falls chapter for unclaimed veterans of World War I in January 1919. An inscription on the monument reads: “In memory of those who gave their lives and of those who served and fought in the great world’s war, 1914-1918. That democracy might live and peace and justice reign.”

More than half-dozen Service to the Armed Forces volunteers turned out this Memorial Day weekend to honor their sacrifice by cleaning up the sites and planting flowers in their memory.

“The ability to work with and support our veterans and their families every day is such meaningful work,” said Lisa Taibi, program manager. “Being able to honor the memory of those veterans who are no longer with us is a heartfelt opportunity for which we are deeply grateful. It is our honor to plant flowers and place an American flag for each and every one of these brave soldiers in recognition of their sacrifice this Memorial Day.”

In the past year, Service to the Armed Forces offered critical assistance to more than 1,400 individuals, provided support in 457 emergency communication cases and distributed more than $63,000 in funds to support military members and their families in Western New York. To learn more, visit https://www.redcross.org/about-us/our-work/military-families.html. (Photos courtesy of the American Red Cross) 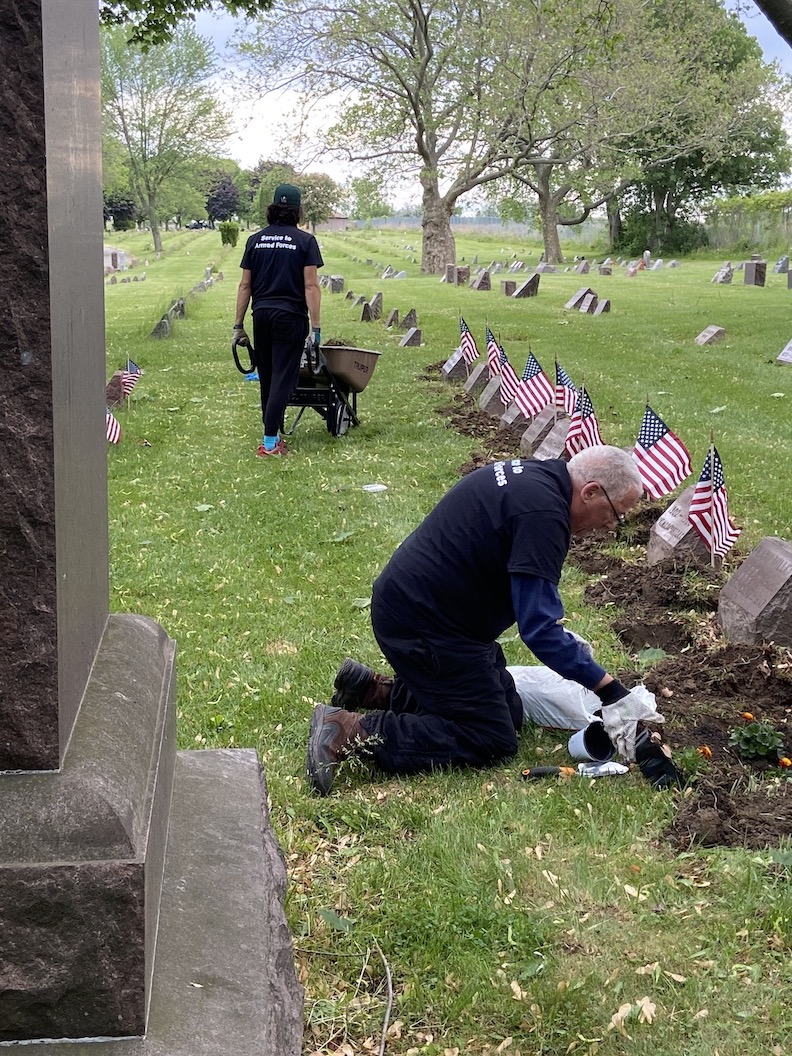 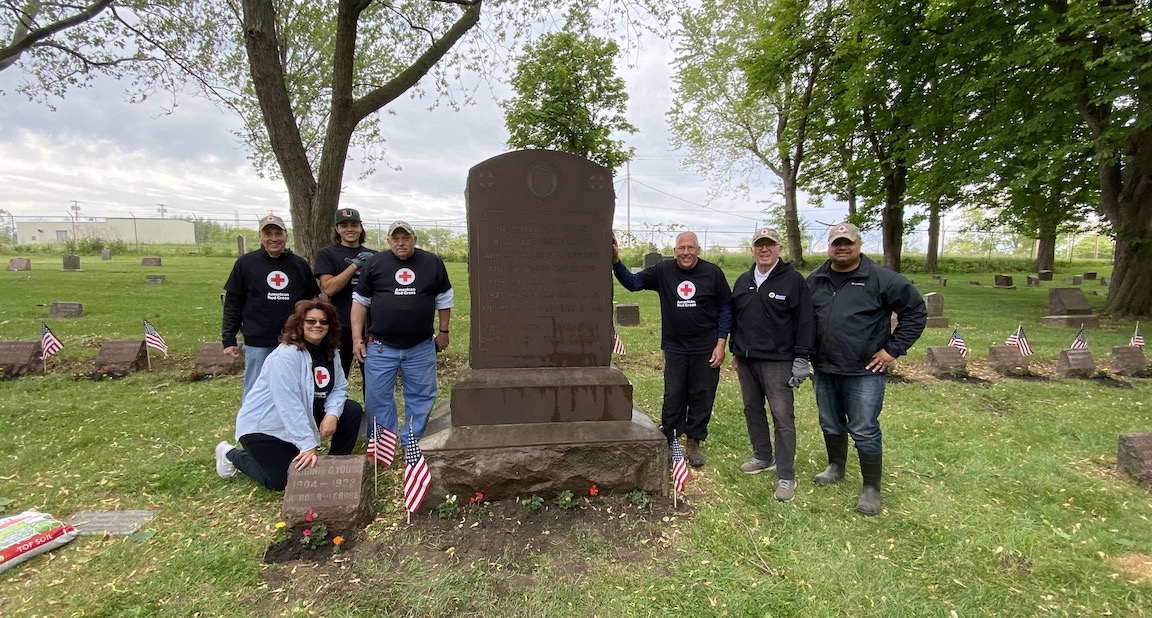 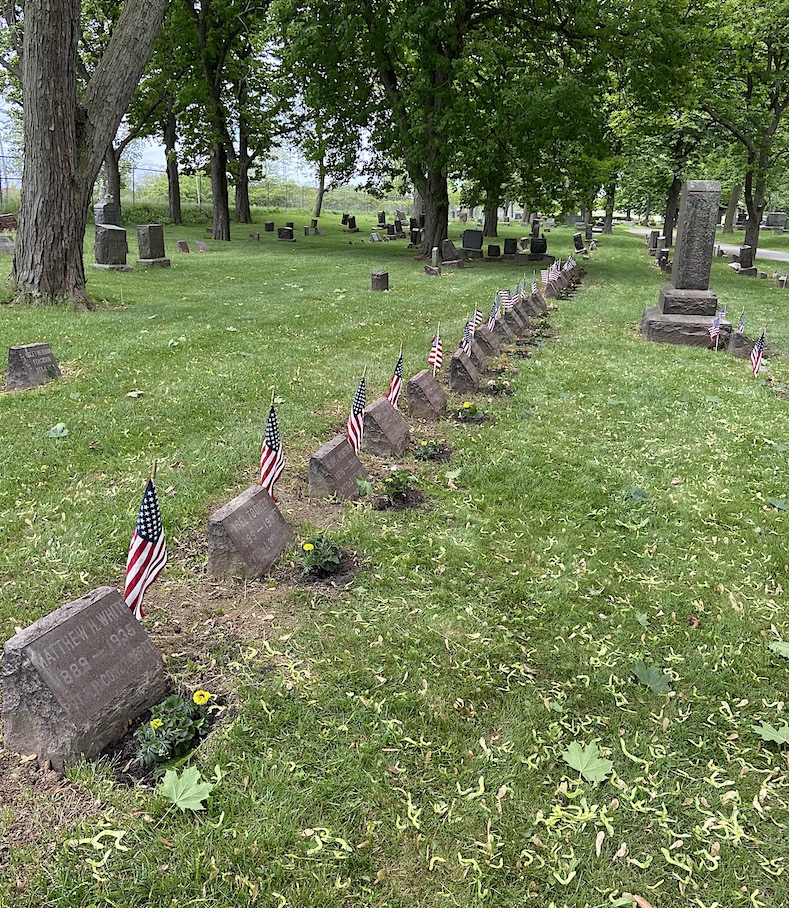 Wheatfield Town Historian Justin J.M. Higner shared, “A Memorial Day inaugural service for the new site to honor our service people past and present was conducted behind Wheatfield Town Hall. Guests proceeding down the service flag-bedecked way included Supervisor Don MacSwan, former Niagara County Legislature William Ross, County Sheriff Michael Filicetti and Town Councilman Curt Doktor and Larry Helwig, among others. The service was conducted by American Legion Post 1451 Cmdr. Michael Nussbaum with assistance from the American Legion Riders, other members and supporters of the legion. This included the Sons of the American Legion and the ladies auxiliary. The legion also received a new memorial wreath to decorate the relocated cenotaph (from Ward Road) alongside a refurbished town memorial wreath and a tributary Wheatfield Lions Club wreath. Chowder and other refreshments followed at the post on Ward Road.

“The memorial and monument project is ongoing but will, itself, be officially dedicated on Saturday, Aug. 7.” 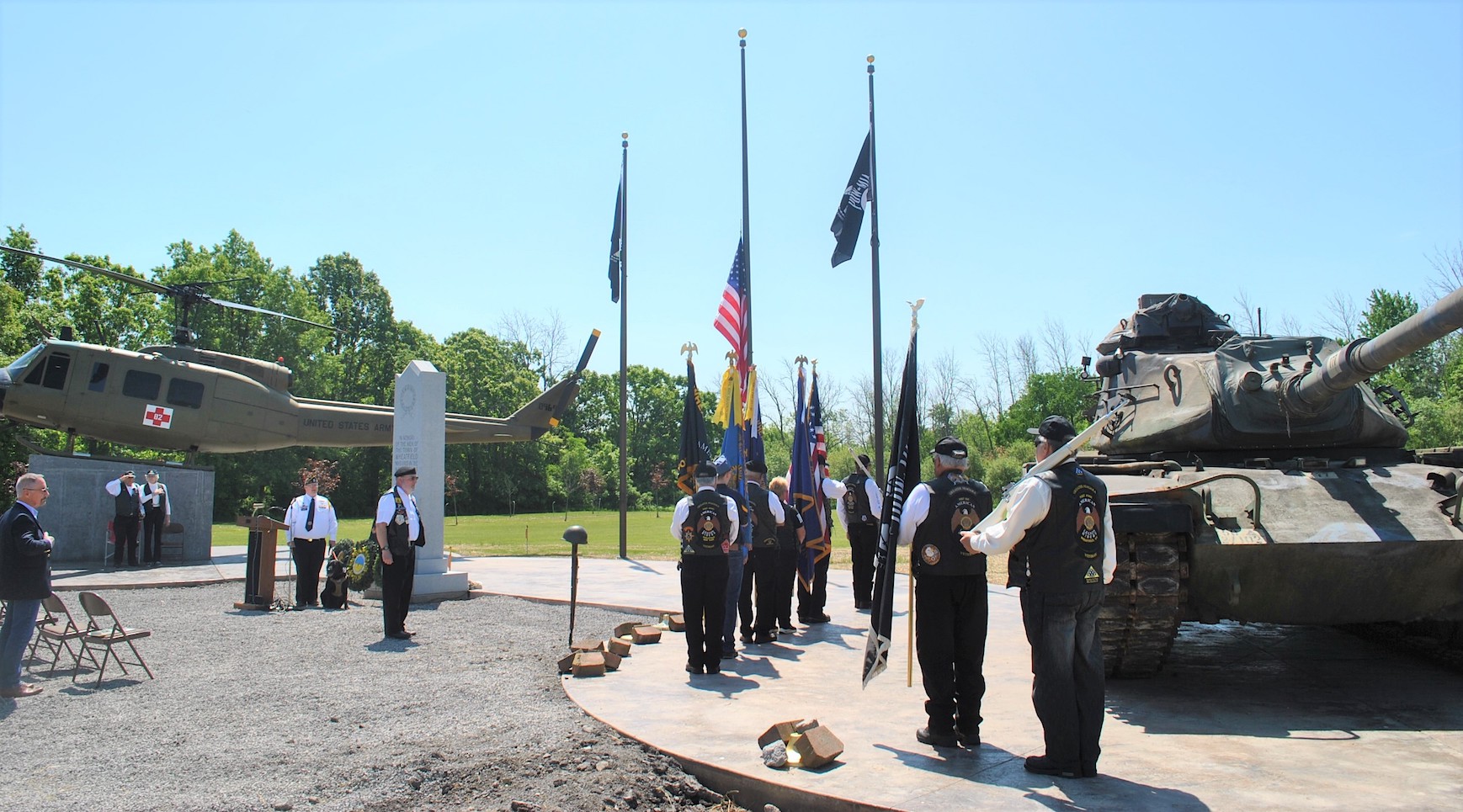 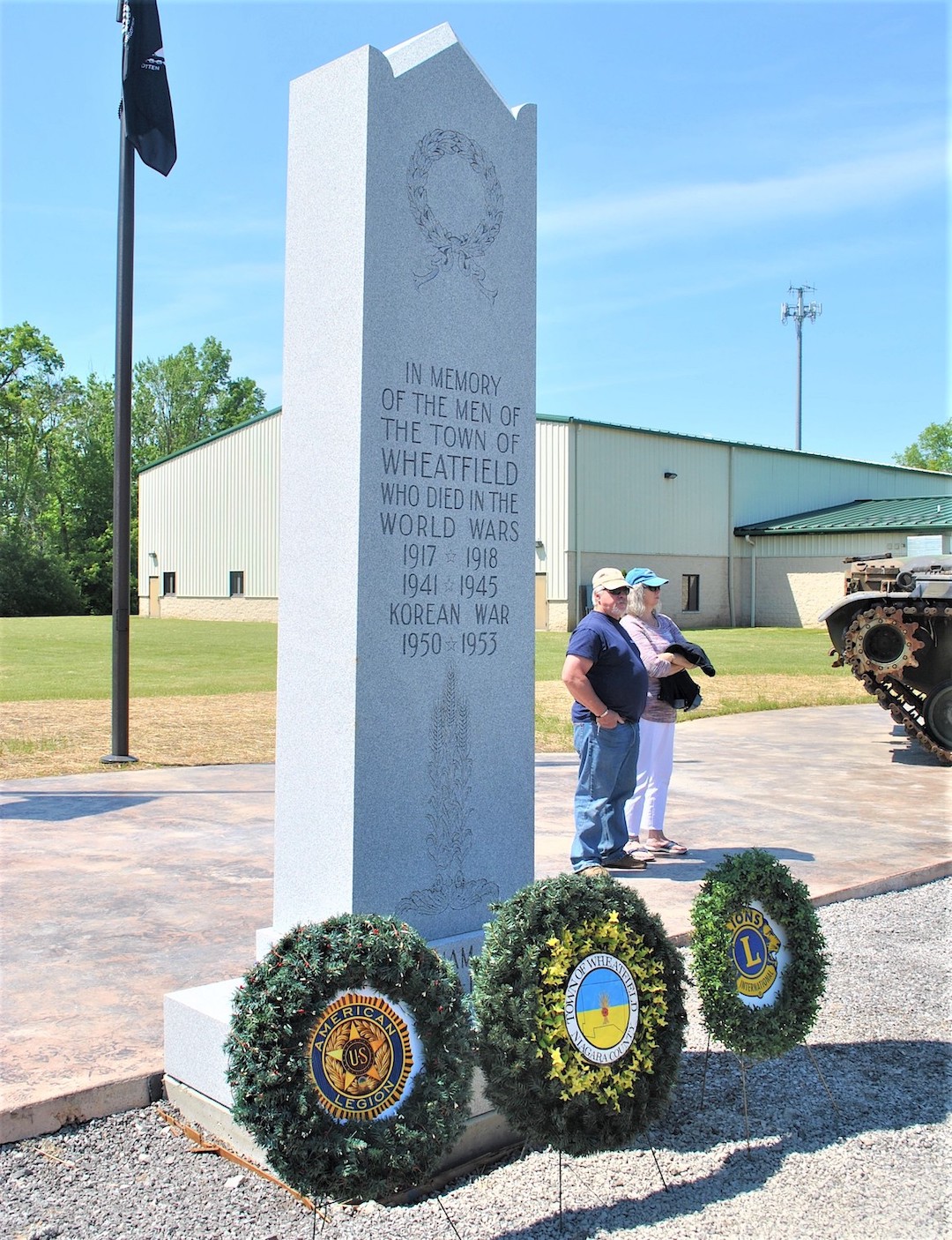 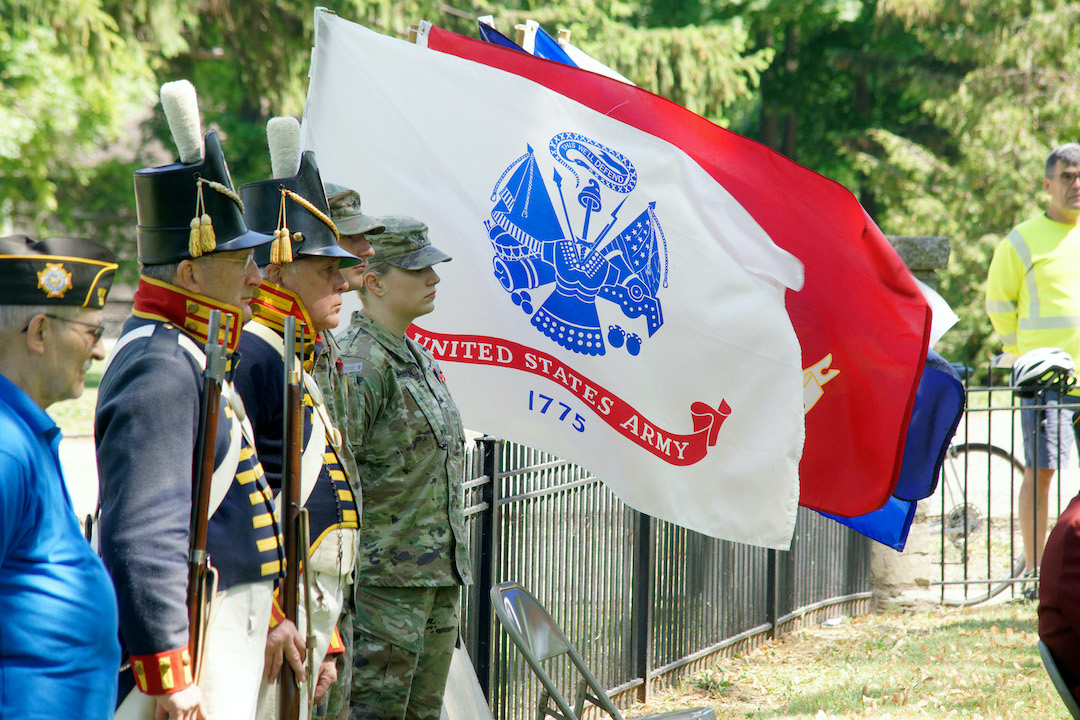 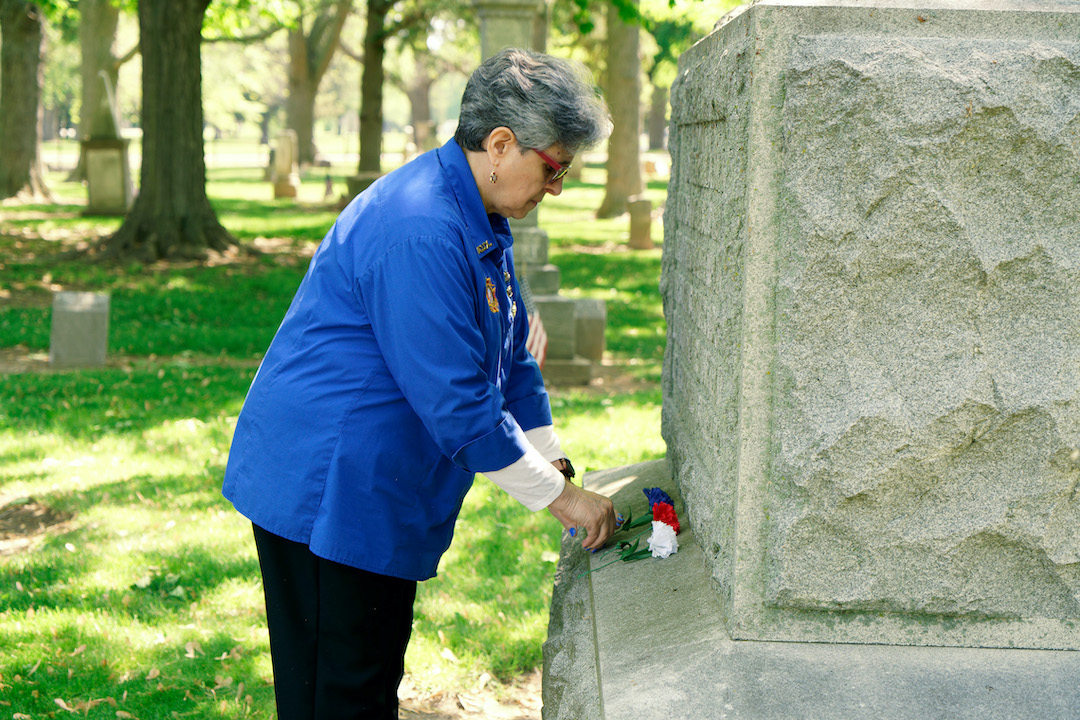