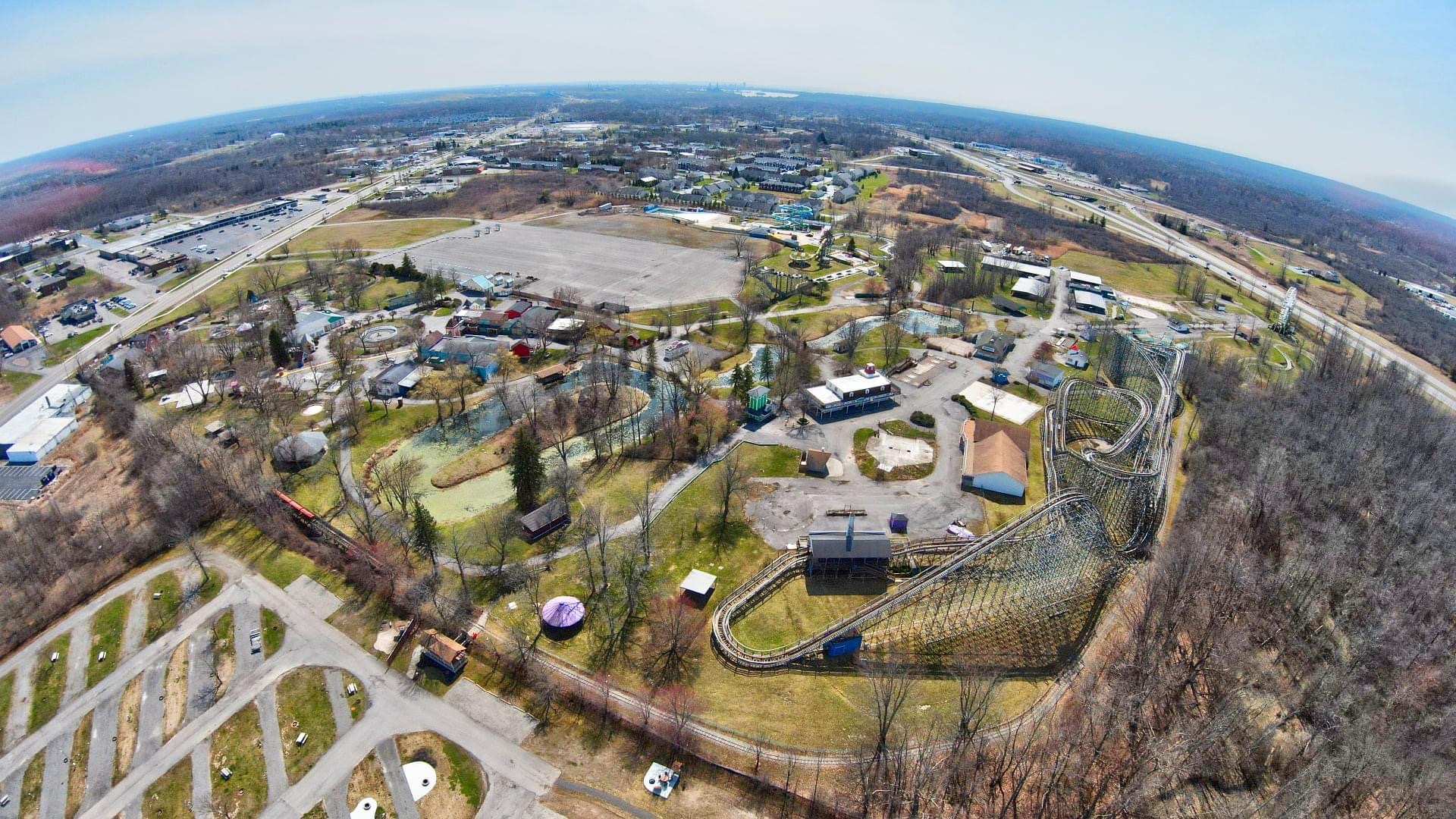 These photos show the popular Grand Island attraction, Fantasy Island, which was closed in February 2020 by its owner, Apex Parks Group of Aliso Viejo, California. An investor who wants to reopen the park is meeting with Grand Island Supervisor John Whitney on Friday. (Photos by K&D Action Photo and Aerial Images)

Grand Island Supervisor John Whitney has confirmed reports Fantasy Island – closed since February 2020 – is the subject of negotiations designed to reopen the park under new management.

“The opportune word there is ‘negotiating,’ ” Whitney said. “It’s not a done deal.”

Chicago investor Gene Staples is in talks with Store Capital Real Estate Investment Trust Co. for a long-term lease to reopen and operate the amusement park at 2400 Grand Island Blvd.

How close is Fantasy Island to reopening?

“I can’t say, because, again, that all depends on two private parties where we don’t have any input in their decisions,” Whitney said. “But we are very, very hopeful that this does come to fruition.” Whitney has spoken to both parties in the negotiations.

“You know, Fantasy Island has been here for 50 years. It’s so interwoven to the fabric of Grand Island, when you say, ‘Fantasy Island,’ everybody knows you’re talking about it’s on Grand Island.”

He said it’s a family tradition for many to go each summer to a family-oriented amusement park: “Kids have gone there, that grew up on Grand Island, through working there, through taking their own children there now.”

Whitney will be meeting Friday with Staples, whose Niagara Amusement Park Holdings LLC is the prospective park operator. After that, the supervisor said he would have a better idea of if and when the park could open. He called the current state of negotiations “a tentative agreement.”

Whitney said having Fantasy Island back for residents and tourists would be an economic boost.

Some Islanders have worried that, as certain key rides were dismantled and sold off, there wouldn’t be enough “there there,” for a new investor to make a go of it without a huge infusion of capital.

Whitney said, “What Mr. Staples explained to me is that he has rides. He wants to make this more of an amusement park – a family-oriented amusement park. He doesn’t want it to be a carnival ride sort of thing.

“It does have a specific niche; it always has. It’s been geared toward the families with younger children.

He said there’s been some exploration of a possible local incentive package for Staples.

“We’ve already reached out to Erie County. We reached out to Assemblyman (Angelo) Morinello. We’ve reached out to Empire State Development Corp.,” Whitney said. “We’re trying to find out if there’s ways that we can help them obtain funding – New York state – that will benefit and offset some of the capital that they have to invest in this park to bring it back to life.

“I’ve already had contact with the Industrial Development Agency. They don’t feel it’s a fit with them because this is a totally retail operation; it’s not an industrial situation.

“We’re still pursuing everything we can. We’re going to try very, very hard to help and assist them to make this project happen.”