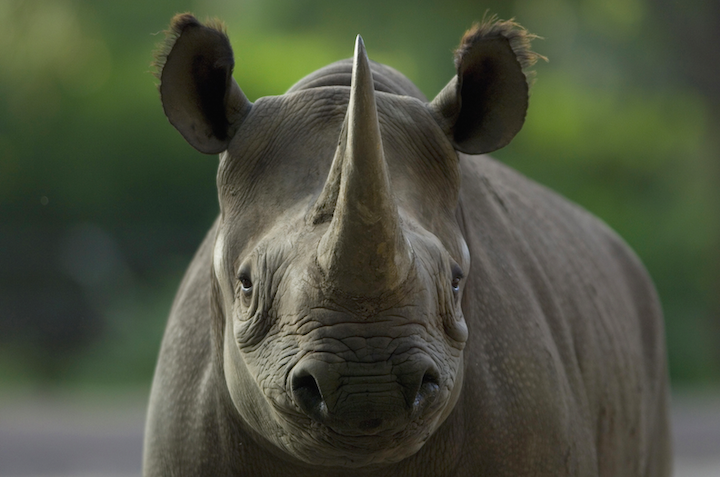 Why the rhino matters

We have a responsibility to protect those who don’t have a voice.

The rhino is not an animal you hear of much. Somehow if the problem isn’t right in front of people, it is easier for them to ignore it. The human population can’t ignore it anymore, we are the problem, and this is now a crisis. The decreasing numbers are a cry for help for these extraordinary animals. If we had the power to save the rhinos who have done nothing to us, why wouldn’t we?

They can’t save themselves, it’s up to us. 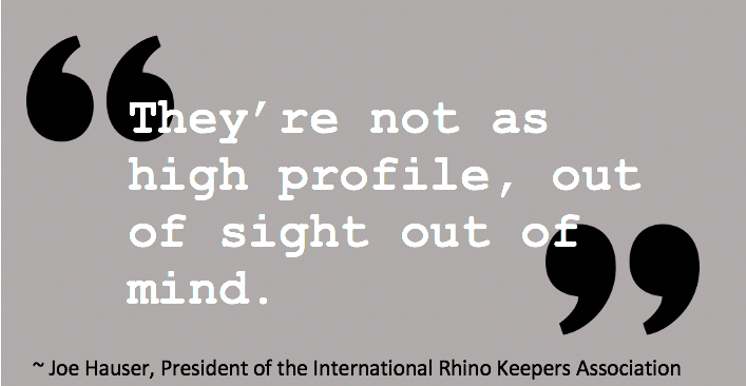 “They’re not as high profile, out of sight out of mind,” president of the IRKA Joe Hauser said.

Rhinos benefit the world because they are basically walking fossils. They have been around for millions of years and their only real threat is humans. Rhinos are gentle creatures that do not harm us, they benefit other species, habitats and communities just by being rhinos.
Rhinos benefit mankind because of the natural resources within the rhino habitat with food, fuel, and income. Being one of Africa’s “big five,” the rhino brings in large sources of income. The big five represents the difficulty in hunting the lion, leopard, rhino, elephant and buffalo. Dangerous species are huge prizes to trophy hunters. By helping protect rhinos, we make sure natural resources are coming into the local communities for generations to come.

Why should we care?

“It’s important for us to bring that species to life to make sure people are aware that these animals are literally on the brink of extinction.” Said Joe Hauser, the president of the International Rhino Keepers Association.

Rhinos are one of the most beautiful and longest living mammals on earth. Now being endangered it is our job to protect them. Help those who don’t have a voice, help those who are defenseless. Rhinos have been on earth for around 50 million years, and it is our job to keep them here. As big and as strong as they look humans are their biggest threat. This ranges from poaching to habitat loss. Saving the Rhinos would not only keep an amazing animal on earth but also saving the crucial role in the ecosystems they affect.

Rhinos are in need of our help. The White rhino has actually been brought back from the brink of extinction thanks to successful conservation efforts. It is a crucial need to repeat these actions for the current endangered rhinos.

“It’s magnificent, it has inherent value, there’s something awesome in the sense of awe provoking about the natural world. There is something about a large mammal where we can see their behaviour and it’s so interesting and different than we behave, that it is hard not to find it breathtaking and to think it’s almost gone is heartbreaking,” Animal ethics Professor Dr. Levin said. 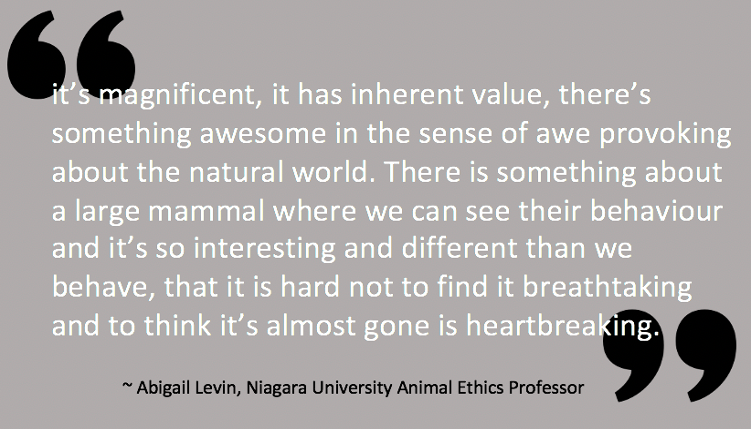 Helping to save the rhinos not only fights for the animals themselves but helps conserve the habitat. This benefits the people and local communities as well.

Helping to save the rhinos not only fights for the animals themselves, but helps conserve the habitat. This benefits the people and local communities as well. Rhinos help keep a balance within the ecosystem. Keeping the land habitual with plenty of grazing and consuming large amounts of vegetation, they will continue to shape the landscape – each rhino playing an important role in where they live.

As rhinos have been around for many years, they create a lot of tourism. With these animals on the way to extinction, the protection is also a huge part of ecotourism, which is a big source of income for locals. The protection creates tons of land for conservation purposes, benefiting other species such as elephants in the conservation as well. This goes to show that rhinos benefit the communities, species and habitats around them.

There are five species of Rhinos. Each species having unique attributes to tell the difference.

Three out of the five species are endangered: Javan, Sumatran and Black. As some are on the brink of extinction the number of total rhinos have extremely decreased. There used to be around 500,000 rhinos once roaming free but today there are approximately 27,000.

Very few rhinos can actually survive in the wild by themselves. National parks and reserves are essential for the species to live because of these current threat factors. Rhinos have been endangered for decades now because of the continual decrease of these animals in the wild. Without our help this beautiful animal could face extinction in the next 10 years.

“Think about the future generations, I think differently now that I have a 2-year-old daughter, what if she never sees a rhino,” Dr. Levin said.

How does it affect us?

Morally we should tend to those suffering and help those in need. Not caring about what’s on our planet and running species into extinction will only affect us in the end. Conserving habitat and saving the rhinos not only protects the animals but also the local people.

In Africa rhinos are important because of their grazing habits. This helps shape the landscape for all wildlife and the natural resources for the local communities around. The solution for this cause needs to come globally and help those in need.

Powers Project Podcast is a podcast that looks on the outside of the box. It is a thought provoking take on life itself. Kurt Powers runs the podcast and does an excellent job at providing a different way to look at life’s problems and opportunities. The end of last year he posted a podcast about saving baby rhinos. He speaks about poaching as a threat of existence and what humans can do to help.

“If we allow the extinction of these amazing creatures, how do we not see that the mindset would very likely be the cause for our own extinction in the future.” Powers Project Podcast founder Kurt Powers said.

What are the threats?

The biggest threat to these huge animals is poachers. They brutally saw the horn off and kill the rhino. This is illegal but many horns are sold on the black market. The black market is a transaction platform where illegal purchases are made. These horns can sell on this platform for thousands of dollars. Mainly used for decorations and in some cases for Asian medicine. The horn is made from keratin, which is protein and is said to treat illnesses when in powder form. Poachers only take the horn from the rhino and leave the animal to die. This crisis began in 2008 and is still affecting Rhino population today.

“What kind of people are we if we allow such a magnificent animal to become extinct for our own greedy purposes?” Powers said.

Poaching has decreased with COVID-19 but is expected to rise up again. Due to travelling expenses and quarantine, the selling and moving of the horn is at a slower pace.

Another threat is habitat loss. Where rhinos are found, in Asia and Africa the human population continues to increase, meaning the rhino habitats are shrinking. This is because there is a clearance in the land to make room for human settlement, giving the rhinos another barrier to overcome. Their habitat is needed for their numbers to even survive let alone recover. 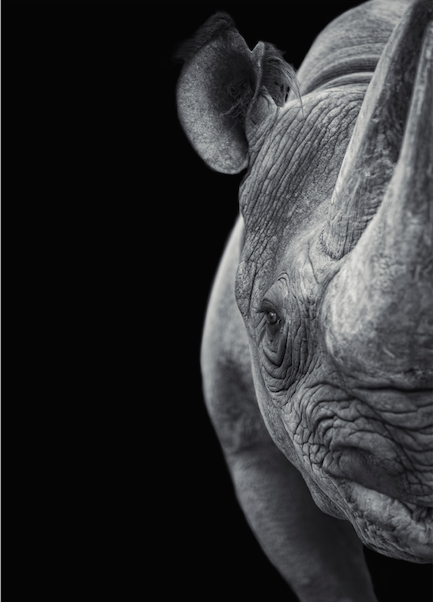 There are many organizations and fundraisers in place for saving the Rhinos. It’s going to be a global effort in order to save these animals. Although there are no rhinos in the western New York area Buffalo Zoo has still played a role in helping to Save the Rhinos.

Buffalo Zoo Assistant General Curator Joe Hauser who is President of International Rhino Keepers Association, said the Buffalo Zoo will continue to help as needed. They had started fundraising a few years ago but have gone through chances in attempt to do more for the species suffering the most.

As the problem is large at hand the zoo decided to take on a smaller portion of the suffering animals.

In the start of the campaign a few years back the Buffalo Zoo was campaigning for all species and giving the proceeds to a variety of different organizations. They have held a fundraising bowling event in support of the Sumatran Rhino. The day for this event is not determined yet for 2021 but is held in August or September.

“We changed it to save the rhino because we were concentrating on the Sumatran rhino because they needed a lot more help at this time since there’s only about 50 left.” Hauser said.

•More information on and donations to Buffalo Zoo:

National Day for the Rhinos

“It’s important that we save the rhinos for our own humanity,” Powers said.

This day was created from the World Wildlife Fund-South Africa in 2010 to raise awareness for this cause. It’s a day to realize how you can help and do your part. The five species are celebrated through fundraising.

•Organizations that help with the cause: